The past few days have been sunny and warm and we've had the time to be outside enjoying the weather in between night shifts.

In the above photo, see the fencing in the background?  It's a little mangled after a run-in with Brook.  Despite being blind, all three of the visually impaired run around the yard at high rates of speed and somehow rarely run into anything. They are able to navigate around trees, the deck and know when they are getting close to the perimeter fence.  The little soft fencing around the garden sometimes gets bumped into. Brook miscalculated and ran into one of the wooden supports for the fence and knocked it out of the ground. She tumbled into the plants but quickly jumped up and kept going.

Azule is still wearing her cone and her ear is healing very well with no need for surgical repair.  She has adapted amazingly well and doesn't seem bothered by it all.  Breeze will often stick her face in the cone to snuzzle Azule and I've also observed her grabbing the cone and pulling Azule around.  That, combined with the day to day rough and tumble activities has resulted in a few duct tape repairs. 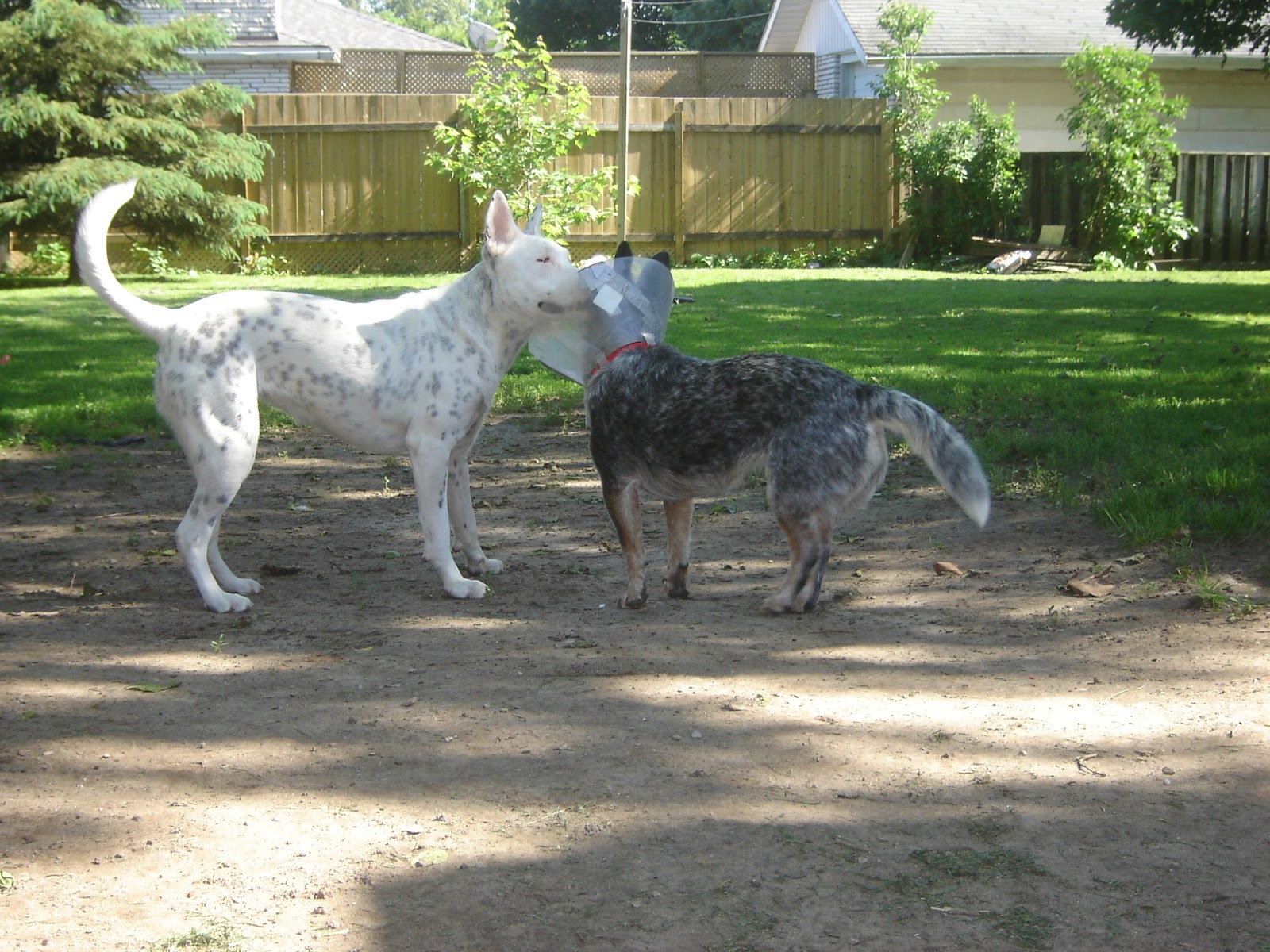 When the pack got too warm from the sunshine, they moved over to the cool dirt in the shade of the fort for a continuation of nap time. 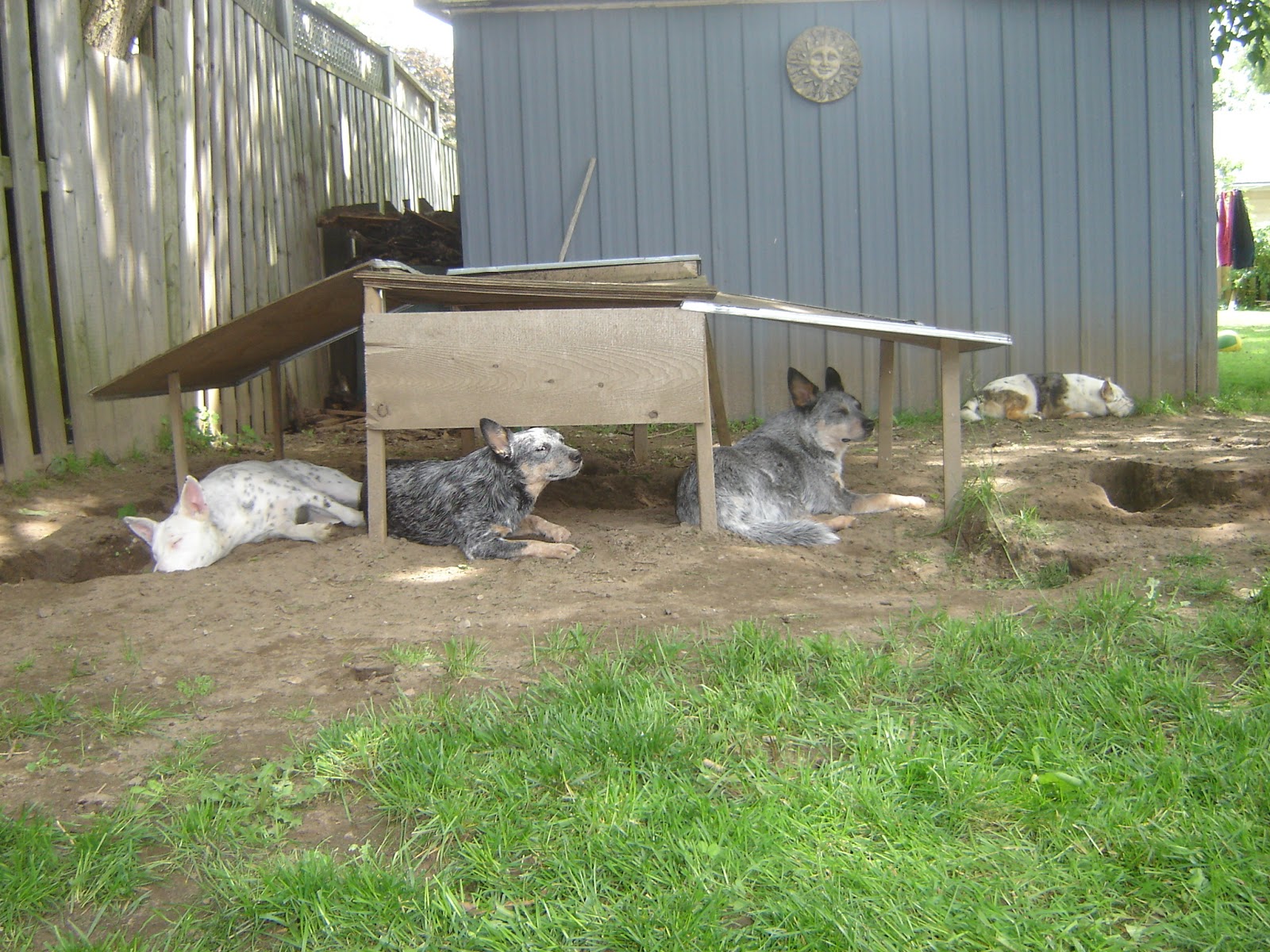 Bill tried out the patio stones for a mixture of sun and shade. 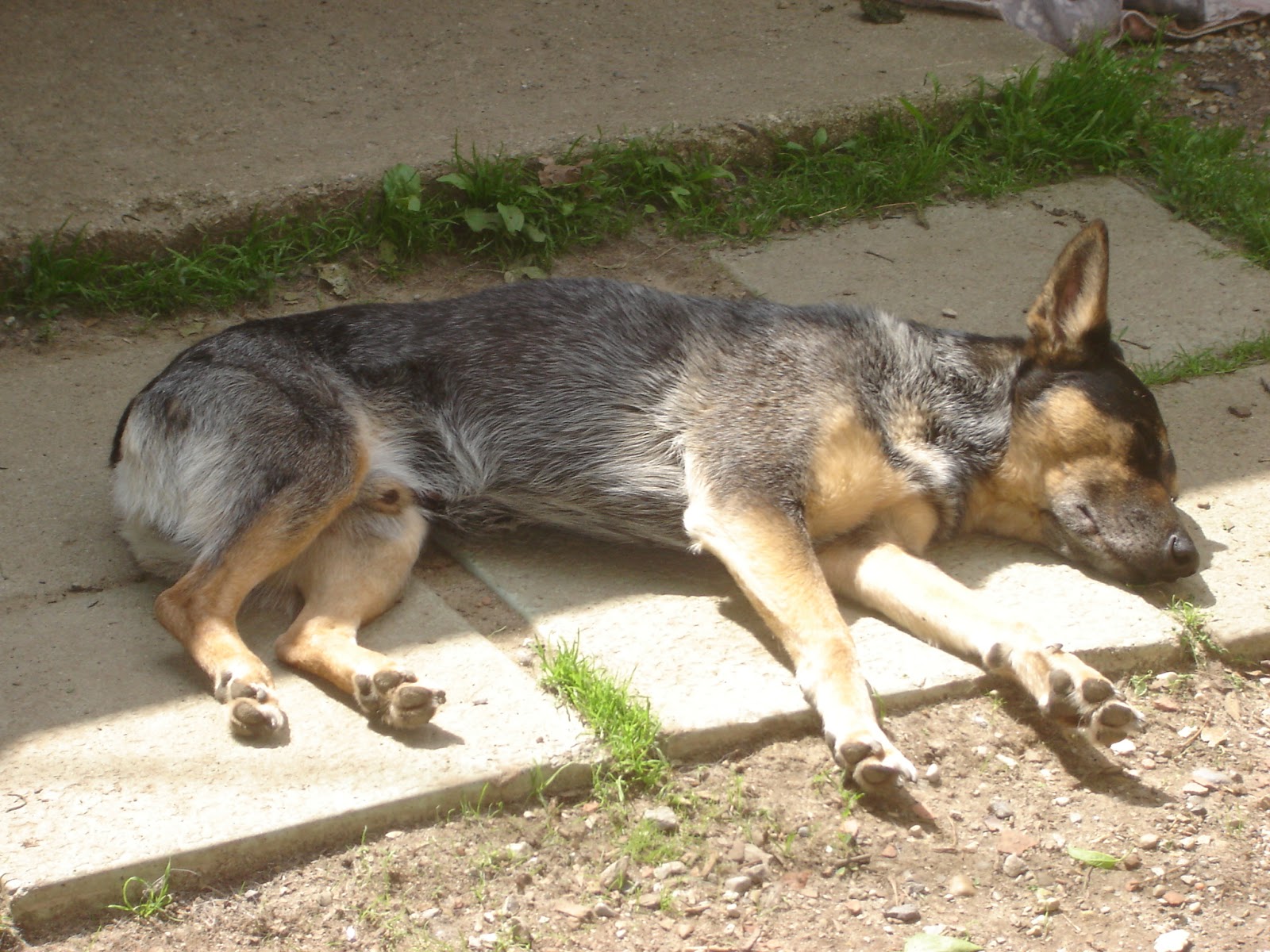 Callie hasn't been able to get out and play lately since she hurt her back leg.  We are insisting on rest as recommended by our vet.  So, no JollyBall, no frisbee, nothing physical.  She is doing well with stuffed Kongs and extra chew treats.

We are hoping for more sunny days and for Callie's leg to be better so she can get out and play.
Posted by acd6pack at 19:56