As you can imagine, a home with a pack of dogs that include some "specials" is always a bit busy but lately, we've been doing lots of renovations and trying to figure out what has been bothering Callie.

Since I was off for a few days, it was a great opportunity to do some more painting.  Elsie was quite interested but kept her nose out of the paint. 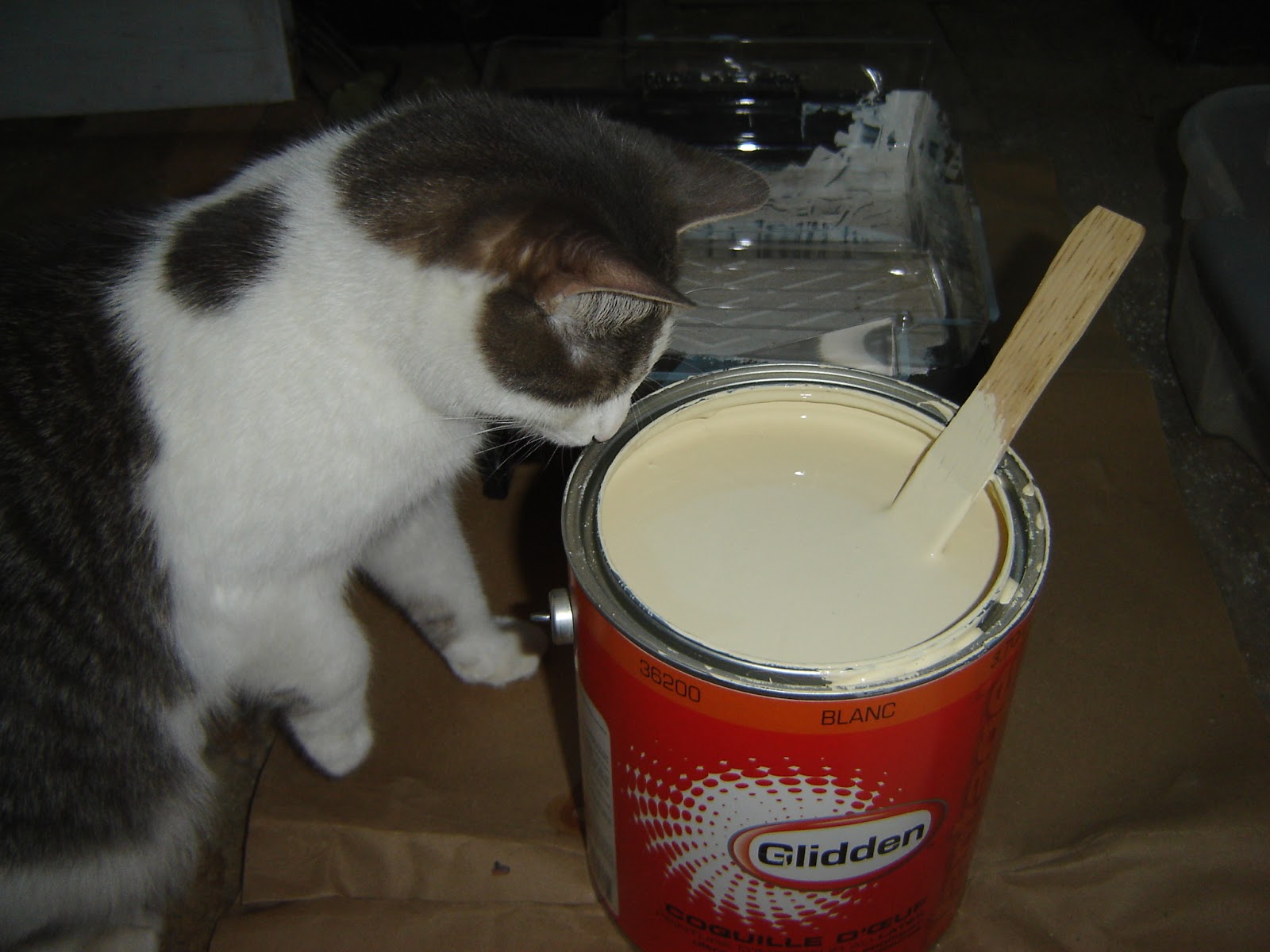 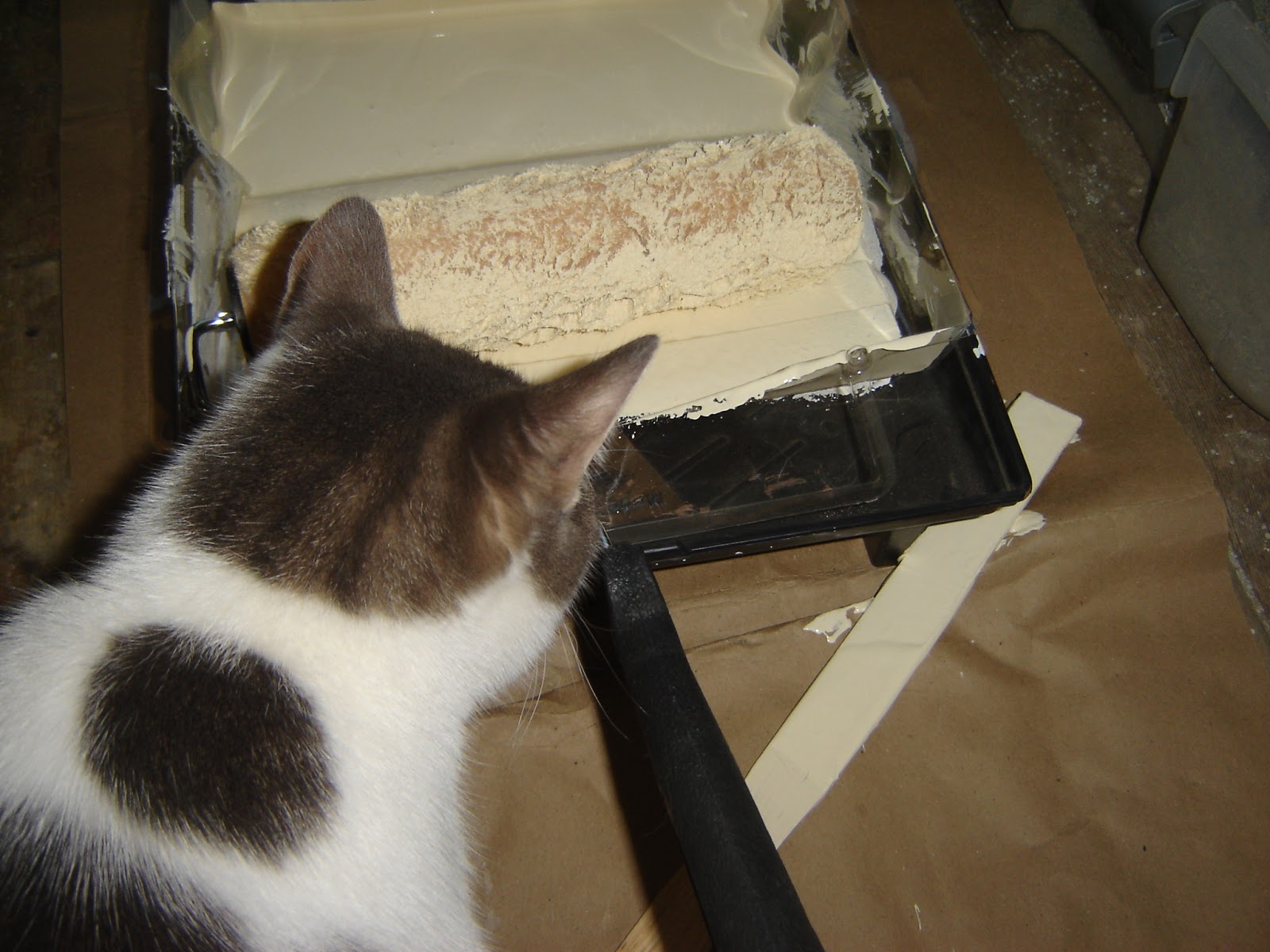 She has settled in very well and is relaxed around the dogs except for the occasional moment when Forest lunges at her.  I think he likes to make her jump because he acts all innocent like he has no idea what is going on!

I didn't want any dogs in the room I was painting so I gave them something different to play with. 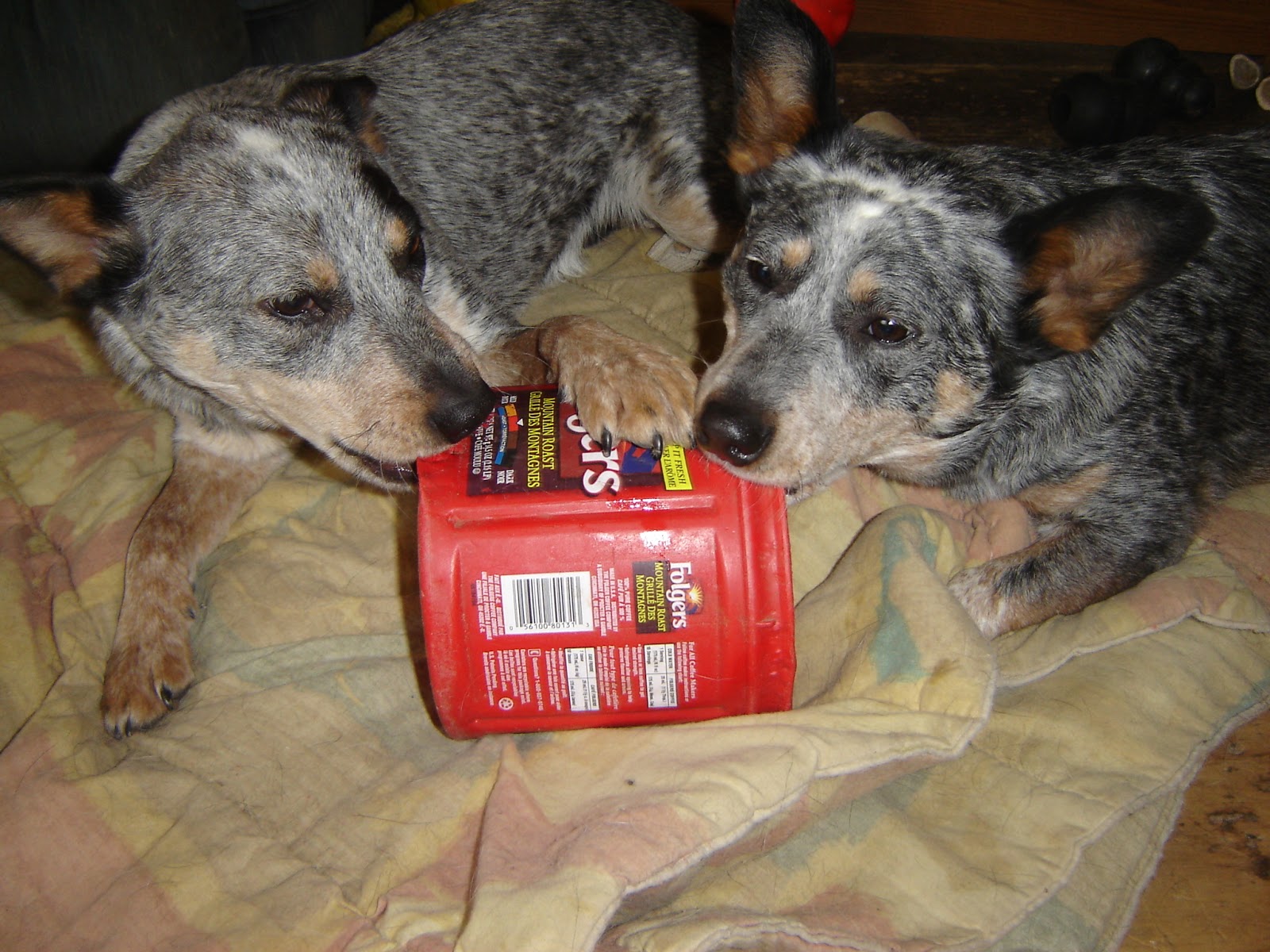 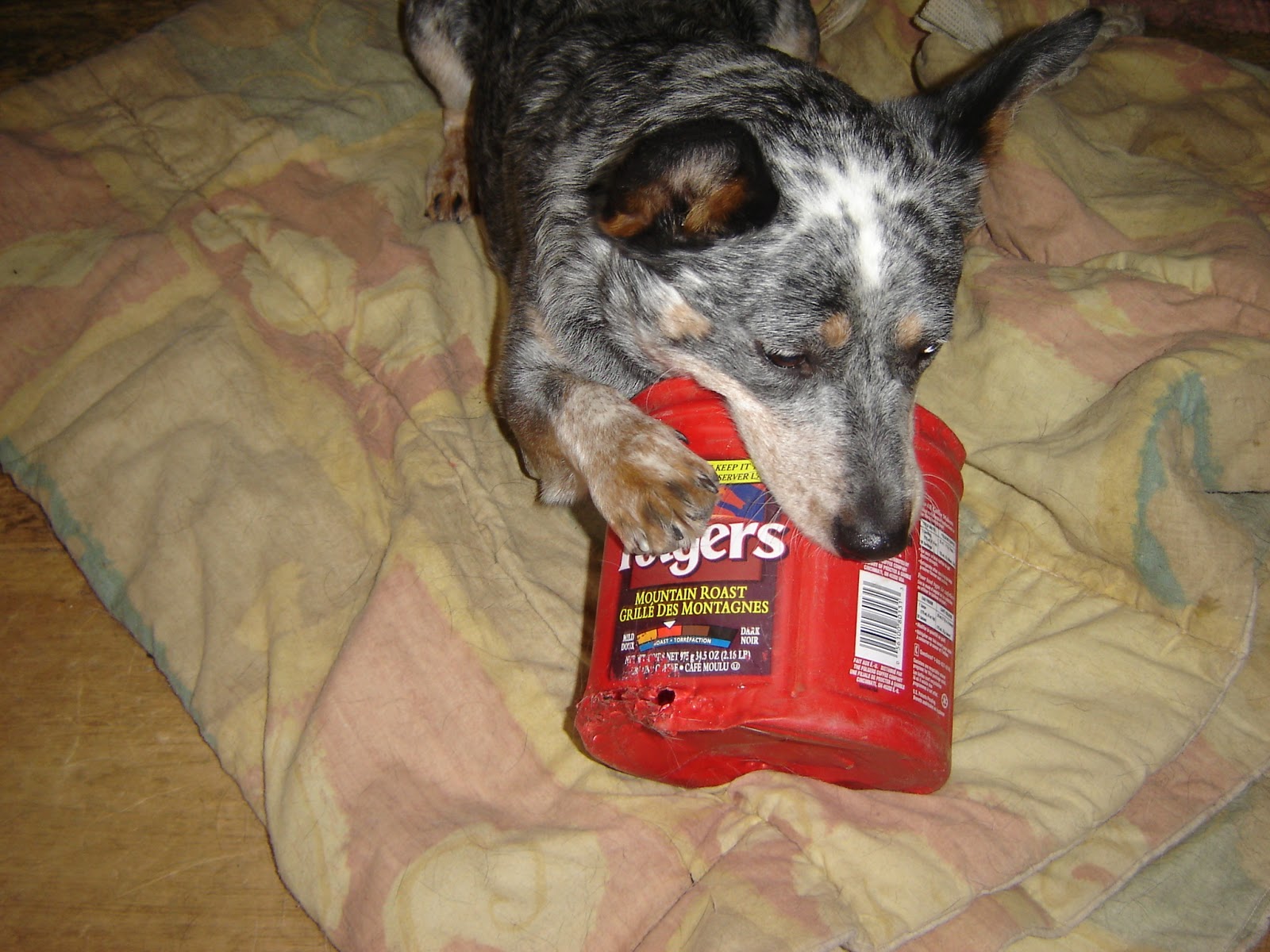 Yes, that's a plastic container from coffee.  They had a great time with it, chewing, playing tug and chasing it around the floor.

Callie helped with some repairs to a cabinet. 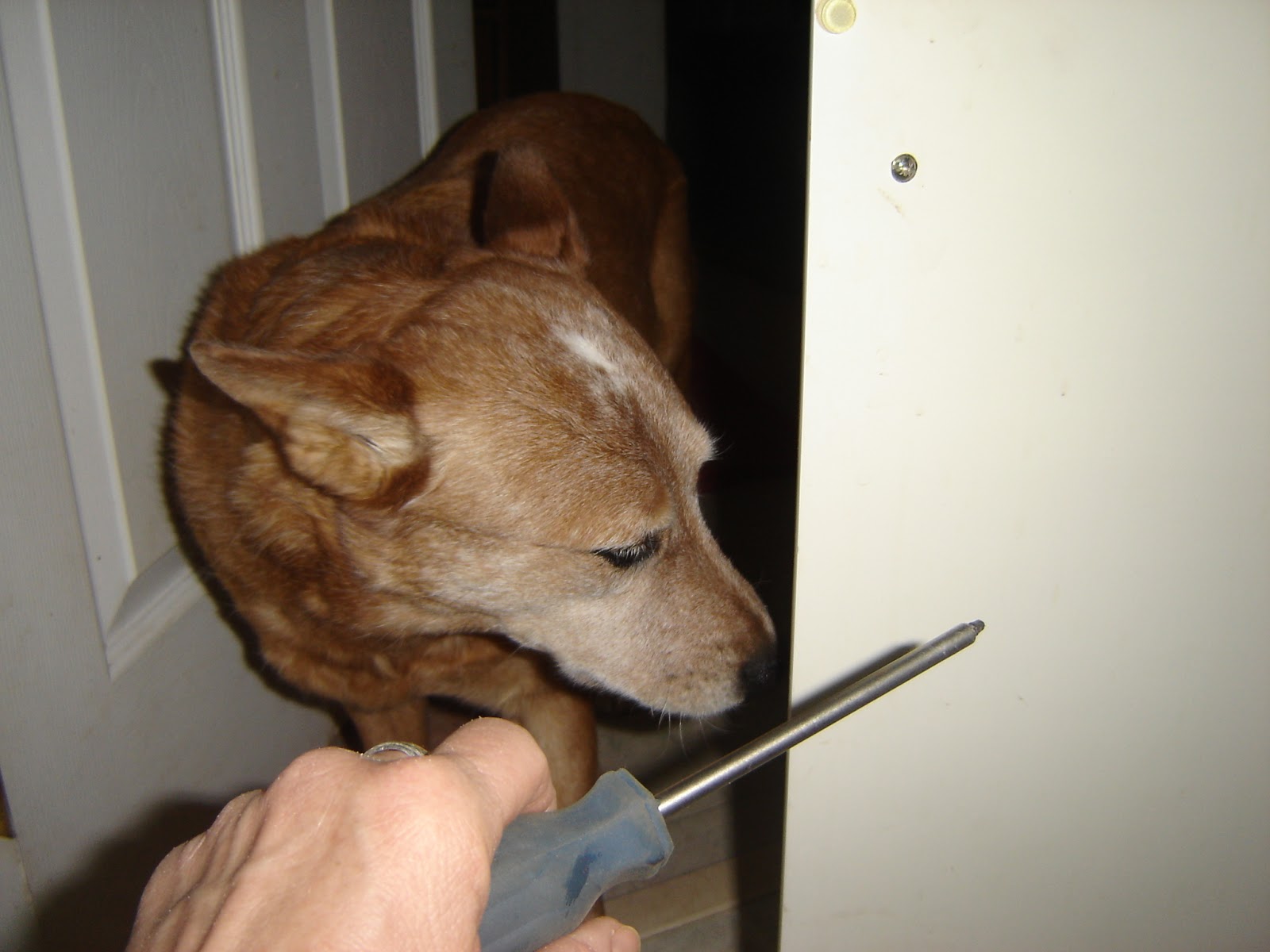 As usual, there was the supervisory crew. 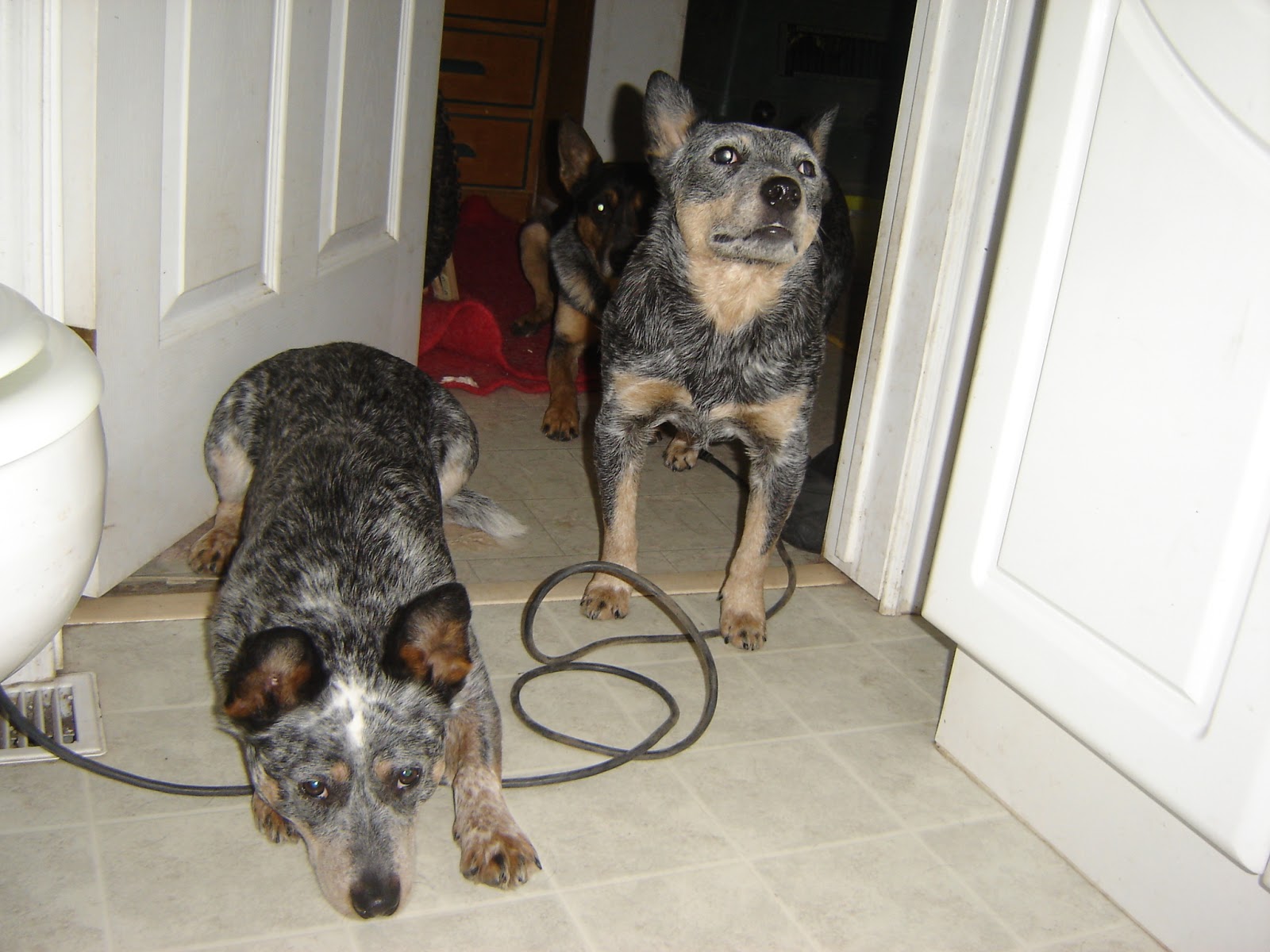 Safety is always important when doing any type of renovations and here is Azule who knows the importance of safety glasses. 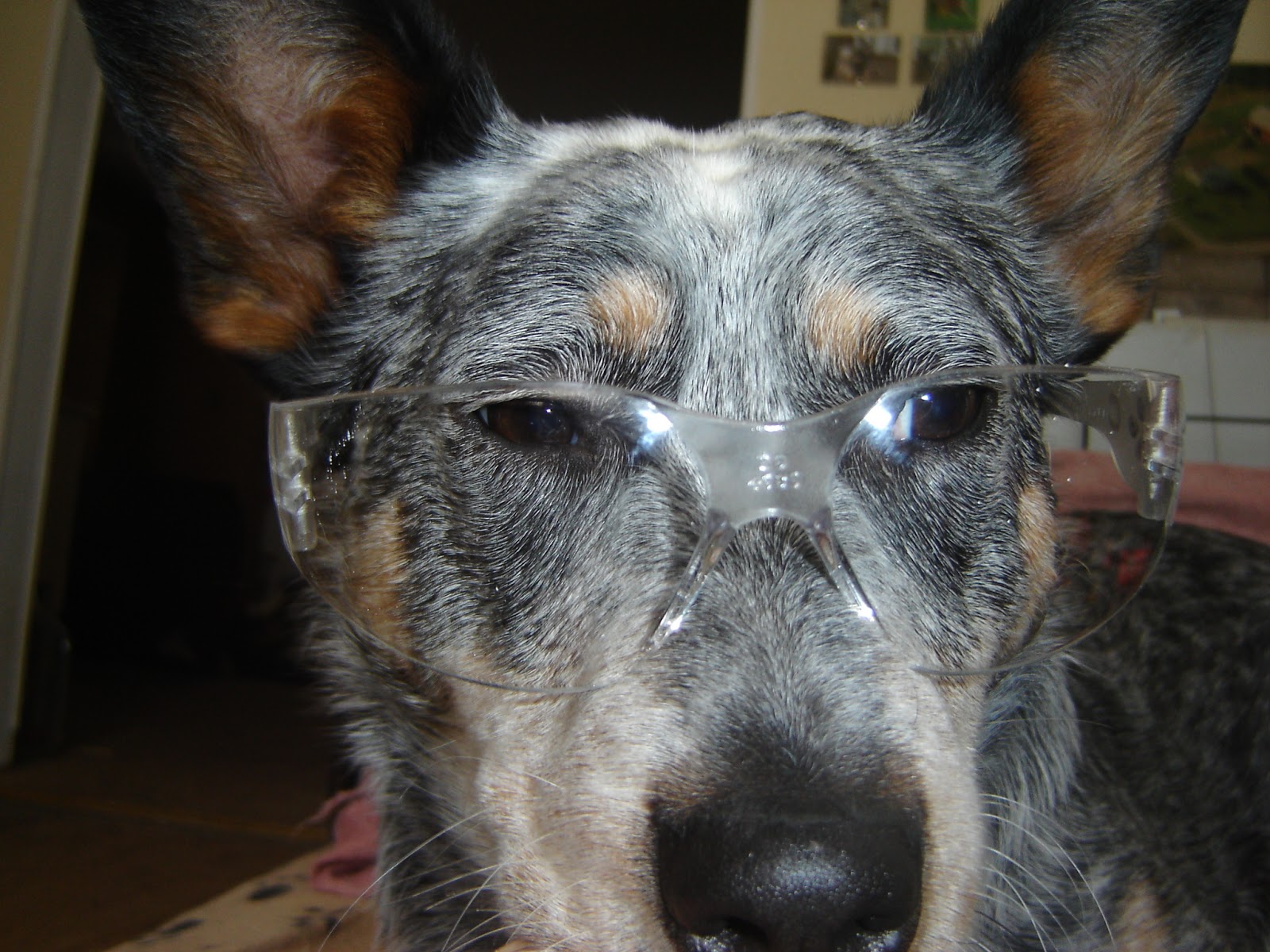 I decided to remove the crate that Callie has had for the past five years, the one that seems to be bothering her lately.  The door has been mangled and barely closes so I removed the crate and put another one in her room. I left this one uncovered, previously, her crate has always been covered on the top, just with an old bed sheet.

Callie was outside while I did this and when she came in, she seemed excited and happily went in and lay down with an antler. 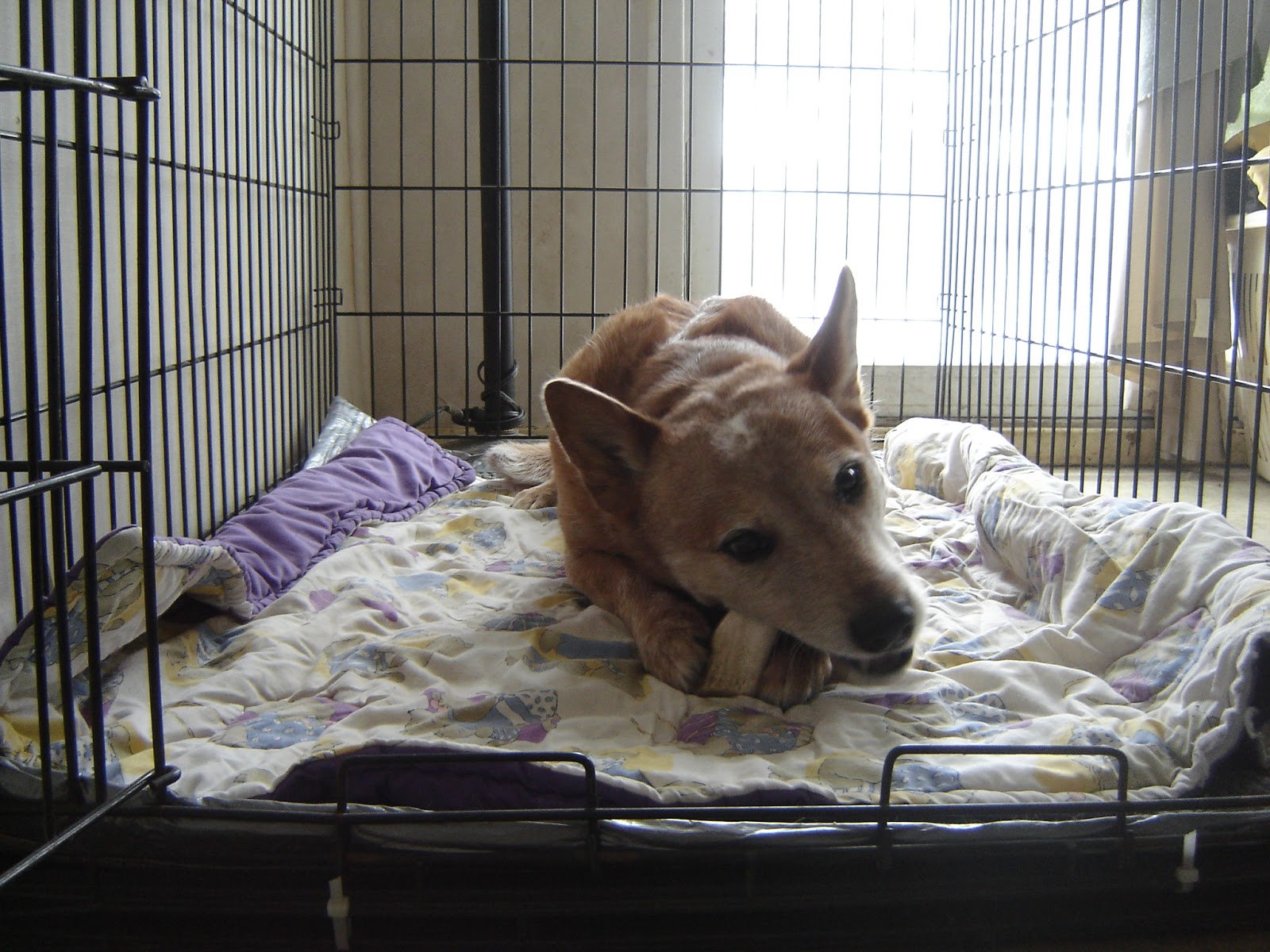 This crate is the same style as the old one, same type of bedding and is in the same location.  She was in and out for a couple of hours while I was in the kitchen cooking and tidying up after dinner.  Callie seems happy and that's all that matters.  We are off to the vet on Wednesday for a check-up, a couple of months earlier than her yearly check, just to be sure there is nothing physically wrong.
Posted by acd6pack at 07:38