A couple of days ago, at work, one of the front end staff called me:

“There is a gentleman here who is looking for someone to take his dog. Would you like to talk to him?”


I went up to the front of the store and followed the elderly man out to the parking lot and heard his story.  He said that it was just him and the dog. Last winter was really hard on him with all the snow so he had decided to move to a senior’s residence.  (He did say that he was only staying for the winter but we all know that it is not a seasonal residence. He will be staying) The man went on to say that he had been asking around but “nobody wants her.”

Further conversation revealed that his dog was a 14 month old black lab named Molly that he had gotten as a puppy.  (Lets not even bother with why an elderly person gets a puppy) She had broken the chain he “put her out on” a couple of times and went to the neighbor’s dog to play. “The neighbor don’t want her either.”


I asked about Molly’s health - “real good”  and was she spayed? Yes.

Well, you know where this going, don’t you?

I told him that he could get in touch with me at the store, expecting sometime in October/November.

An hour later, he returned with Molly for me to take her home.  He said, “I just want to get this done and I am afraid that you’ll change your mind.”

Between you and me, I think that he was overwhelmed with such a young and rambunctious dog. My main thought through all this was that the man was desperate and I was afraid that he would give her to the first person who would take the leash (which is actually what did happen) and who knew what type of person or home she would end up with. At least here, she will have a warm, dry and safe inside place to be, a large, secure fenced area to play and regular nutritious meals. On top of that, there are playmates, lots of love and of course, the treats.

I met the man the following day and I brought her home. 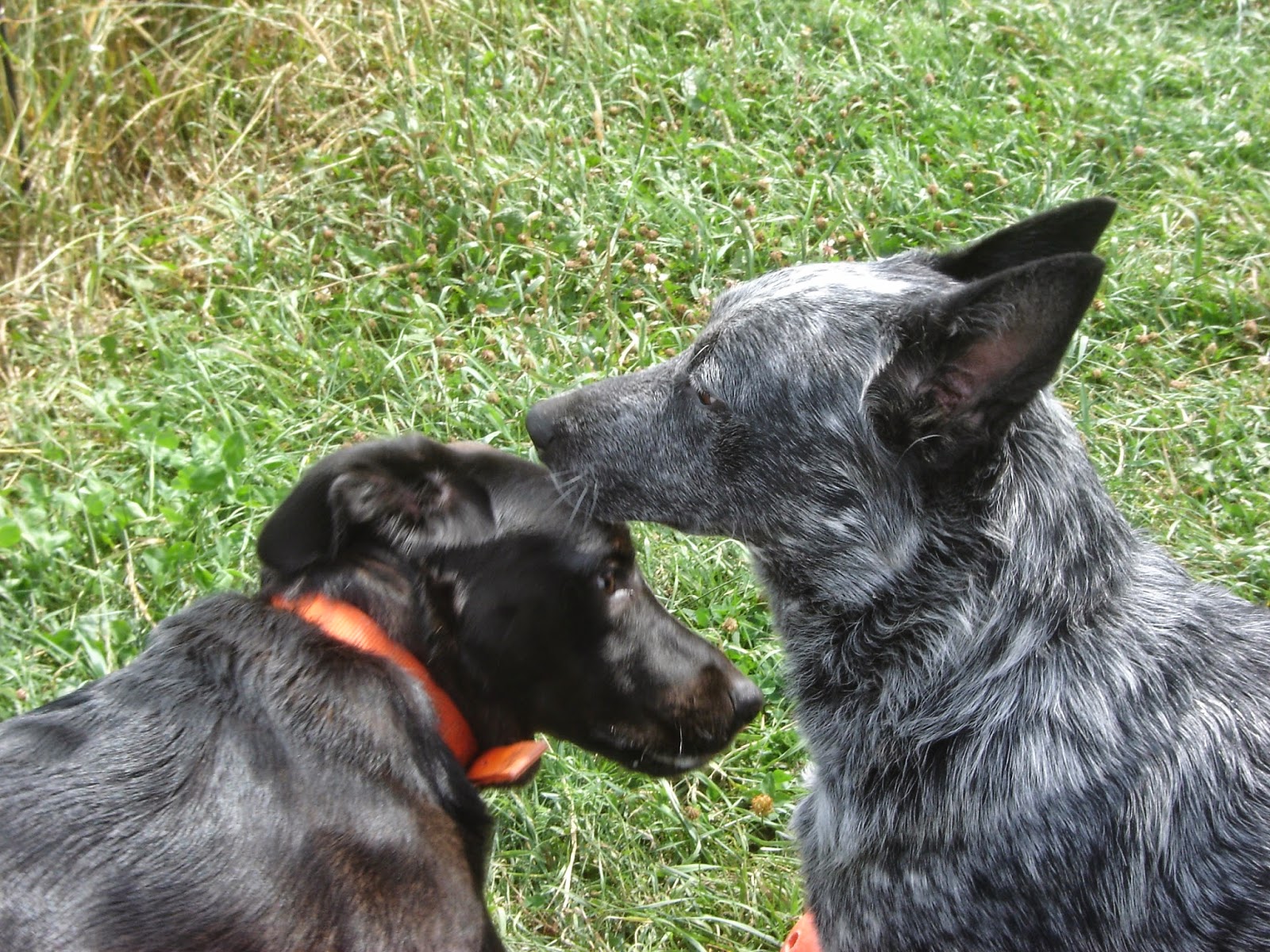 Molly does not know anything. Nothing. I’m not sure she was called by name very often since there is no reaction. She is, however, a very typical, lovable and very rambunctious lab. 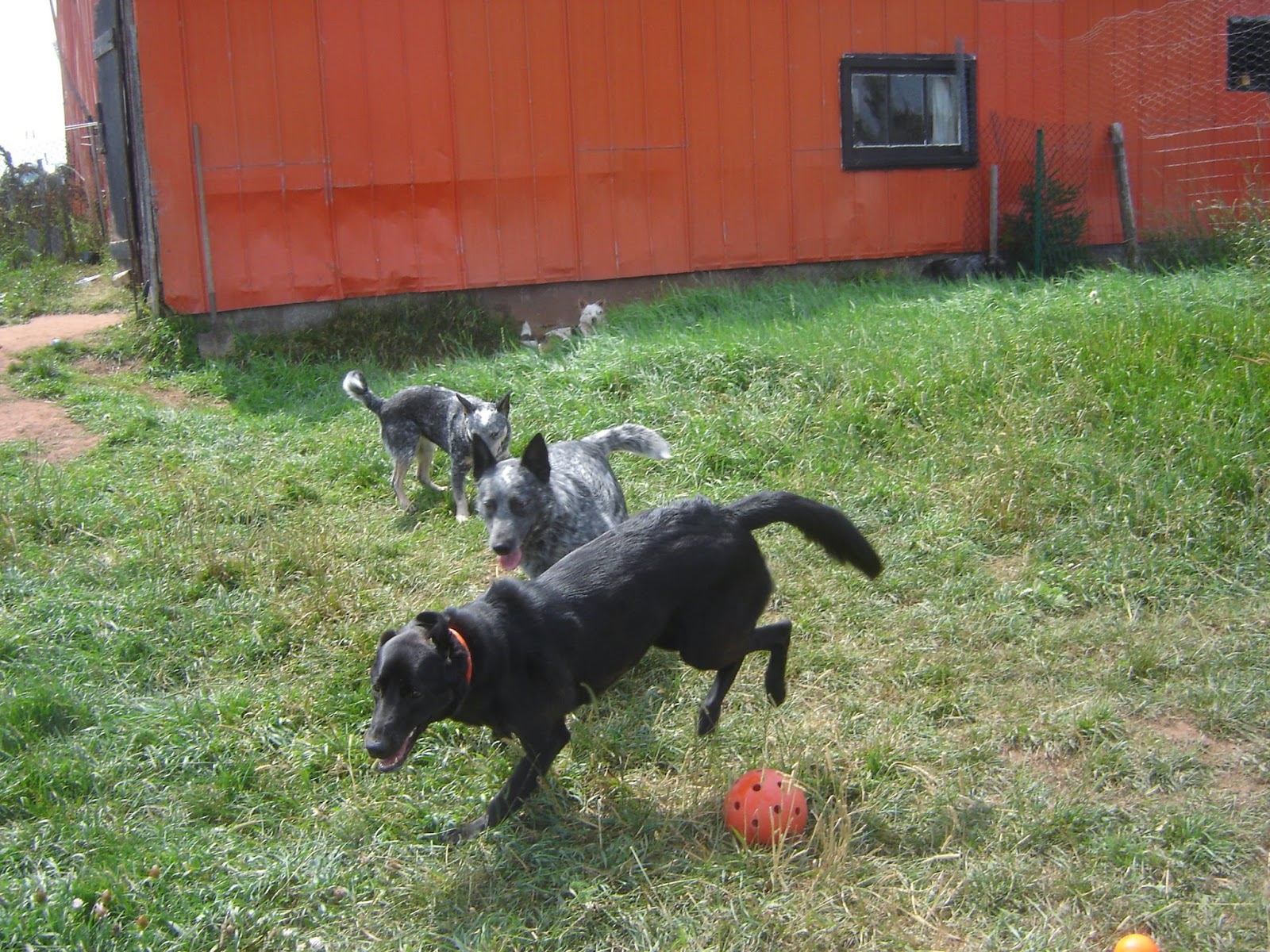 There is going to be a lot for her to learn but I know we can do it.

So far, Trail loves her (somebody his size), Brook is excited, Bill is nervous, Hiker does not really care and Callie is annoyed.  The reactions are about what I expected.

A few people have commented that I might never see the man again. I realize that. My primary goal in this is to help Molly. If I don’t see the man again – all I have is his name, nothing else – then I will, at some point, re home her. It isn’t that I don’t want her forever, it is, as I always said about our foster dogs, she/he is not who I would chose to add to our home. 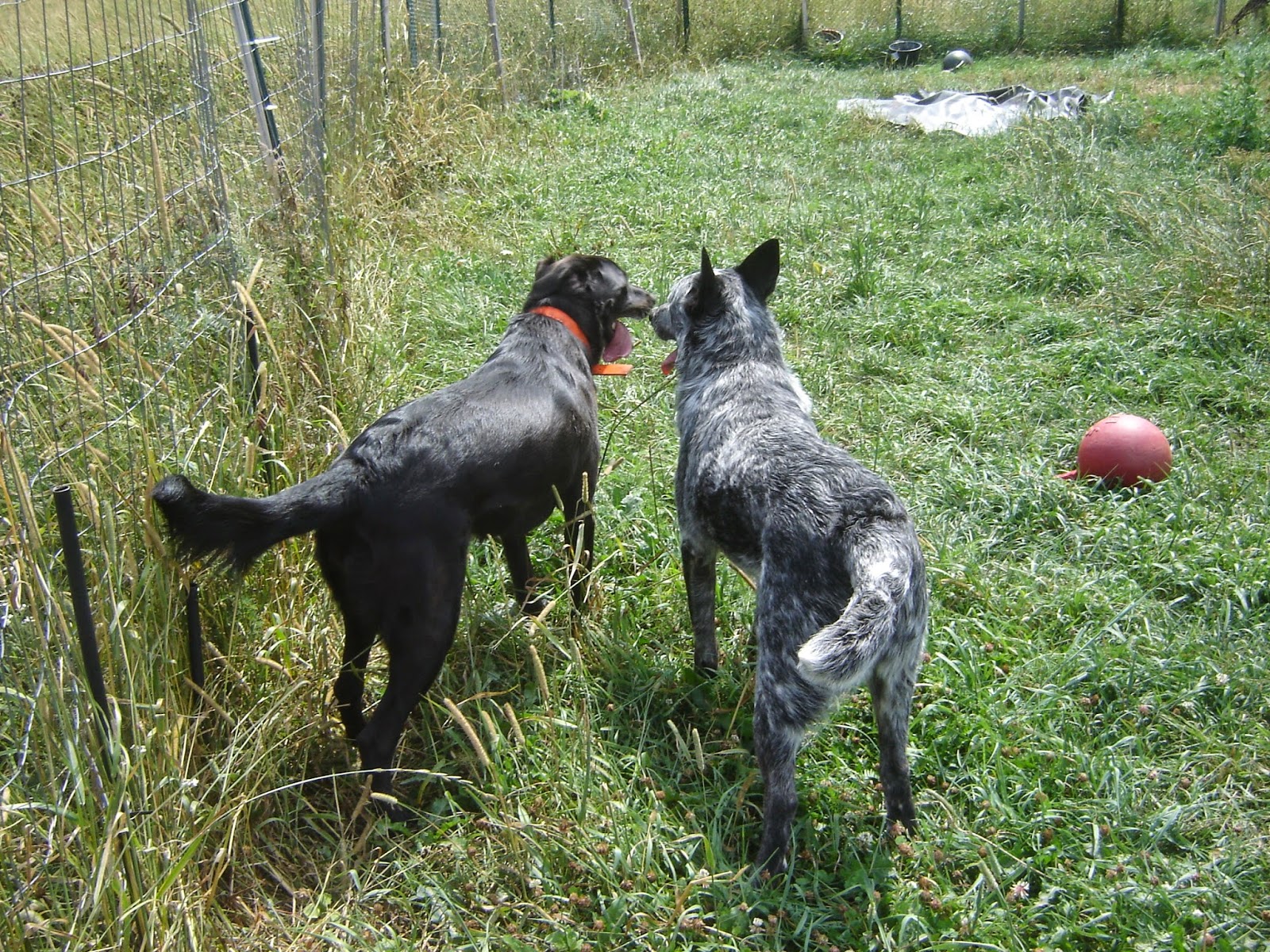 For now, she is staying with us and will learn to be a part of the pack and learn basic obedience.  We’ll keep you posted and have better pictures of her too!
Posted by acd6pack at 08:06