You're In My Spot

One of the joys (and sometimes frustration) of having many dogs is that there are very distinct personalities. Add in some physical handicaps and it just gets more interesting.

Both blind girls, Hiker and Brook, are creatures of habit when it comes to where they like to lay. The big chair from the livingroom was moved into the kitchen for the coming winter since it is one of Hiker's favourite spots. Yesterday, there was somebody in her chair. 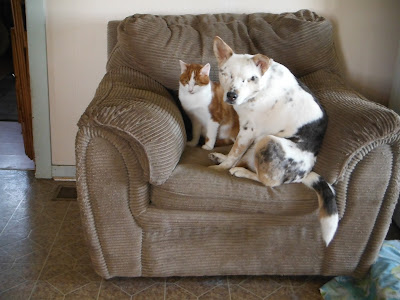 Yes, it was that darn cat Arthur.

I think the look on blind Hiker's face seems to ask why he is not being removed.  She was probably wondering why I was taking a picture and not getting him out of her way.

Even though the cat is small and there is plenty of room for them both, Hiker won't lay with him. If her buddy deaf Trail wants on her chair, that seems to be okay. 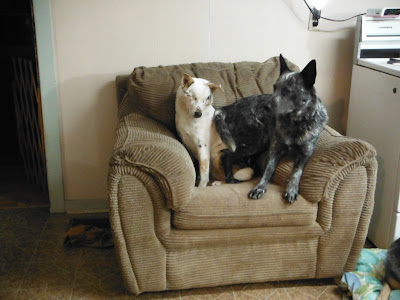 Then blind and partly deaf Brook had a problem with Bill.  Brook likes to lay on the left side of the couch before supper and after supper, she will lay on the right side.  It's just her habit and when she can't, she gets a bit upset. 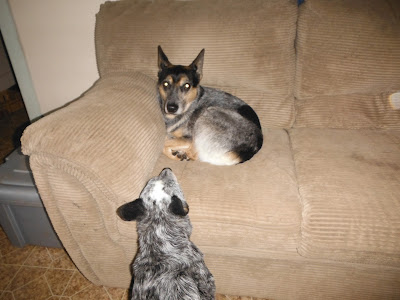 After about a minute of whimpering and whining, during Bill showed no intention of moving, I asked him to move over, which he did, somewhat reluctantly.
Posted by acd6pack at 11:54