Do your dogs like to help with projects around the house?

The acd6pack is always interested in what is going on and want to be a part of things.

The on-going project of removing the old wooden fence and replacing it a section at a time is taking a long time.  I feel guilty when the dogs have to be in the house so that a section can be removed and a new section built when it's nice weather.  When it's time to pull apart the old sections, they can be outside and "help".  A project like this is too noisy/scary for Bill so he keeps an eye on things from a distance.

All the blind girls somehow manage to walk on the old sections of fence with little difficulty.  I wonder if the boards are just far enough apart to match their stride as they walk.

I suppose it's just another example of how the blind ones are encouraged to be just regular dogs.  If they were to bump their noses on the boards, that's okay.  I was very, very careful when swinging the hammer and moving the old fence sections, but other than that, they were left to do whatever they wanted.  There just aren't the words, "Oh you poor thing...you can't...you're blind" at our home.

As you can see, taking the old sections apart involves lots of, "move, will ya?", "come on, get outta the way", some waving type hand gestures for deaf Azule and the ever famous and often heard, "watch out".

Another project the dogs helped with was wallpapering.  A few people asked why not crate the dogs or have them stay in another room while wallpapering.  What fun would that be?!  Sure, the water tray became a water dish (that was an exciting find for a blind dog - a water dish in the upstairs hall), the wallpaper got walked on, some sections of paper were ripped but we had fun.

Did you know that new paint rollers can double as a chew toy?  I didn't know that either, but apparently Callie did. 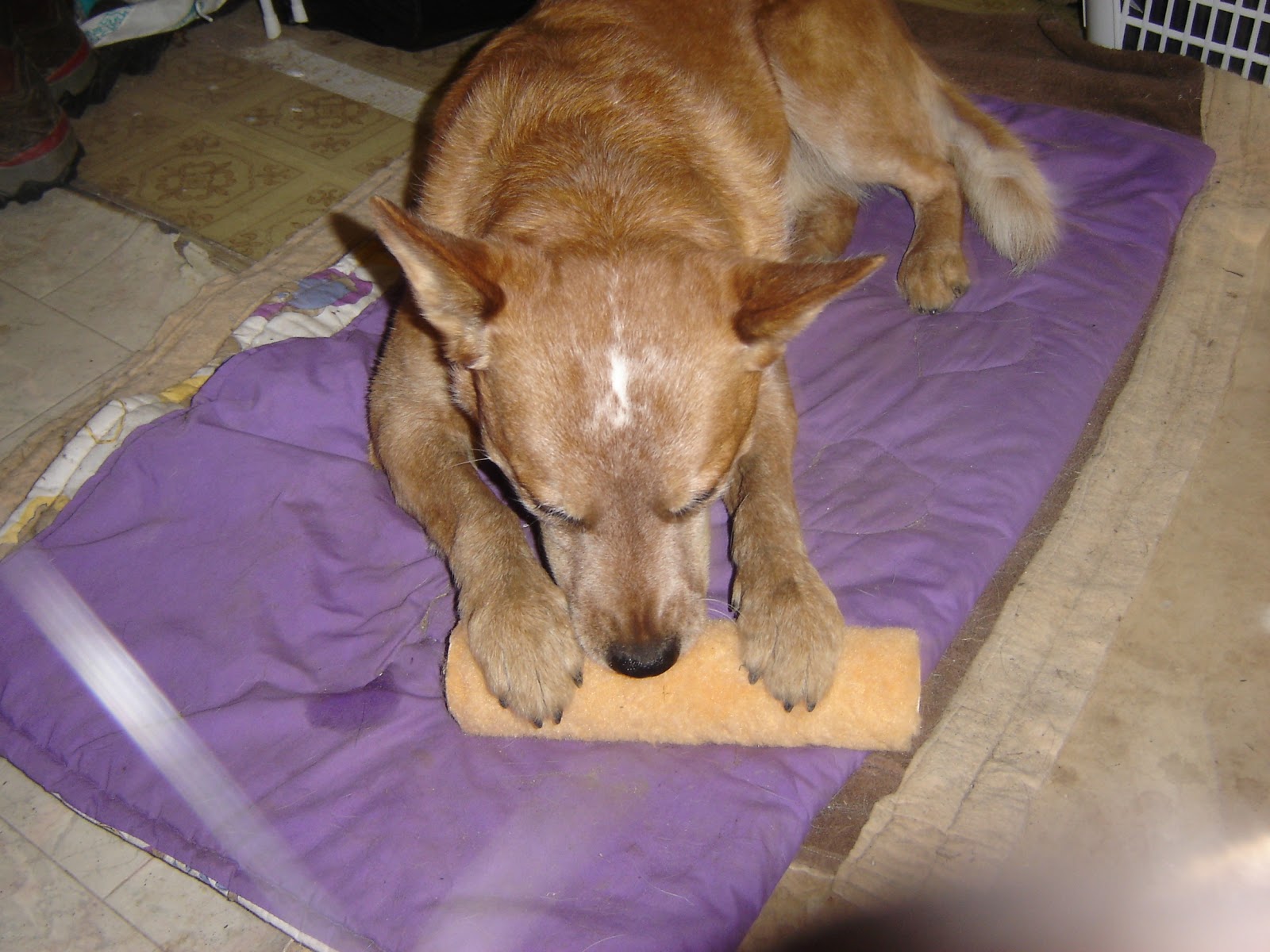 They all (except nervous Bill) want to be in the middle of everything.  It often takes about twice as long to get things done but it's so much more fun with a few dogs as helpers.

I often think that we are just keeping the fun in dysfunctional.
Posted by acd6pack at 11:11