Some of the pack has a question. 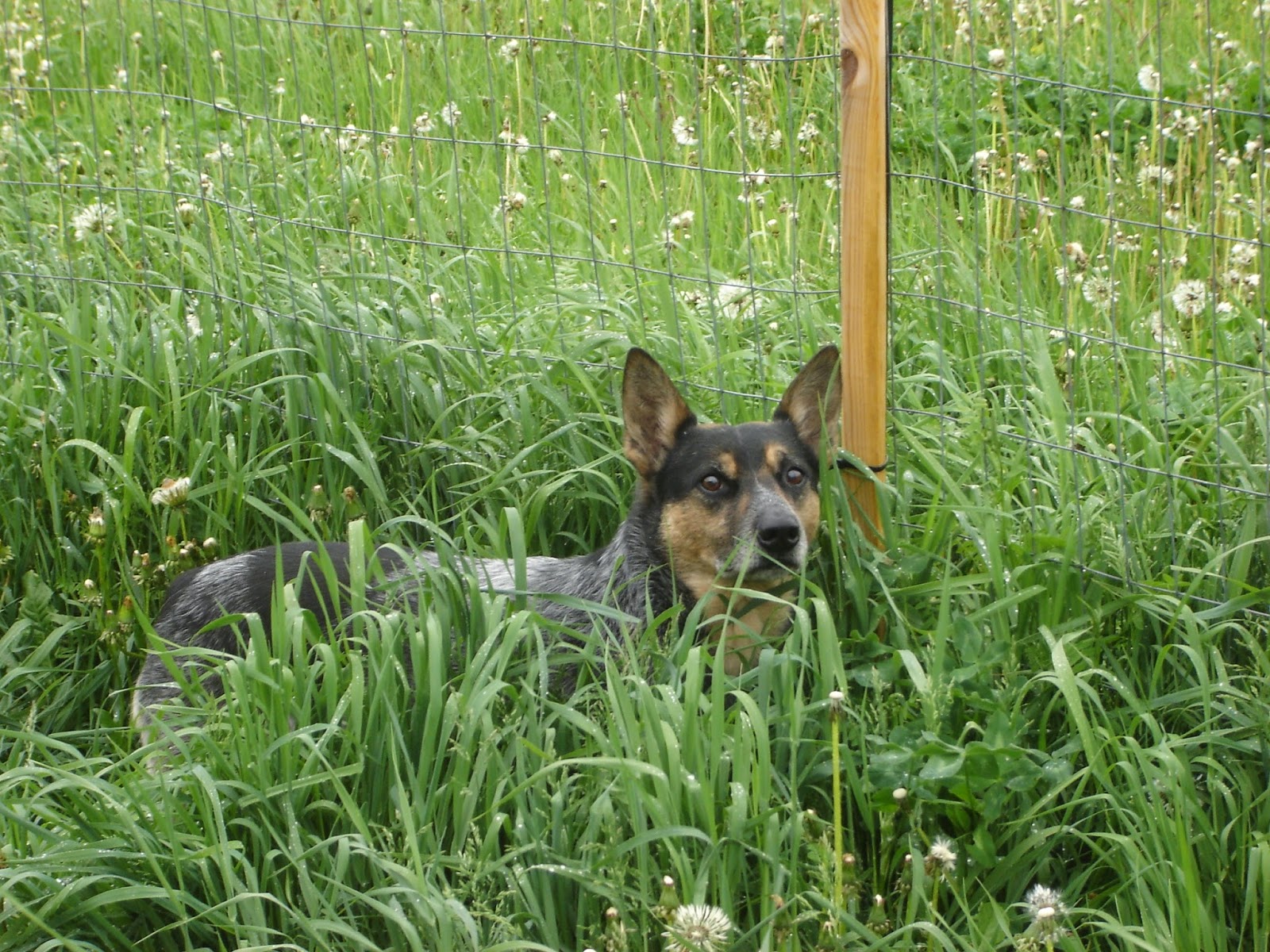 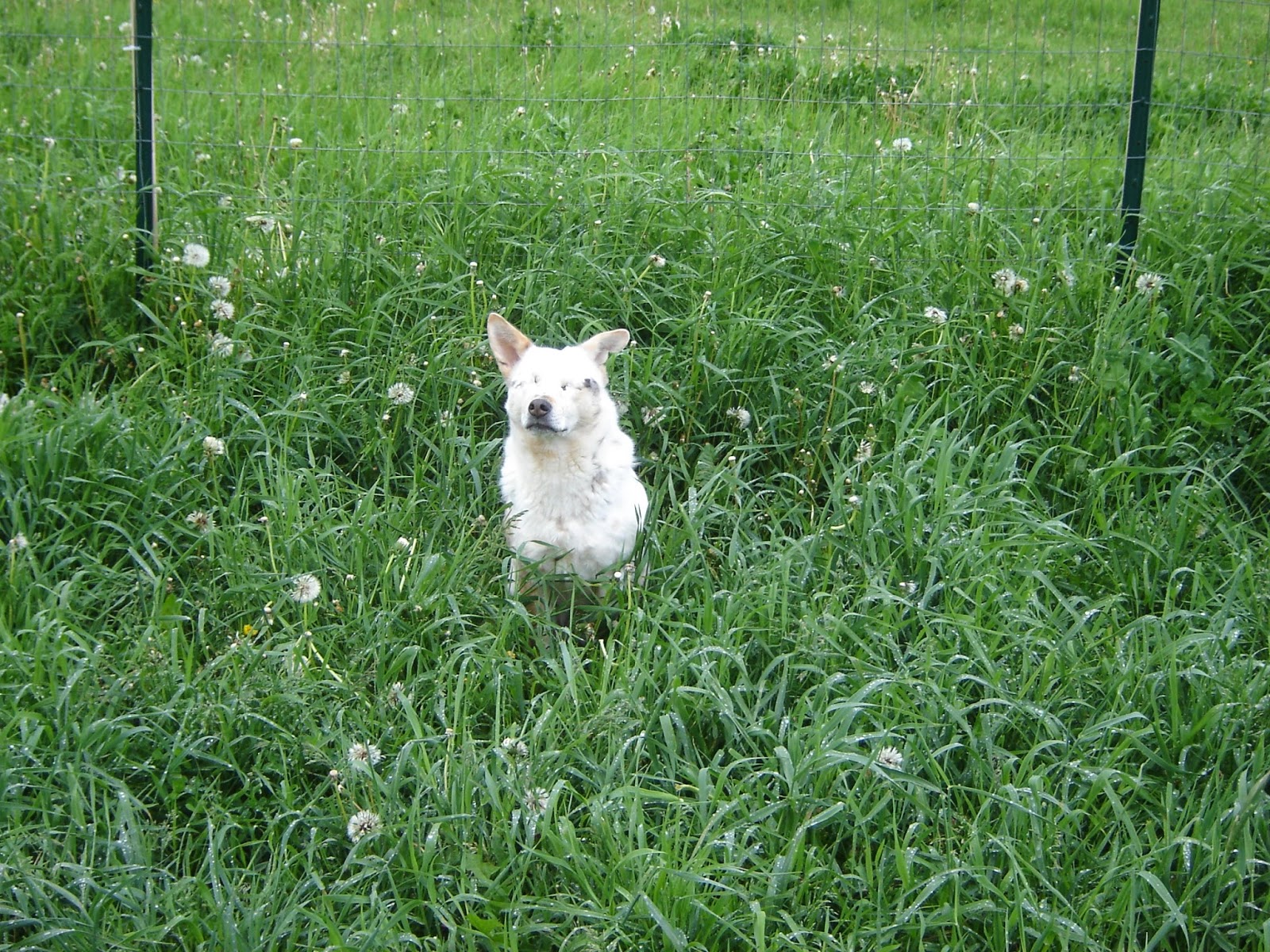 The day after the first day of summer was cool and cloudy but that didn't mean we couldn't go to the beach!

Trail seemed a bit unsure of this whole ocean, sand and seaweed environment.

Trail was quite willing to explore and check things out but stayed very close the whole time. 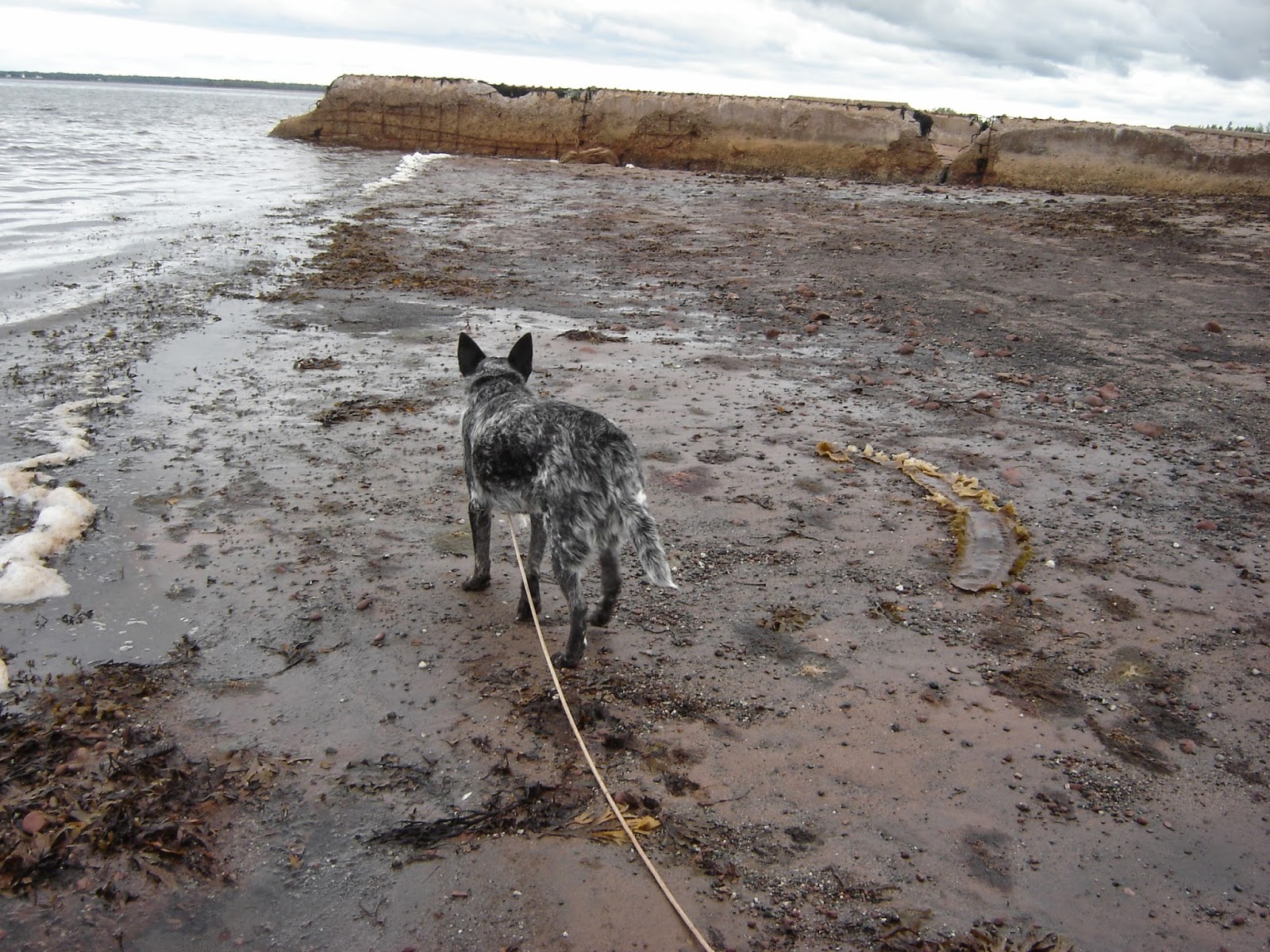 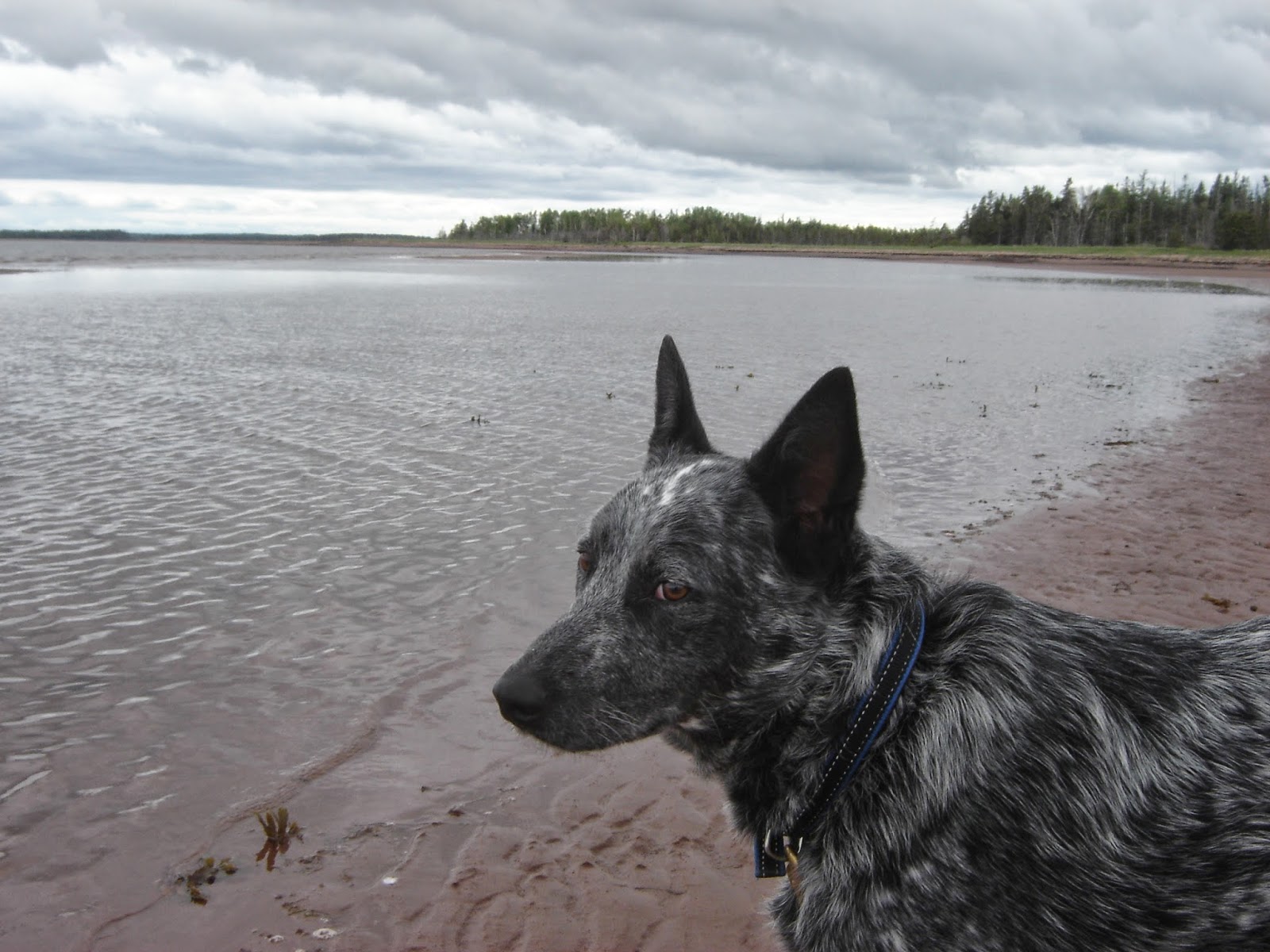 Later that afternoon, I took the trio - Bill, Hiker and Brook.  What a difference in the reactions! 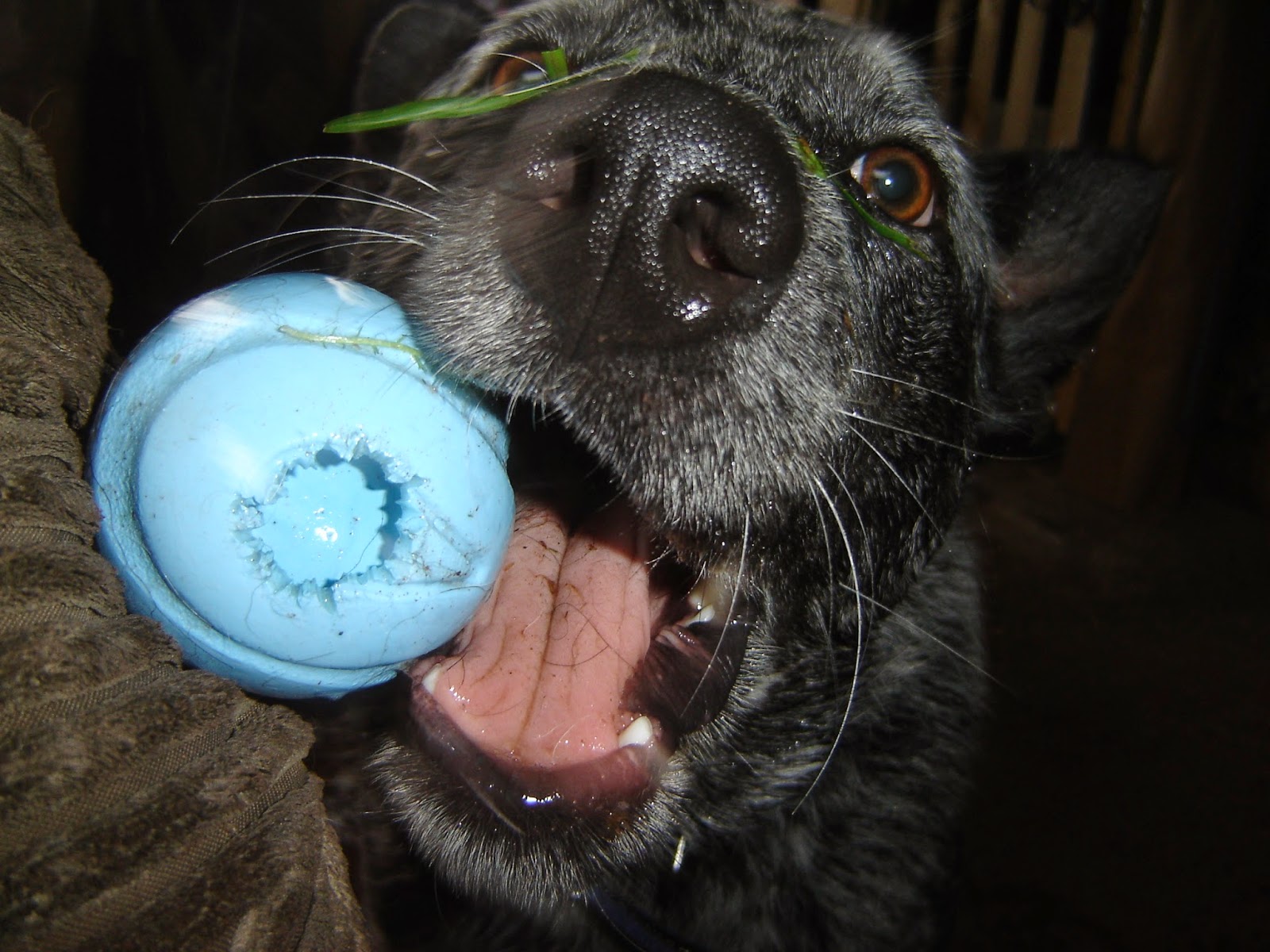 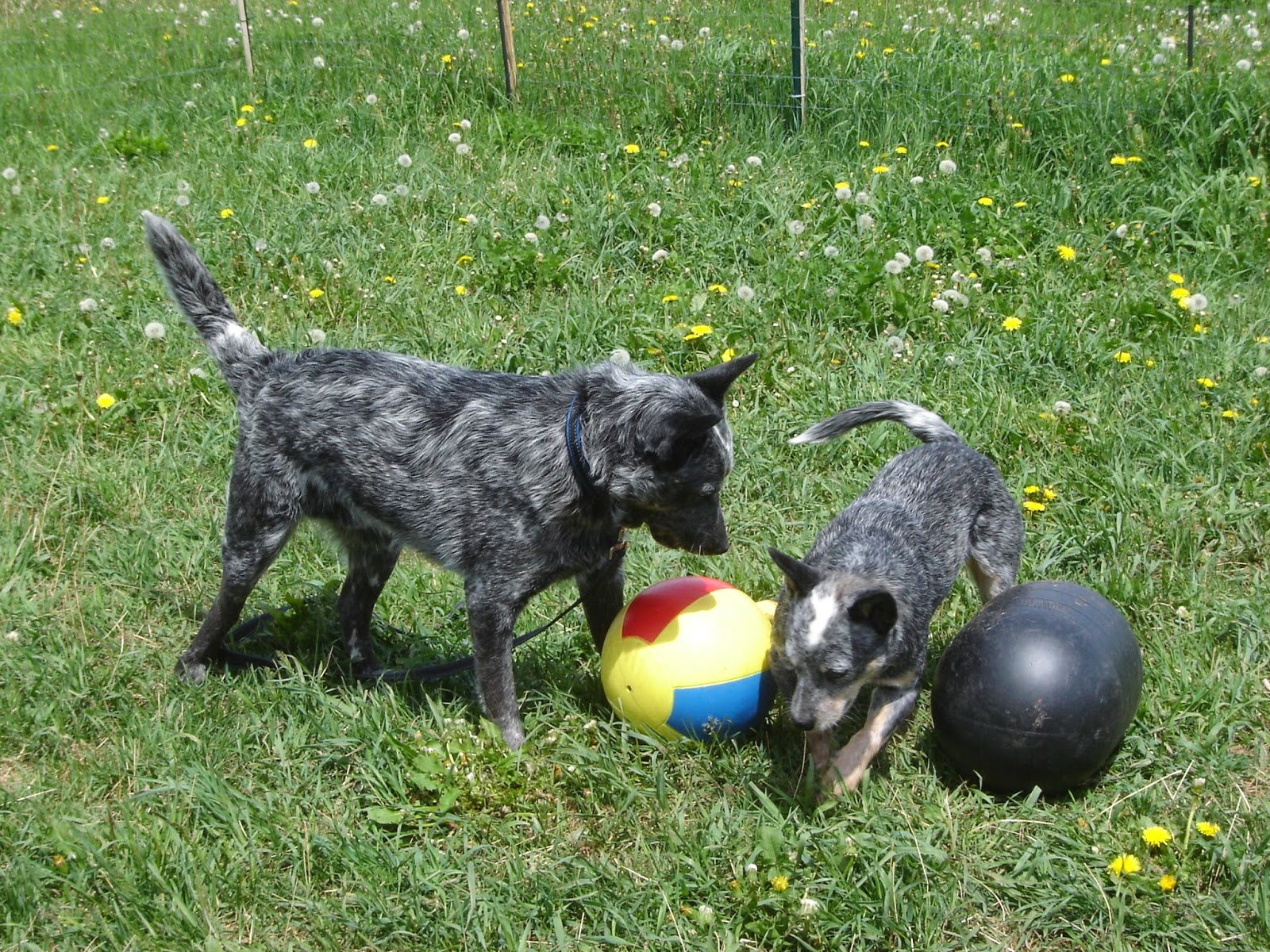 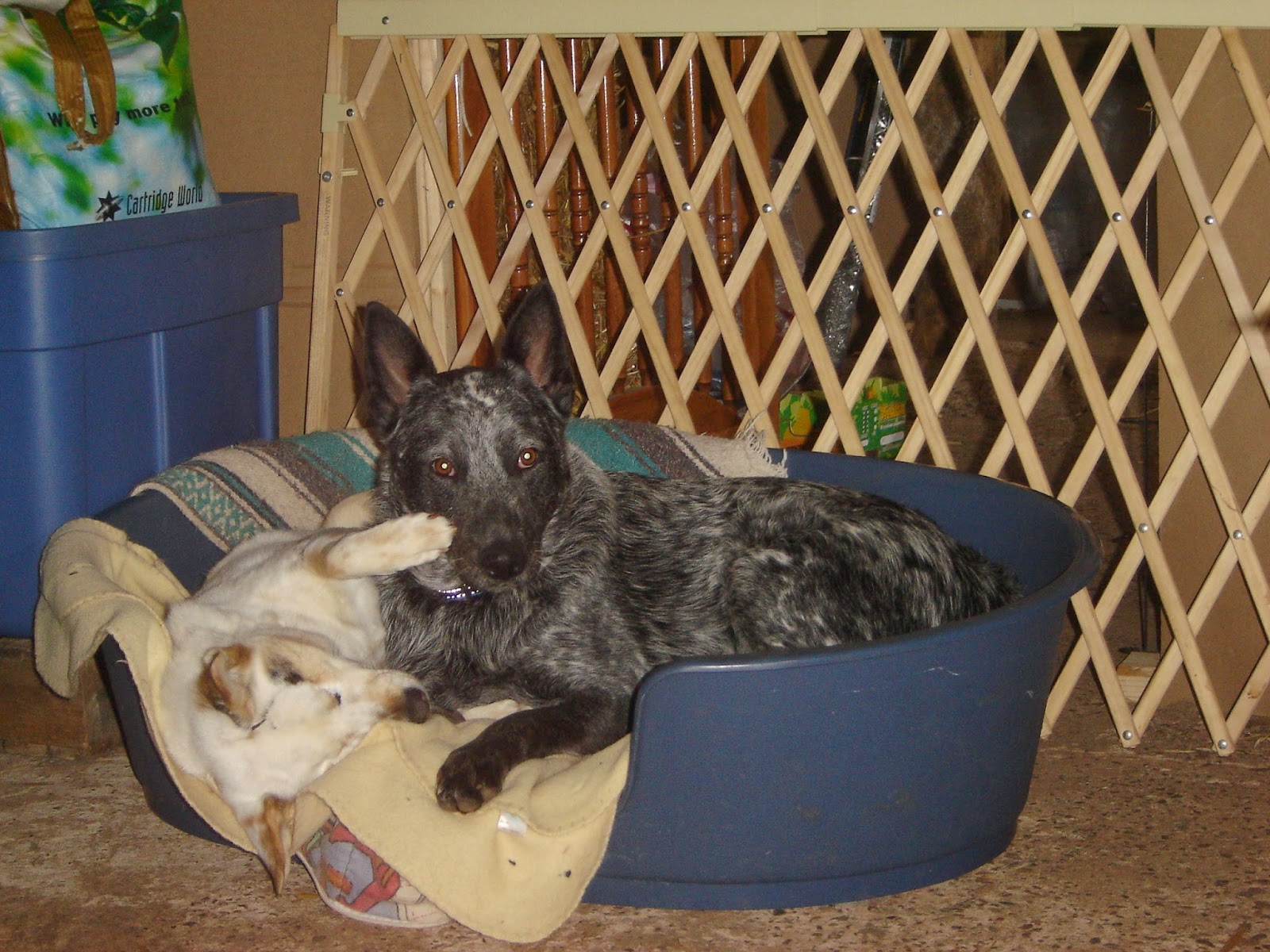 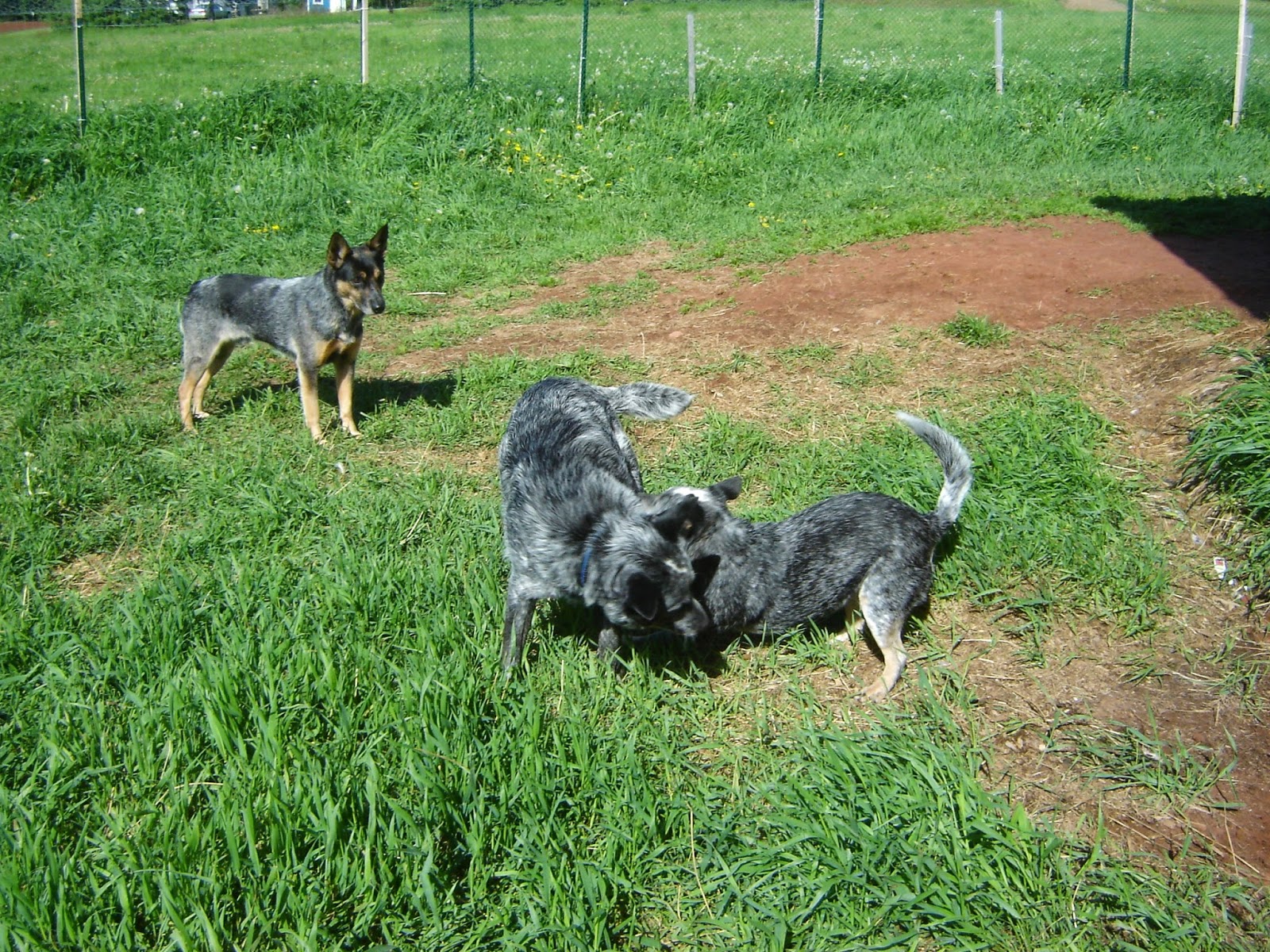 Trail is being introduced to island life and we are looking forward to sharing his adventures with all of you.
Posted by acd6pack at 08:29 6 comments:

It has been a while, so a couple of weeks ago I packed up the car for a camping trip to Maine.

The view from the campsite was nice. 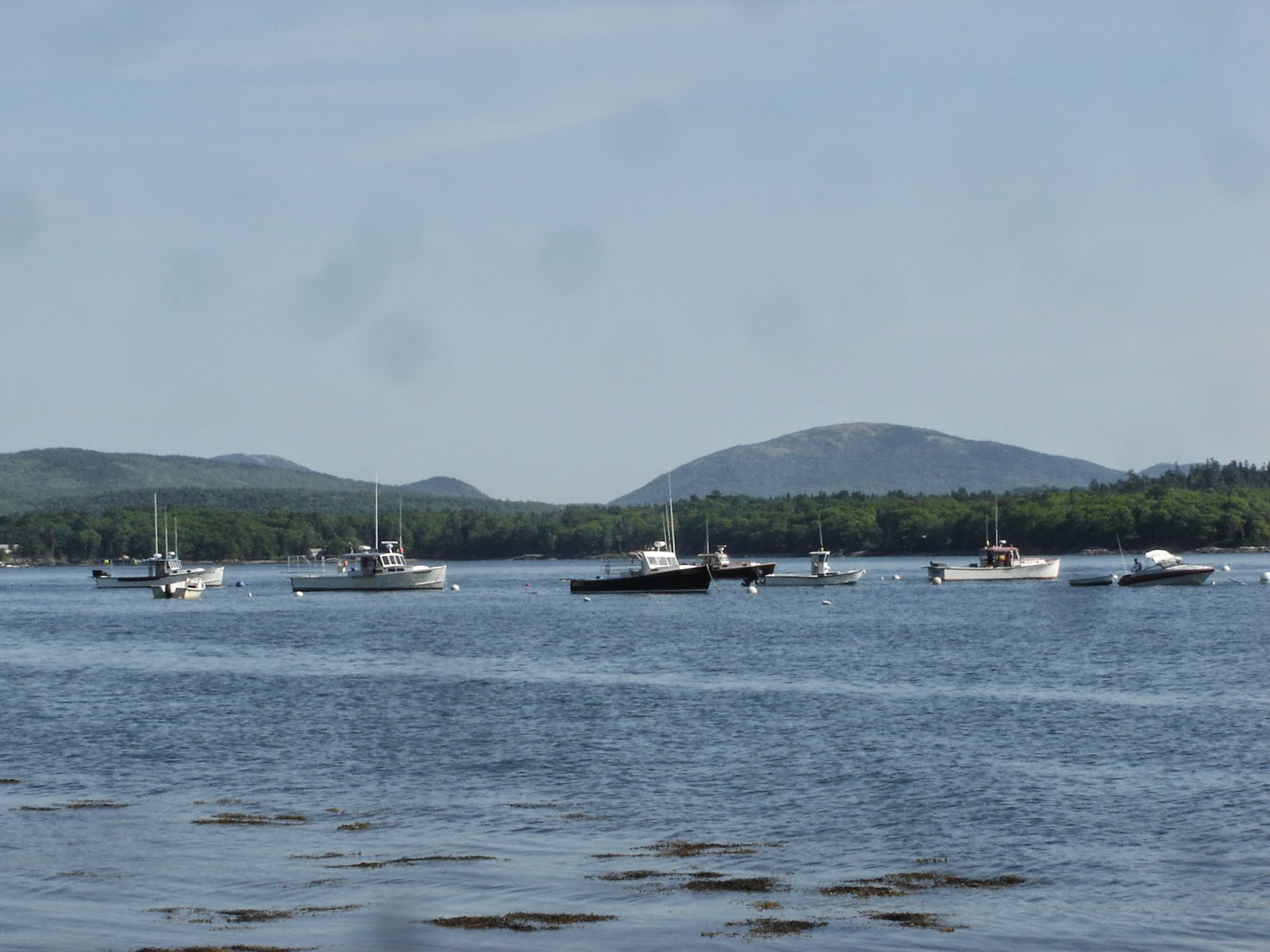 The scenery was beautiful. 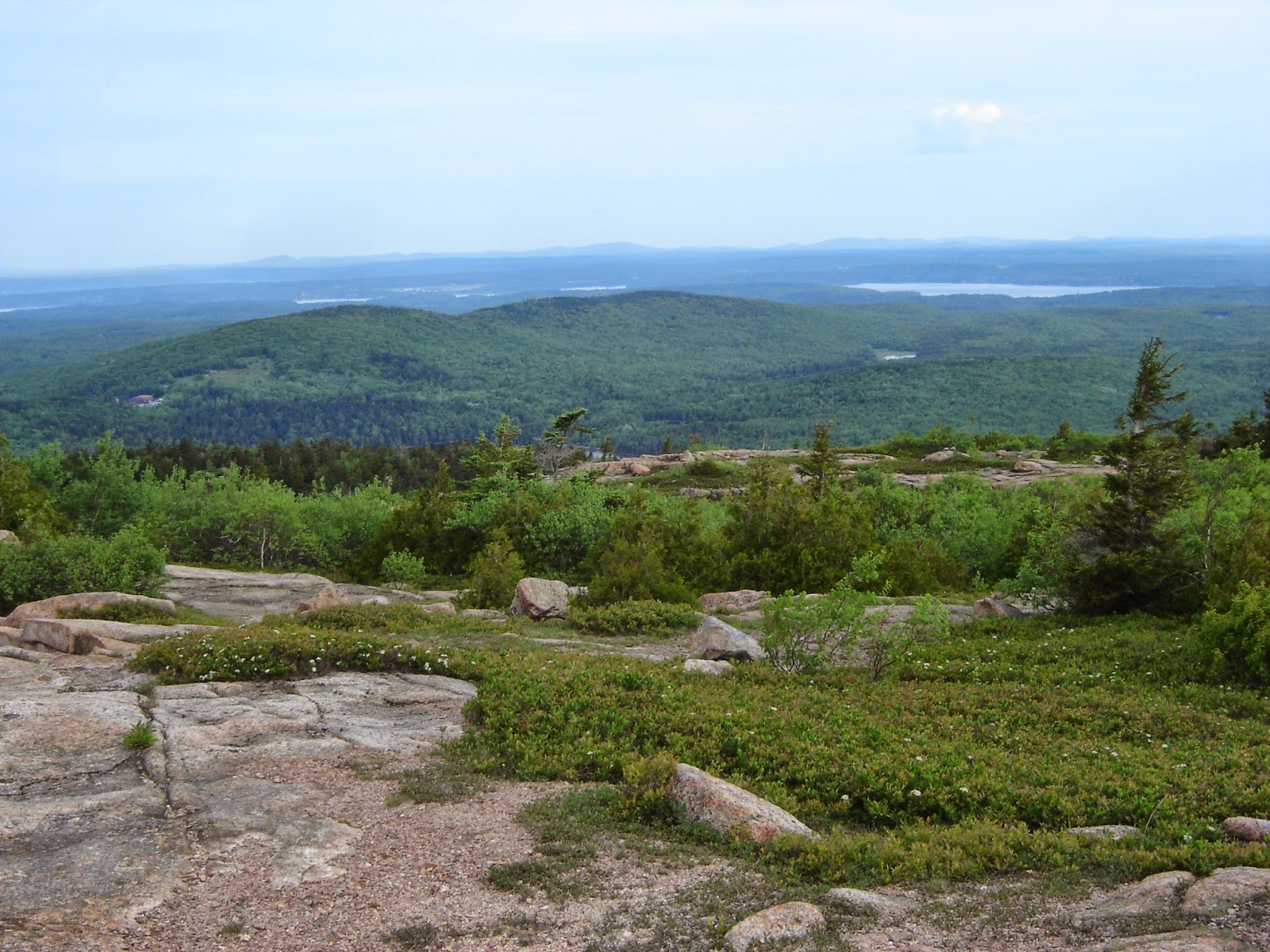 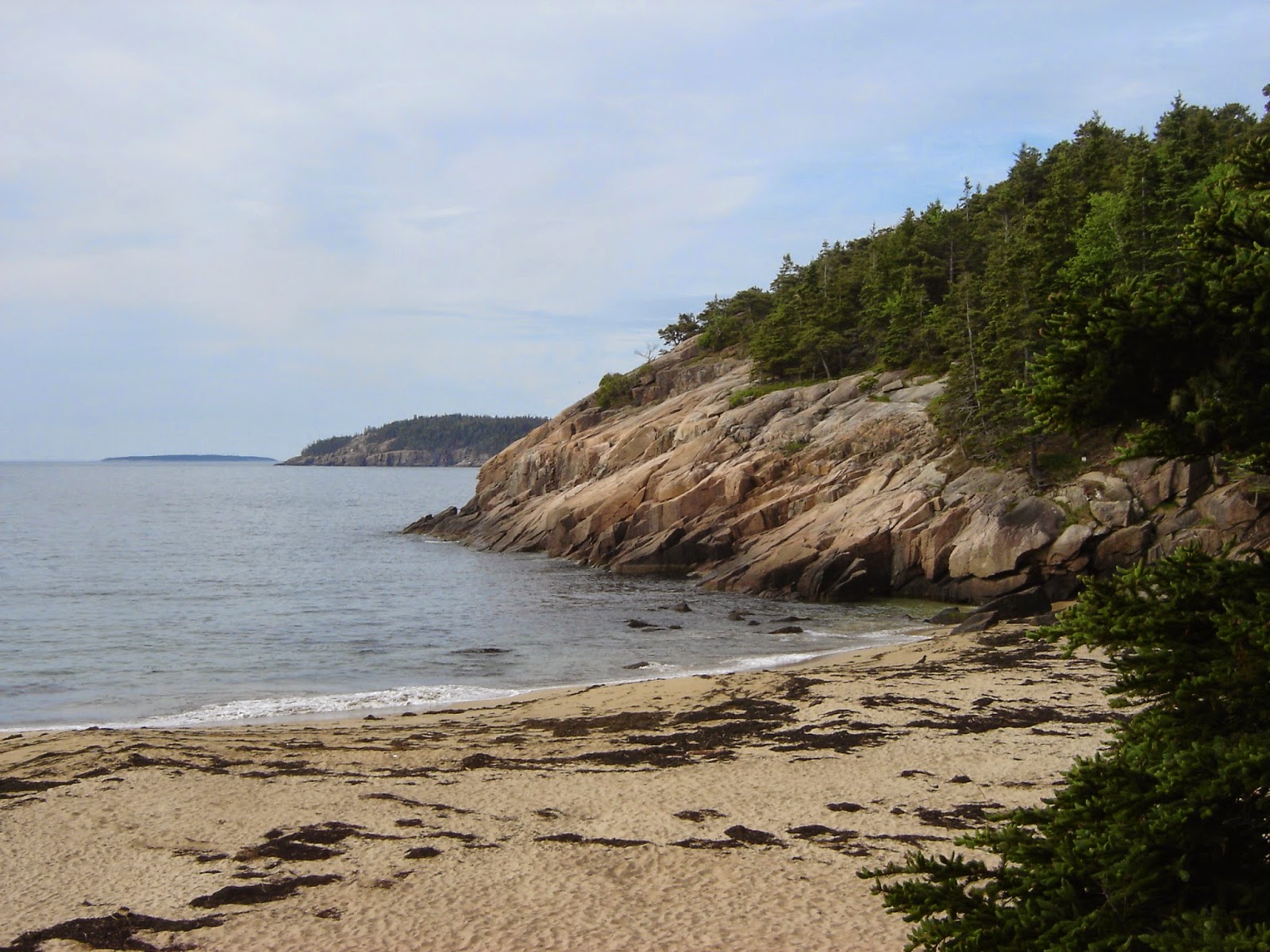 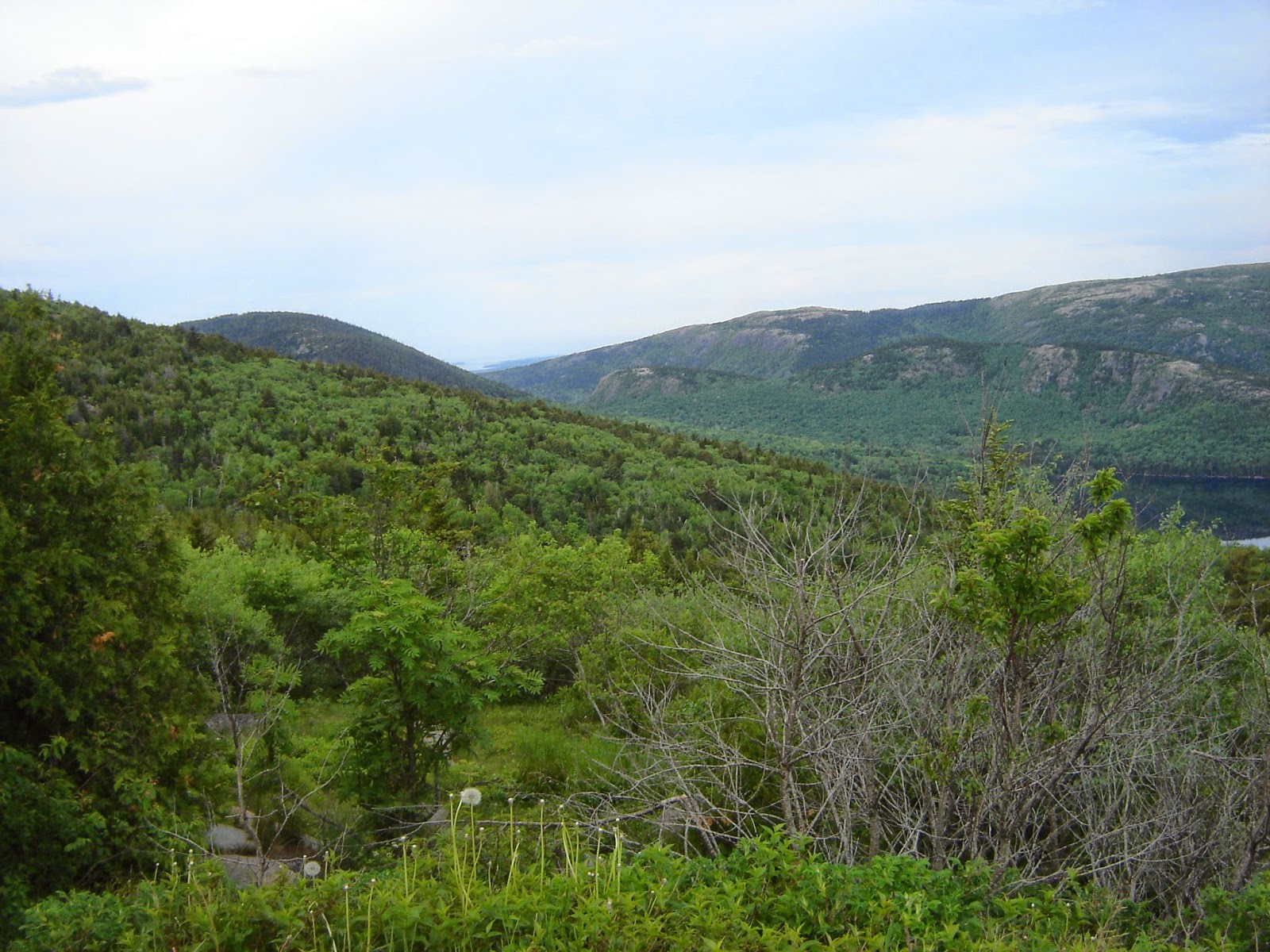 It was a nice and relaxing couple of days away.

What??  As an observant reader, you have noticed something missing from all the above photos?  Yes, you are correct. There are no dogs and no mention of dogs.

For the first time in a long, long time. There has always been one or two or three (or seven!) along for the fun. Not this time.

Why?  Well, because of this handsome fella... 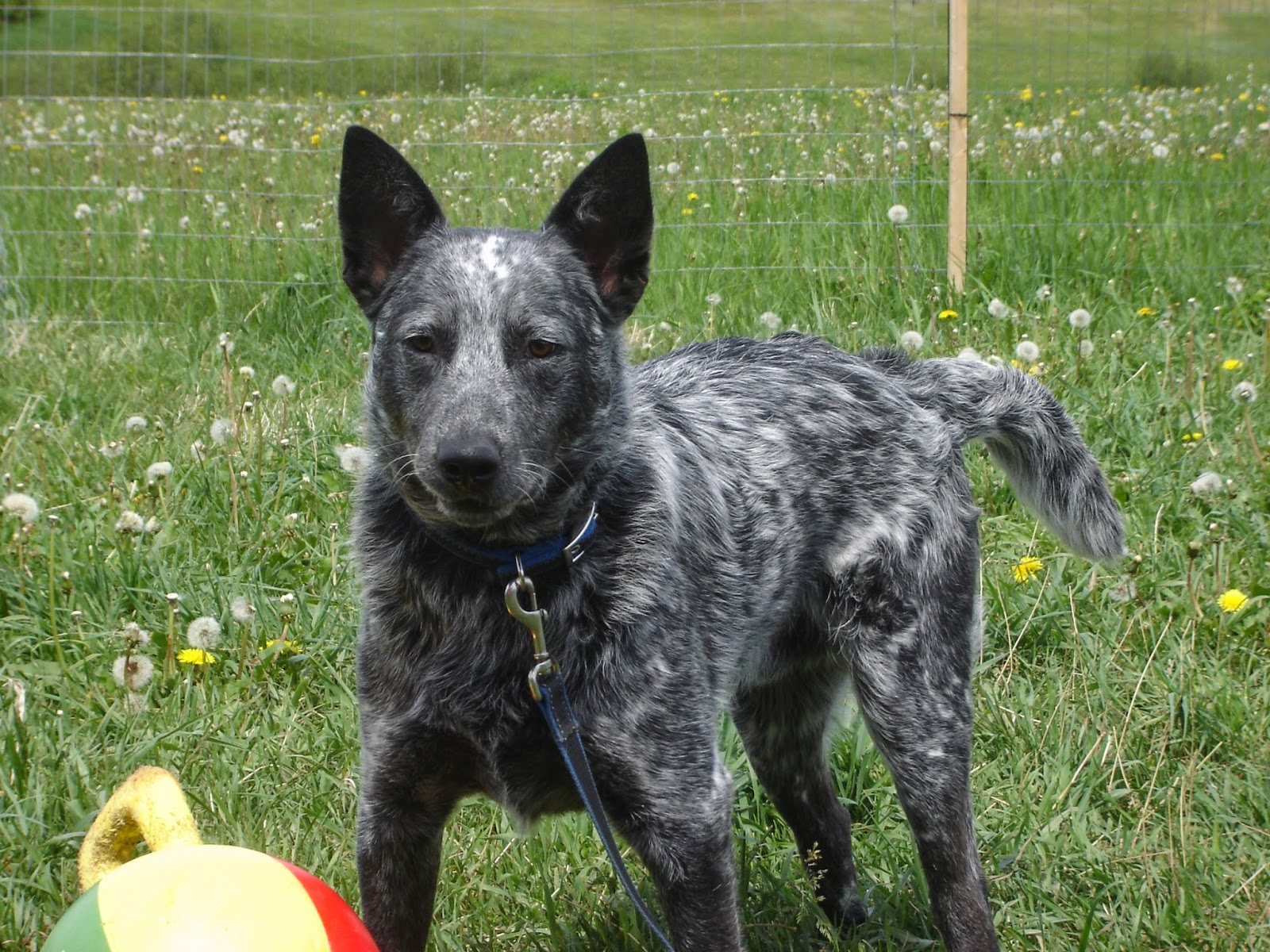 The whole purpose of the trip to Maine was to pick up this guy who was being transported from a rescue in Indiana.

I have named him Trail.  We are so happy to have him become a part of our family.  More about him and his introduction to our home to come!
Posted by acd6pack at 01:30 10 comments:

How we spent our spring

Since summer is officially only a few days away, I thought I would give you a brief (happy) update on how we spent our spring.

As the snow melted, we ventured out back into the fields and forest on our land. 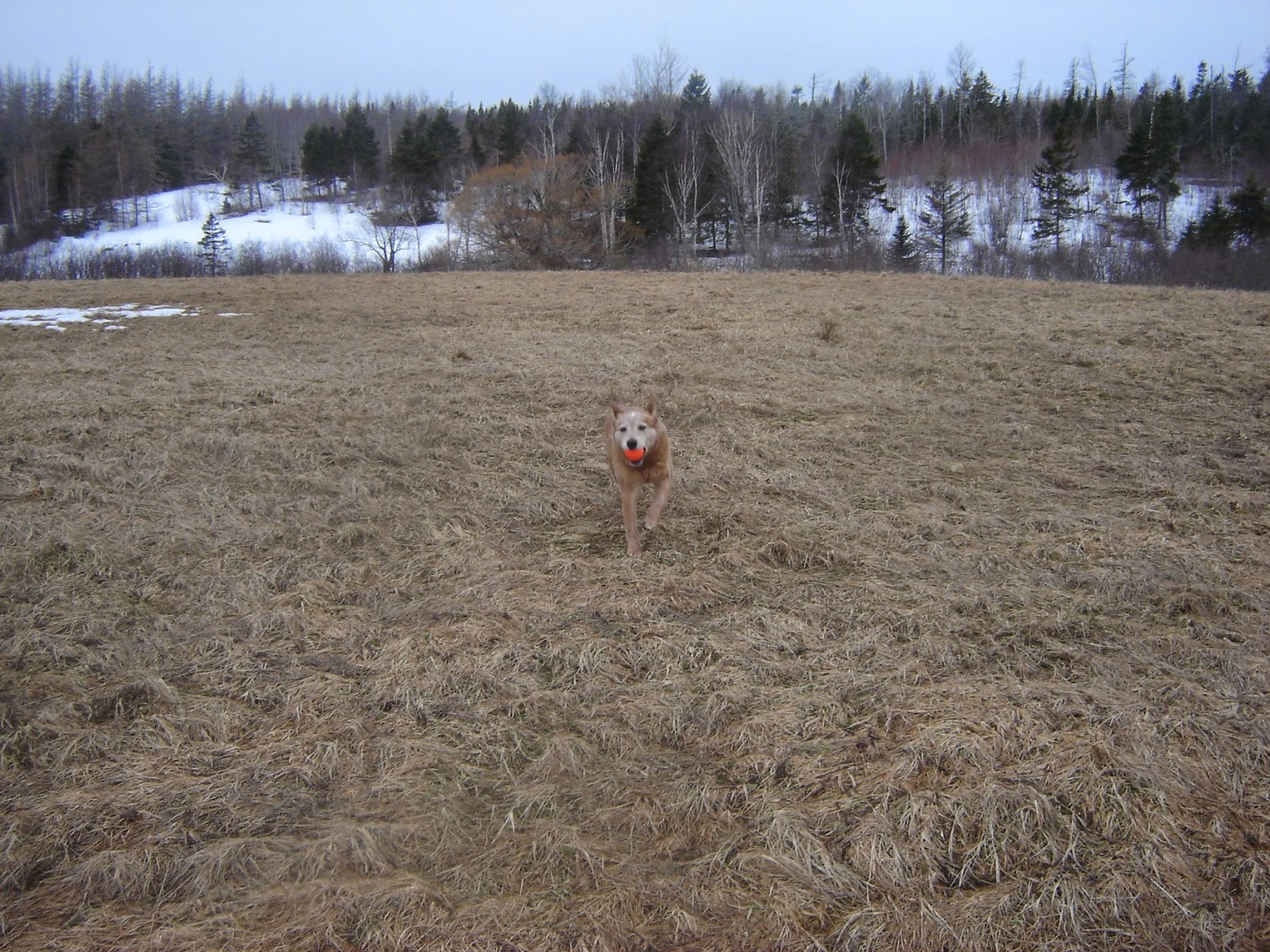 We expanded the fenced area 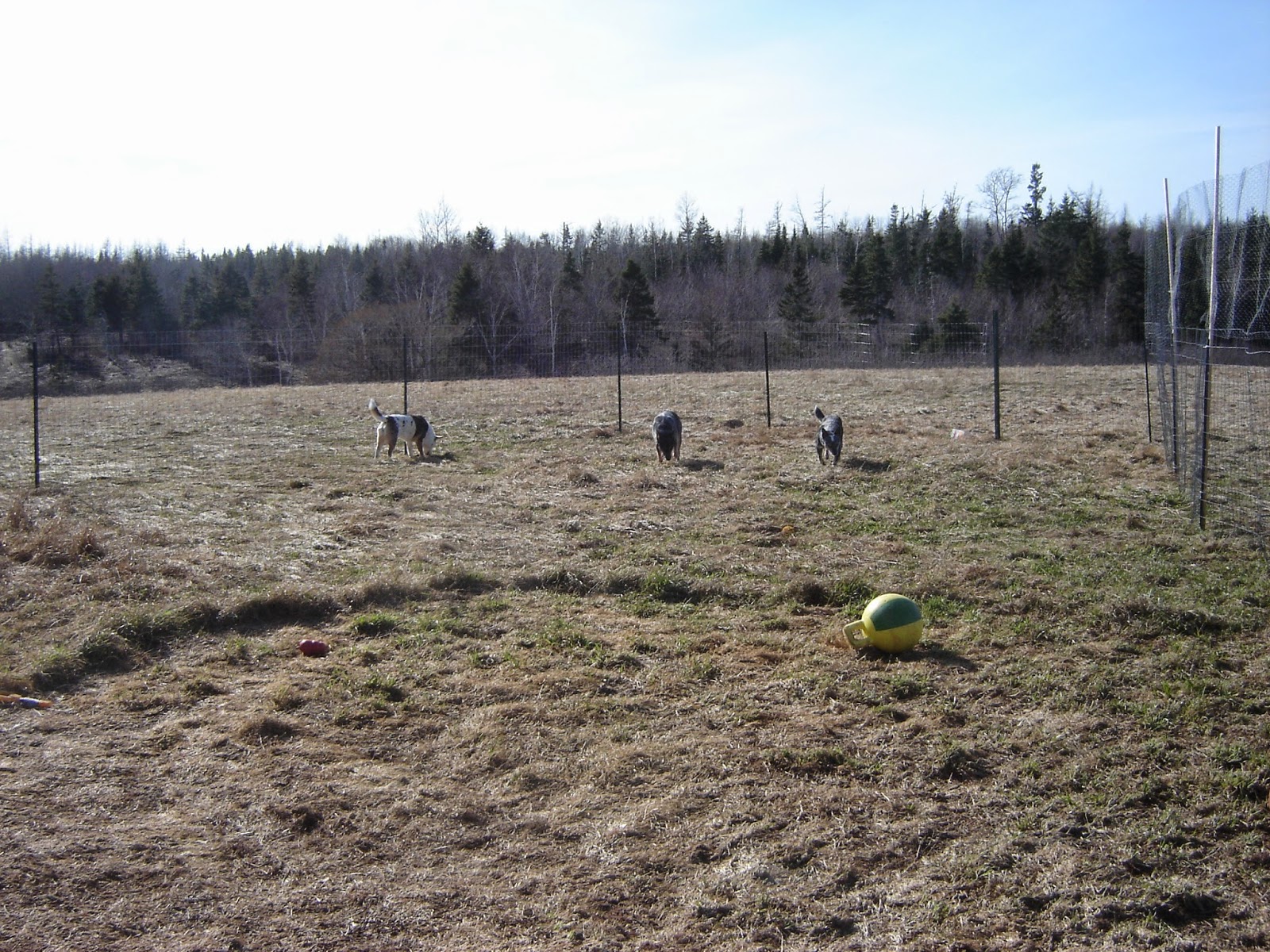 and as always, enjoyed the sunshine as the grass got greener. 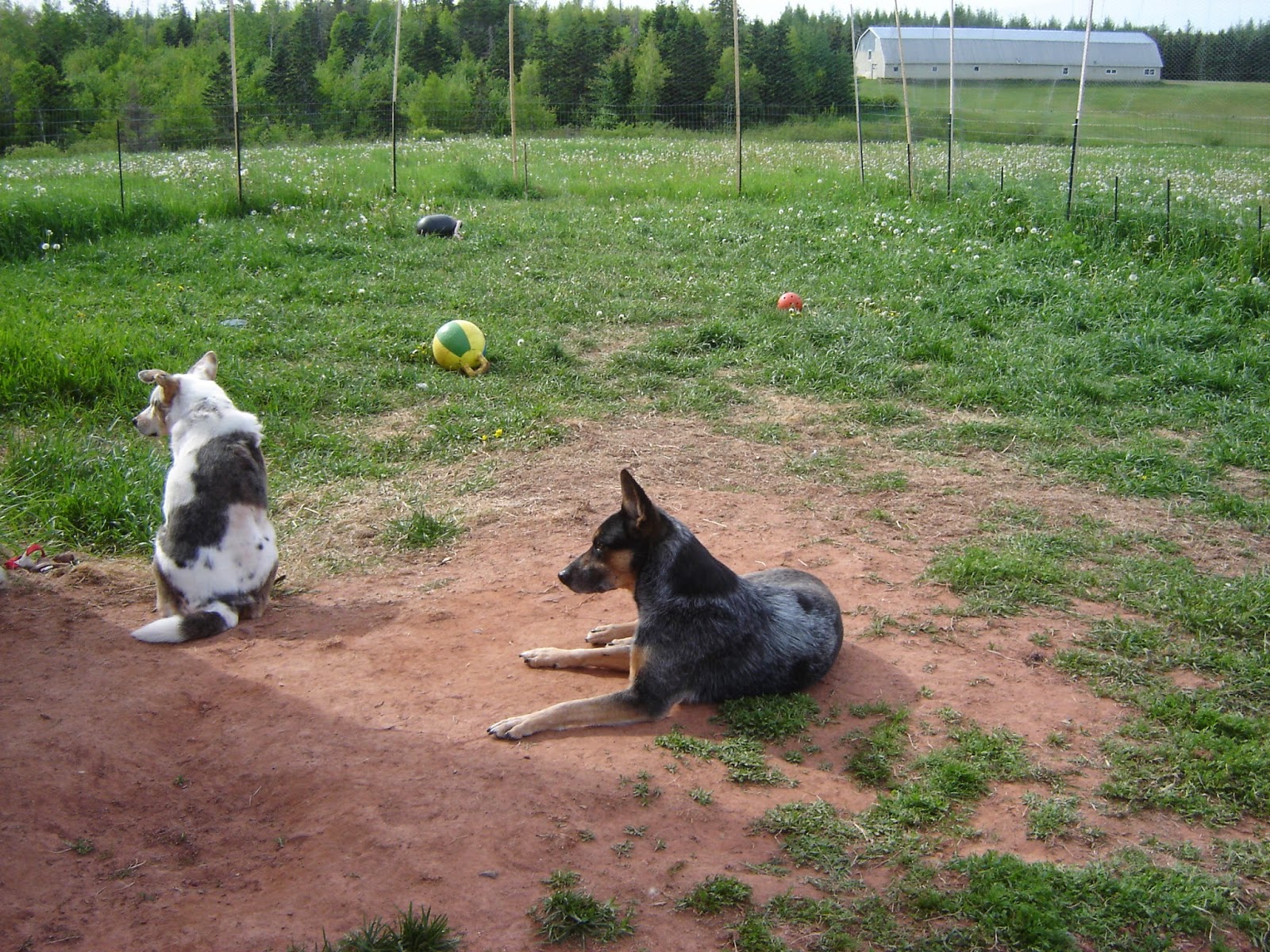 Inside, the snuggling continues. 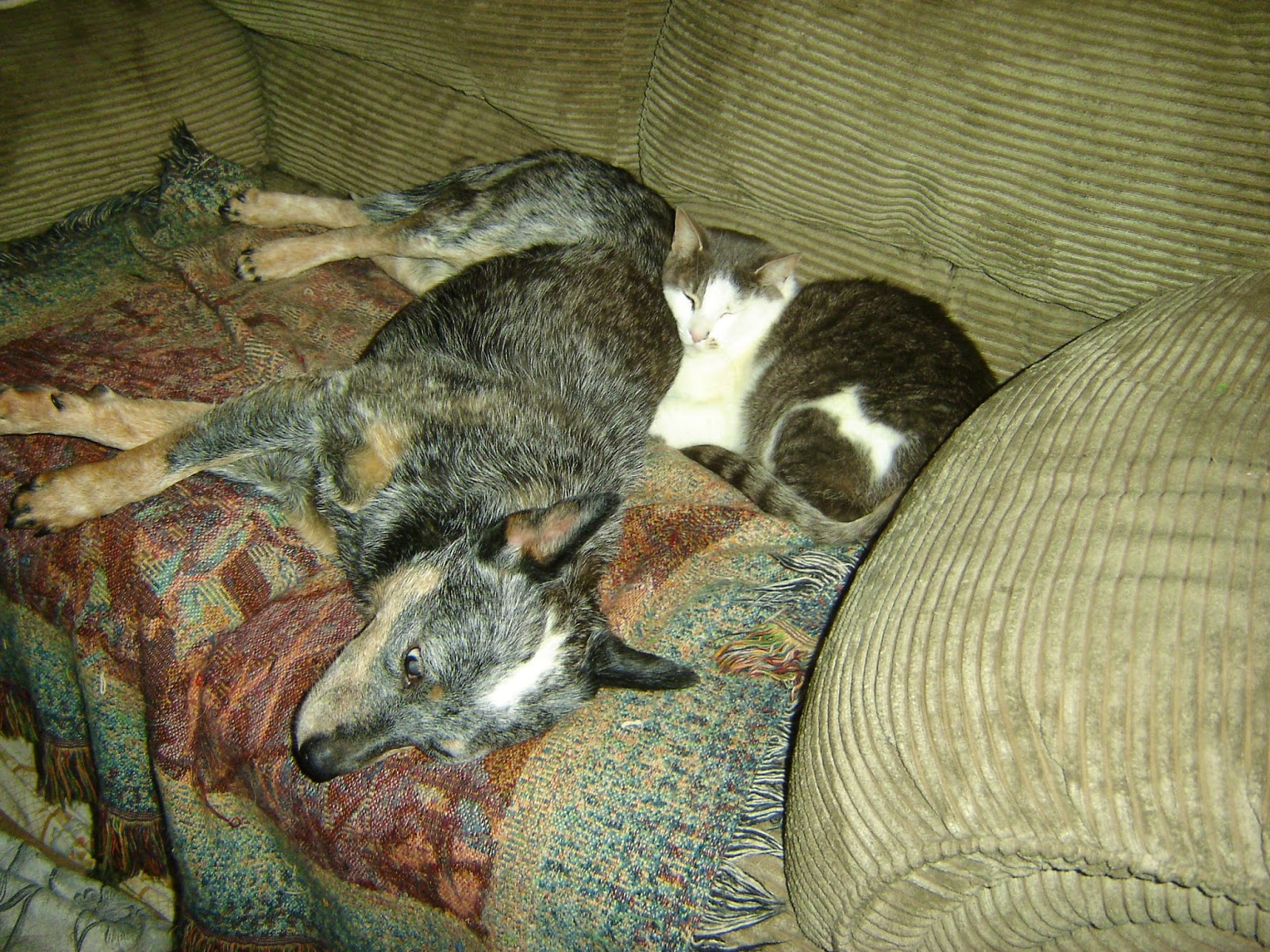 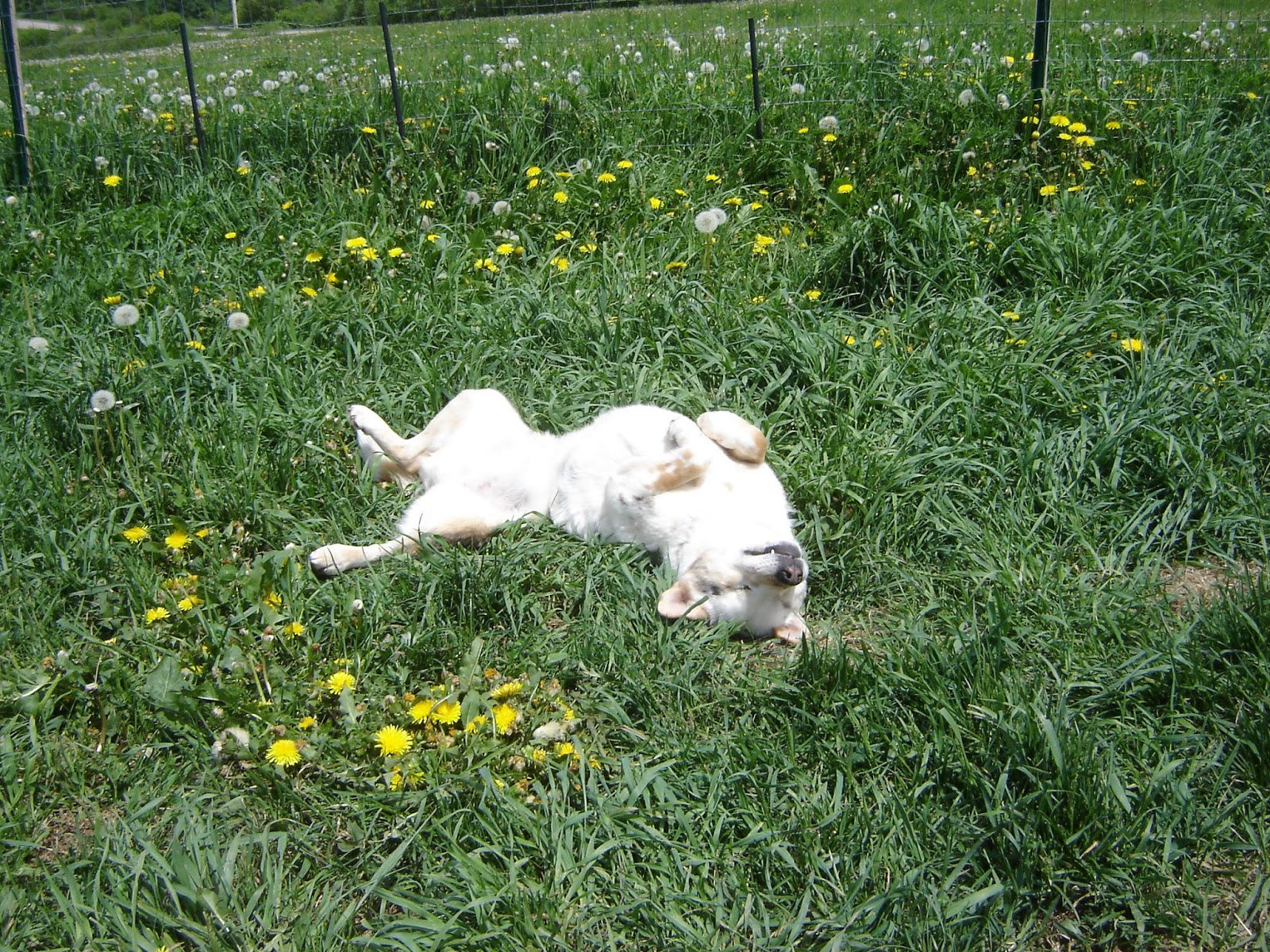 Hello and thanks for stopping by again.  Its been a while and I think that I might be ready to update this blog and maybe even come back to blogging. (I've missed all of you!)

I plan to keep this brief due to the difficult subject matter.

As you know, we lost our sweet girl Azule. The horror of her death was made worse (if that is possible) by the fact that it was two of the pack that were the attackers. To this day, I do not know what prompted the attack. We were all outside (except Callie), all was fine and literally,within two seconds, they were attacking her.  Yes, I know, there is always a reason. Believe me, I have relived the incident many, many times and have no answer.

After many,many tearful conversations with our veterinarian and with input from experts on dog behaviour that our vet consulted, the decision was made to euthanize Breeze and Forest.

All the experts agreed that they would likely pick a new target and that it could be another pack member, an animal or even a person. Our veterinarian was very concerned that the pack could turn on me. Of course, my first thought was, "no, they would never do that" but then I never thought they would attack and kill Azule.

We will never know why. Was the penetrating injury to Breeze's left eye (prior to adoption) deep enough to cause brain damage as the specialist suggested?  Was Forest's lack of socialization and neglect as young puppy (prior to adoption) a contributing factor?  The questions could go on and on with no certain answers.