Play ball with me!

As I've mentioned in the past, Trail is ball obsessed. Specifically his "Chuck" ball.  There are times that he is very demanding and refuses to be ignored when he thinks that ball needs to tossed. Sometimes "Chuck" appears on the kitchen table.  Not a place that a slobbery dog ball should be. 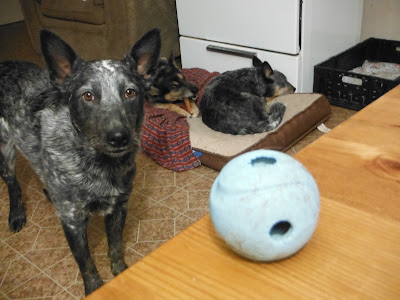 Of course, placing the ball on the table works. It gets tossed lightly across the kitchen or bounced for Trail to catch. No, that really isn't teaching him anything but it really doesn't matter too much.  He is somewhat considerate in the fact that he tends to place it on the edge of the table and patiently waits with just a slight whine or two.

With the upcoming holidays, we won't be posting too much. To all of you, from all of us... Merry Christmas!!
Posted by acd6pack at 12:36 8 comments: 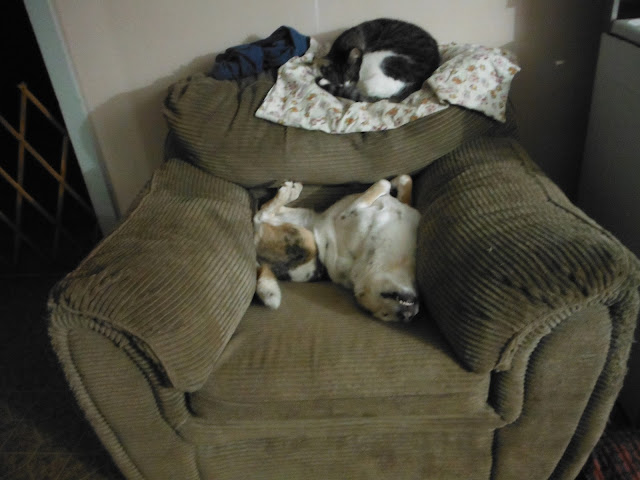 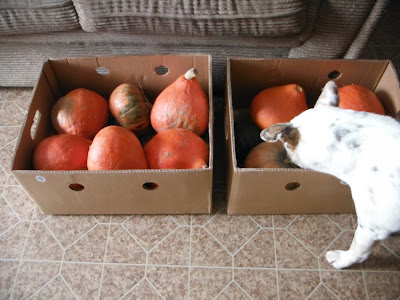 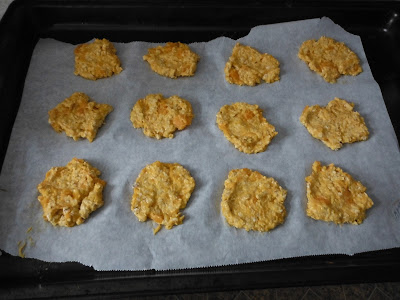 Very simple treats, just some squash, a little flour, some oats and water to hold it all together.
Posted by acd6pack at 01:30 3 comments:

Thursday morning here was dark. Unusually dark. Uh-oh, power outage. From early in the morning until after lunch we had no power due to a motor vehicle accident which severed a pole and brought down wires. Then, overnight Thursday into Friday morning there was a snow storm resulting in another power outage, this one lasting around 5 hours.

The snow was very heavy and wet which destroyed our hen's outdoor pen by collapsing all the wire fencing.

It did make for some pretty scenery.  This was the view out our back door. 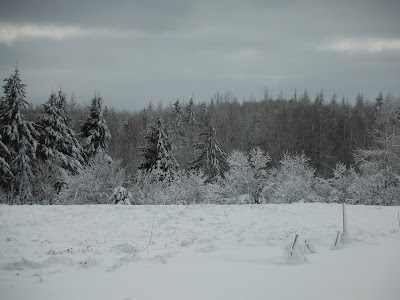 Callie and Trail both liked the snow, Bill, Hiker and Brook shivered as usual. 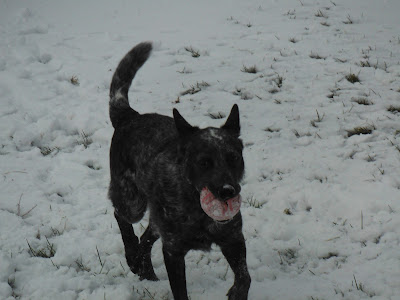 Today the sun is out and the temperatures are around 5C/41F so the snow is melting but we know that this was just a brief preview of what is to come.
Posted by acd6pack at 09:42 3 comments: