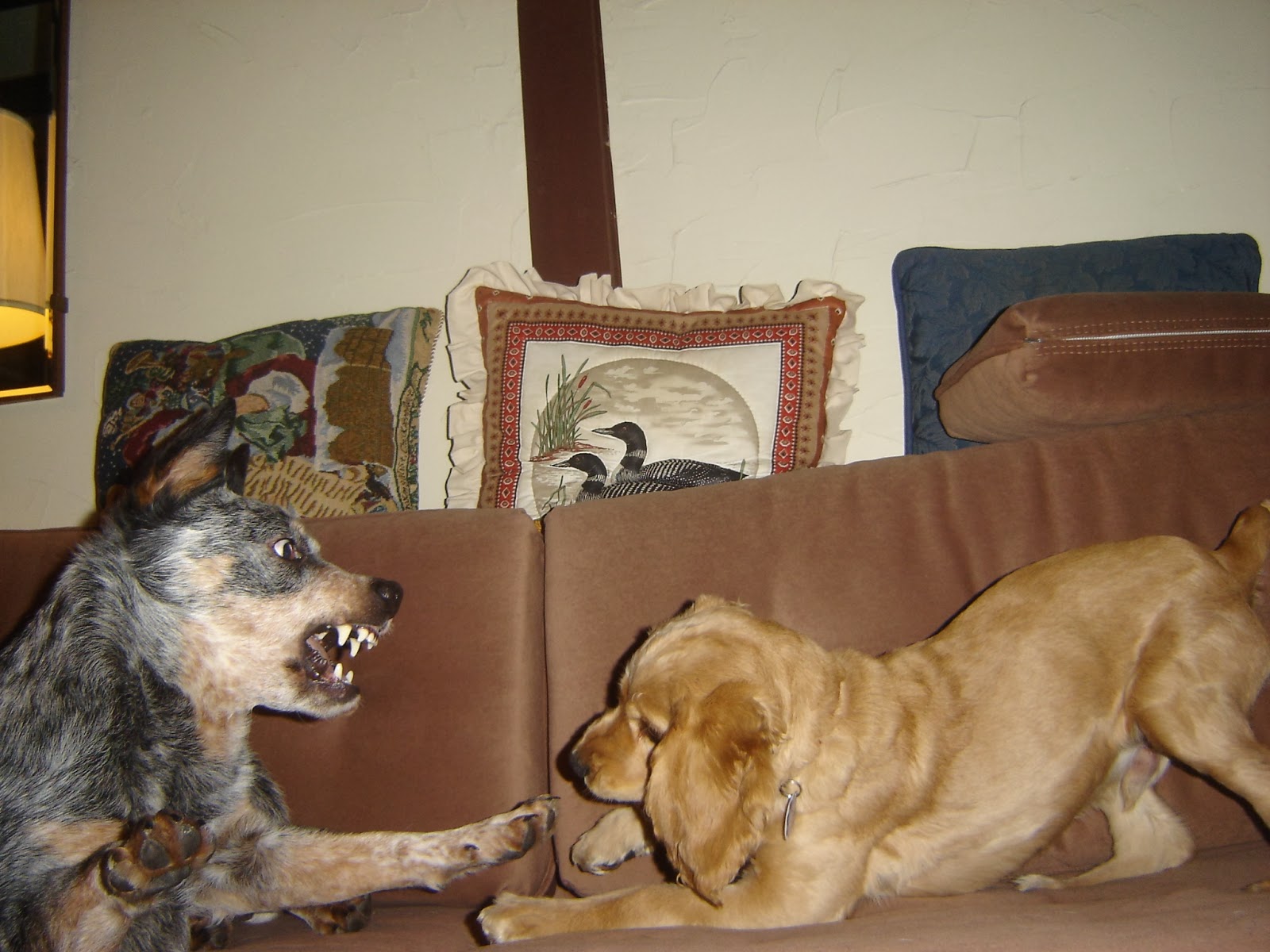 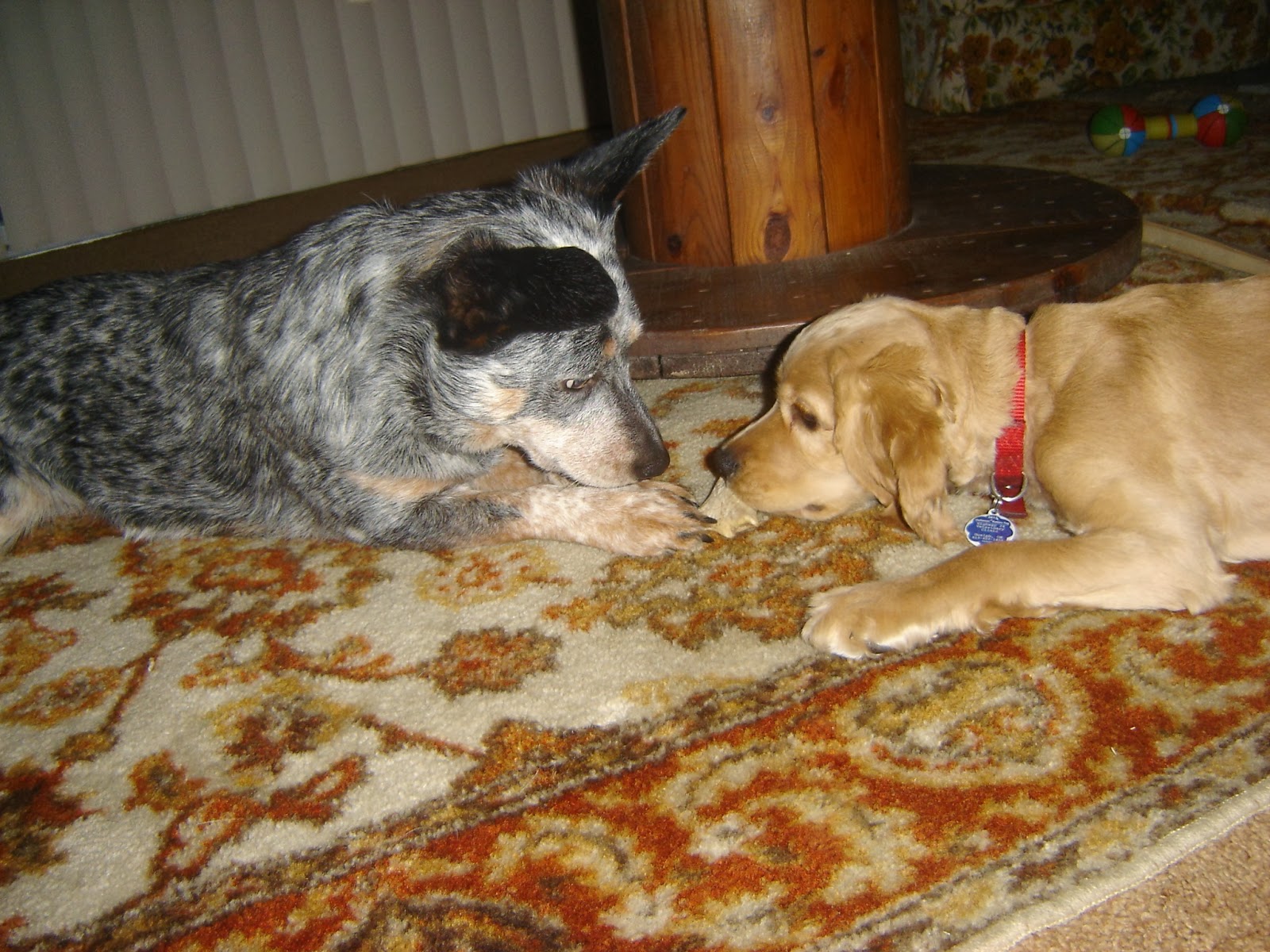 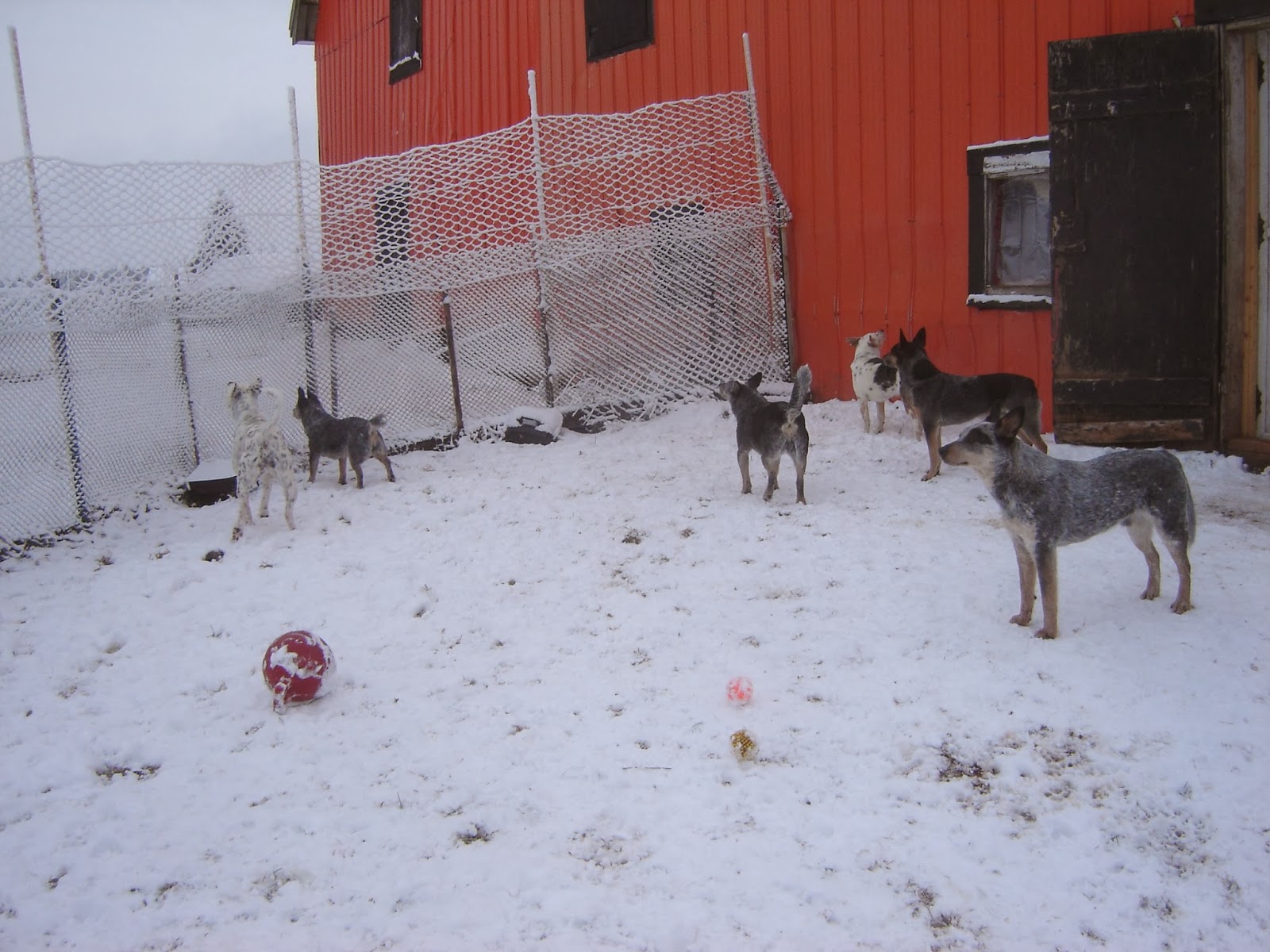 Thanks for your kind comments on our last post and we are so happy that you are still with us. We are all doing well, the cats Elsie and Gerrard too.  They have decided that a pack of seven dogs in a small space (more on that in a future post) will not squish them and they are happily hanging out with us and staying warm too.

That is what we have been doing.  No great tales of wild island adventures.

There have been long naps.... 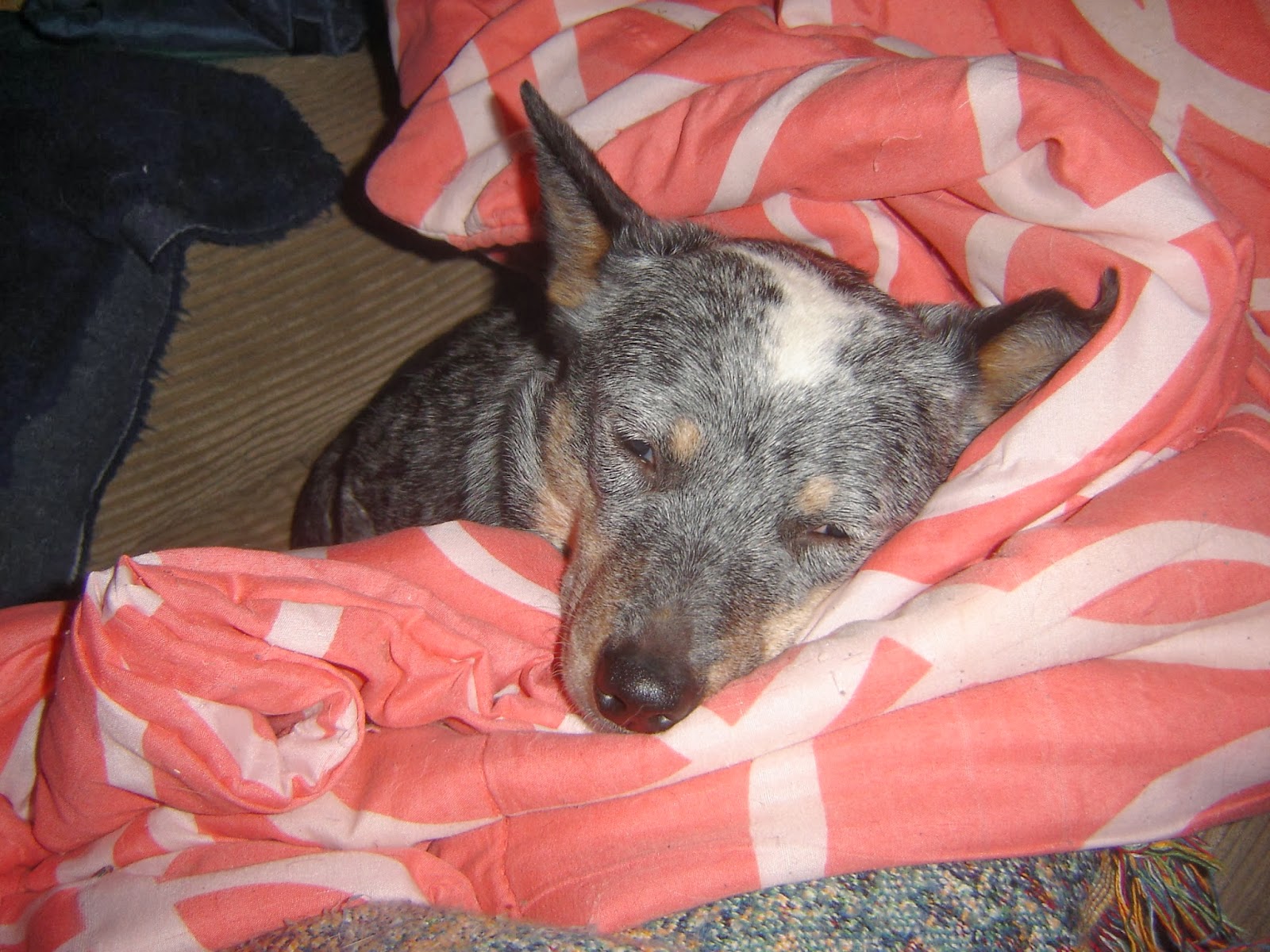 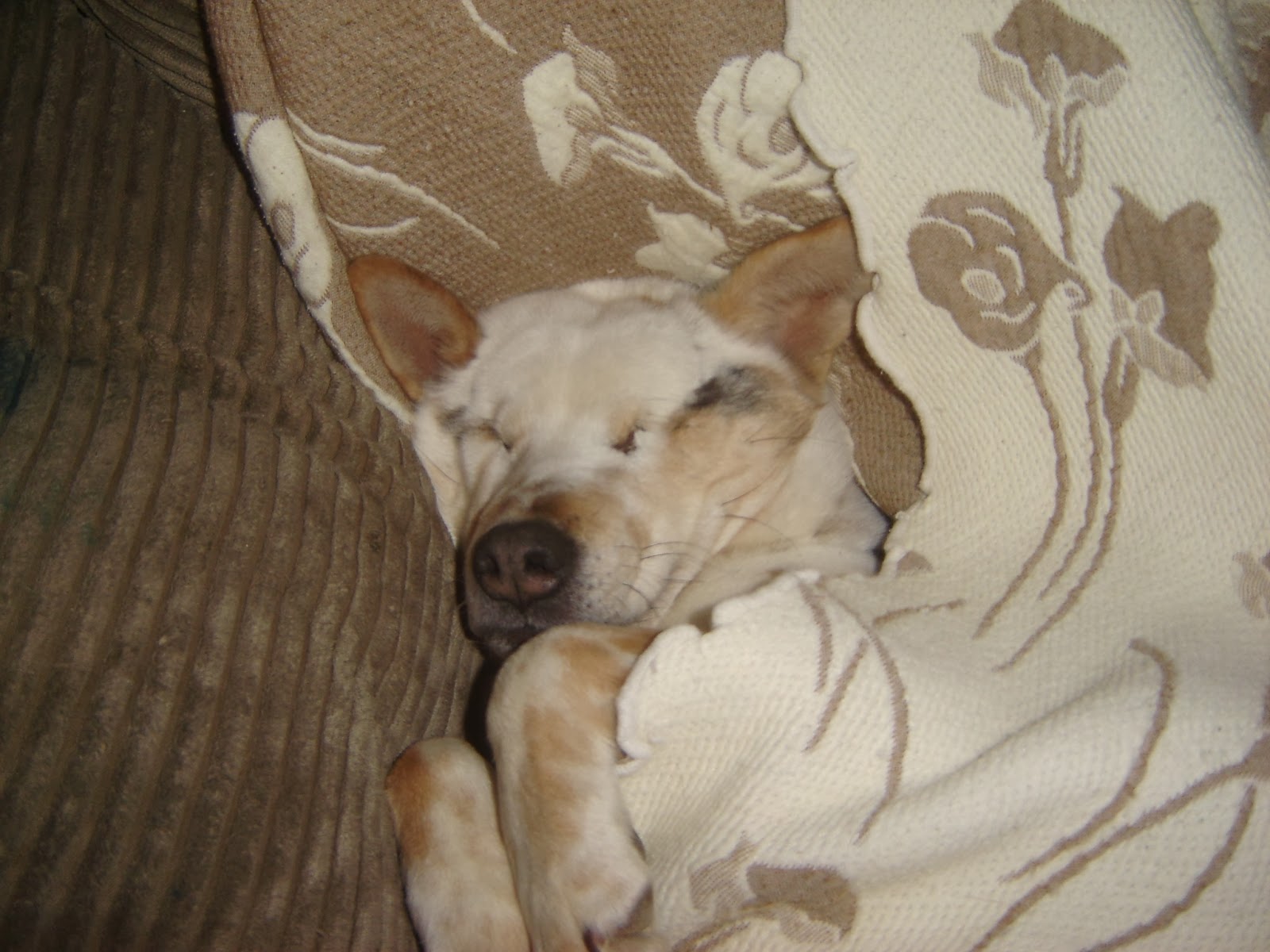 ......sometimes with a couple of pack members for extra body heat. 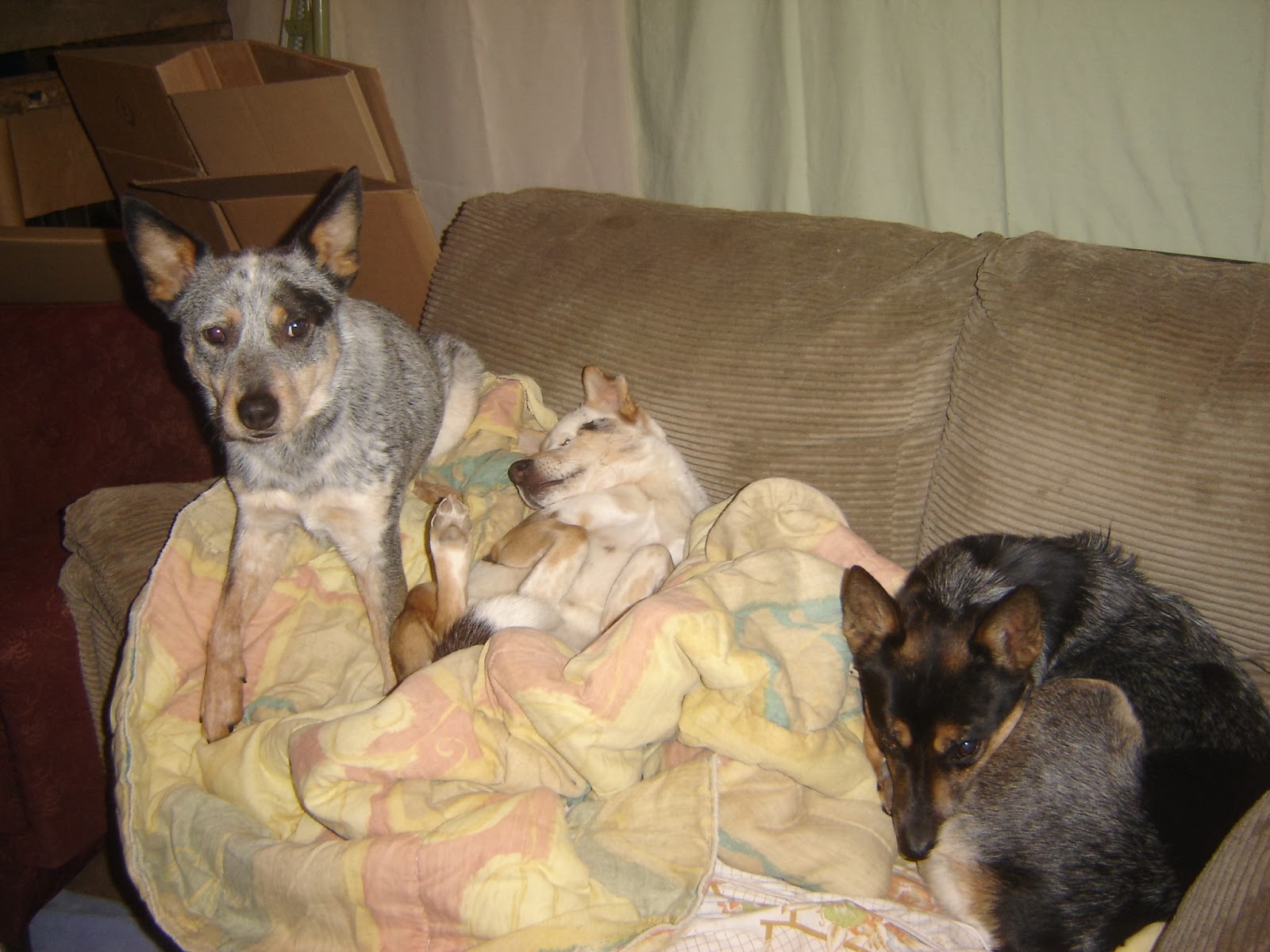 Why the blankets and need for warmth?  Well, here on the east coast island we've had temperatures of -27C/-16F with windchills of -36C/-32F.  At that time there were winds of 70 - 90km/hr.  So, we decided to hibernate.  Then the weather improved and all the snow melted and the temperatures rose to 5C/41F and it felt like spring for a few days.  We're back to the high winds and cold again.

During those really cold days, our cold loving girl Callie was thrilled to be outside playing JollyBall. No pictures of that since I was concerned that the camera might freeze along with my fingers.

Breeze has found an interesting way to deal with the cold weather. 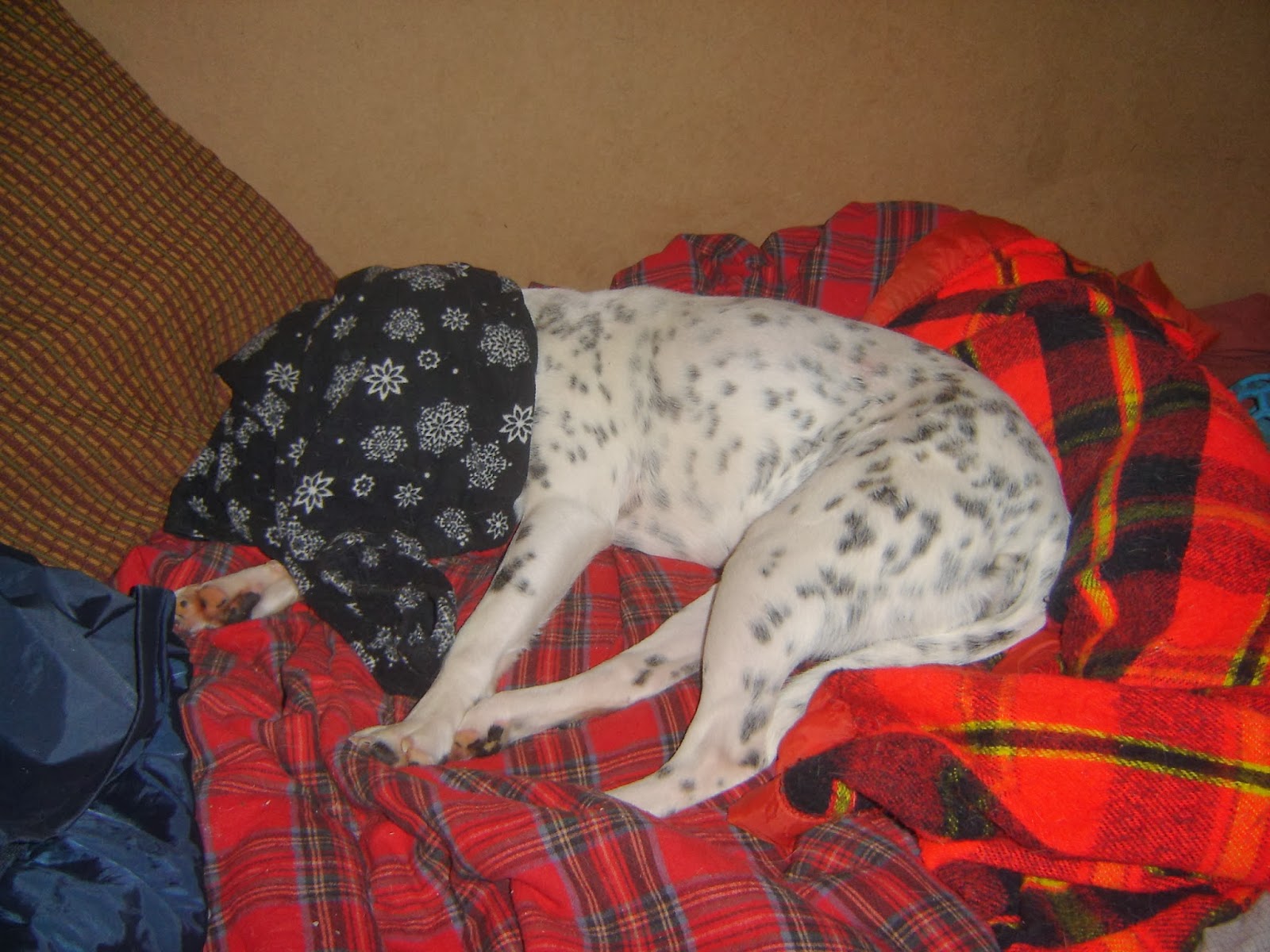 Not sure why, but it works for her.  She has been having some problems with what might be anxiety and seizure-like activity.  Having her head covered makes a difference and she will settle and sleep for a few hours while remaining calm.

Thanks again for stopping by. We will be catching up on your blogs soon.
Posted by acd6pack at 11:16 5 comments:

Hi everyone. Just wanted to say hello and let you that we are still around, just a lack of internet. All is well with the pack, we are still living in the barn and have adapted quite well to such a small and rustic space.

I hope to have better access to the internet soon and will return to posting our adventures and more importantly, catching up with all of you.