Brook's surgery went well last week.  She tolerated the anesthetic with no issues so our veterinary team was able to perform a bilateral enucleation - both eyes were removed. We had talked about removing both eyes since we knew that the right eye would likely bleed at some point also. Taking into account that Brook had no vision due to her detached retinas, it wasn't like anything would be missing for her.

The day of the surgery when I went to check on Brook, our veterinarian asked if I was comfortable taking her home. Originally, she was to stay overnight but she wan't very happy at the clinic.  I agreed that she would be more comfortable and settled at home.  It was a very long night since Brook was still reacting to the anesthetic and was whimpering and barking in addition to being very thirsty and then needing to go outside to pee.

Within a couple of days, she was acting normal and healing nicely. 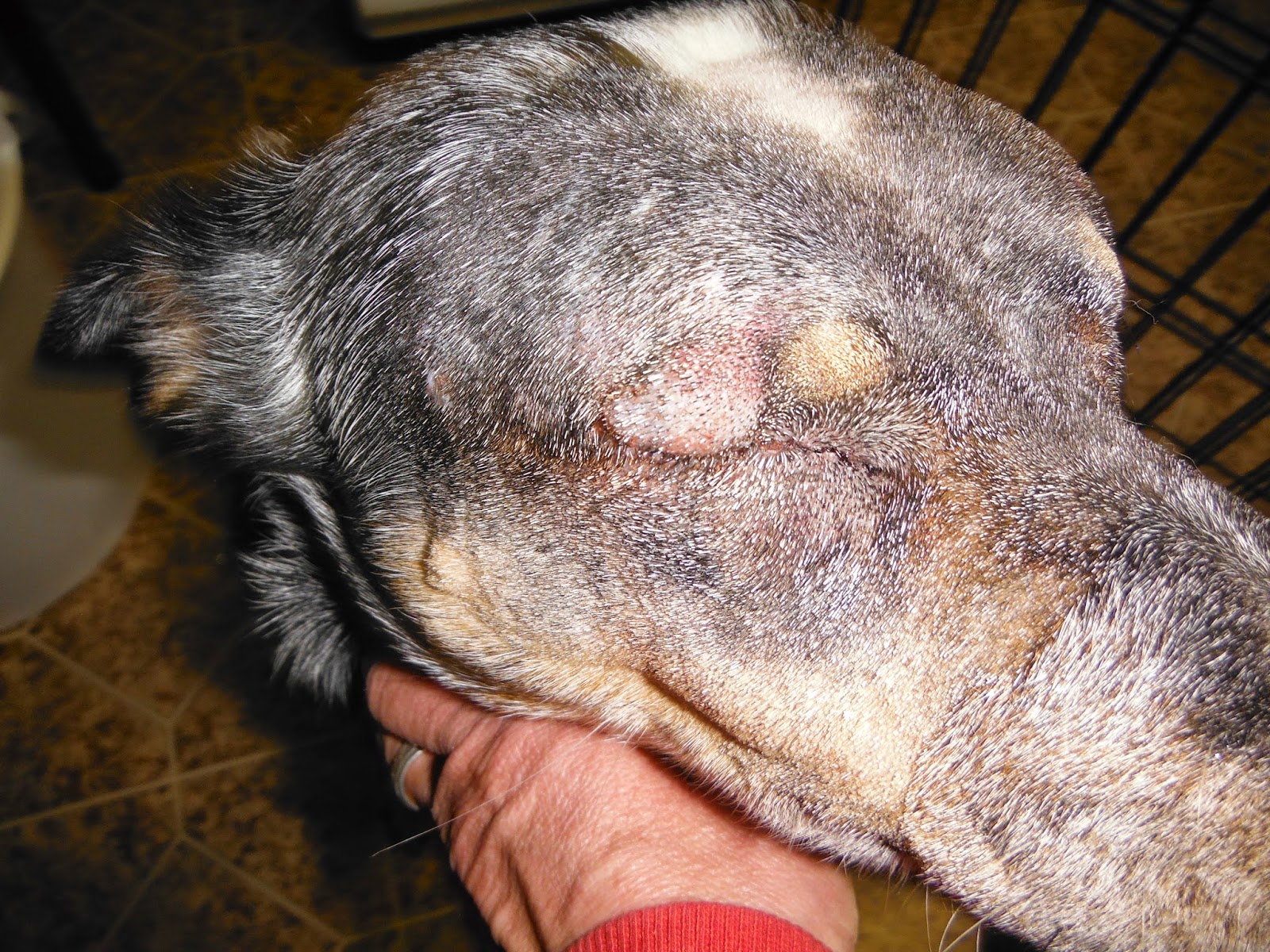 There is only one stitch that is external. This is a huge difference from when Hiker had the same surgery and much easier to look at. Also, Brook was given nerve blocks during the surgery, which were not given to Hiker (if I had only known about that) so Brook's pain level appeared to low due to that and also the fact that she had a pain medication patch on.  The veterinarian suggested that Brook should wear a baby's t-shirt to keep her from grabbing the patch. So, that is what we did. 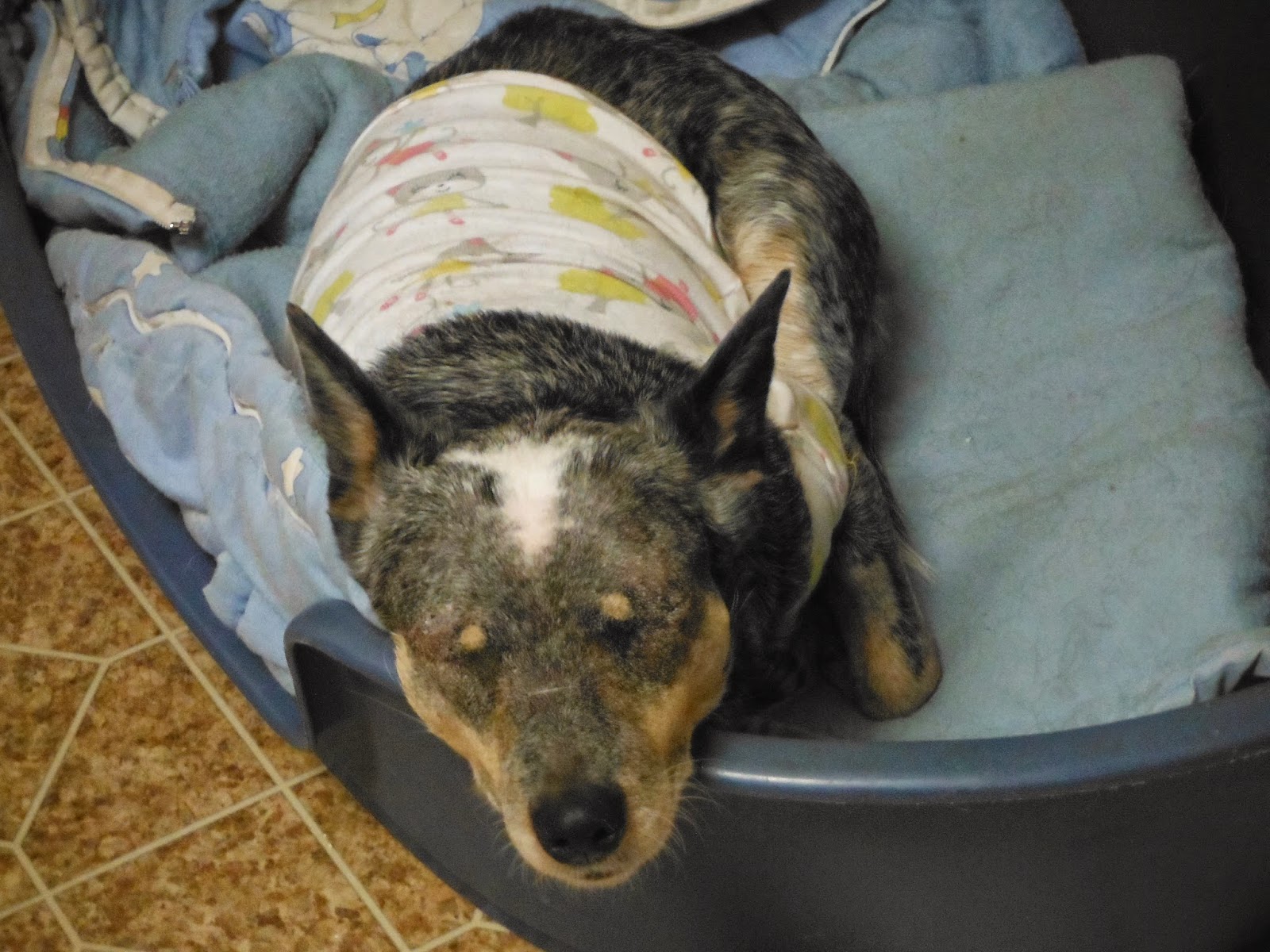 Thanks to all of you commented and sent well wishes!
Posted by acd6pack at 11:45 12 comments: