Years ago when Brook joined the pack, she was diagnosed with detached retinas, resulting in complete blindness.  At that time and at every visit to the opthamologist, the same warning, "It isn't IF her eyes need to be removed, it is WHEN."  All the warning signs were reviewed over and over again.  Yesterday one of those warning signs appeared.

For a couple of days, Brook's left eye appeared a bit red in the corner but she was likely tired at the times, so no concern. Then on Tuesday evening, Bill and her were running out the door (as usual) and Brook slid into the fence on her left side. Typical Brook, she got up and carried on. (she has bumped her head much harder numerous times) Wednesday morning, her left eye was full of blood. 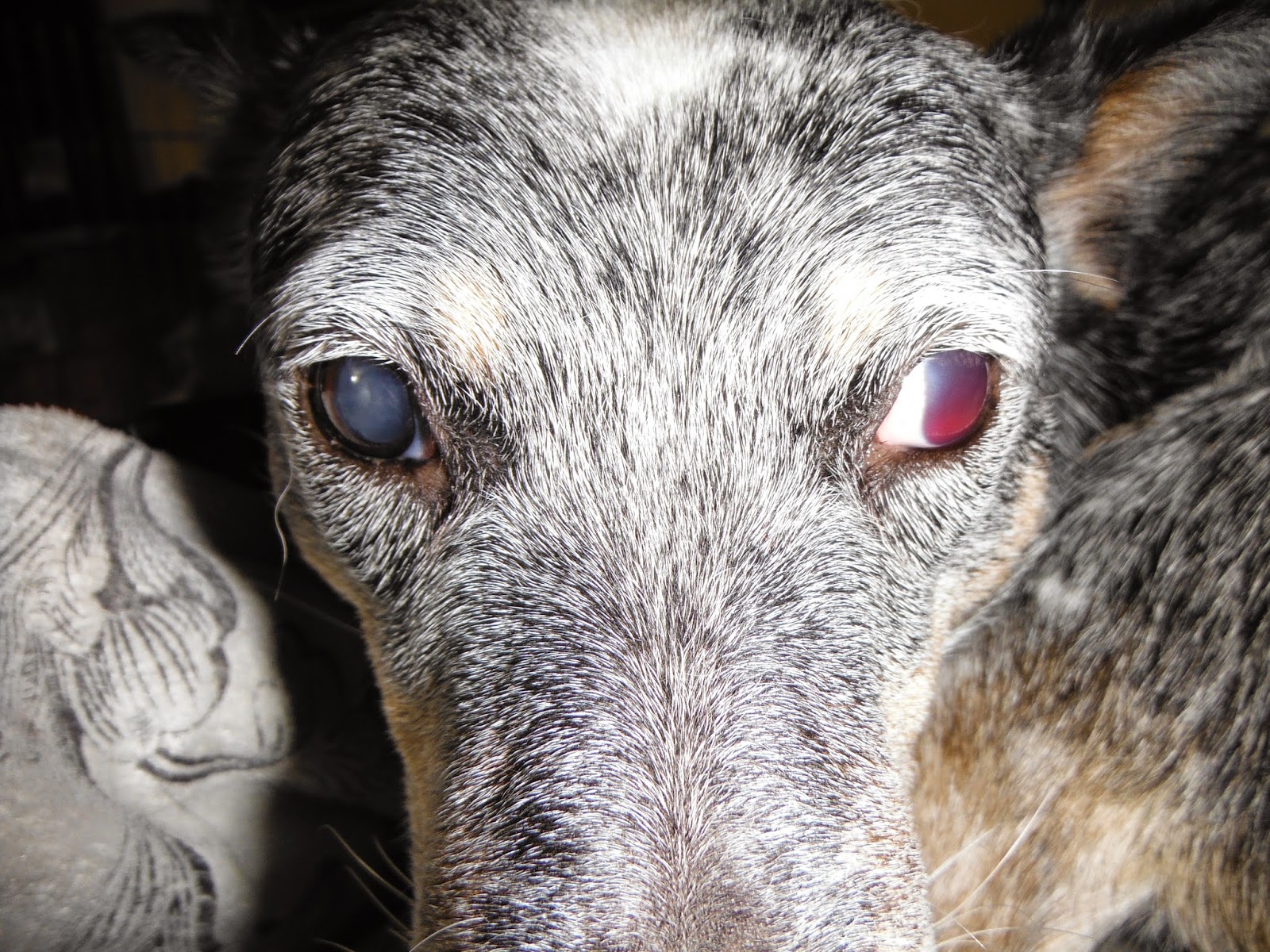 Off to the vet.  Brook had blood taken and got lots of treats. 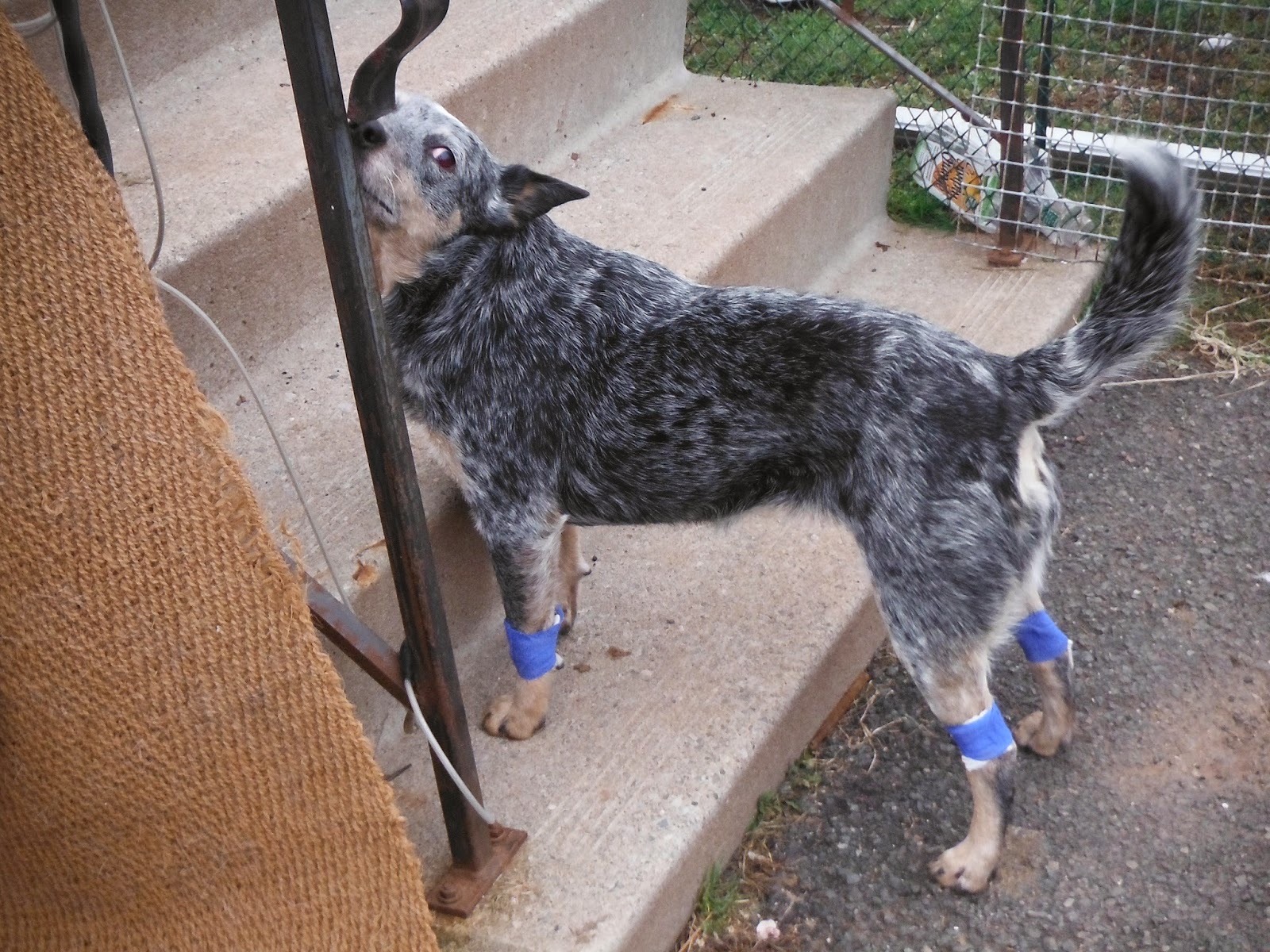 Surgery to remove her eye is scheduled for next Tuesday.  If all goes well during the removal of the left eye, her right eye will be removed at the same time. It makes more sense to remove it if possible since she can't see, there is really no need to keep it.

We'll keep you posted as to how things are going.
Posted by acd6pack at 01:30 8 comments:

We have been having rainy weather, then a few days of snow and cold then back to the rain.

When it is a cold and rainy day, there is not much better than having a nap on the bed with your head on a pillow. 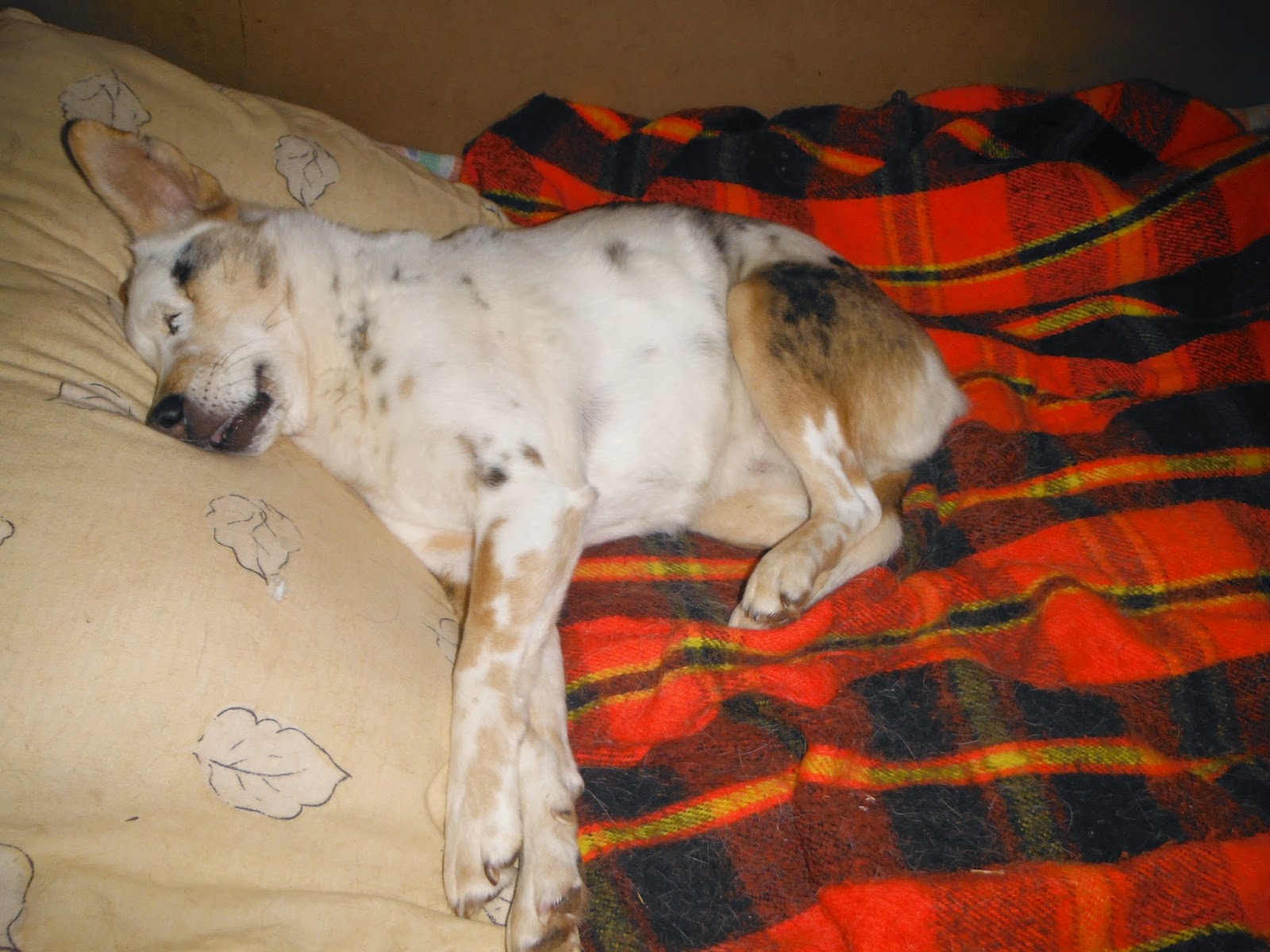 Then again, it seems there is something better. Having a cuddle. 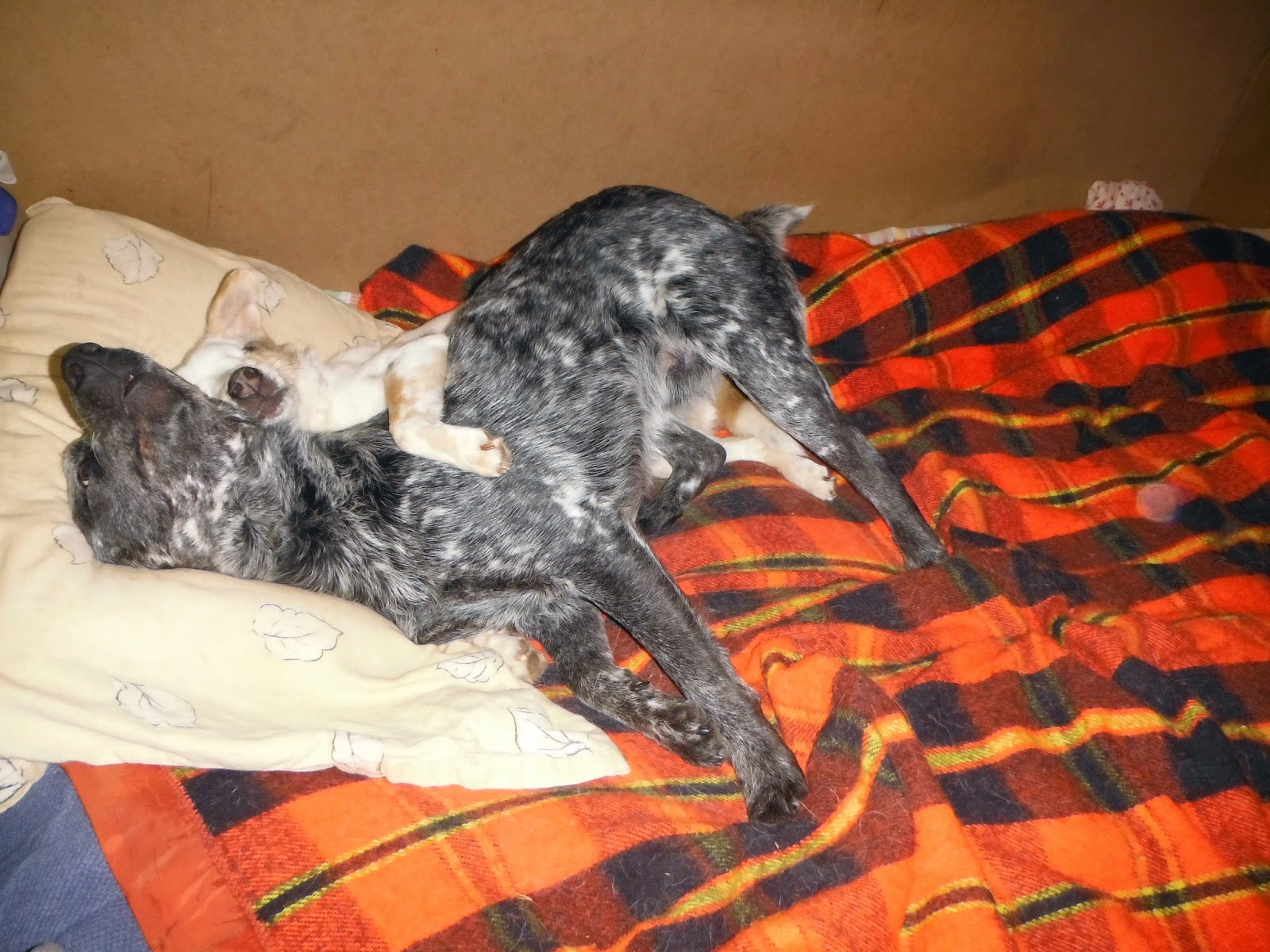 The house cats Elsie and Alice got some new toys to have upstairs away from the dogs. 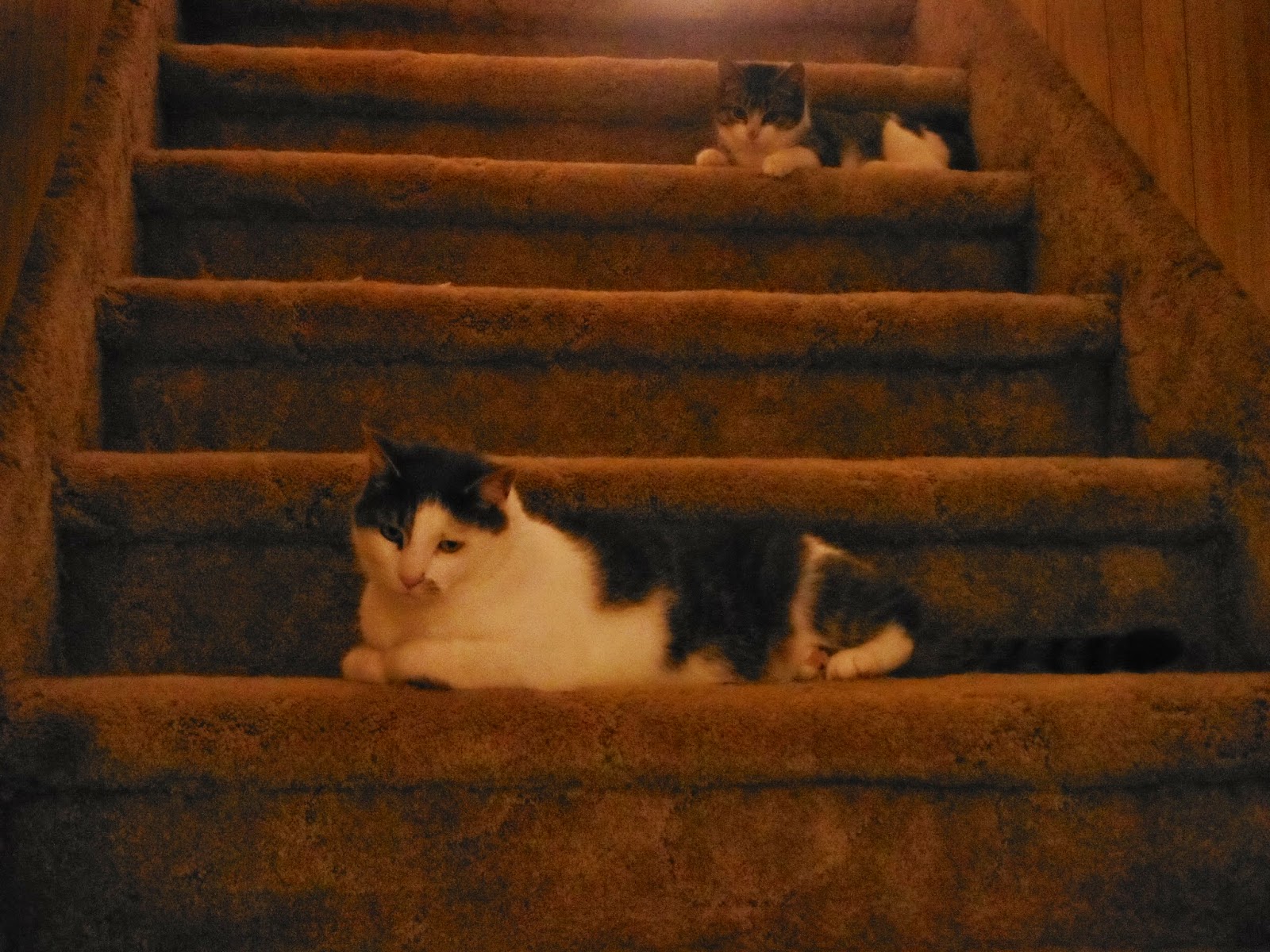 Here is one of the toys.

Lets call this before. 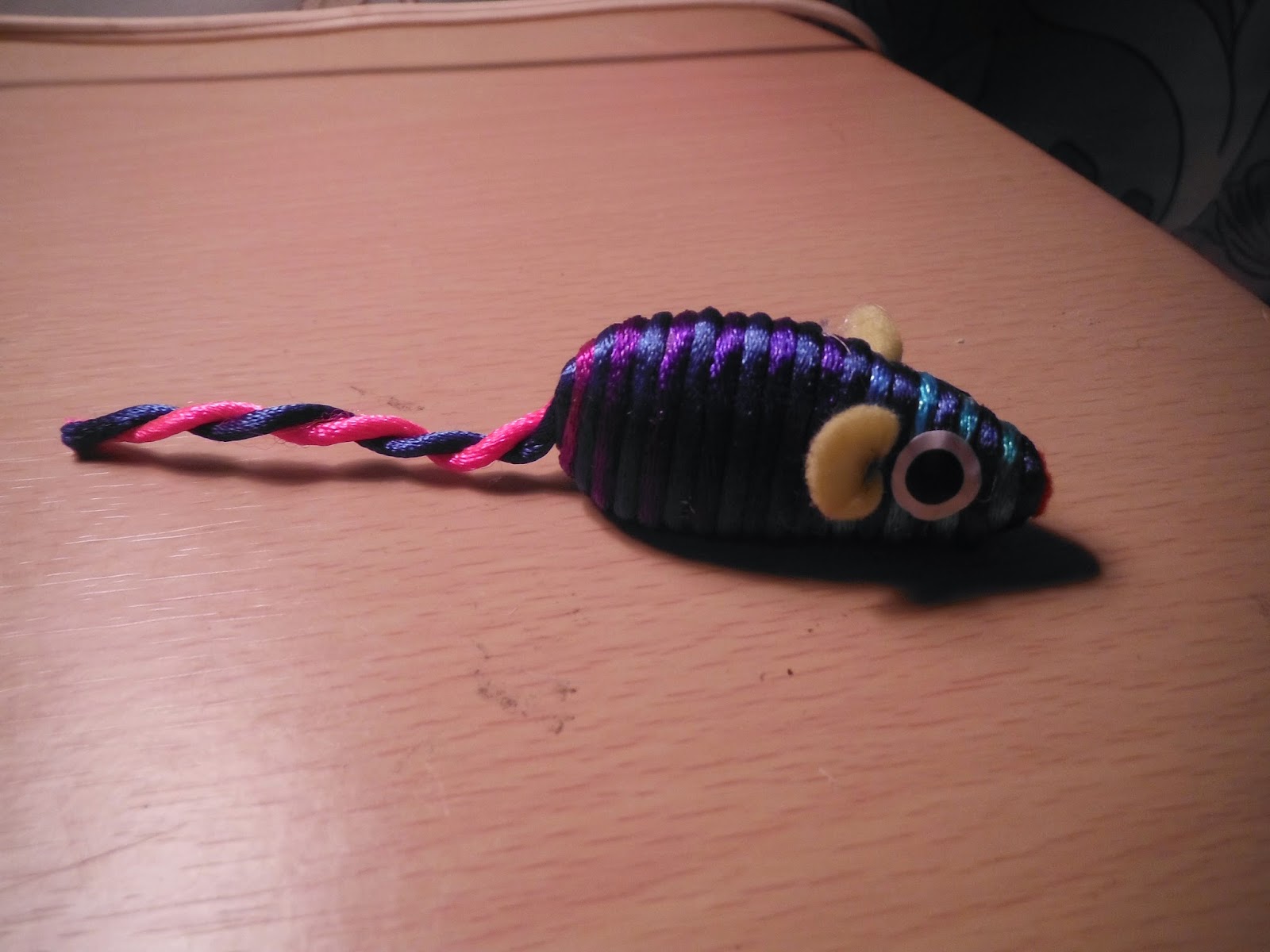 Then we'll call this photo the after. 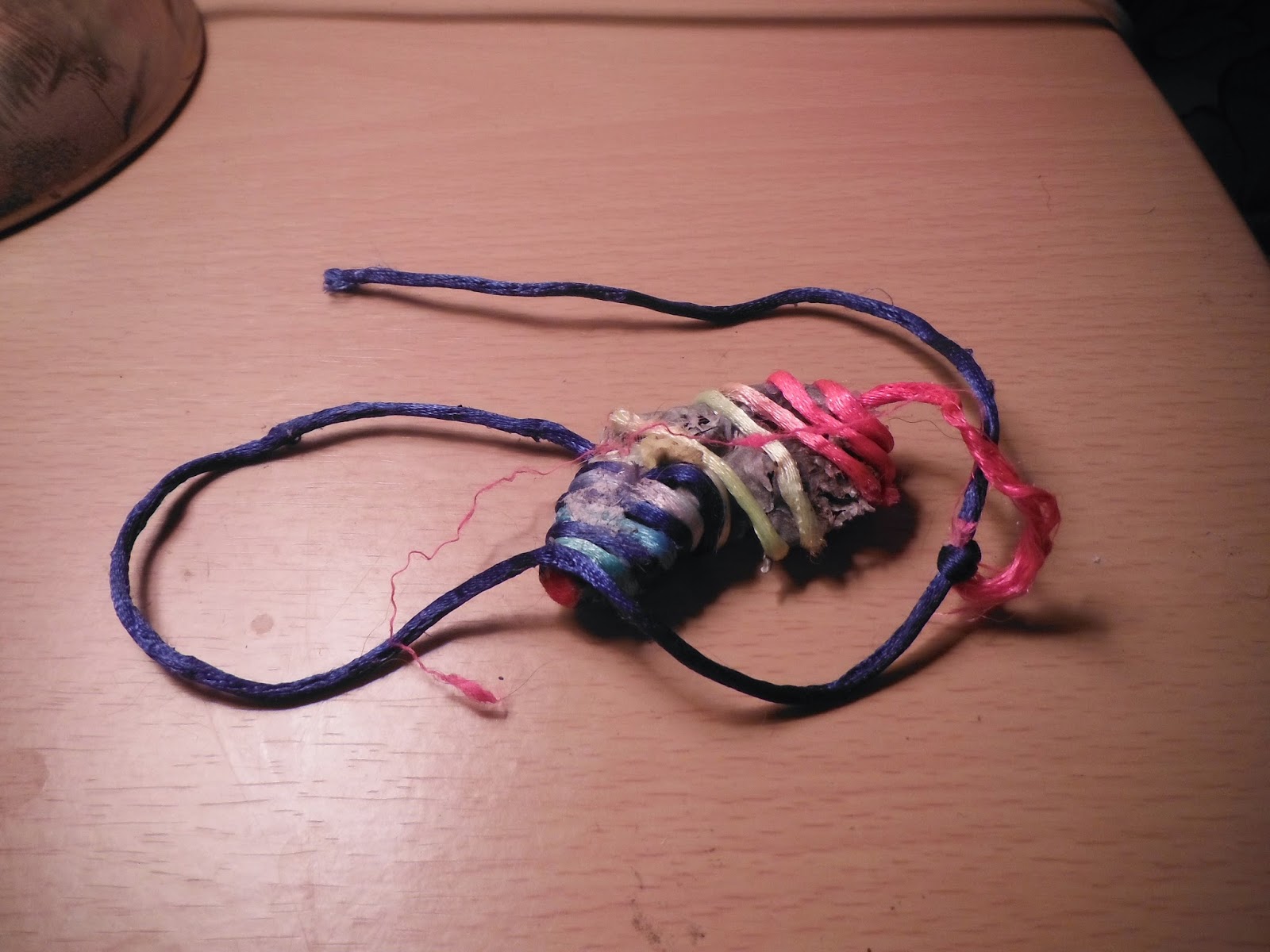 This is Molly denying any knowledge of what happened. 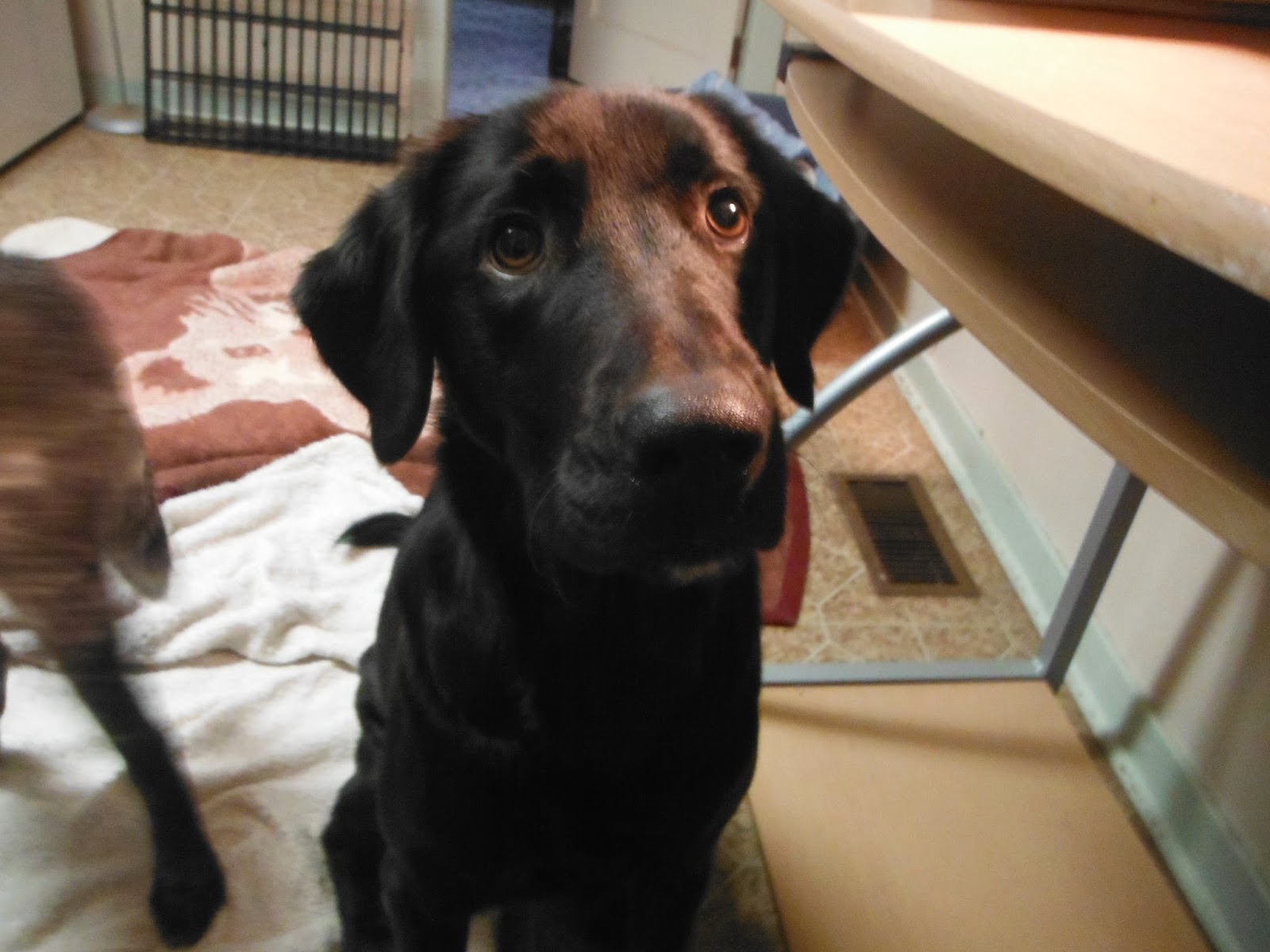 To Rachel@my two pitties and anyone else who may be wondering about Molly.  There is no plan to keep her. It isn't that we don't want her, it is that she isn't what we want.  Molly is a super lovable and smart happy lab who would be a fantastic addition to any home.  There are a couple of possible homes that we will consider in the spring but for the winter at least, she will be with us. There is no rush for her to leave.
Posted by acd6pack at 08:49 6 comments: 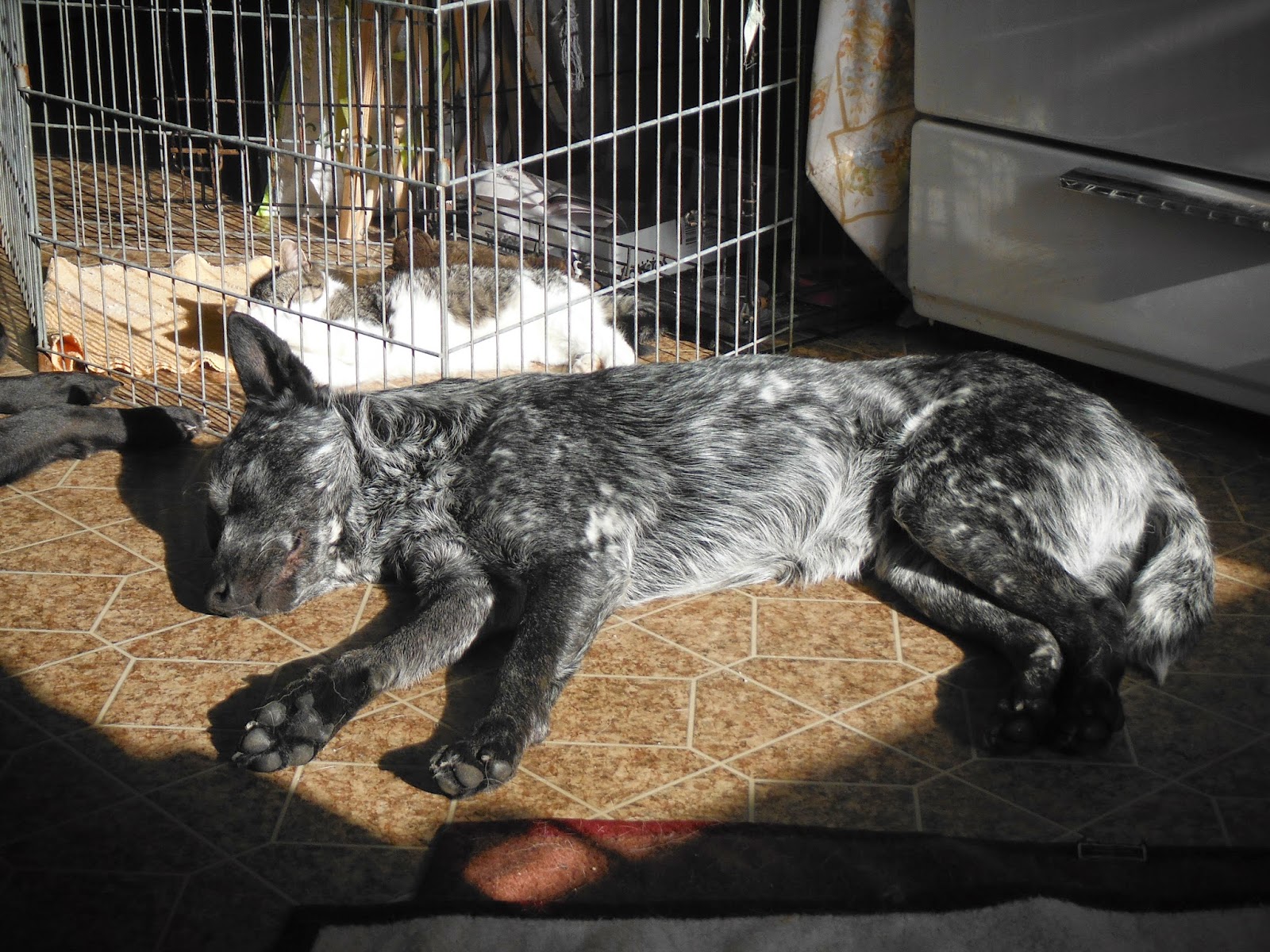 An addition and moving

We've been busy and without reliable internet have missed updating this blog and reading your blogs. We're still around and doing well.

There is a new addition here at acd6pack.  Her name is Alice. 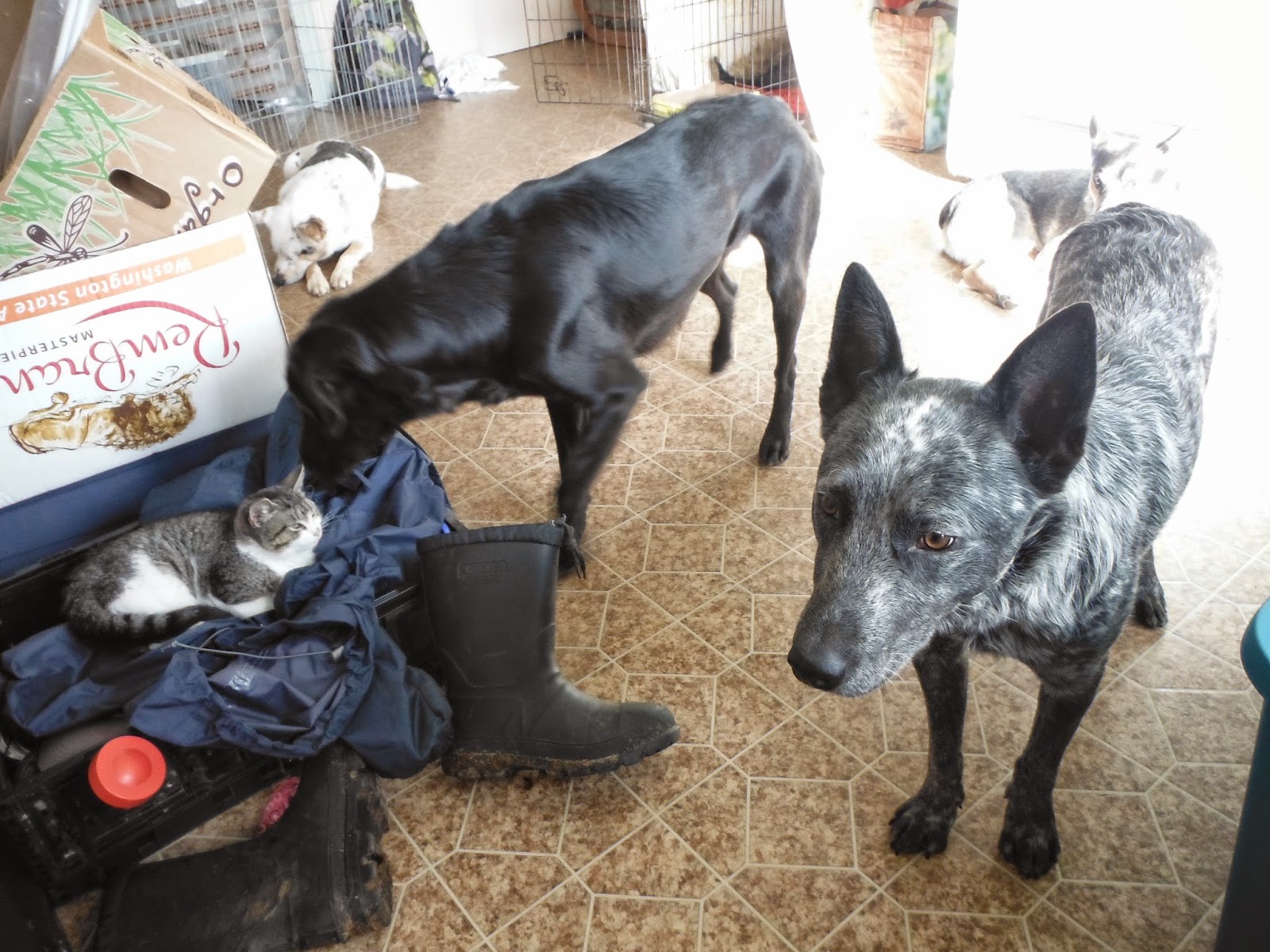 Yes, a kitten and she is very popular with the dogs!


A friend of a friend found her in their yard and where they live, there is nowhere she could have come from. Likely, she was dumped/tossed.  Alice was at the vet and other than being very underweight, she appears to be in good health and about four months old. Alice looks similar to our cat Elsie except that Alice has "freckles" on her nose.

In addition to the excitement of Alice's arrival, we moved into the house!  The dogs adapted quickly and are enjoying the big windows, natural light and are having fun running around their new fenced area.
Posted by acd6pack at 10:22 6 comments: 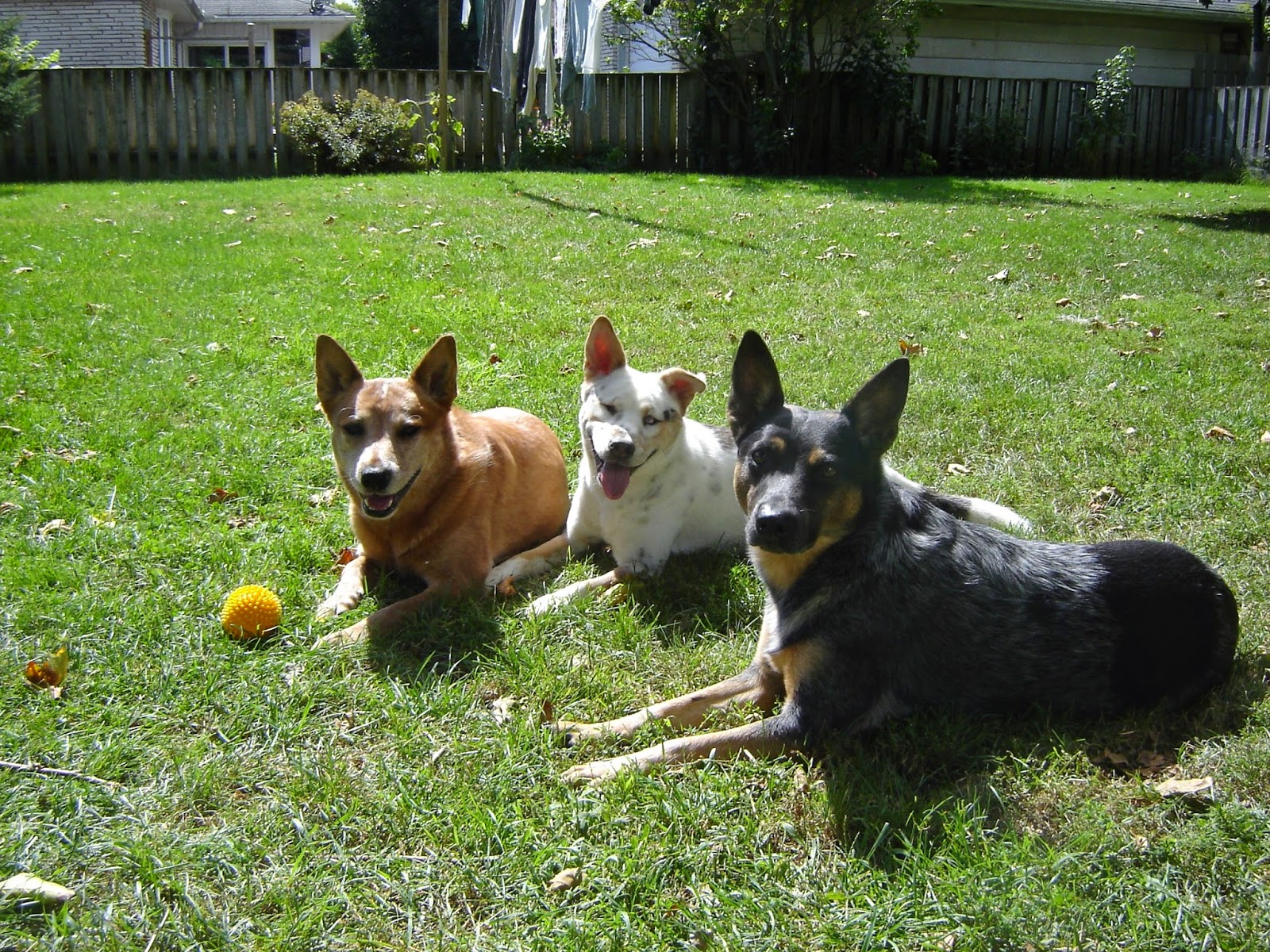 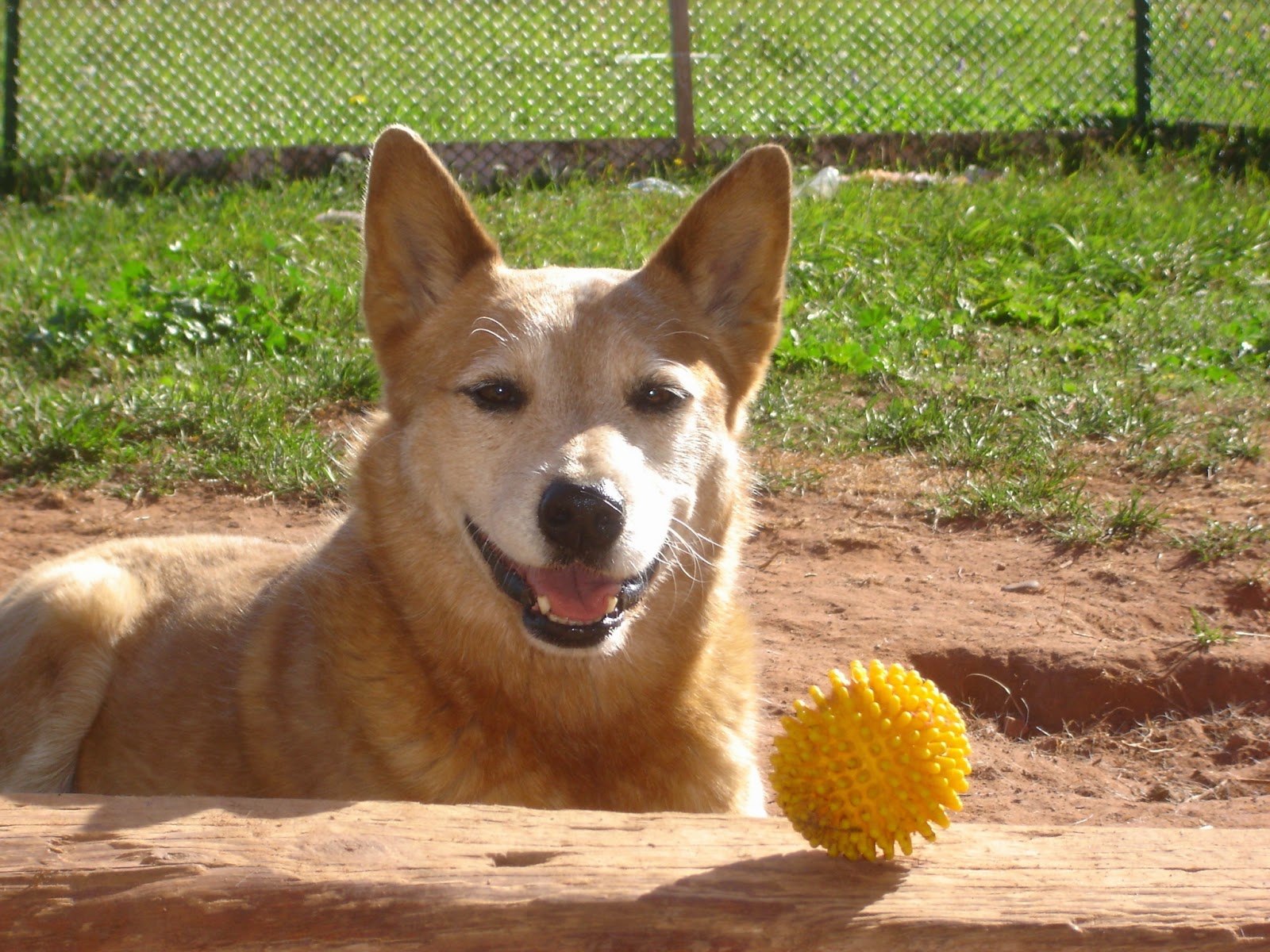 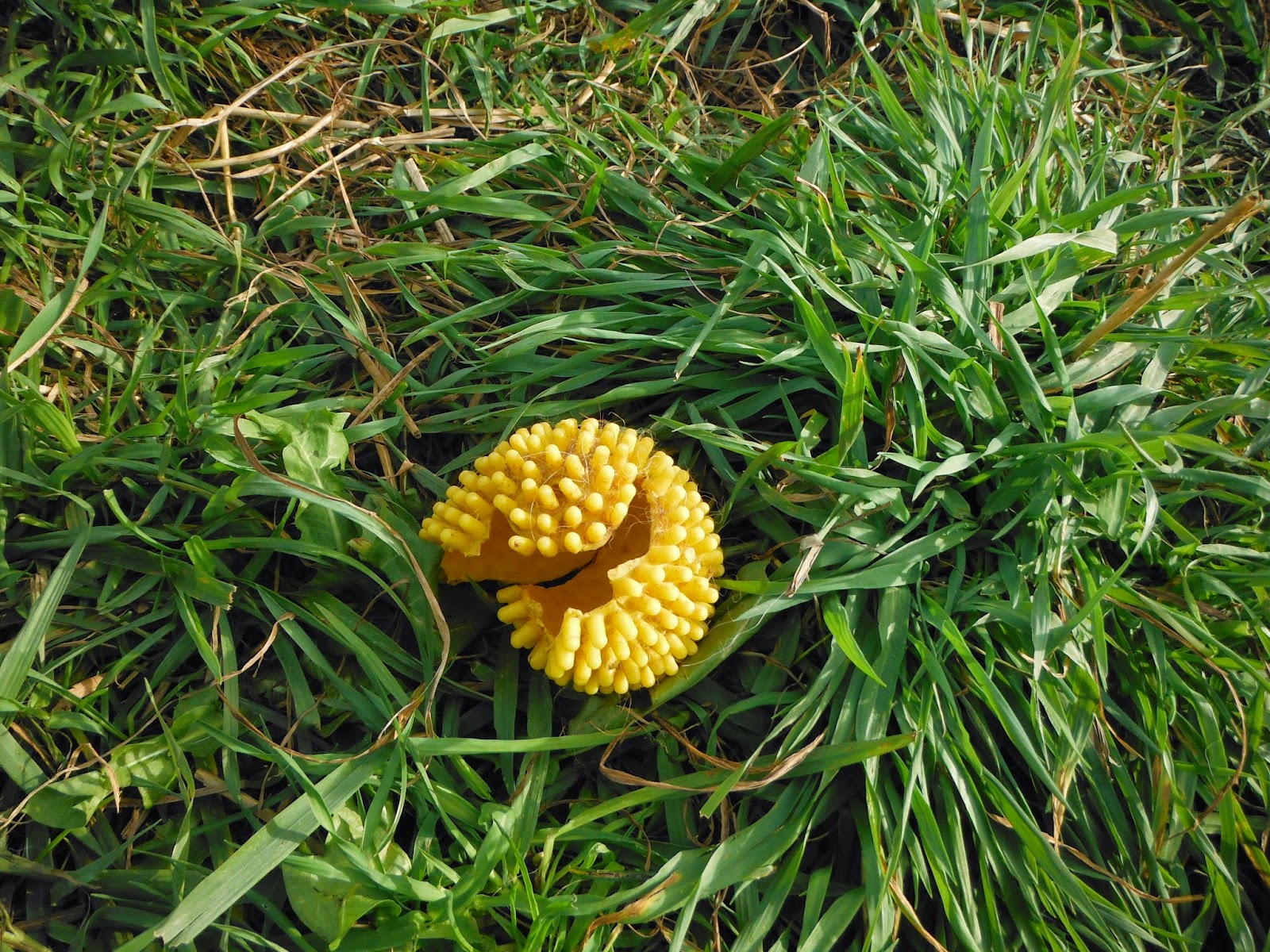 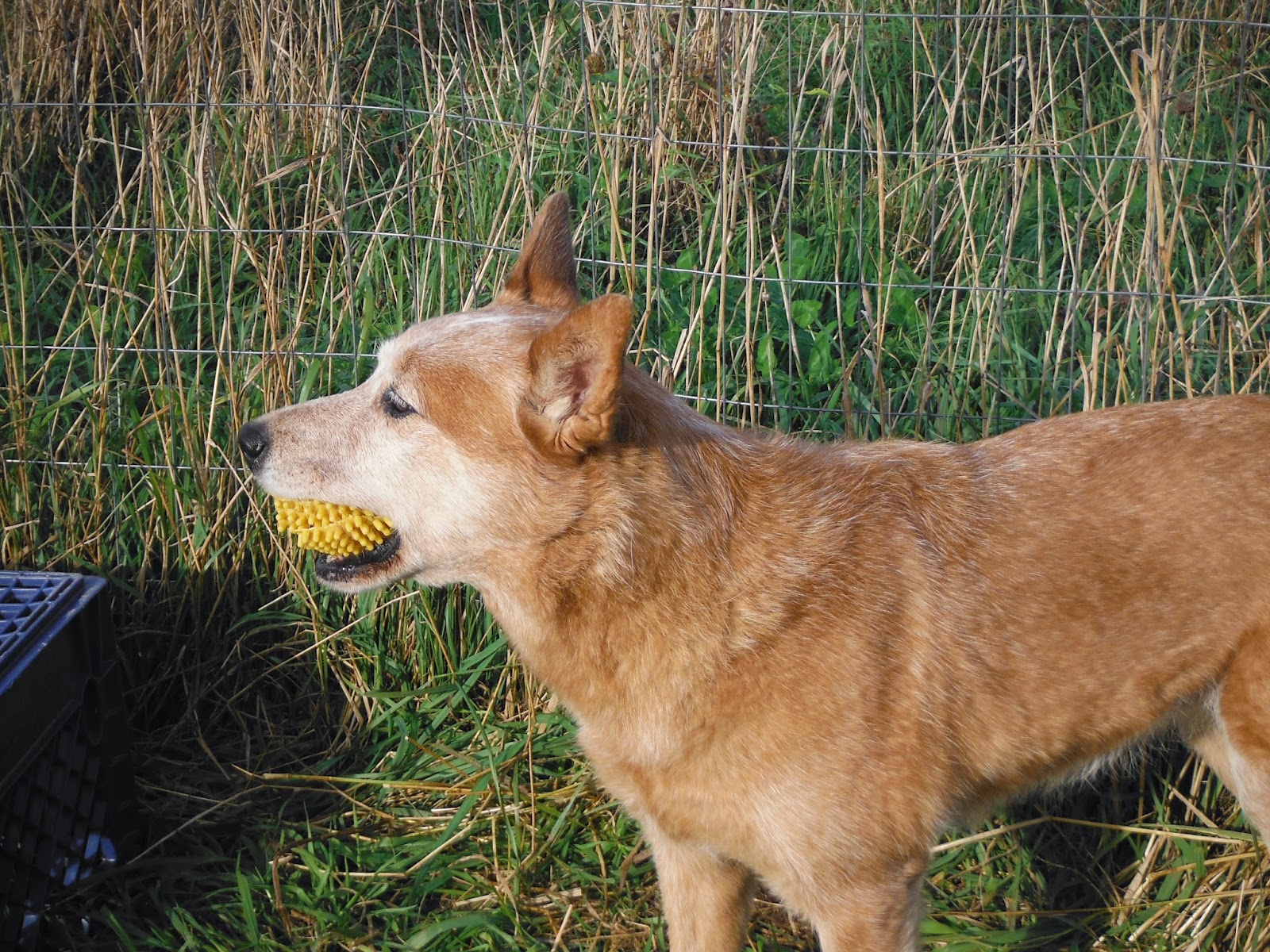 The first one was Molly who we accepted into our home.

The month after Molly there were two medium sized mixed breeds. A couple we know had split and the dogs were at the house with the man.  He wasn't sure that he wanted them and asked if we would take them.  As difficult as it was, I said no.  Well, not completely no.  I offered that if he wasn't able to care for them that they could come to our home and we would re-home them. Another option I suggested was the local Humane Society.

For now, those two dogs are being well cared for.  I ask often. Not just a casual, "how are the dogs?" but questions that require a more detailed answer than "fine" or "okay".

Then last week, there was a Treeing Walker Coon Hound.

The family that has him purchased him as a puppy from up the road...he was SO cute!  Unfortunately, this dog, now almost two years old, is not a good fit for this family. They admit that they had no idea about the breed nor what his temperment or exercise requirements would be.  Did we want another dog?

Again, I said no but with options.  I suggest a trainer, increased exercise and mental stimulation along with doing some research on the breed (better late than never).  For now, he staying with the family.  Again I offered that if they are needing him out, we will make room for him until a suitable home can be found.

Sad and somewhat scary isn't it?  In just three months, four dogs.  How many more have we not heard about?

We can't help everyone but we can and will do what we can where we can.