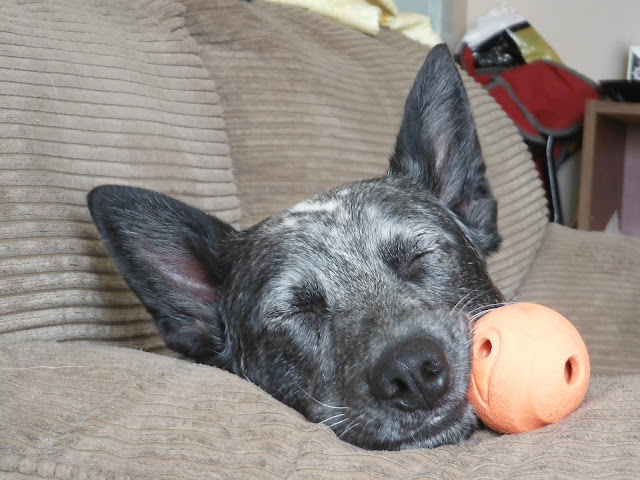 It is that time of year again...tomato harvest time!  As I have mentioned previously, never underestimate the determination of a blind and mostly deaf dog.  All of the pack enjoy tomatoes but blind and deaf Brook is especially excited about fresh tomatoes.

Back when the garden was planted, I put in a cherry-type tomato plant near the back door just for the dogs.  At the time I didn't realize that Brook took that to mean that she could help herself whenever she wanted to!

First, she inspects the plant and "looks" for ripe ones. 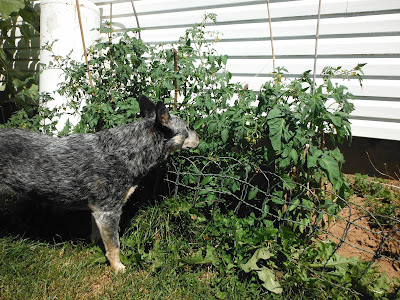 Then, closer inspection to be sure. 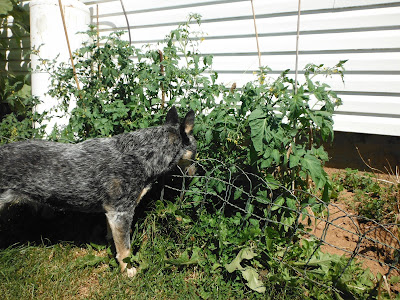 Once she figured out how to get over the low ornamental fence, she was in. 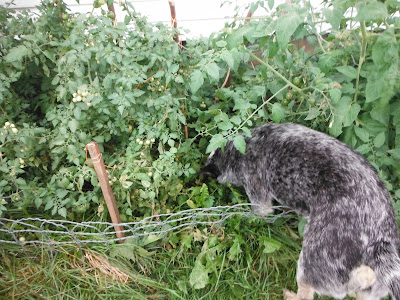 The plant is getting a bit damaged but it is a very large plant and Brook is enjoying herself, so that's okay. 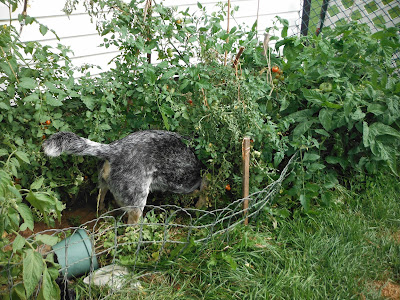 Brook and a couple of the others will actually pick their own tomatoes. They quickly discovered that if the tomato releases easily it is good to eat. However, there is the occasional green one that gets eaten too.

This is something that Brook does every time she goes outside, even in the middle of the night when out for a pee.  At least I know where to find her.
Posted by acd6pack at 11:39 5 comments:

As you may recall from previous posts, our deaf boy Trail is very attached to his orange chuck-it ball, a.k.a "Chuck".  He takes the ball with him wherever he can - upstairs, downstairs, on the couch and to bed.  When he can't find Chuck or Chuck has been put somewhere (by Trail), he will indicate that he needs help by staring, then to the spot and sometimes a little whining.  If I look at Trail and hold my hands out, palms up, he will go and get Chuck or take me to the spot where it is.

Well, the other day, while playing chase with Chuck, there was an incident. Chuck fell in!

The heating vent became dislodged when Trail was chasing and all I heard was a slight thunk and then a few fainter ones.  Chuck was gone!

Poor Trail kept coming to me and then running back to the hole in the floor.

I tried substituting a blue Chuck ball but Trail was not having any of that. What to do? Well, I did consider pulling down the duct work in the basement but reconsidered since I wasn't sure that was such a good idea.

The next day, I went to town and ninety-two dollars later, Trail has a new Chuck.  Okay, the ball really didn't cost that much! Since I was in town I did some grocery shopping and stocked up.  The orange chuck comes in a package that has a blue one and a glow in the dark one. So, we now have three blue and three glow in the dark balls that none of the dogs are interested in. (sigh)

Trail is now happy again and we are very careful about the heat vents in the floor.
Posted by acd6pack at 01:00 4 comments:

This was Hiker's first camping trip - a backpacking trip in the Allegheny National Forest.  I still remember friends saying "you can't take a blind dog backpacking!"

Yes, we proved them wrong. We all had a great time.

The other day blind Hiker went for acupuncture again.  We are going every three to four months and having fantastic results.  Our appointments have been first thing in the morning and Hiker is encouraged by the staff to visit and wander around the clinic before other clients arrive.  This seems to help her settle before her treatment.

During her wandering, she was given a rawhide chew which she didn't bother to eat since the freeze dried liver treats were also available.  When we left, the receptionist gave me Hiker's treat to take home.  I said no thanks since it would likely cause problems having only one treat.  I was surprised but pleased when she offered one for everybody! (good sales tactic too, since they really enjoyed them I will buy a bag)


A happy pack, thanks to Hiker's acupuncture appointment.
Posted by acd6pack at 12:04 4 comments: 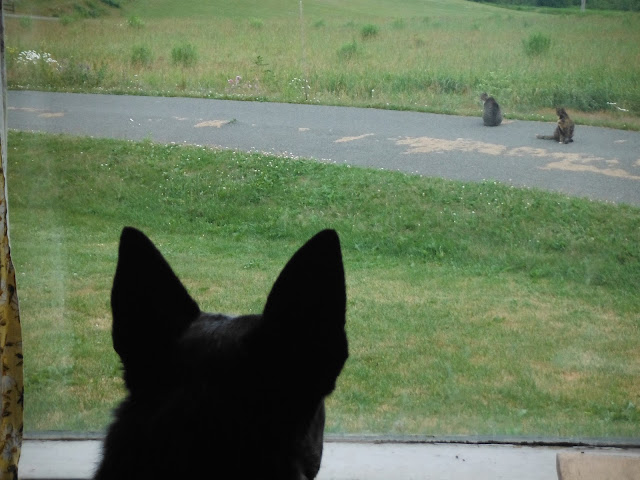 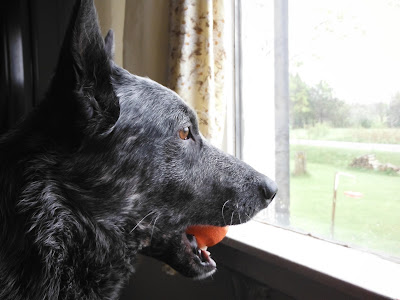 But for some reason he takes great pleasure in smearing his nose all over the window. 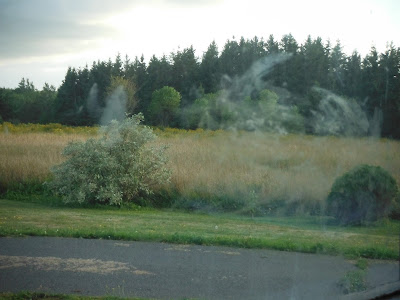 Somebody needs to clean that window.
Posted by acd6pack at 12:13 4 comments: