Do you remember the view (actually lack of) that we had from the kitchen window over the winter?  The snow drift made it very difficult to see anything.


Since the snow has melted, the view has improved. 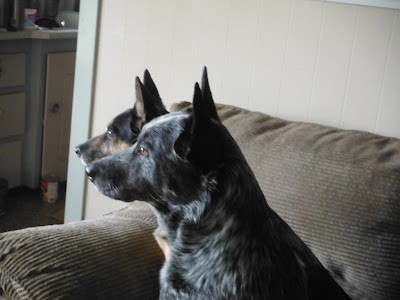 Bill and Trail were focused on something.

Even Arthur wanted a closer look. 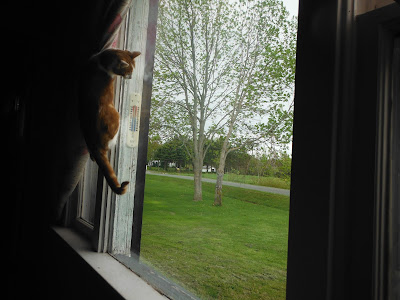 What was so interesting outside the kitchen window? 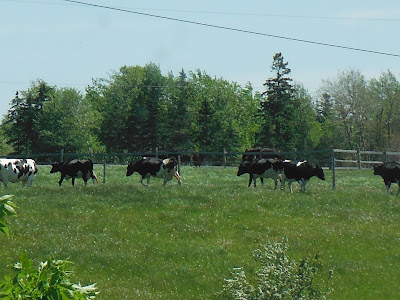 Yes, that is our view from the kitchen window.  They aren't our cows and horses (behind the fence) but we all enjoy watching them.
Posted by acd6pack at 11:42 3 comments: 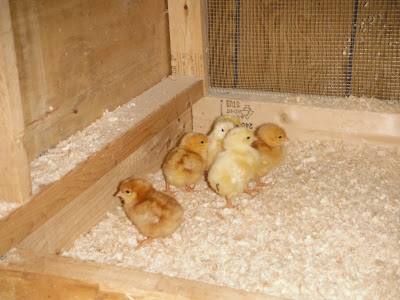 Now the food is safely in buckets, the chicks are in their brooder in the barn and the barn cats only glance at them.  A few months from now we'll be having fresh eggs.
Posted by acd6pack at 14:37 4 comments:

Summer is just around the corner, at least according to the calendar. The weather here hasn't been too bad, a few warm days and then a few cool ones.  But, at least it has been warm enough for it to be an ice cube day!


On another note, we are keeping our fingers and paws crossed for our girl Molly because she has a family interested in her.


As I have said previously, it isn't that we don't want Molly, she isn't what we want.  She is healthy, can see and can hear.  She is highly adoptable.  There hasn't been any big adoption push, just if the right home comes along.  We'll keep you posted.
Posted by acd6pack at 11:44 3 comments:

With a pack of dogs, there are always various beds and cozy spots to sleep.  One of the favourite spots is the large orthopedic dog bed.  Unfortunately, this bed has been chewed on the one corner.  Still a cozy spot though.  For the sleep that only the innocent can achieve. 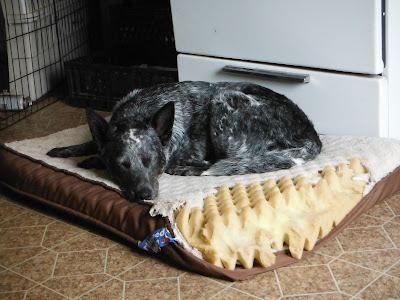 Trail truly is innocent.  It was actually Callie that (literally) ripped into the bed one day when she was upset with noises from outside.
Posted by acd6pack at 11:38 2 comments: