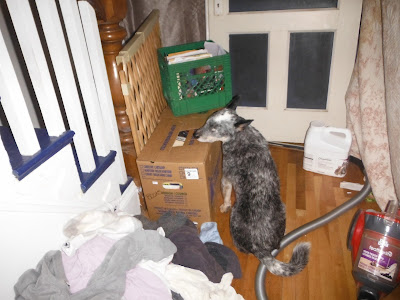 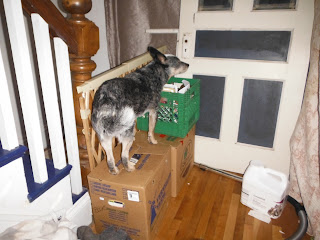 Once again, proof that a blind and mostly deaf dog is just really a "normal" dog who does things that any dog would do.
Posted by acd6pack at 13:40 3 comments: 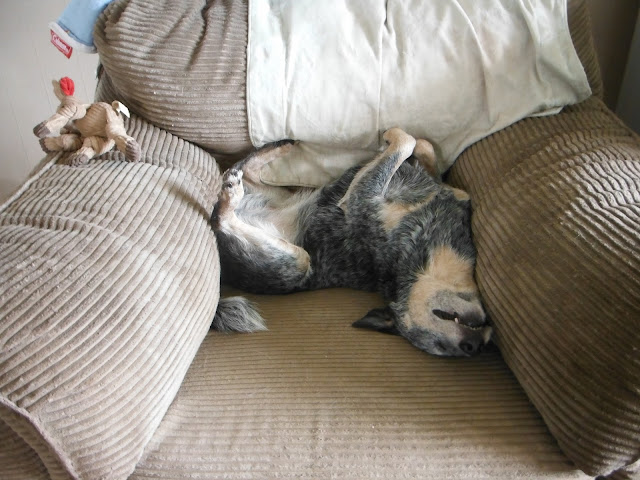 We are getting settled in our new house and of course, there continues to be times when things get "lost" under and around the boxes.  For Trial, it is usually his beloved Chuck (chuck-it ball).

After a few times of having to "rescue" Chuck while unpacking and putting things away, I told him he was on his own. Yes, the fact that I told him really didn't mean anything, after all he is a dog and also deaf but he seemed to understand. 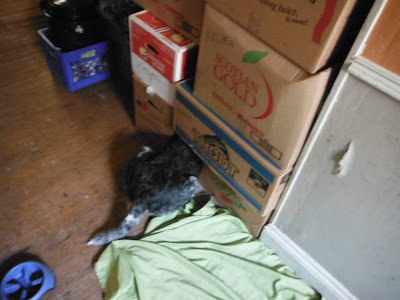 That is Trail's butt as he desperately pushes himself between boxes to get his ball.

A few days before we moved, there appeared at the barn a little kitten.  As you can imagine, this little pathetic, half starved tiny beast is now a member of our home.  Her name is Loretta.

Sort of a house warming gift from somewhere maybe?  Or else we're just a big soft-hearted bunch which isn't so bad.
Posted by acd6pack at 12:00 4 comments:

It started with a an official Keep Out barrier.

Then, for about a week, there were days when there were no dogs allowed in certain areas of the house.  Then there was chaos. 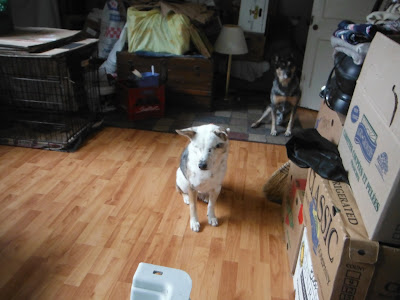 There were boxes and piles of household items. Made it a bit of a challenge for the blind dogs to navigate. But not for Trail. He managed to find a small sun spot in the midst of the chaos (with a couple of cats if you look closely). 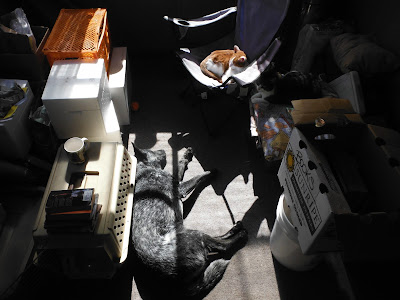 Yup, we were moving again. 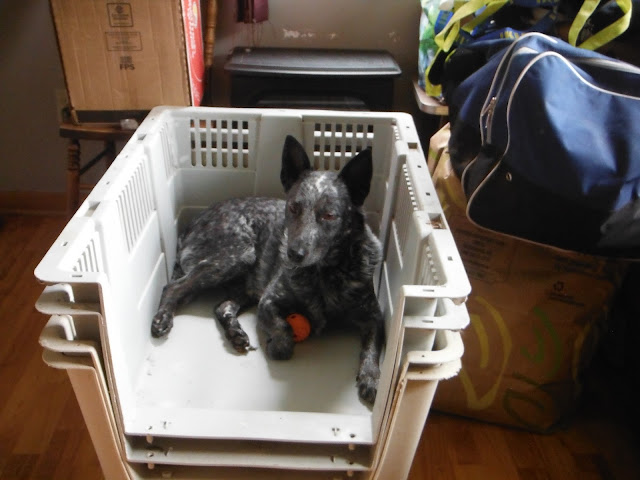