It was beach weather again!  Yes, we go the beach quite often - because we can.  Early in the morning, when it is cooler and there are usually no people or dogs on the beach is Callie's favorite time to go.

We always head out with a destination in mind but for some reason, with Callie, we often end up somewhere unplanned.  It isn't that Callie has a better sense of adventure than the others. I don't know why but we explore more.  Good thing we do since we have found a few new places to explore and will take the others another time.

Our first stop was a beach that was sandy but also had vast areas of flat rocks that were uncovered since the tide was out.  Callie was happy with the seaweed.

As we walked further along, the rocks flattened out. 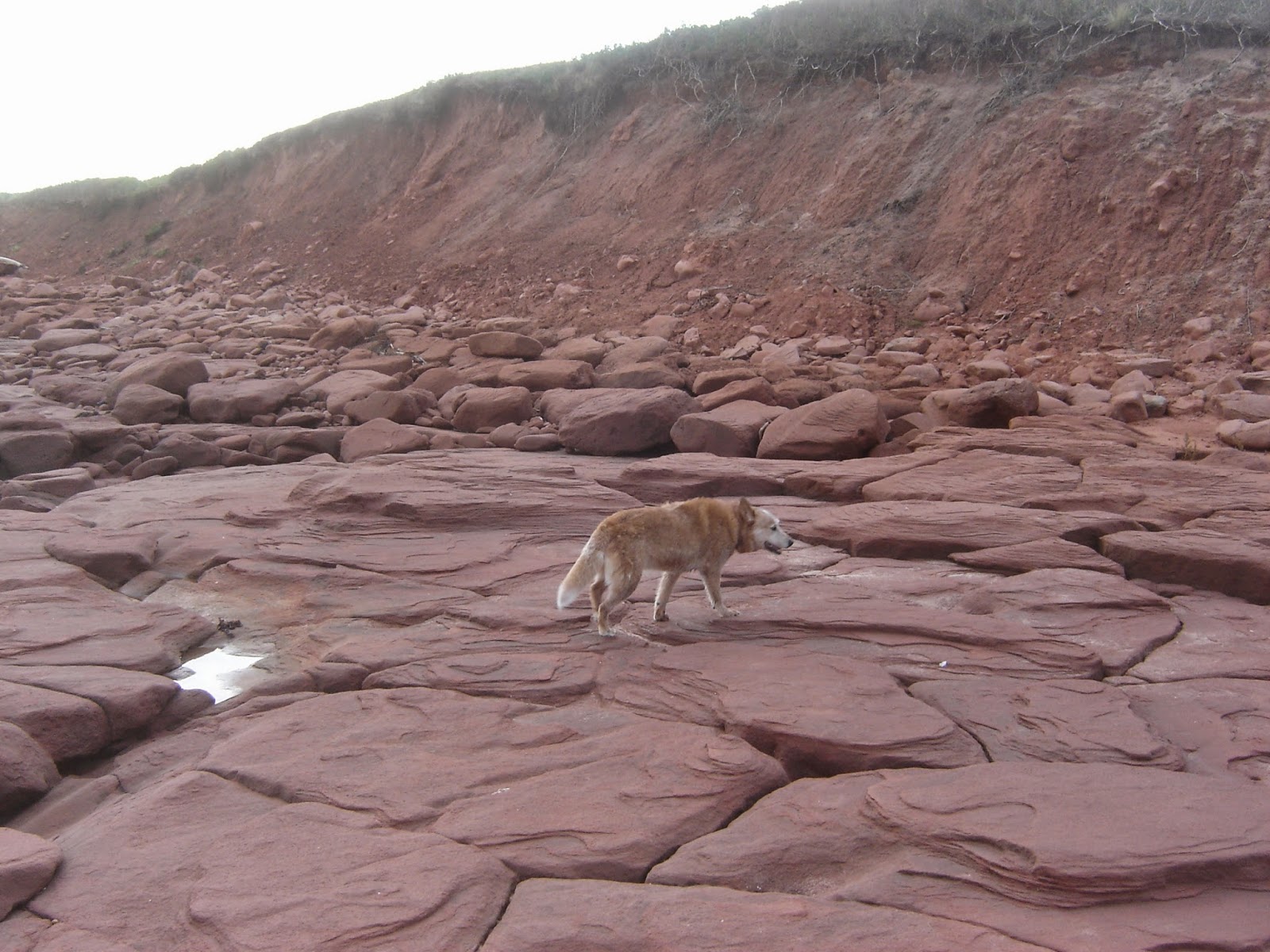 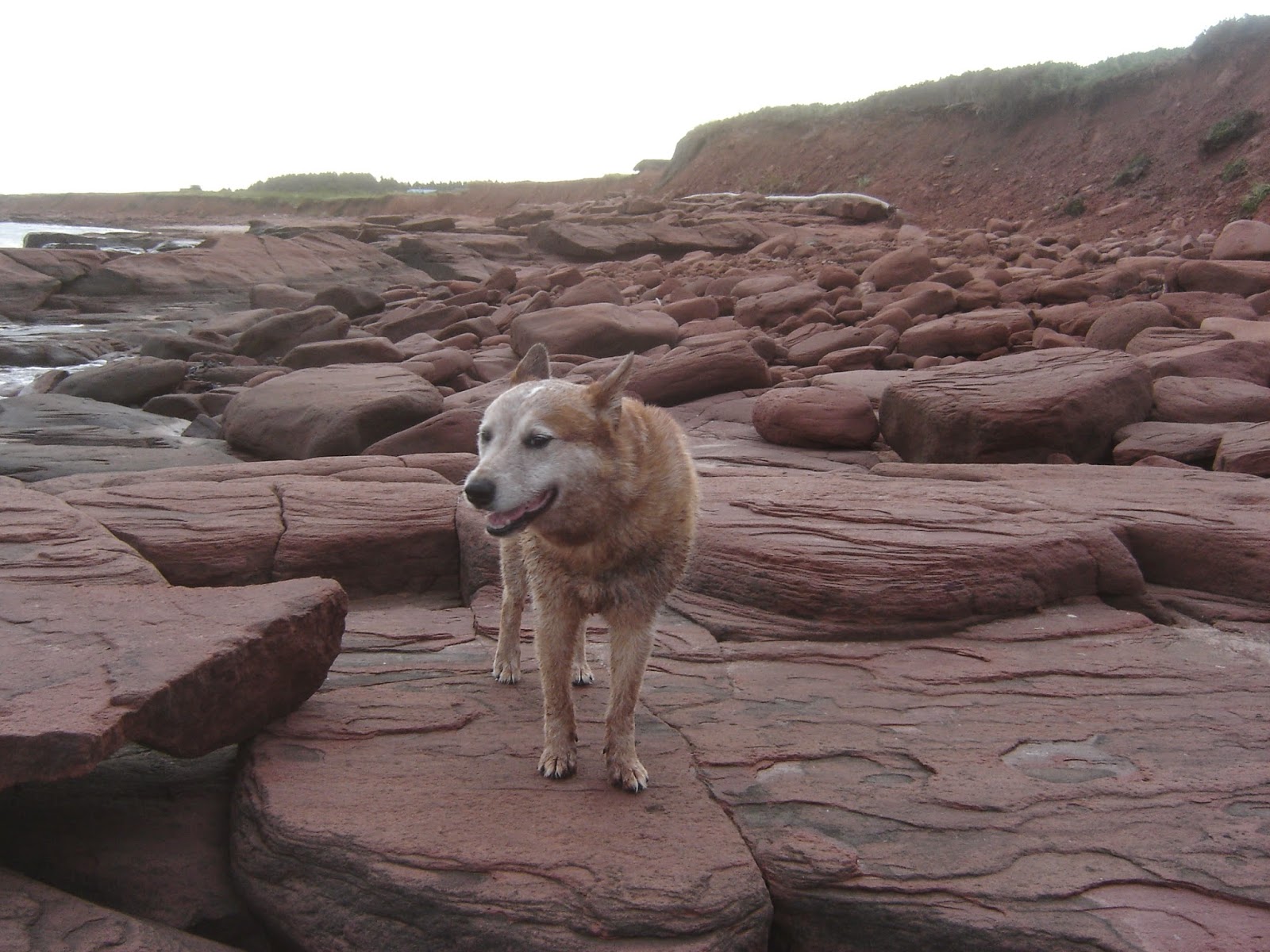 There were small holes and interesting patterns from the water. 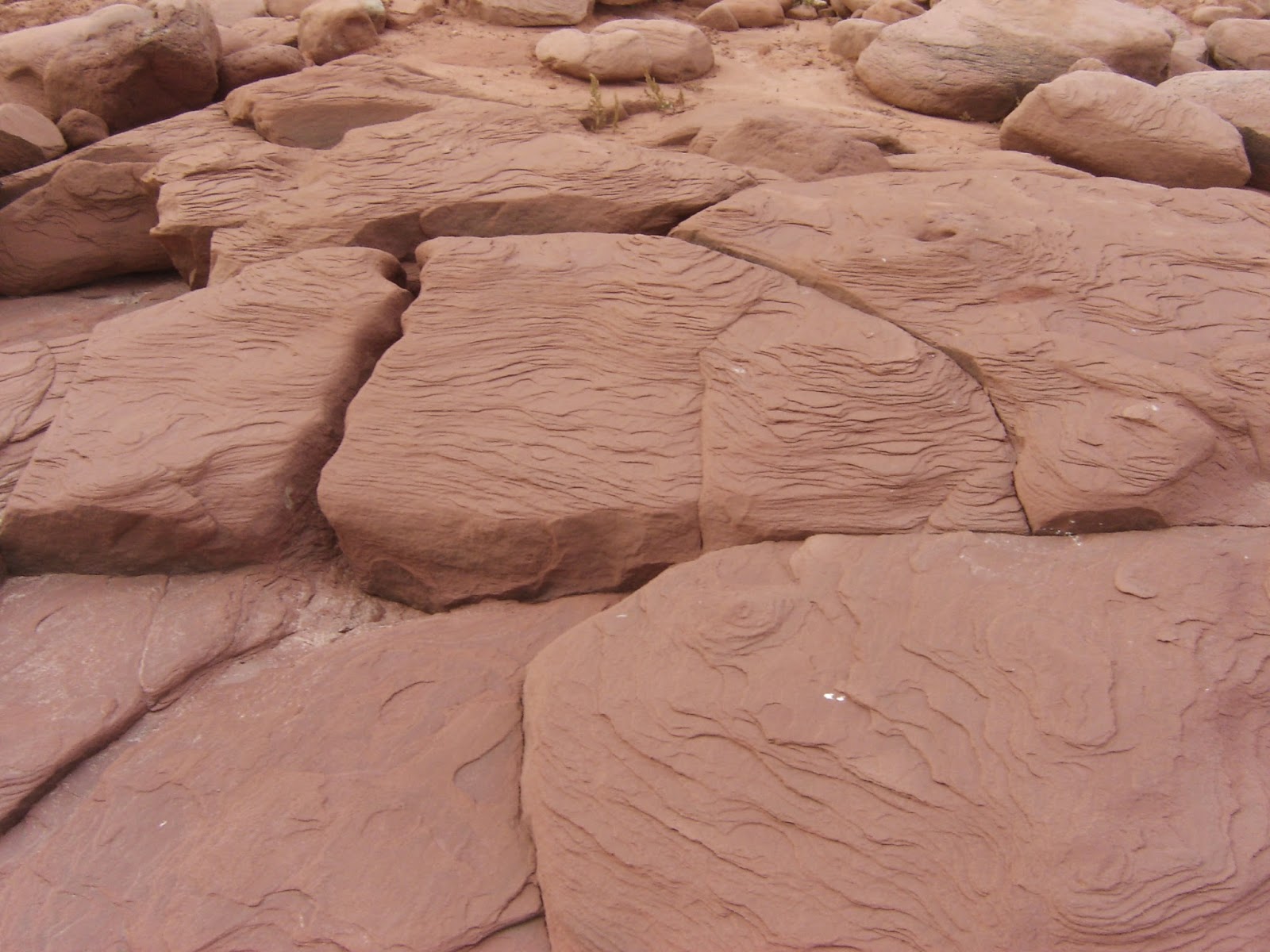 We left this beach and found another that was all sand. 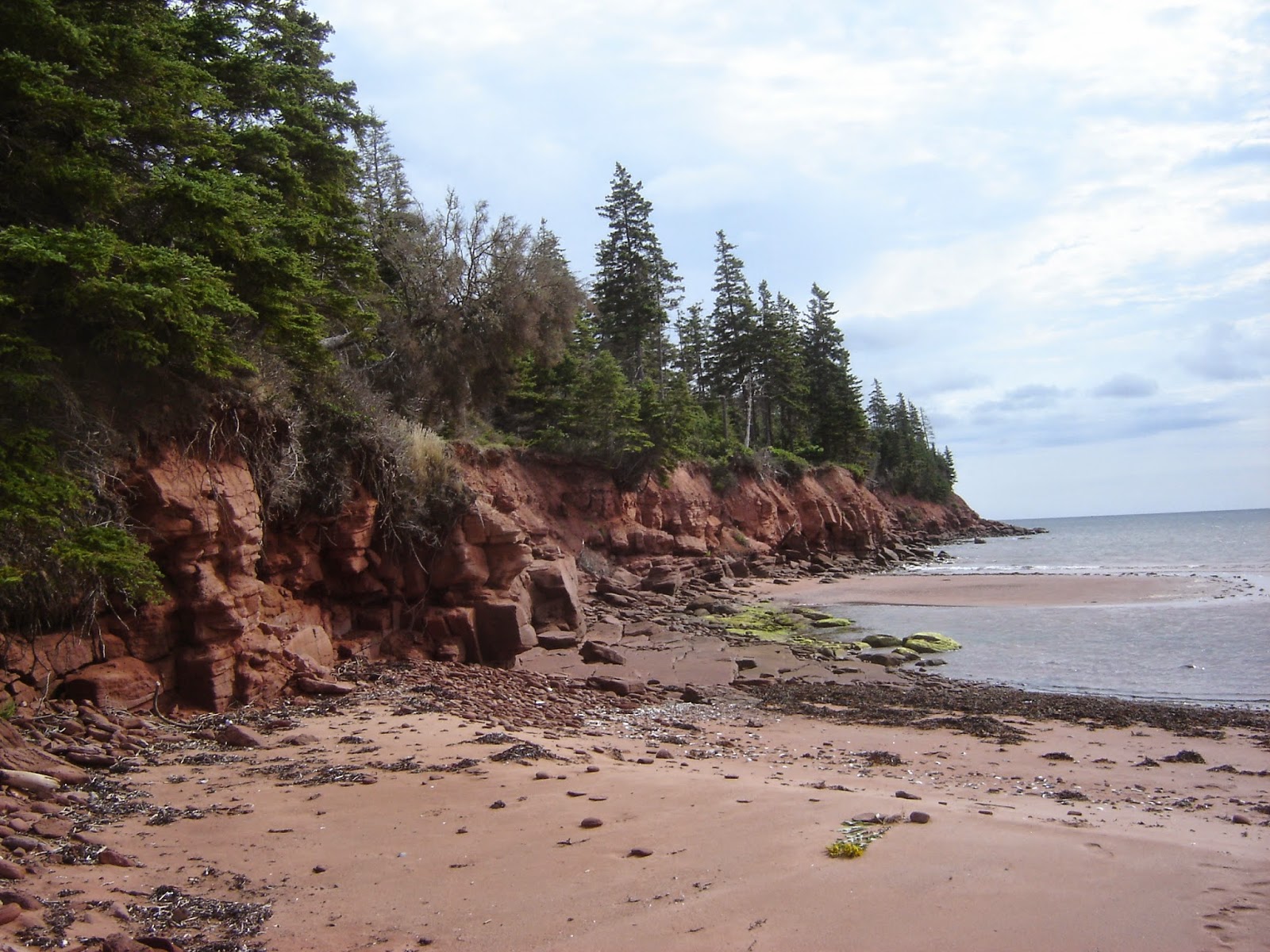 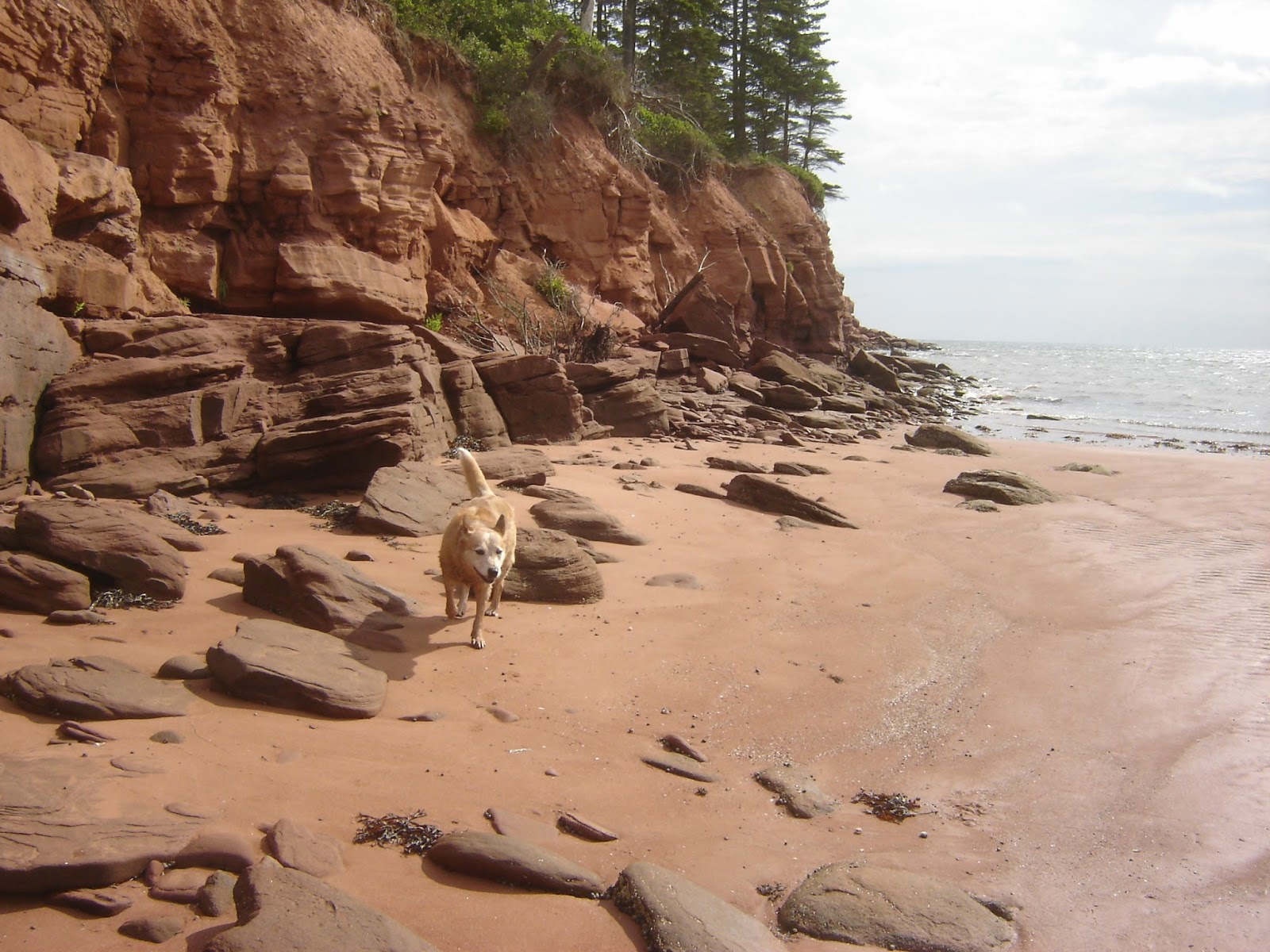 Just another fun day at the beach! 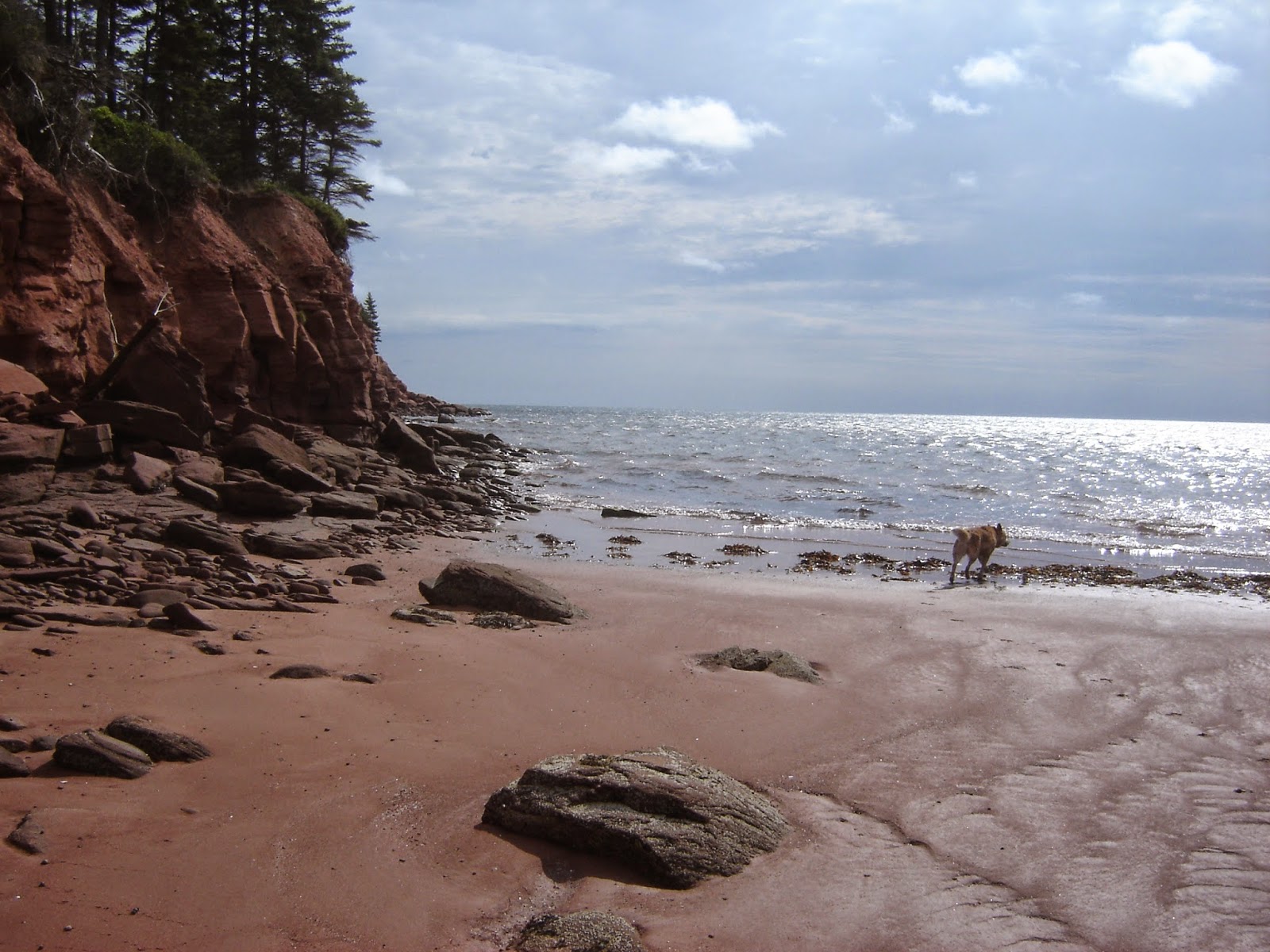