Since our living conditions are a bit rustic (we personally LOVE it) we have had two instances where a wild pigeon has come into our area.  See, we don't have walls that meet the ceiling. There is a gap of about twelve inches and there is a wooden gate that is approximately four and a half feet high.  Not many options for a pigeon to enter but two have come in.  The first one flew out again but the second one, well, it wasn't so lucky. 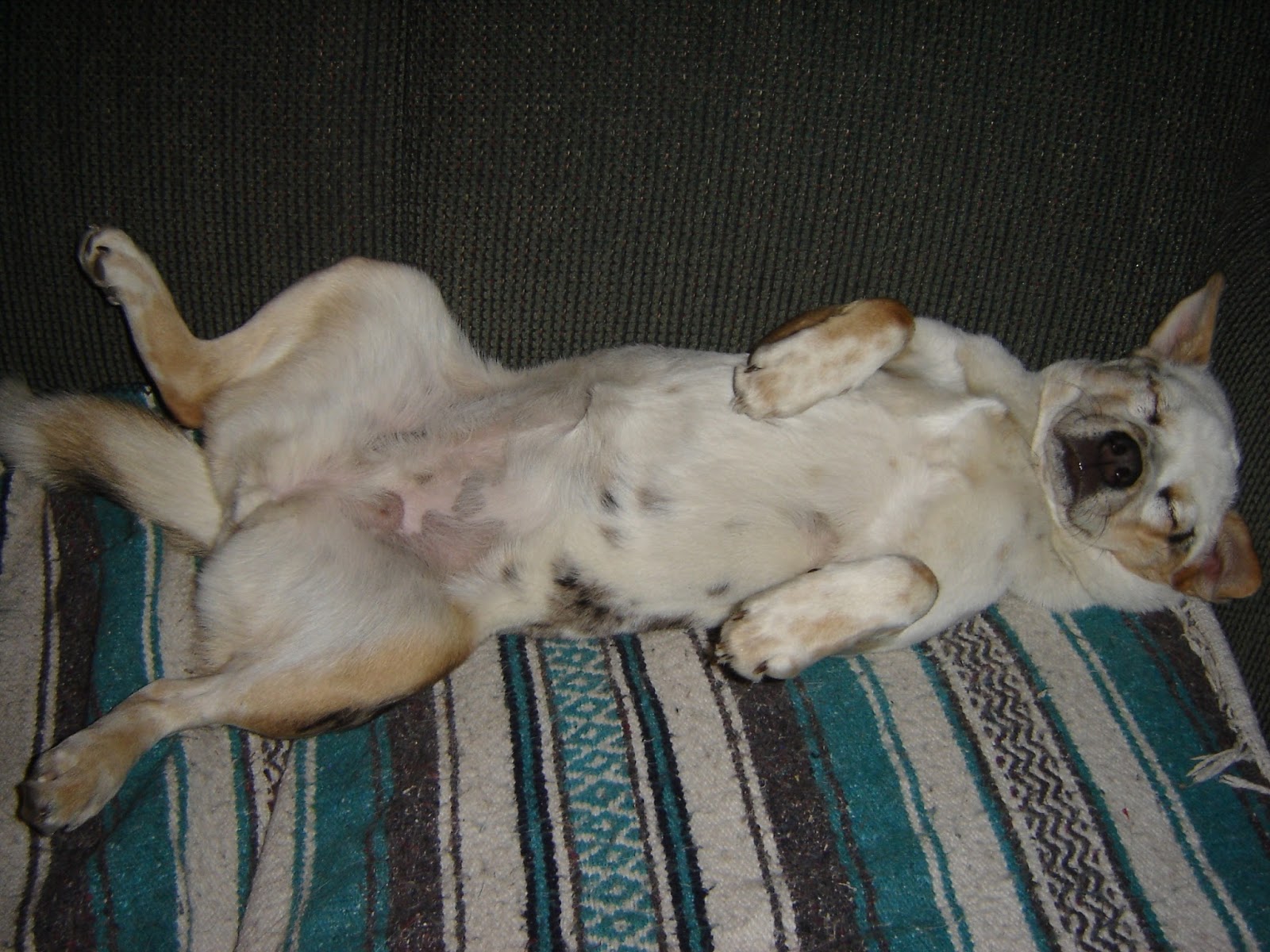 Sweet blind Hiker.  The laid-back, fun loving, cute one that total strangers want to take home because "she's so sweet" and "she's such a happy dog".


The pigeon never had a chance with Hiker in hot pursuit. It was just past 11:30 at night and we were all tucked into bed fast asleep.  Let me tell ya, a panicked pigeon flying around with three dogs chasing it is one heck of a way to wake up.  (Only Hiker, Bill and Azule are uncrated at night)

Within a minute, Hiker had, ah, well, let's just say she "dispatched" it. 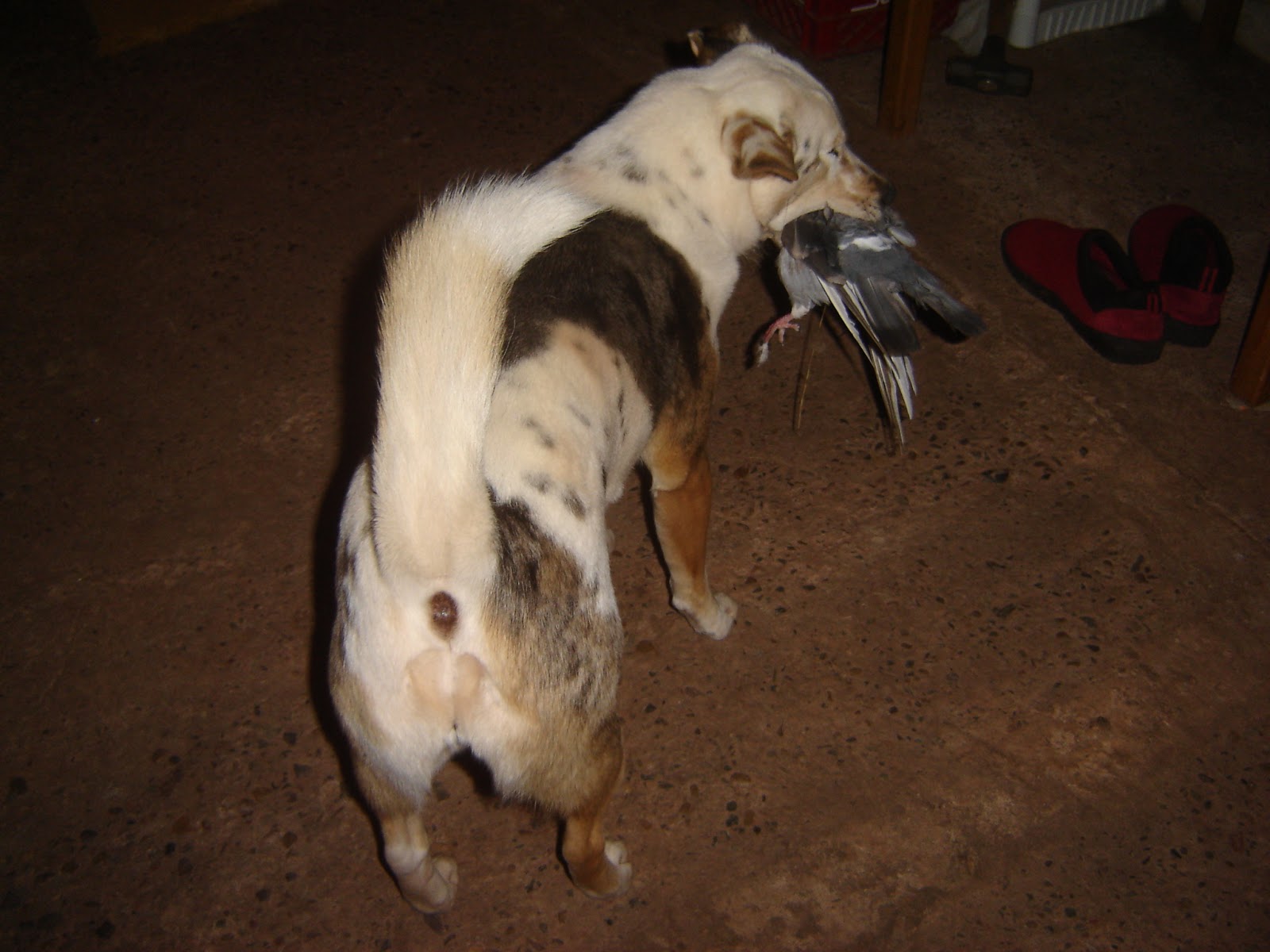 No, I'm not somebody who takes gory pictures.  I had plenty of time to take a picture since she refused to let go of it.  I was literally prying open her mouth to get it out.  Then Azule wanted to play tug.  NO!  Poor Bill wasn't sure what to do, being the somewhat nervous boy he is. Those that were crated were of course barking loudly and there were feathers everywhere.

This incident didn't surprise me at all.  Hiker has caught a baby raccoon (which died due to being harmed in the catching), she hunted down a young rabbit under the deck and before I could get it away from her, swallowed it whole (yuck, that still makes me shudder) and has caught birds.