There are many beaches here and I have been asking for opinions as to which ones are best for dogs. We have many to choose from and will do our best to visit them all.

Since Callie doesn't always play well with others, we headed out around supper time in the hopes that most people would be gone. They were. 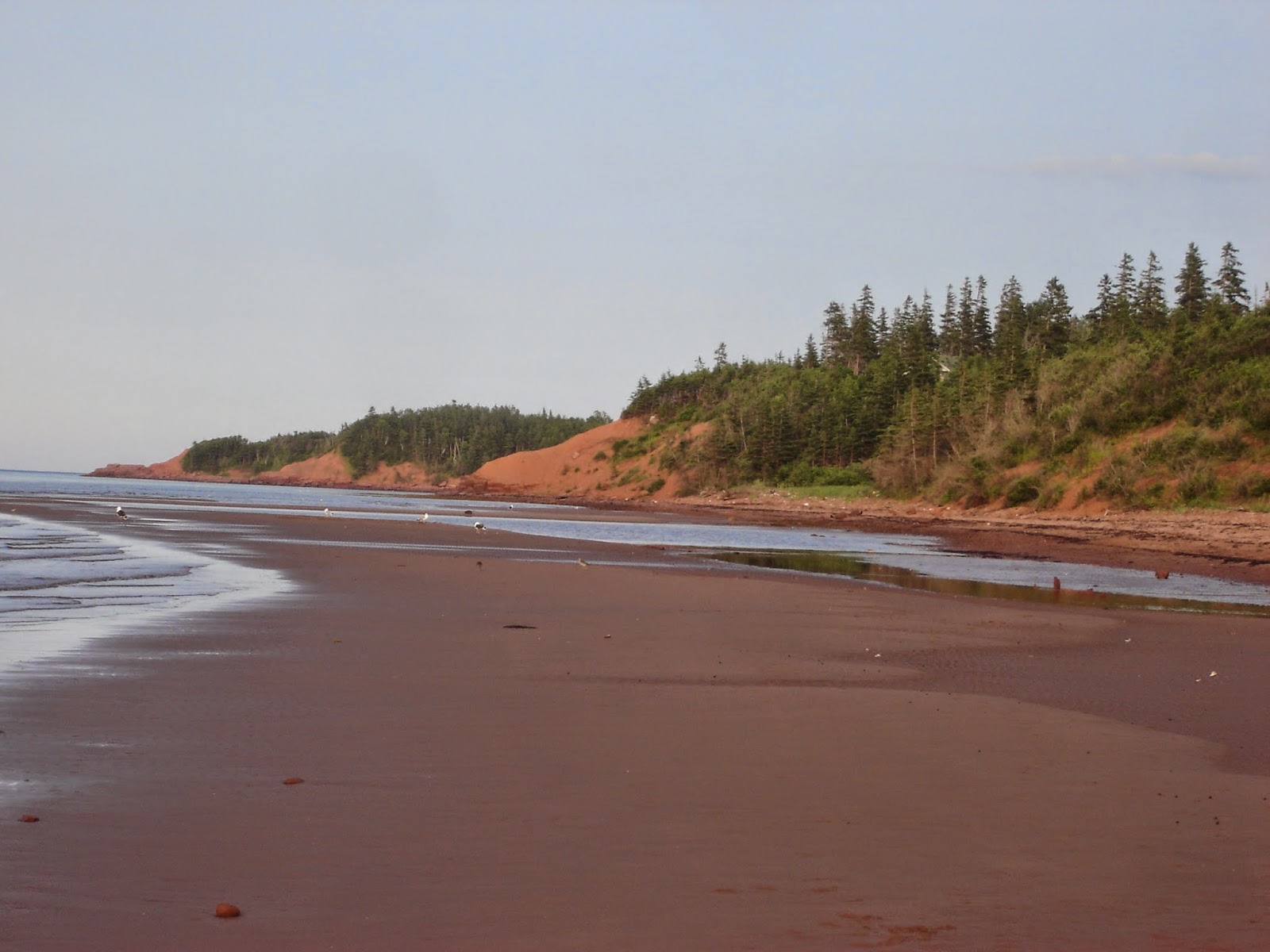 The white specks are seagulls. Other than them, we had the beach to ourselves.  Callie thought that even they were too much and decided they should leave. 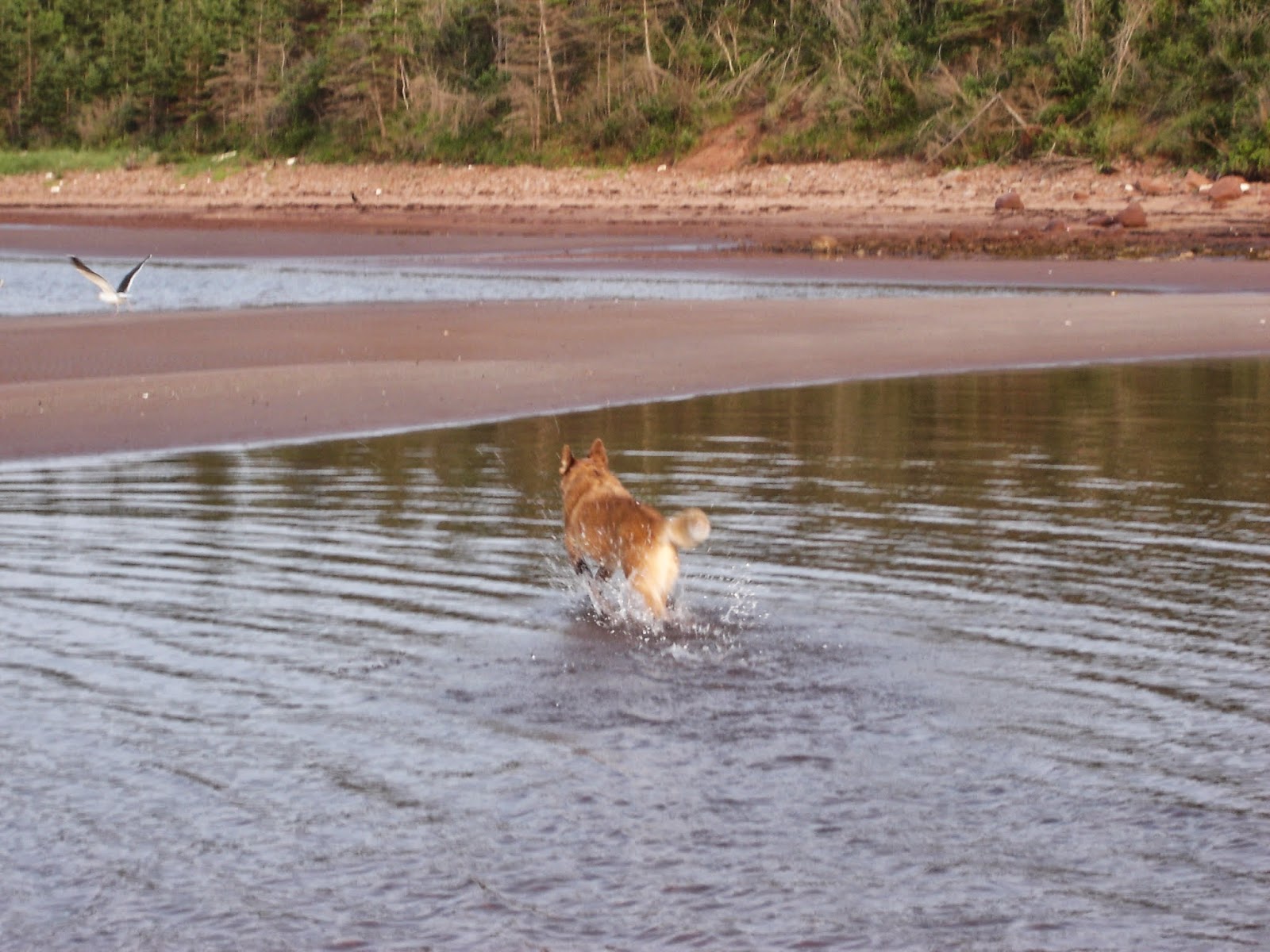 Interesting to note that she only chased the one seagull. There were other things to check out such as jellyfish.

We tried for the lighthouse photo but as usual, Callie was not too impressed. She doesn't like to pose for a picture. 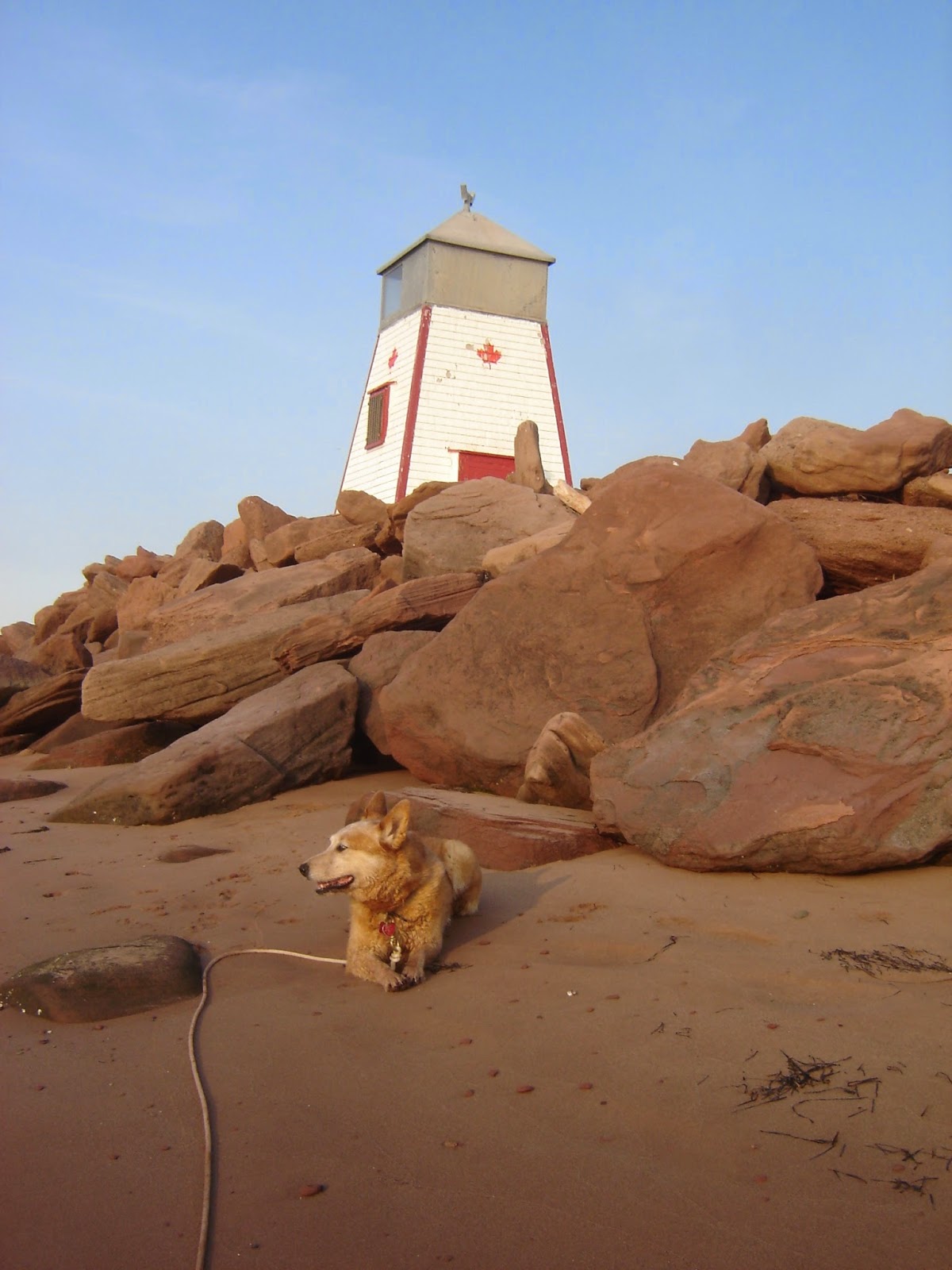 No amount of pleading would get her to look at the camera. At least she doesn't have her ears flattened to her head like she usually does for posed photos.

It would have been nice to stay for the sunset but the person behind the camera was getting tired so we headed home with one final photo as Callie wandered in the water. 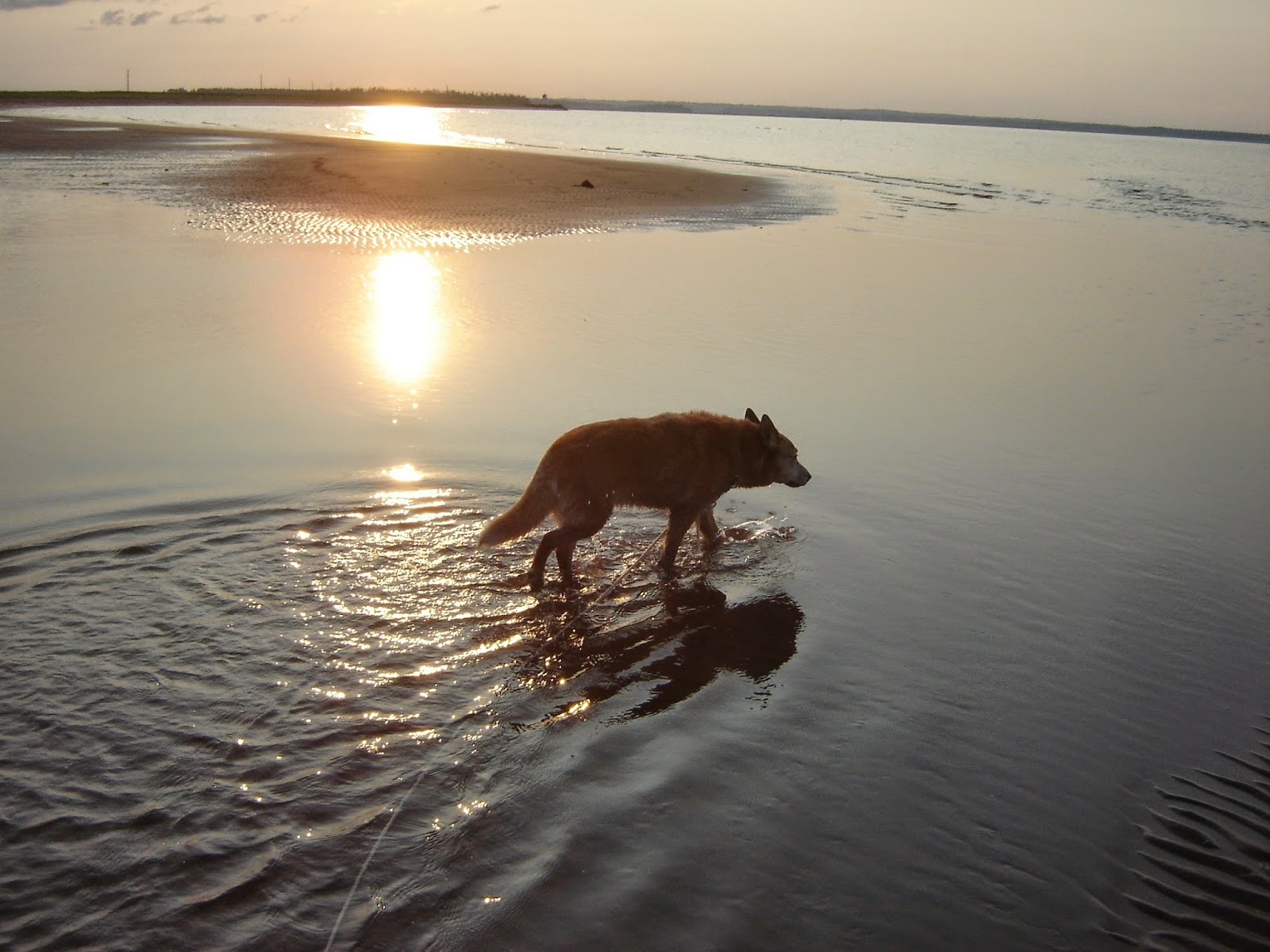