A few days before travelling to Maine to bring Trail home, I had purchased some vegetable plants. While away, there was a frost that severely damaged the plants, so no veggies in the garden.

I was able to find some more plants and decided to dig a bigger garden - with help of course. 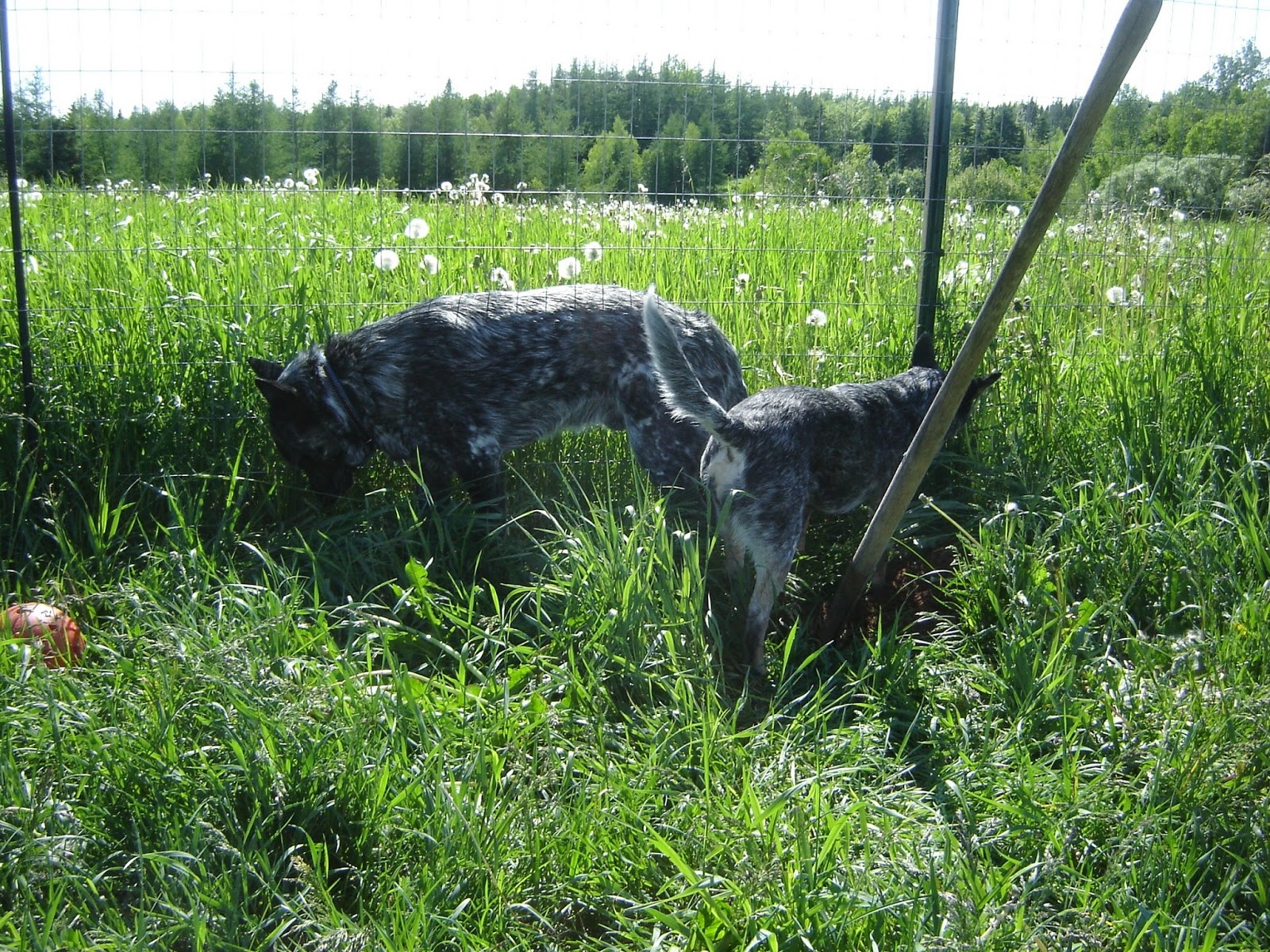 Trail was very interested in this digging process while the others had more of a "been there, seen that" attitude and weren't too interested. 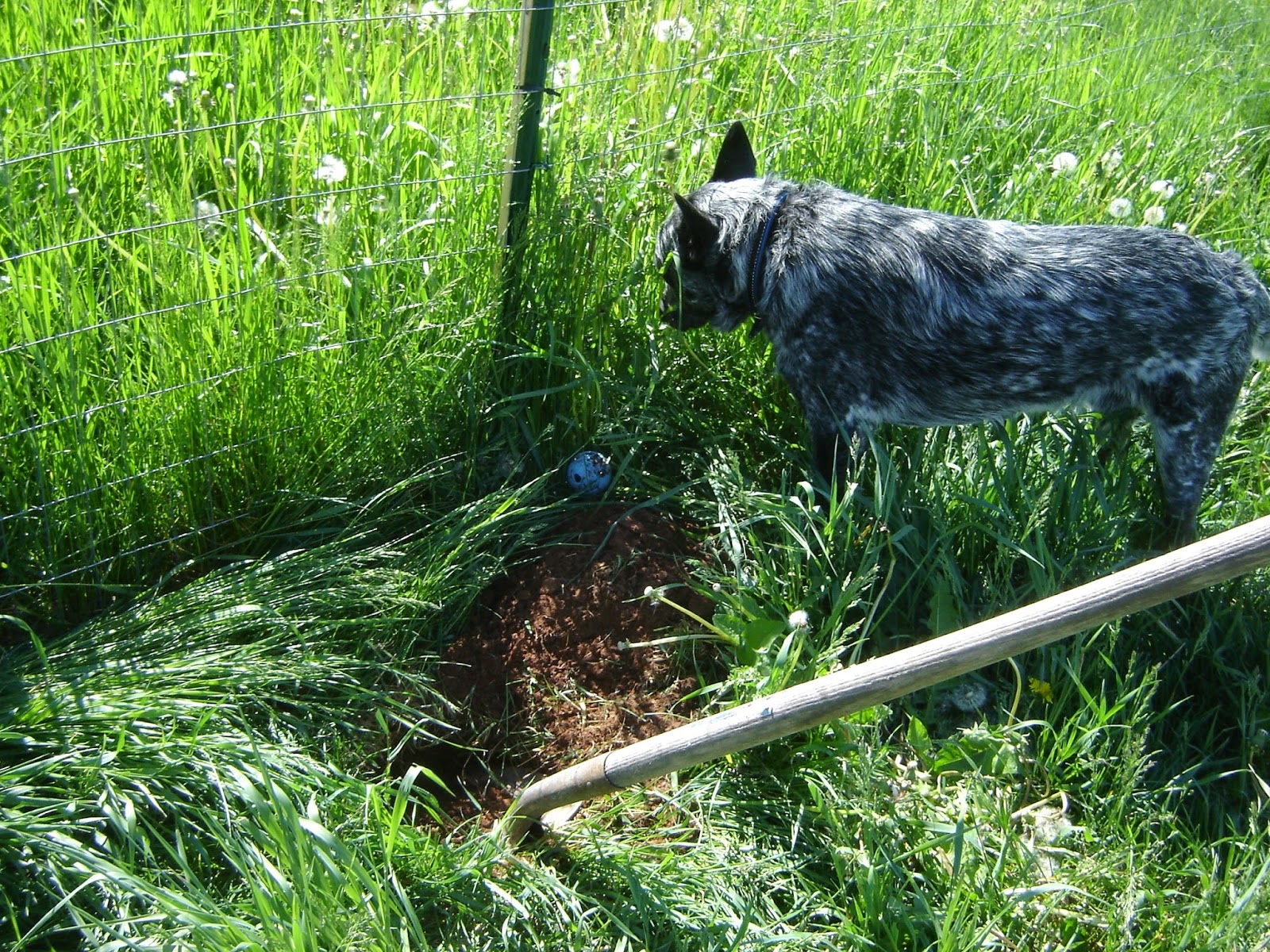 Even though Trail had only been with us for a couple of days, he was being a "velcro" dog (typical Australian Cattle Dog) and kept bringing his blue chuck-it ball over for me to throw.

It became obvious that he wasn't too pleased with the lack of ball throwing and the digging when he lay on the shovel. 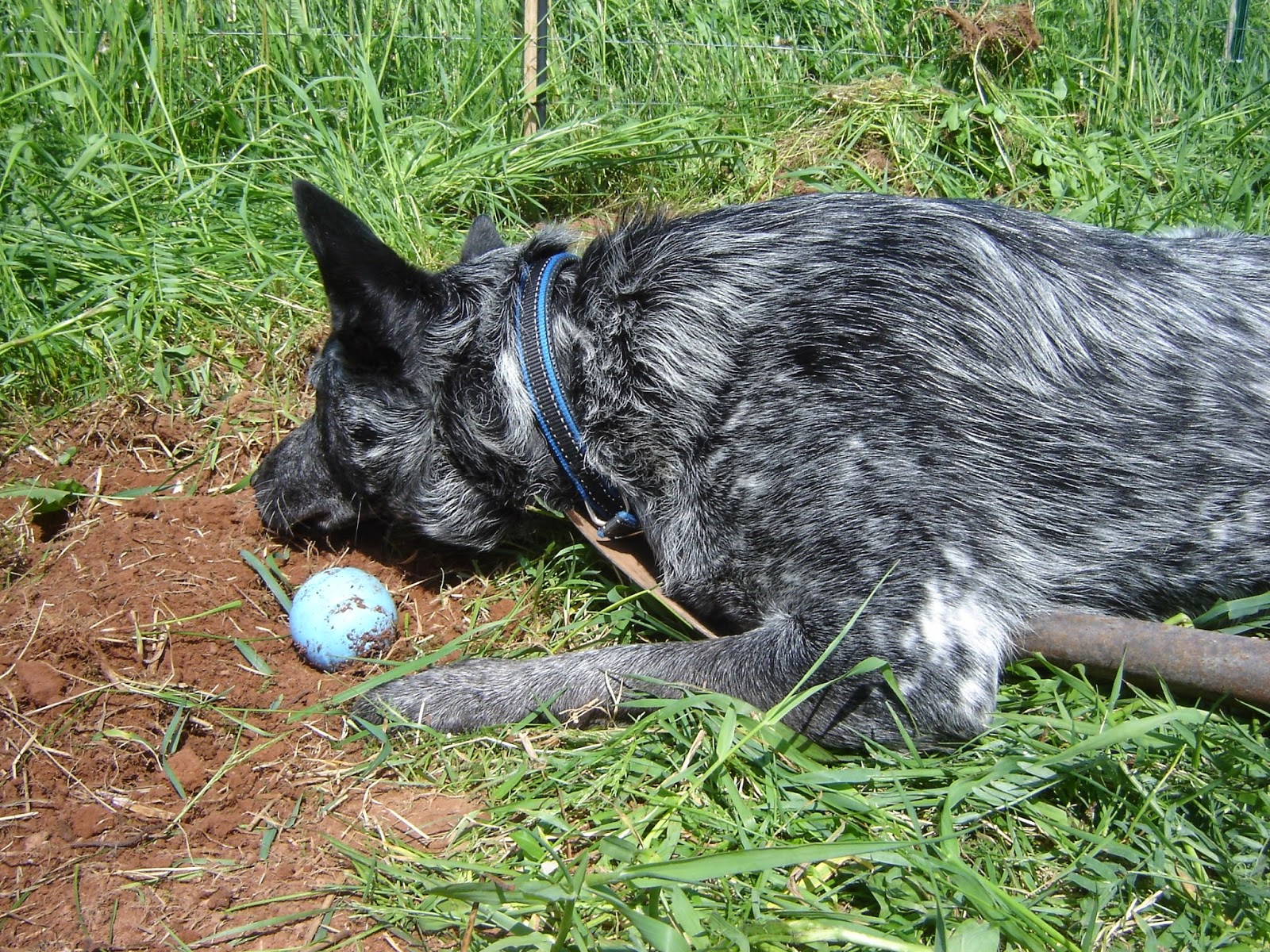 It was a process that took longer than it should have, but the end result was worth it.  Yes, it would have been quicker and easier to do it without "help" but as I have said before, there isn't any fun in that!