I was thinking. "I'll just be a few minutes...I don't need to crate everybody. Nothing will happen." Wrong! (again)  Not to worry, this isn't a post about a horrible accident or even some disaster, unless the lack of breakfast items will bring forth some sympathy from you! Let me explain.

I was leaving home for a few minutes to head over to the tap to fill our water buckets. Return trip takes about five minutes or so. It's a bit of a hassle to crate all the dogs and as you can imagine, they aren't really thrilled with it, especially in the midst of playing. So, I left them all loose except for Callie who was in her large penned area.

In the way of these. 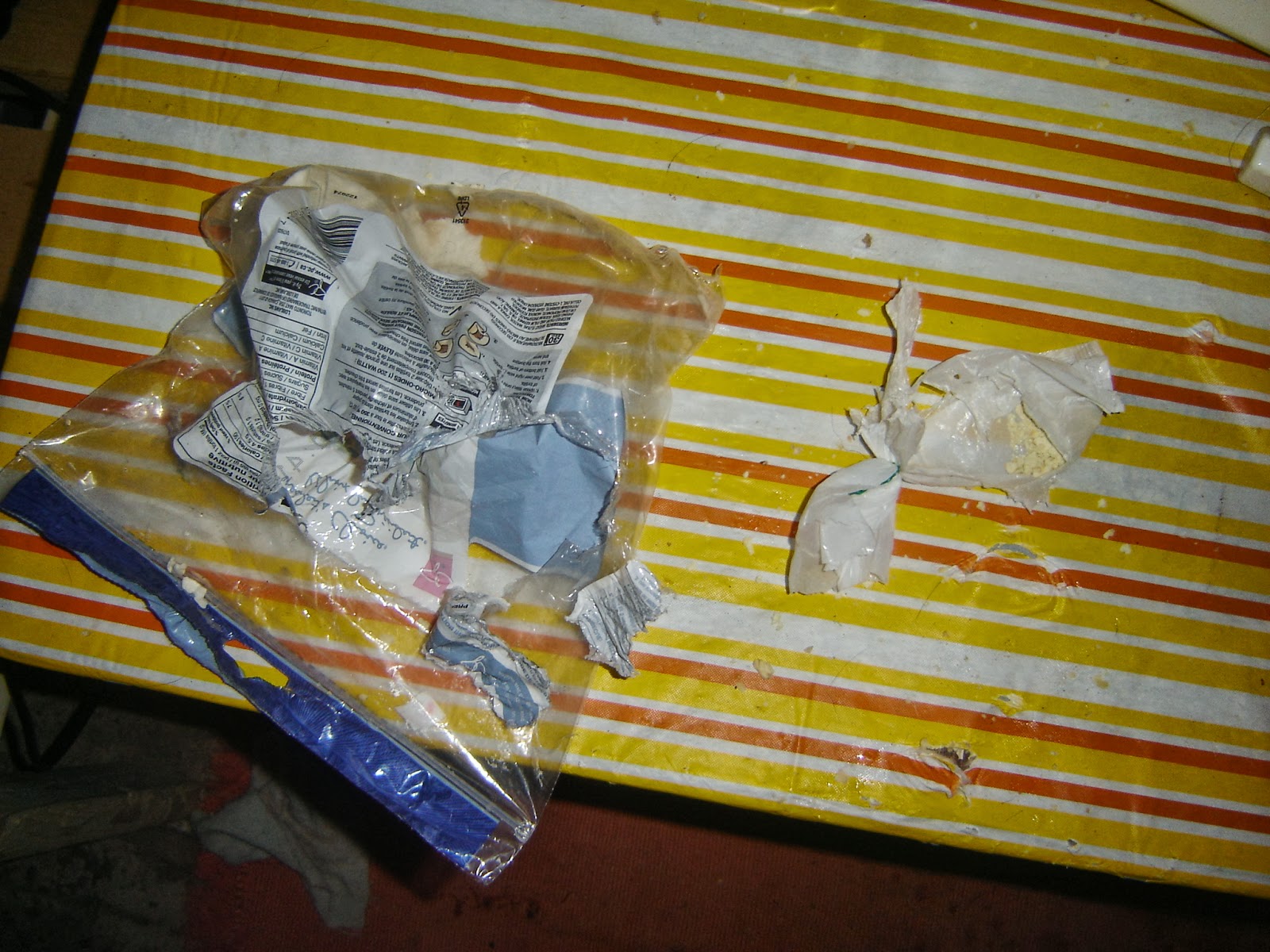 On the left is the remains of a package of flour tortillas and the white paper is from half a sleeve of soda crackers.

Then I found this: 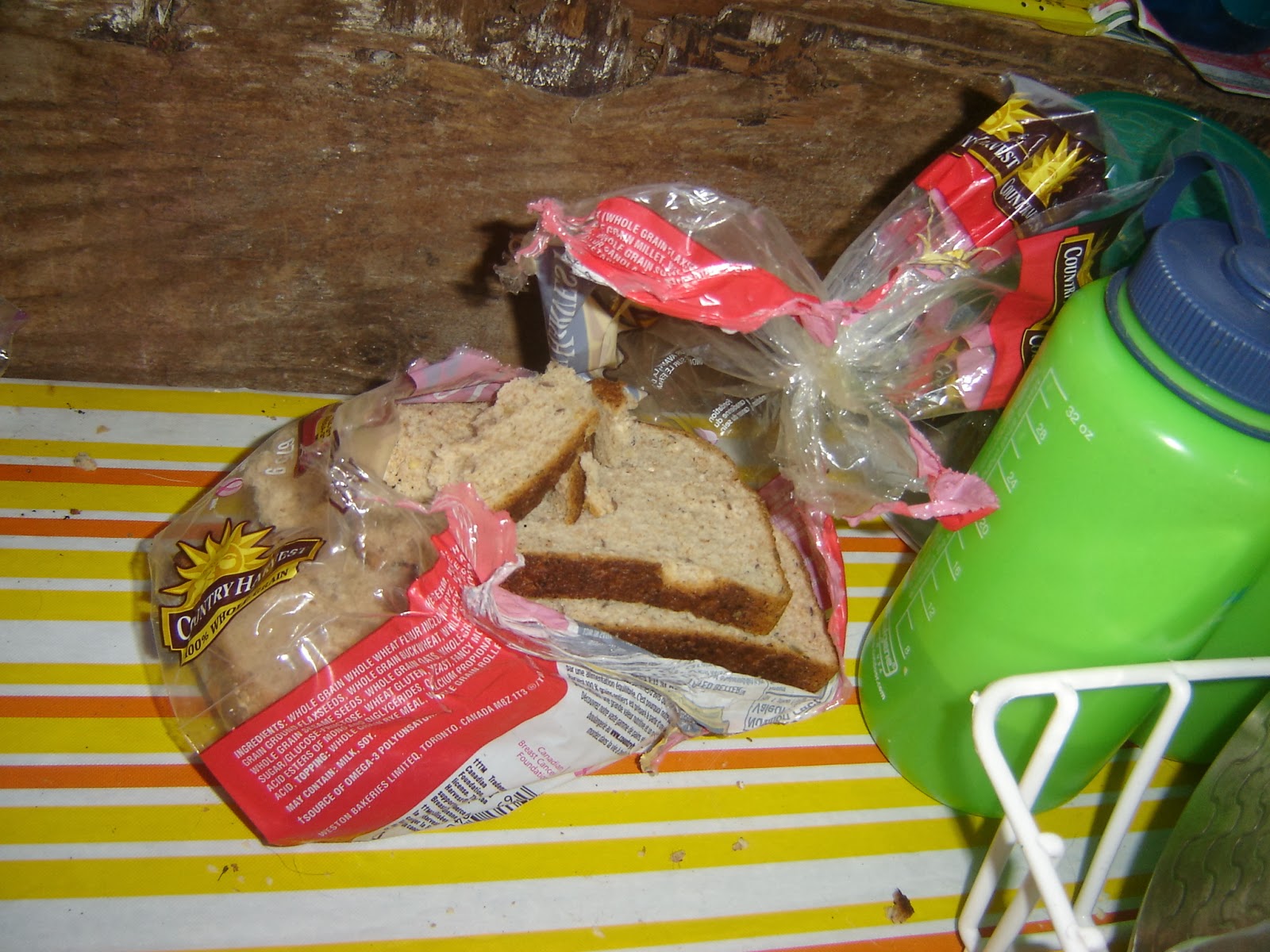 Brook went through the loaf of bread and each slice had some missing except for the crust at the bottom of the bag. Picky little thing.

The bread was 12 grain and let me just say that the extra fibre was evident the next day.

Someday I will learn and take the time to crate all the dogs when I leave, even if it is only for a few minutes!
Posted by acd6pack at 01:30