Bill was at the vet yesterday to have his broken canine tooth removed and I was told that I could check in with them around 3:00 pm to see how he was.  Before I had a chance to call the clinic, they called me. When they were cleaning Bill's teeth they discovered that he also had two cracked teeth, one with the pulp showing.

I had wondered if his bug catching was a possible cause of the broken canine tooth since his teeth come together with such force as he chases and catches bugs.  Now with the addition of two other teeth being damaged, I suspected there was another cause.  In speaking with the veterinarian, we determined that it is likely from chewing on antlers.  Since the antlers are so hard they could damage teeth. Like humans, some dogs have softer teeth.

We will now be trying softer chew items, so a trip to town and the big store is planned soon.

Meanwhile, Bill is home, being kept quiet and recovering. (just another excuse to lay outside in the sunshine) 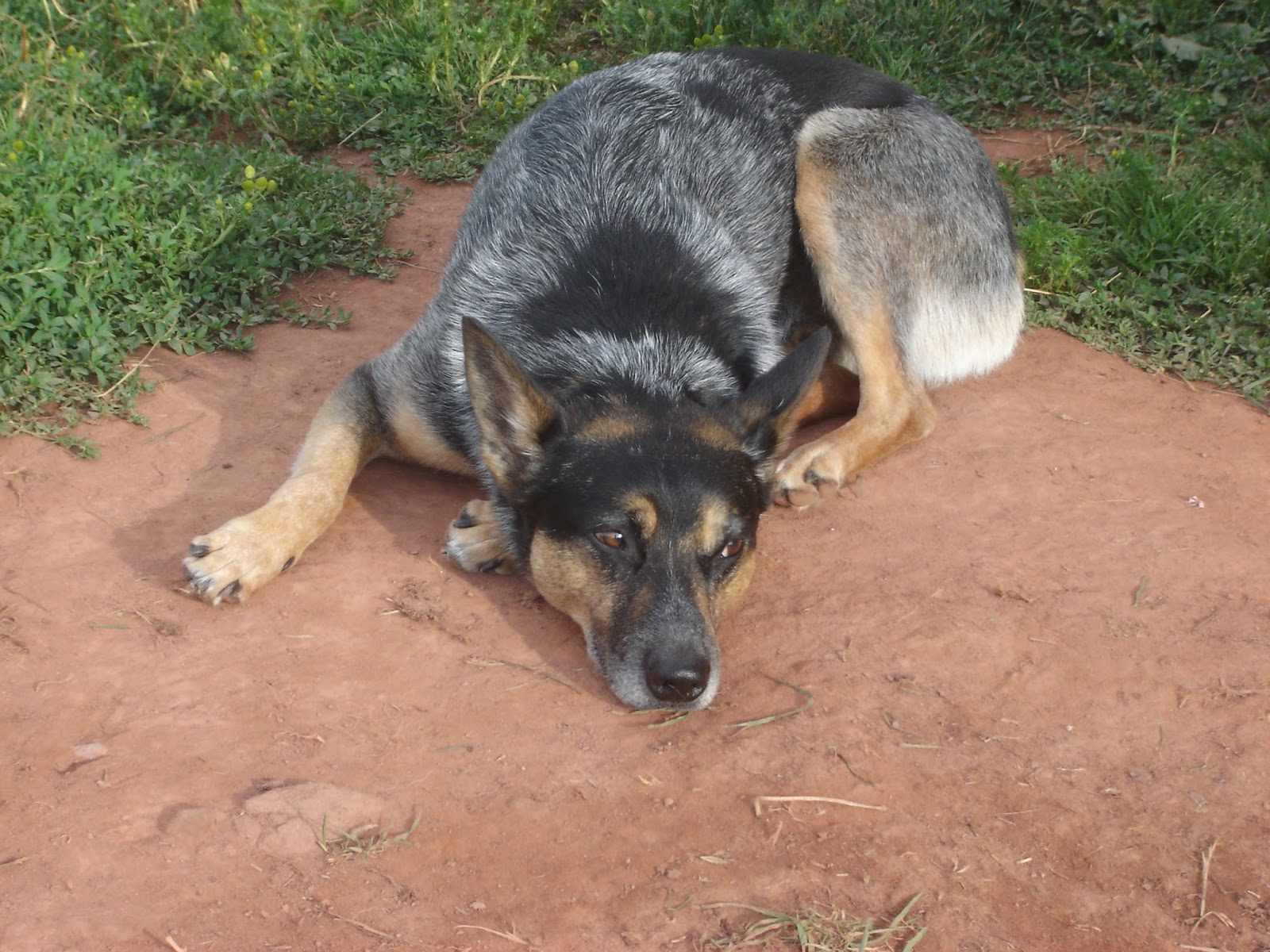