A couple of days ago, it was all about Trail. Almost the entire day.  We started out with a visit to the vet to have his right knee and weight checked. Trail is down four pounds to a nice 50.8 pounds.

Trail's back legs tend to be very straight and he walks and runs slightly stiff-legged. We've had him to the vet previously for a check but he has developed a slight limp so we wanted that checked. It is not something that photographs well, but take a look. 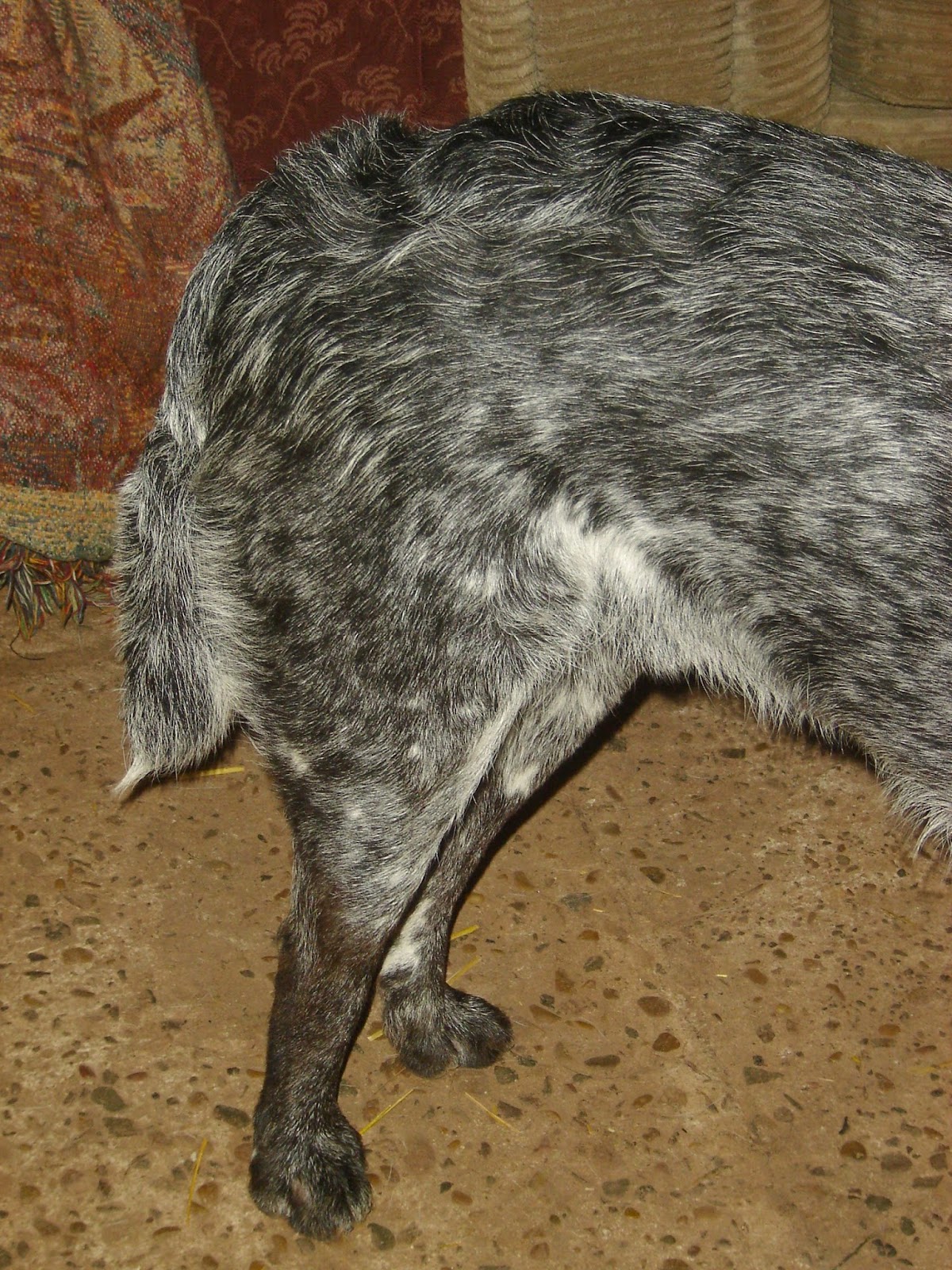 For comparison, here are Bill's back legs. 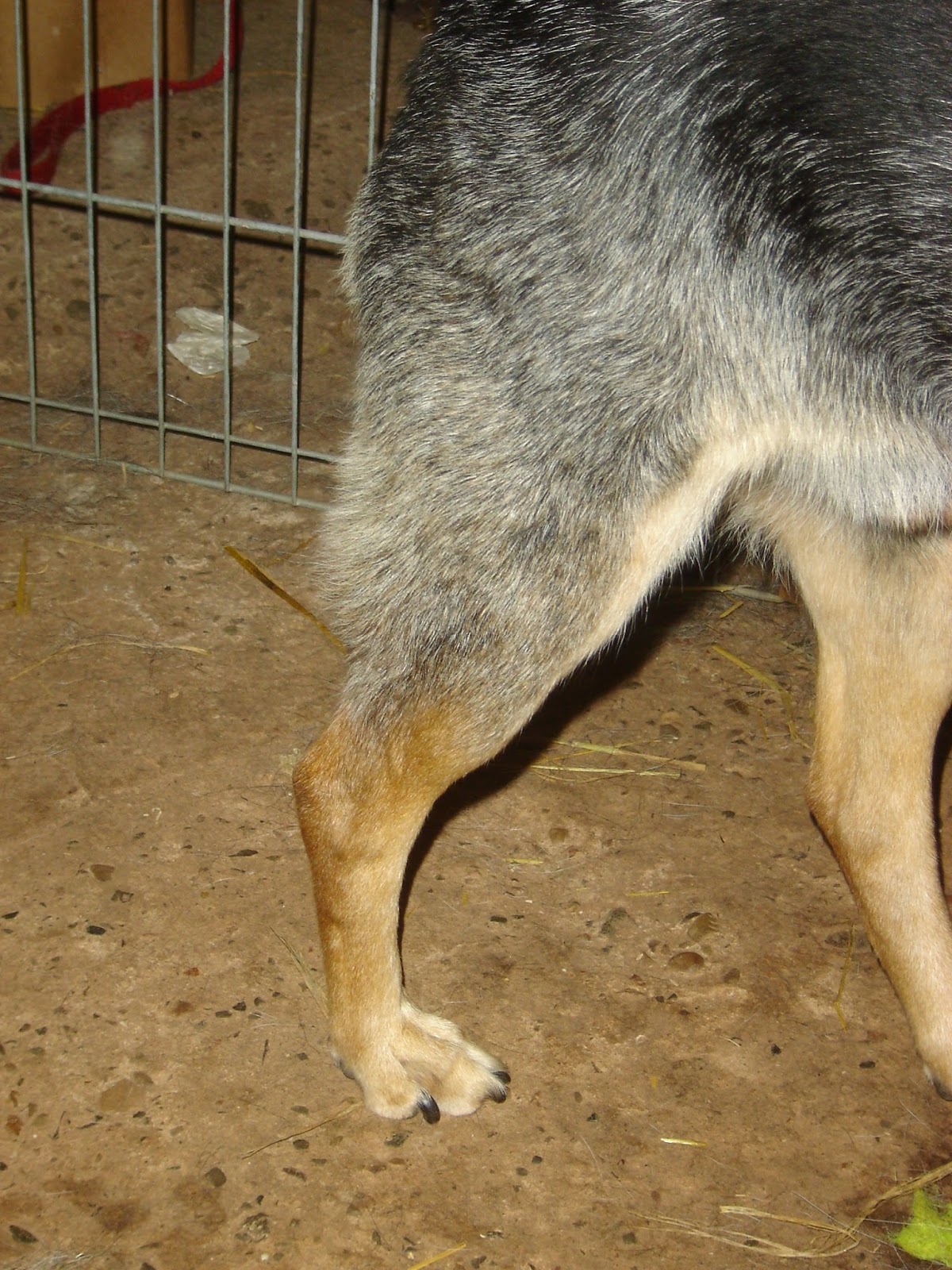 Trail will have some x-rays taken this fall to see what is going on with his legs and to also have a starting point in case anything develops further.  In case you are wondering, yes, this was something that the rescue and his foster Mom told me about prior to adoption.

After our vet visit, we ventured to the city. (For you trivia buffs: the only city here on the island has a population of just over 34,500.)  Once there, we headed to the waterfront and checked out the latest cruise ship arrival. 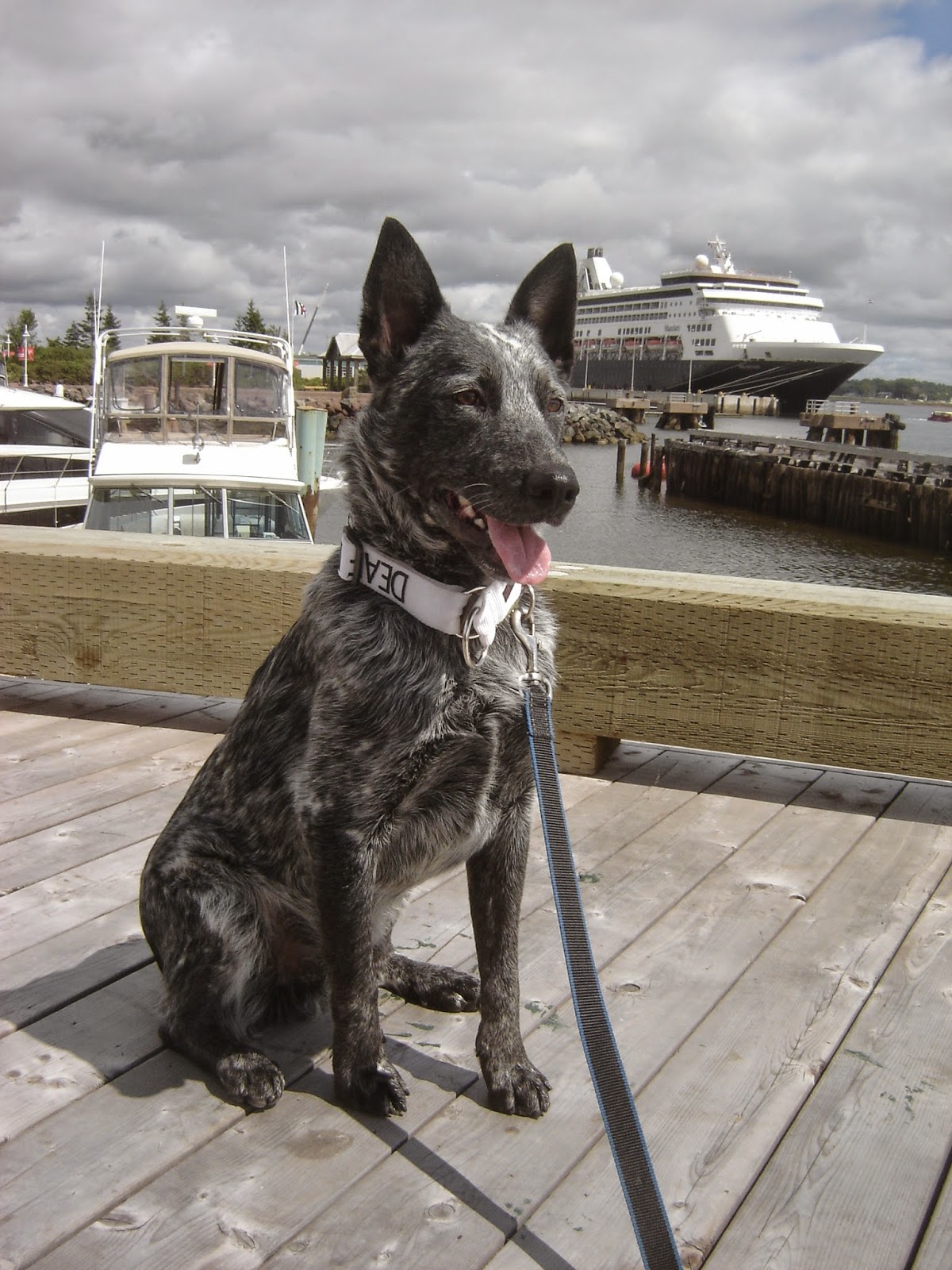 Then wandered around the yacht club to see how other people travel. 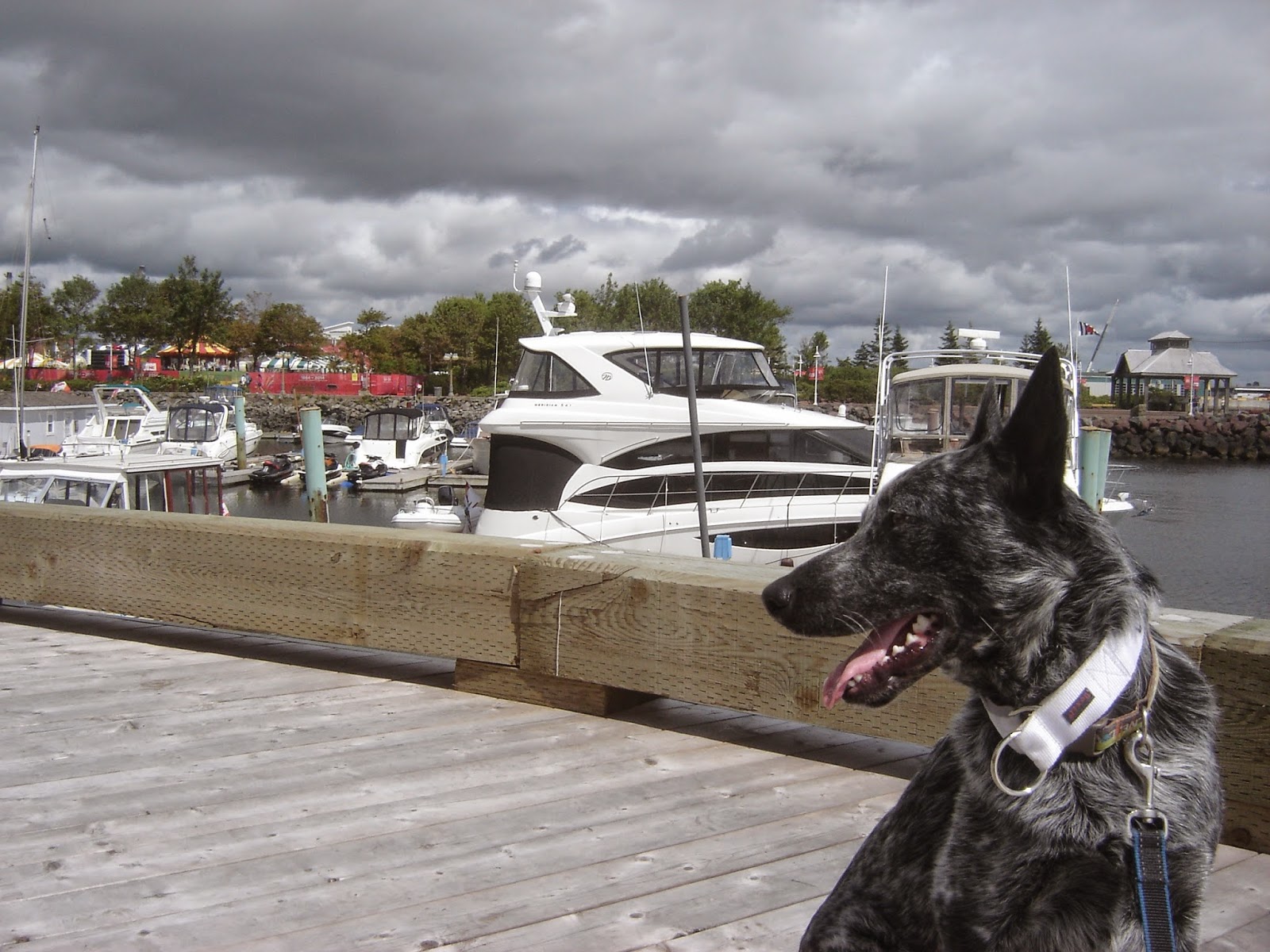 We just had to get a picture with the cow in front of the Cows Ice Cream shop. 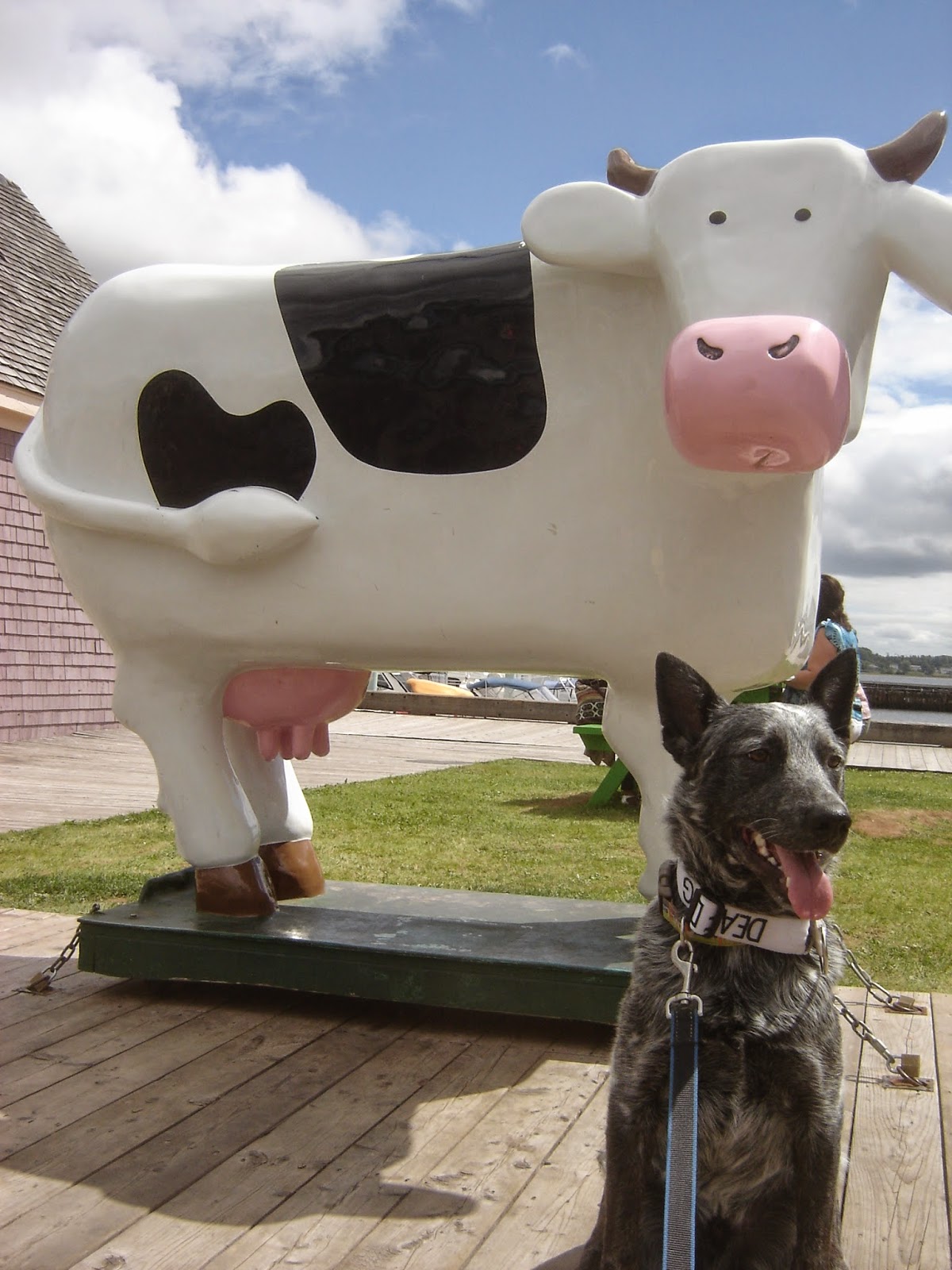 They claim it is the best ice cream on the island (locally made) and the other side of the building claims the best in Canada. It is yummy but we didn't get any this time.

While we were wandering, I was surprised at the number of people who stopped to comment on and pet Trail. We even had some city workers stop their truck and ask about him. Everyone said variations of the same thing - he's such a handsome boy!  Of course Trail was his usual charming self and loved the attention.
Posted by acd6pack at 07:41