Whenever groceries are brought into the house all the dogs want to check out the bags and see if there is anything that's for them.  Usually there is some commentary on the items such as, "this is a bag of carrots for the fridge" or "watch out, these have to go in the cupboard".

Well, when I came to the bag of flour I purchased to make bread (cinnamon raisin because I refuse to pay $4.99 a loaf!) I recall saying something like, "I bought some flour to do some baking."  Now, I likely said it more along the lines of bakin'.  To their canine brains, they didn't hear baking or even bakin', they heard bacon.

Not realizing this, I left the bag of flour in the grocery bag along with a couple of canned items and went outside with Callie.  When we came in about 20 minutes later, this is what I saw on the floor. 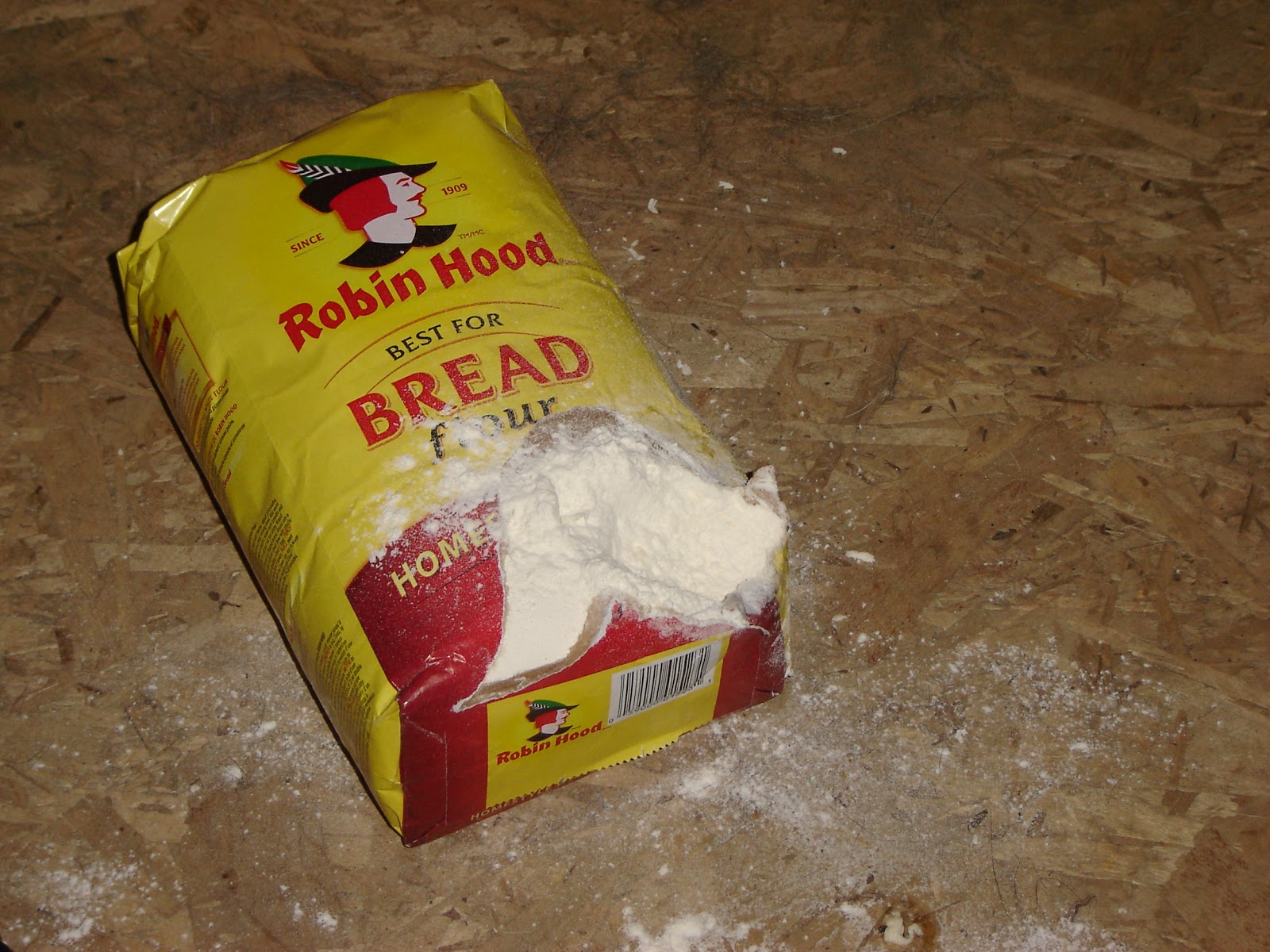 No doubt they were looking for the bacon!
Posted by acd6pack at 03:20