A couple of days ago, I went to Ikea.  Not a place that I get to very often, partly due to the fact that I am not much of a shopper and the fact that it's about an hour away.  I combined the trip to Ikea with a visit to a friend and then went to get some hut booties (think super warm, puffy booties that are the best slippers) at Mountain Equipment Co-Op.

The highlight of the shopping/visiting from Callie's point of view was what I came home with from Ikea.


It's a soft soccer ball.  It's a kid's toy but since Callie is not destructive with toys and absolutely loves, more than any other toy, a soccer ball, it's going to last a while. We've had these before and it's been almost a year since the last one literally became threadbare and fell apart.

We can and do play with it in the house, kicking it from the living room through the kitchen towards the laundry room.  (Remember that episode of The Brady Bunch, where the kids were playing with a ball - a basketball? - and broke a vase?  "Mom always said don't play ball in the house.")  Since our soccer ball is soft, it's harmless and lightly bounces off walls, furniture and (oops!) the cat.  Be assured, no cats were harmed or intentionally targeted while playing.  Poor dude walked into the path of the ball after it was kicked and it brushed his back end.  He glared at us and continued on his way.

We took the ball outside since it's washable.  It'll be nice to have a quiet option for those early morning outside play sessions. 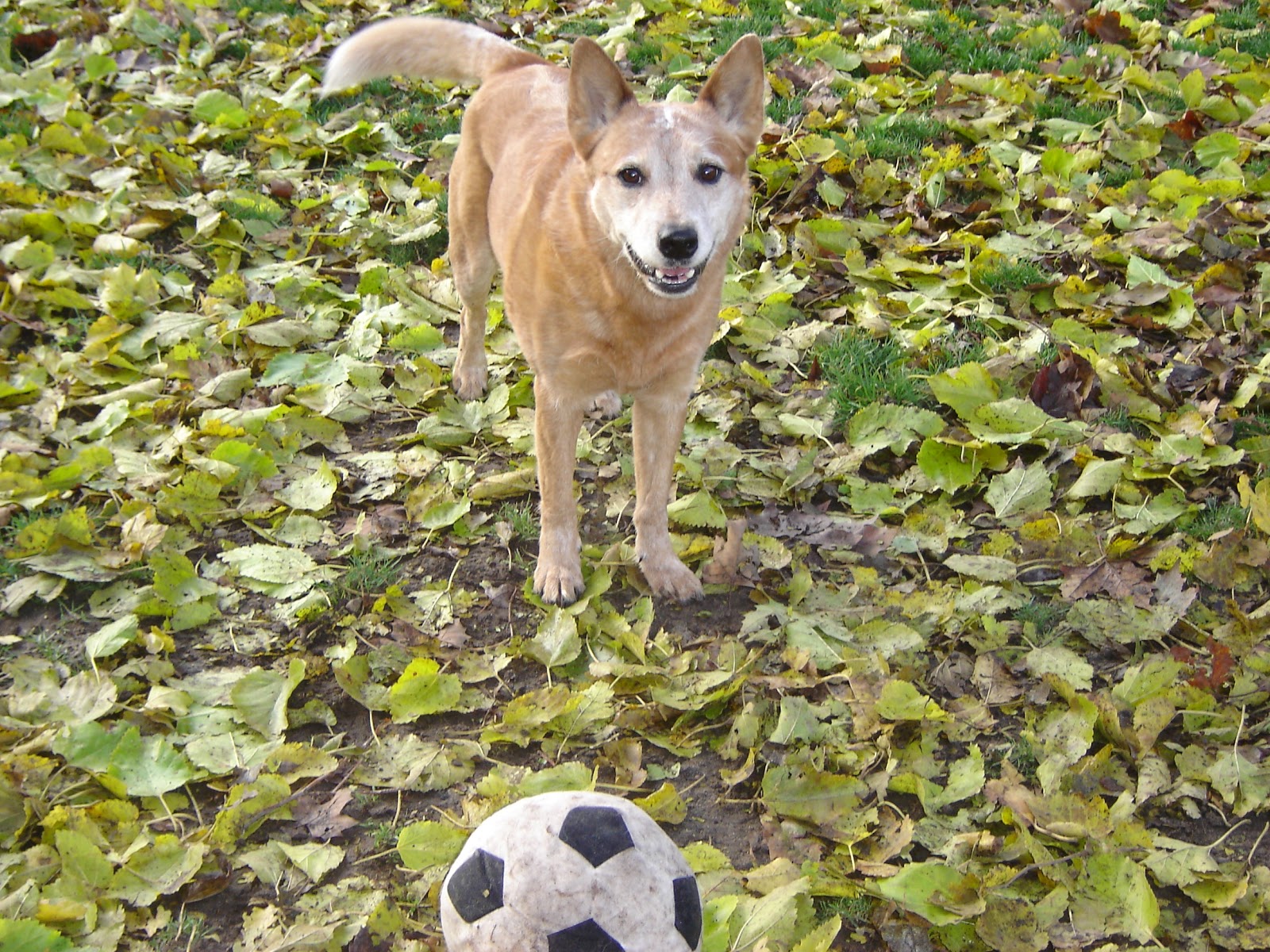 None of the pack are very possessive of toys but Callie literally carried this ball with her all evening.  She took it to her favorite chair and lay with it while waiting for dinner, stood with it in her mouth as I was handing out the food dishes and later carried it into the living room and into the crate.

The others were interested in it and checked it out but not for too long.  Blind pup Breeze immediately tried to rip into it as is her usual method of play with anything soft. The ball was quickly rescued and returned to Callie.

As long as we remember to put it up somewhere when unsupervised it'll be safe.  There has to be a spot for the new hut booties too. The last pair were tugged, chewed and literally ripped apart.  They can only be stitched back together so many times.
Posted by acd6pack at 03:05