Today was overcast, chilly and damp.  Yuck.  But do the dogs care?  Nope.  Let's get out there and see what's going on.  So we went.  Not far though, just the yard.

While the wild ones were wrestling and chasing each other, I decided that I could probably rake some more leaves.  As I was doing that I discovered a small piece of antler that one of the pack had brought outside.  Bringing antlers and Kongs outside is not allowed.  Where we live, the antlers are $12 - $15 each for the size we need.  Too expensive to be taking outside since it's always times seven.  We can't have just one or two, everybody has to have one!

The piece I found was small, really small, less than two inches. 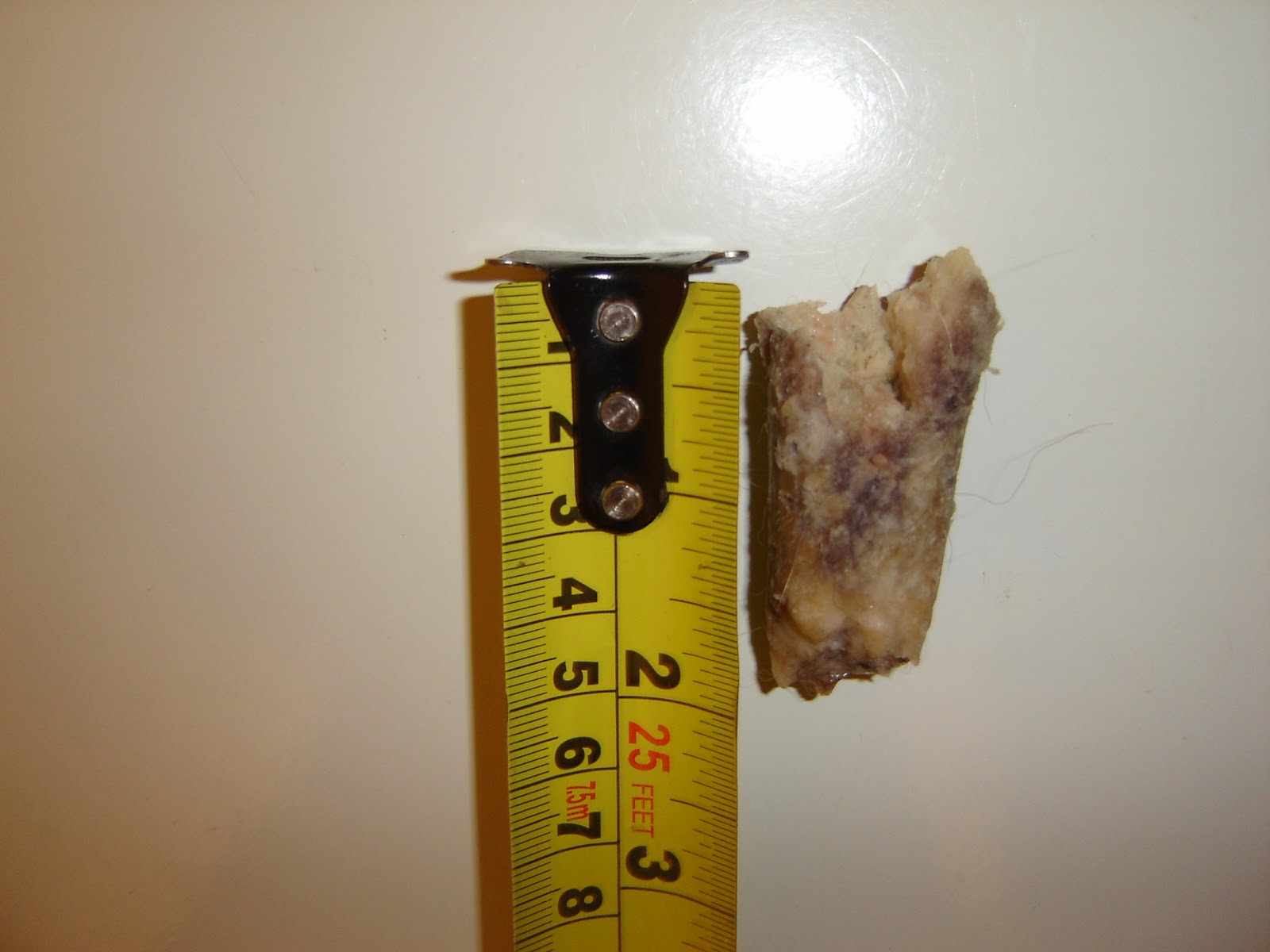 I didn't think much of it, just tossed it inside on the kitchen floor.  Well, apparently it aged very well under the leaves in the rain and became the must have antler.  We have others.  Big ones, ready for chewing on but no, this little piece was the one, the must have one.

All the dogs had a chance at it.  Yes, there were a few growls and snaps and likely some hurt feelings before I said, "enough" and threw it out.  Besides, it was getting so much attention that I was worried someone might swallow it and choke.

I did feel a bit sorry for the three blind girls, Hiker, Brook and Breeze because they were still trying to find it.  Sniffing around on the floor, no doubt thinking, "but it was just right here".
Posted by acd6pack at 19:42