At our house, the word squash has two meanings.


Definition # 1:  squash noun - a yummy fall vegetable, often roasted by humans and shared  with dogs as is or made into treats.

Going with definition # 1, I decided to roast another squash.  I saw an idea the other day to make squash chips in the oven.  Seemed like a good idea and simple.  So, that was the plan.  Well, best laid plans and all that! 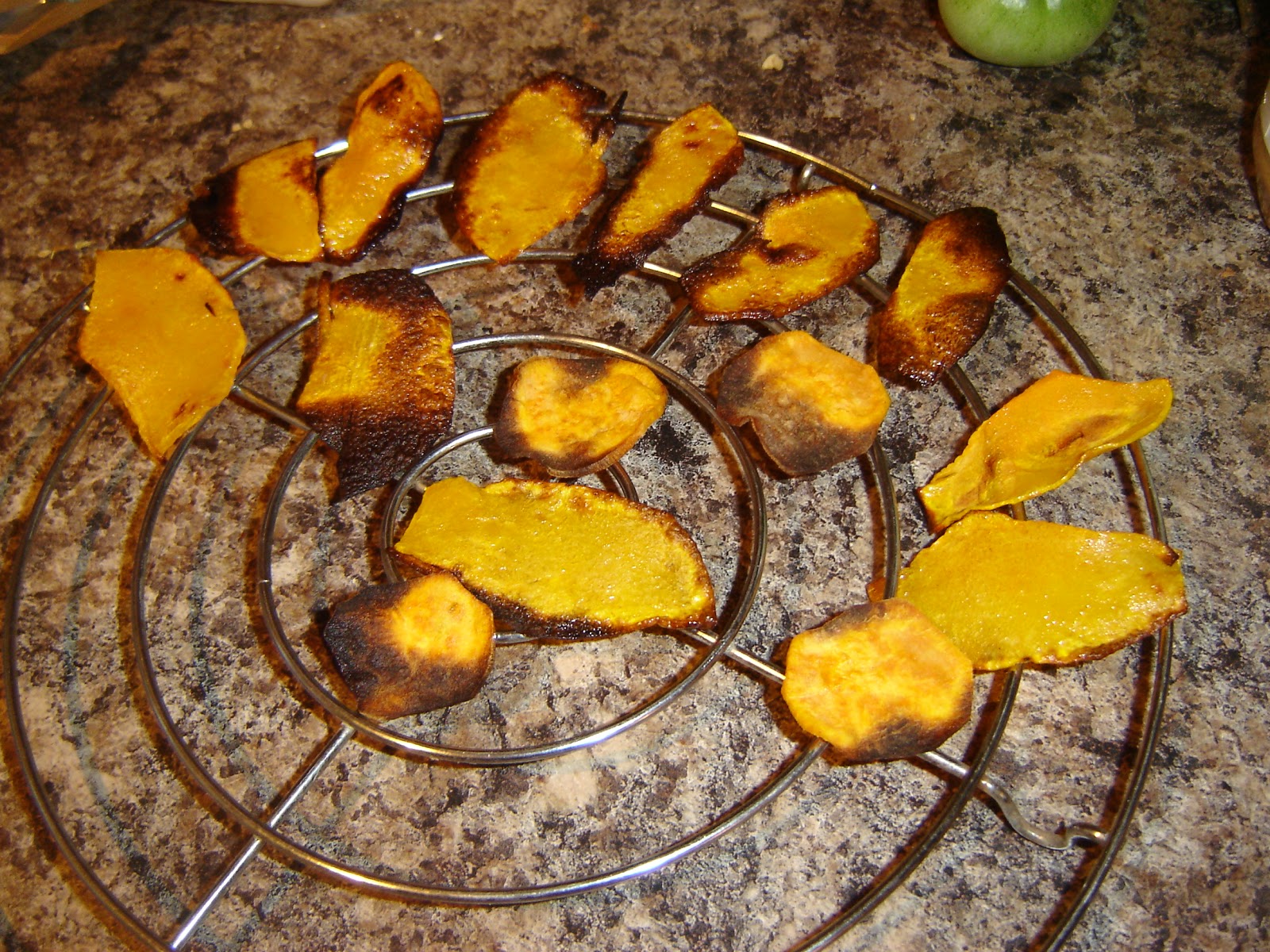 Some of them burnt to a crisp and others didn't really do much at all.  I didn't put very many in to make chips but the ones that did crisp up were good and the dogs really liked them.  Really, really liked them so I'll do this again for a quick crunchy treat.

To make the chips, peel and thinly slice squash and bake at 400 for 15-20 minutes.  I also put in some thinly sliced sweet potato.

Then, it was squash soup.  Yummy! 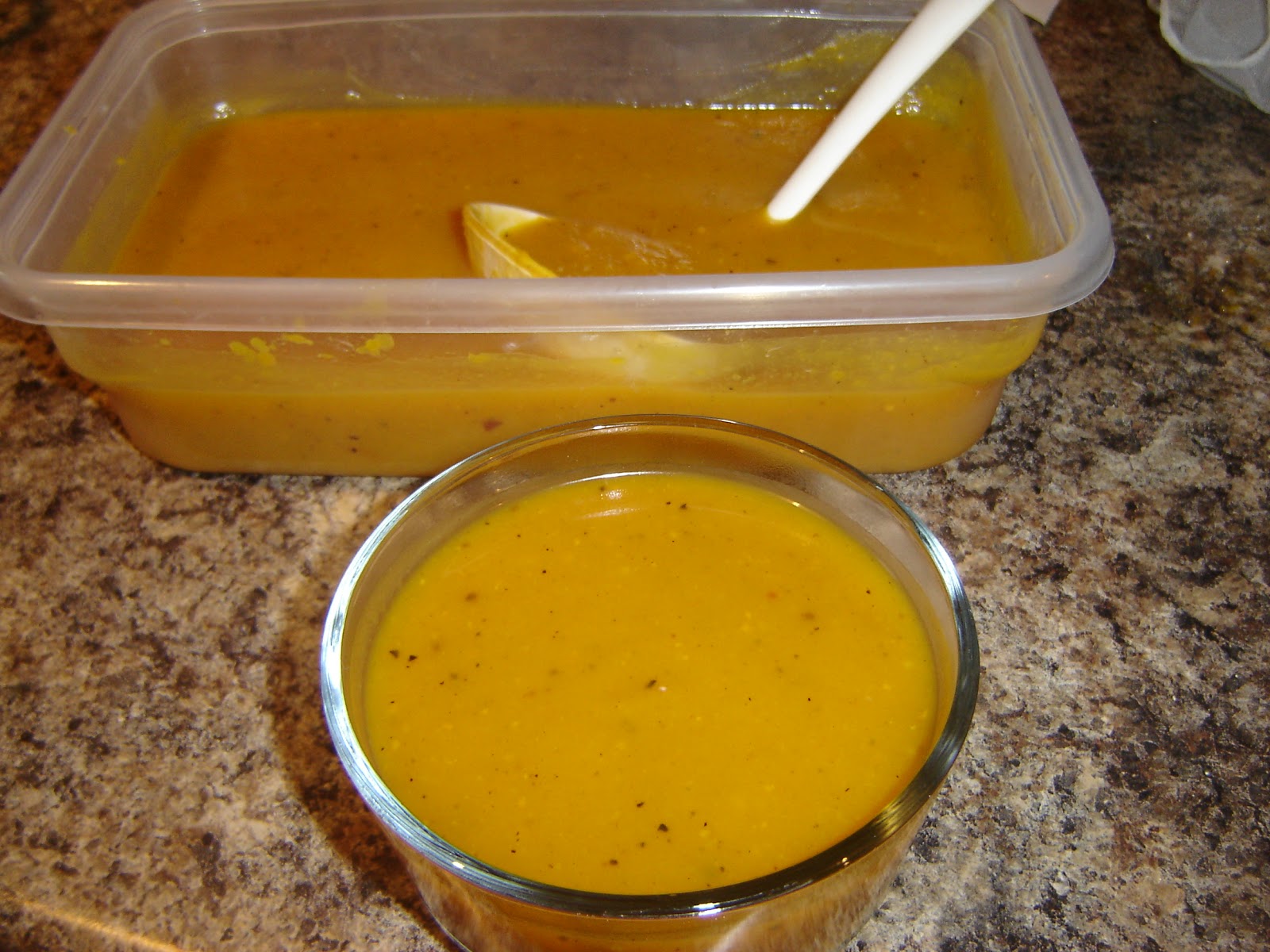 The dark flecks are from the roasting.  I suppose if it was strained through a cheesecloth those specks would be eliminated.

I don't ever follow a recipe for the soup, I just cut the squash in half, scoop out the seeds and roast it, cut side down at 400 for about 30-40 minutes until tender.  Sometimes I will add a sweet potato or two, sometimes some an onion and some garlic.  Once it's cooled, I scoop out the flesh, put it in the blender with the other vegetables, some vegetable stock and puree/blend.  It depends on how thick you want the soup as to how much stock to use.  (If you wanted, you could use chicken stock but I use vegetable to keep it vegan)  That's it.  Really simple and really yummy!  If you're creative, you could roast the seeds and use them as a garnish on the soup.

Since the oven was on from roasting the squash, I decided to make a pumpkin loaf.  (Yes, sometimes I have this much time!  I also made two loaves of bread and did a couple loads of laundry, all before noon) 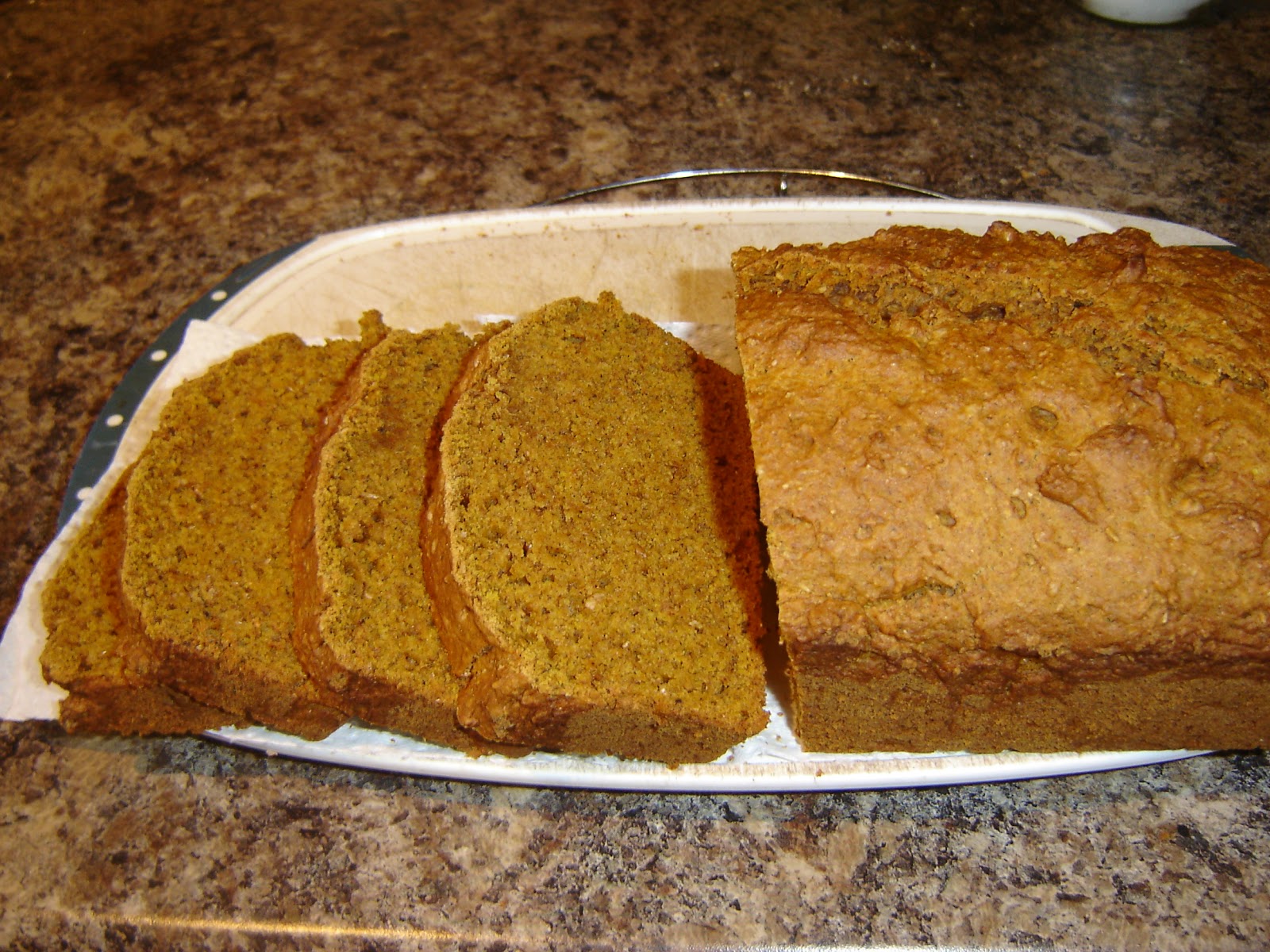 ﻿While all this was going on, the dogs were underfoot, no doubt hoping for more of the squash chips.

It got to the point that they were all getting whiny, like little kids that need a nap.  That was really the problem.  They needed naps.  Since I was so busy doing things, they wouldn't settle down and sleep - they might miss something!  The exception to this was, as usual, Hiker.  She laid in her crate and wanted no part of it.  Some how though, she knew when the squash chips were being distributed and the fingertips of pumpkin puree too.  Not sure how she does that!

Definition # 2, "don't squash the cat" was used a few times this morning too.  It's usually the old guy Oscar and he will sit on the fourth step and hiss at Breeze, who still won't go UP the stairs.
Posted by acd6pack at 13:46