For last few months I've been making a real effort to avoid buying processed, ready-made type foods. Partly due to wanting to eat healthier and partly due to trying to cut costs.

One thing that I have decided to eliminate from the pantry is microwave popcorn. It's not something I eat very often, only occasionally at work and never at home. It isn't something I make at home since I'm not much of a snacker.  For some reason (I'm blaming night shift) I decided that popcorn would be a great idea in the middle of the afternoon yesterday. (it was a shorter night shift, only eight hours on Sundays not the usual twelve, so I had some extra time)

I got out the big pot, heated a little oil in the bottom, poured in the popping corn and waited. Nobody seemed to care, not even when the popping started. Once it was done and the smell wafted into the living room, a couple of the pack wandered into the kitchen to see what was happening, which of course prompted everyone else to follow.

I had a decision to make. Popcorn in their bowls to have a fair and controlled distribution or just hand out pieces like treats. I went with the bowls. Some of them have had popcorn once or twice but not for a long time. Breeze was the funniest. She seemed very confused. 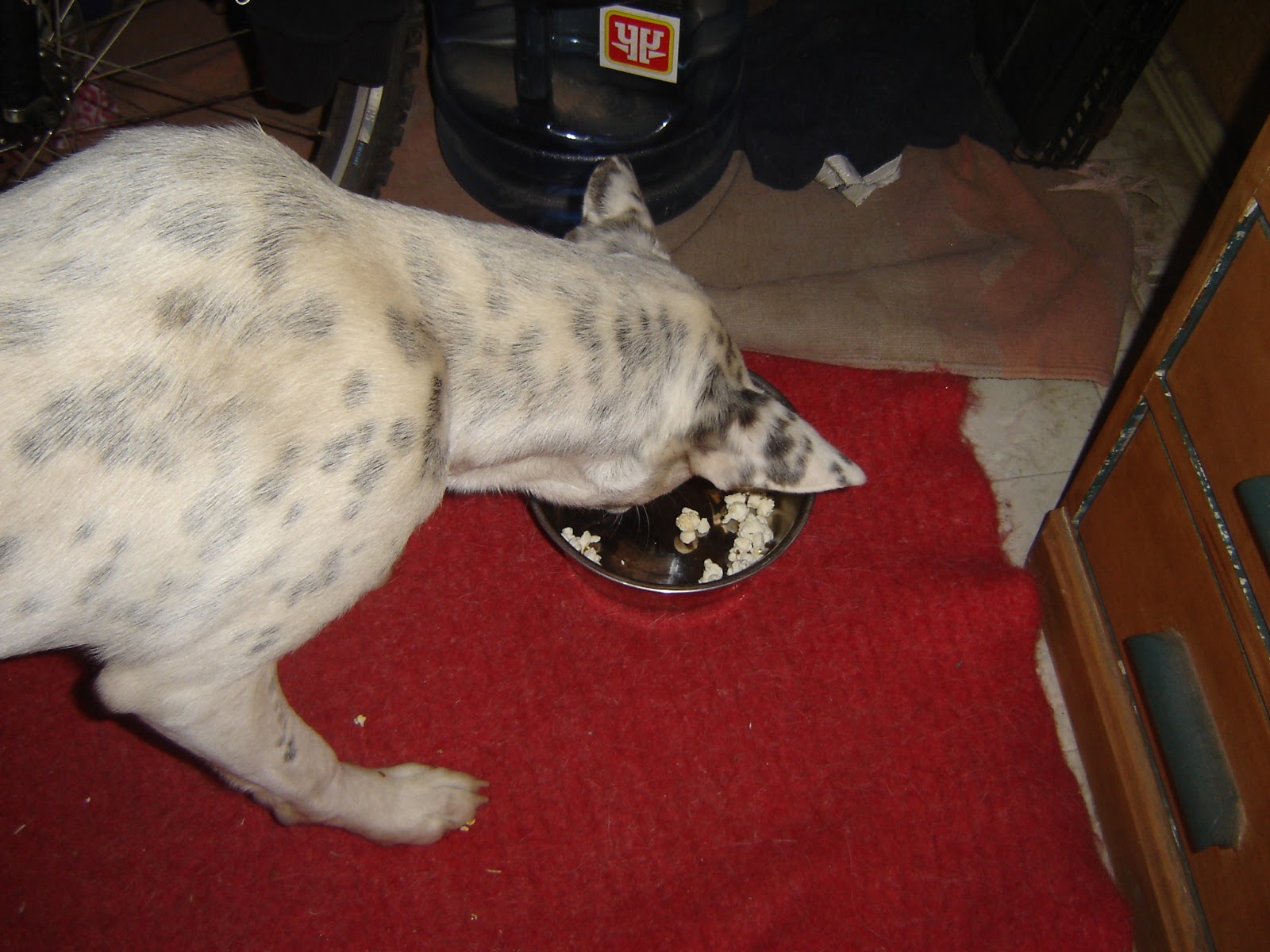 You can see that she is standing far back from her bowl.  Breeze was no doubt expecting kibble, not this stuff. She picked out a piece, rolled it around in her mouth then spit it out. Back to the bowl and repeat. By this time, Forest was done and was looking for more. Here he is trying to get the pieces that Breeze spit out. She took a few minutes to make up her mind but decided that she like it after all. (Note: another dog getting close has not been allowed in the past due to Breeze's outbursts of growling and air snapping. I decided to let Forest get close and see what she would do. Breeze had no reaction at all.) 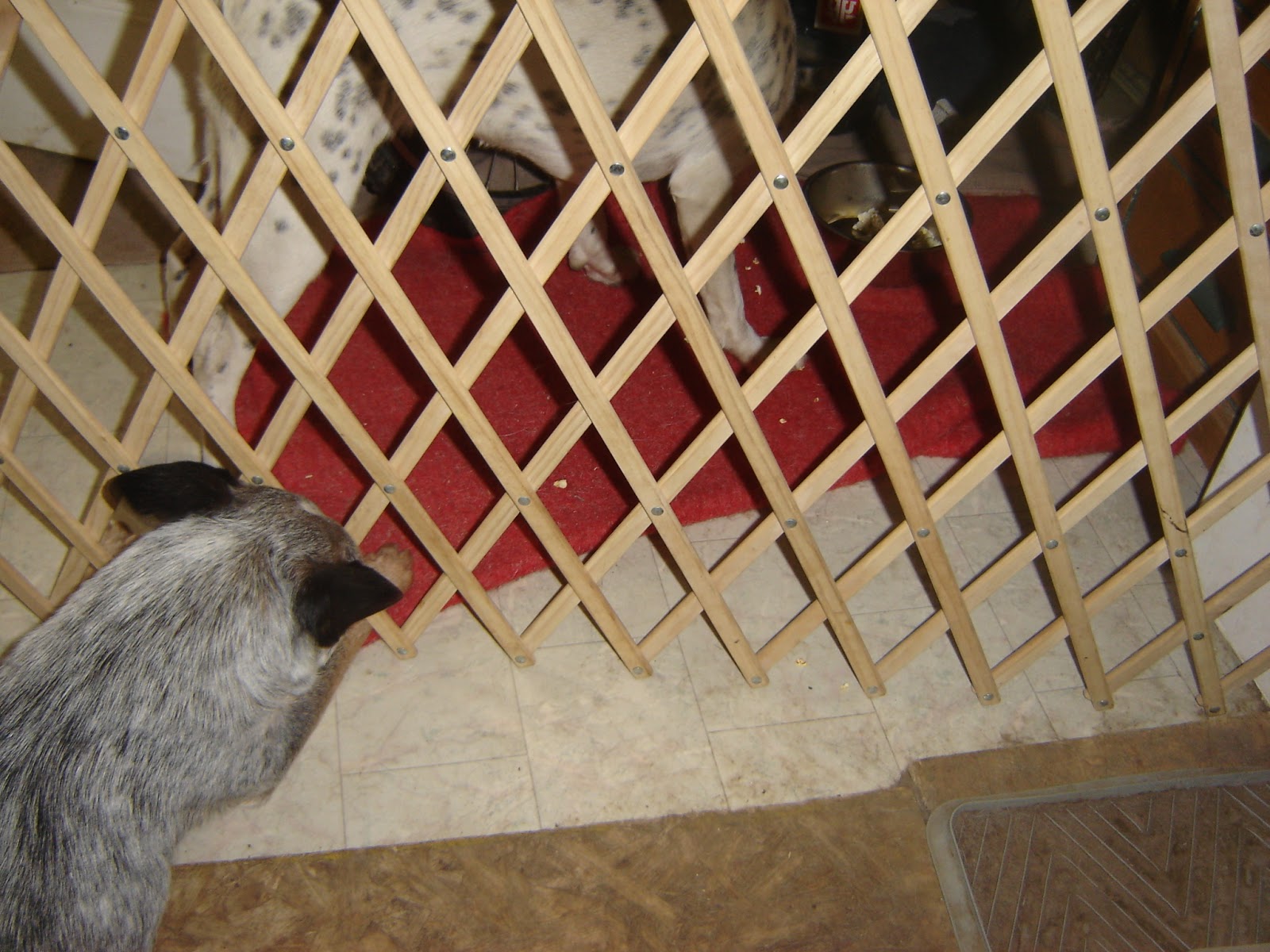 Bill is somewhat food obsessed and gobbled his up with no hesitation. 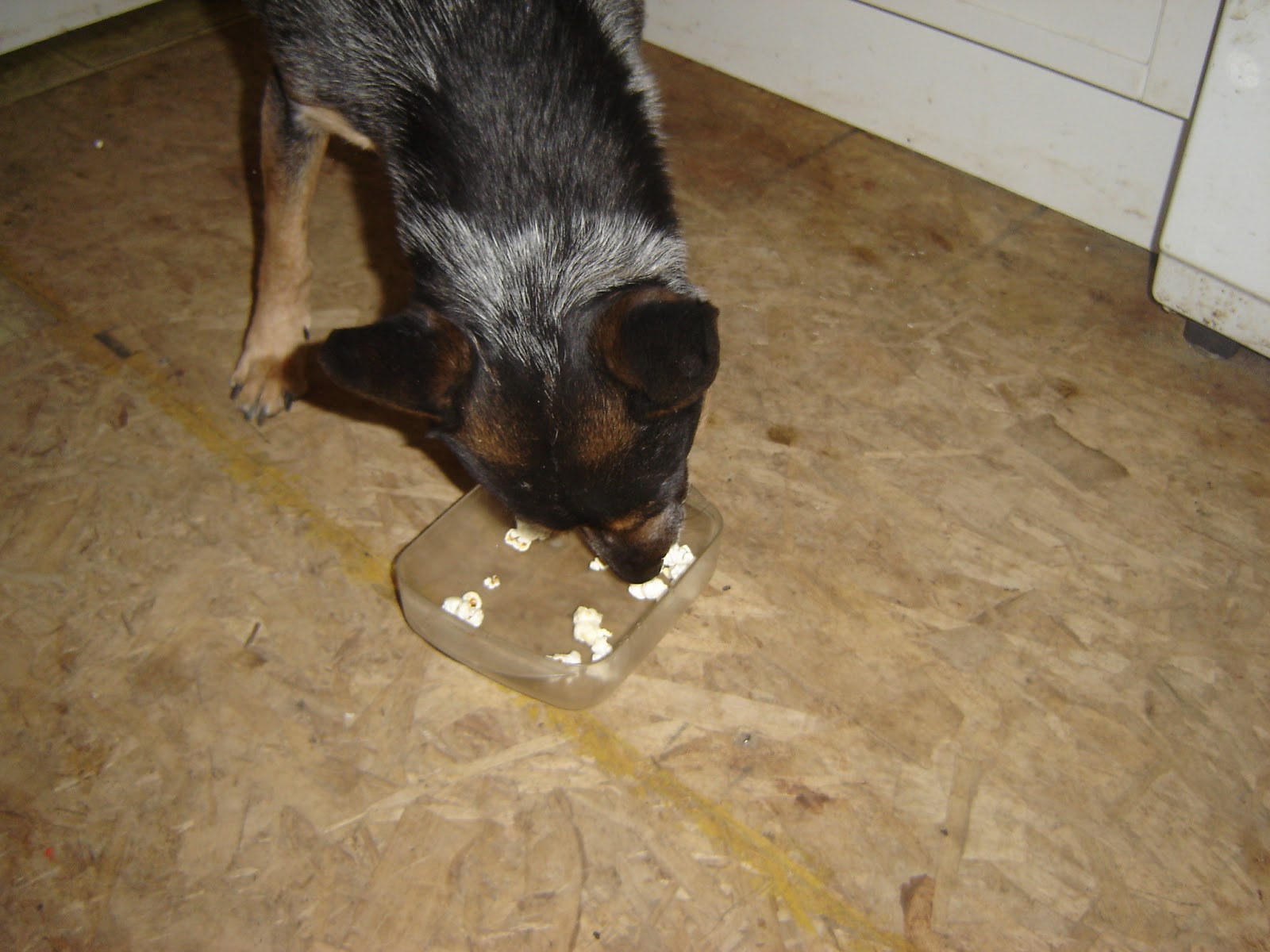 Then, one more small handful to share with no bowl. 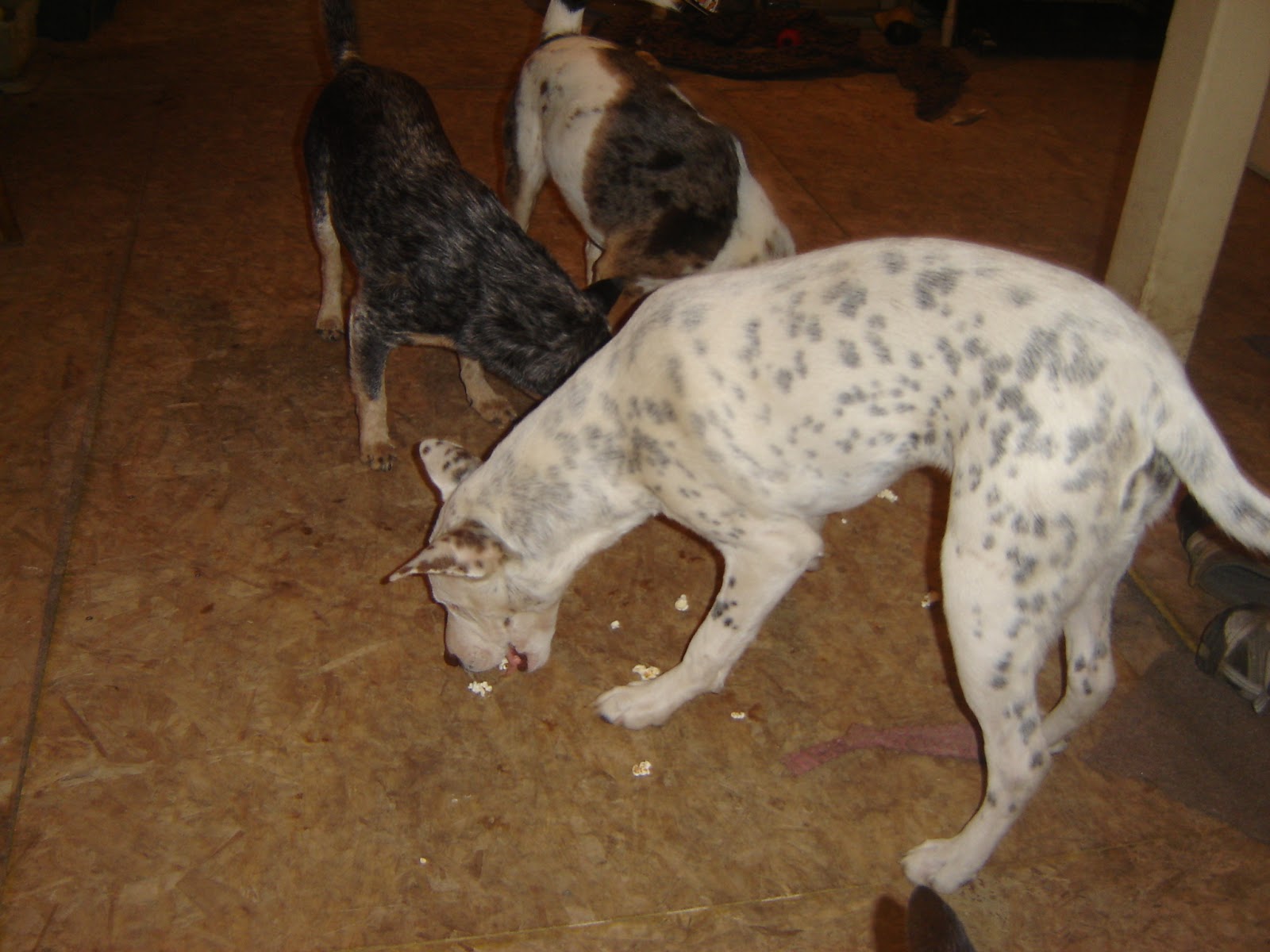 That last handful, I might have made some remark about how clean our floors are. So clean you can eat off them!
Posted by acd6pack at 05:03