First, we would like to thank everyone for their kind words regarding the passing of our dude Oscar.  We really appreciate your comments.


On Tuesday, I was off to the big city, about a forty-five minute drive away.  As often happens, the day began with the question of who to take. Only one could accompany me since I had an appointment at the bank and I don't want to annoy anyone by strolling in with more than one. During breakfast I debated and finally decided to take Azule, our deaf girl.

Before we went to the bank, we detoured to a Pet Smart store that was closing and having a clearout sale of 50% off everything.  The sale had been on for a week already but I still found some good bargains and Azule had a great time meeting other dogs and getting fussed over by the staff.

Here's what we got: 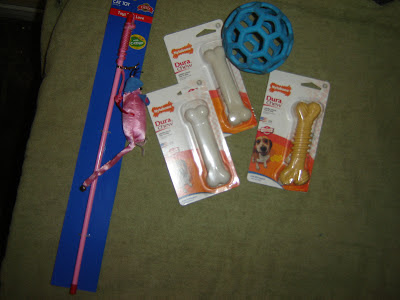 Then we were off to the bank.

Azule enjoyed the big window in our bank lady's office. 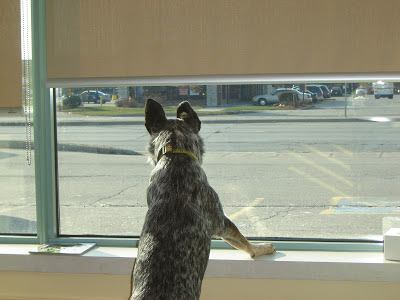 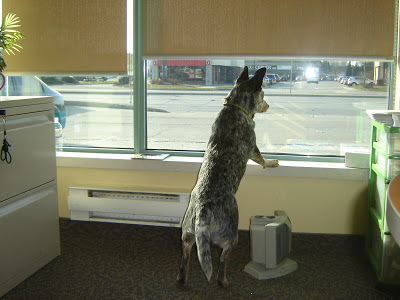 There were treats for Azule and the empty container smelled really yummy! 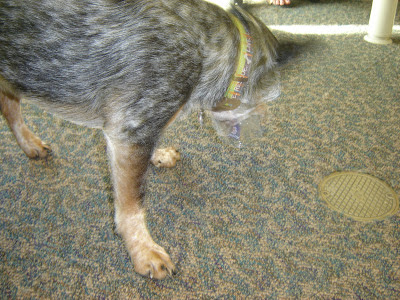 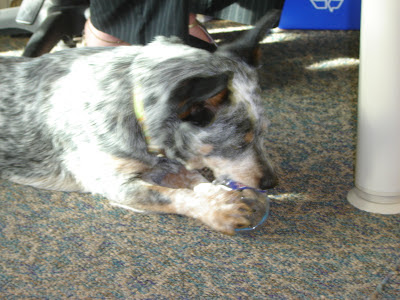 Even though these pictures a bit blurry, I promised our bank lady that she would be featured.  Those are her toes in the first picture and her leg in the second!

Then it got boring for Azule as important banking business was conducted.  Sigh. 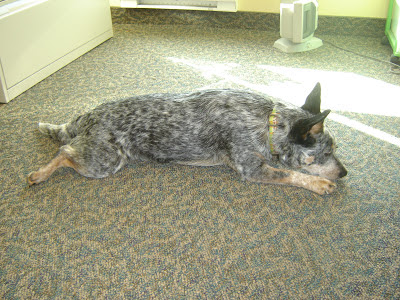 When we got home, it was time to play.  Gerrard the wonder kitty was thrilled to have a new toy (even though it's pink). 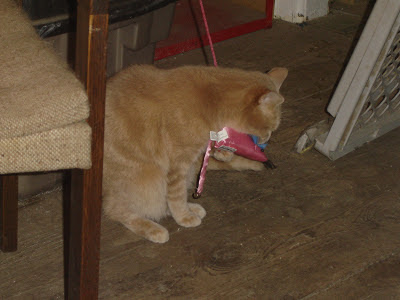 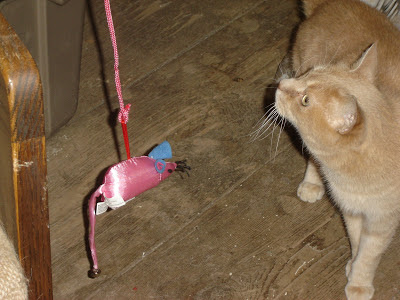 Callie really likes the ball and I am hoping it lasts.  There was only one, if there had been more I would have bought a couple and a bigger size would have been nice. But, hey, for $2.00 I'm not complaining!

The ball bounces really well and once we determine the durability of it, we might see about getting a bigger one.  I like the fact that it's quiet as it bounces, an important factor in a fetch toy for those mornings when we are out playing at 4:15 a.m. Now, if we could get one that glows in the dark, we'd be all set!
Posted by acd6pack at 06:45