A hike with Hiker

I took Hiker out.  All by herself.  Just the two of us!


Hiker is extremely social (more than me most of the time) but doesn't play a lot with others, she never really has.  The four that do the most rough-housing are Forest, deaf Azule, blind and partly deaf Brook and blind Breeze. They will chase each other around, play with each other with toys and in general, be wild and rambunctious.  So, I decided to take Hiker out. (Okay, part of it was that it was Hiker's 3rd Gotcha Day.)

Before we left, I crated those staying home.  This is what happened when I said, "Brook.  Get in." 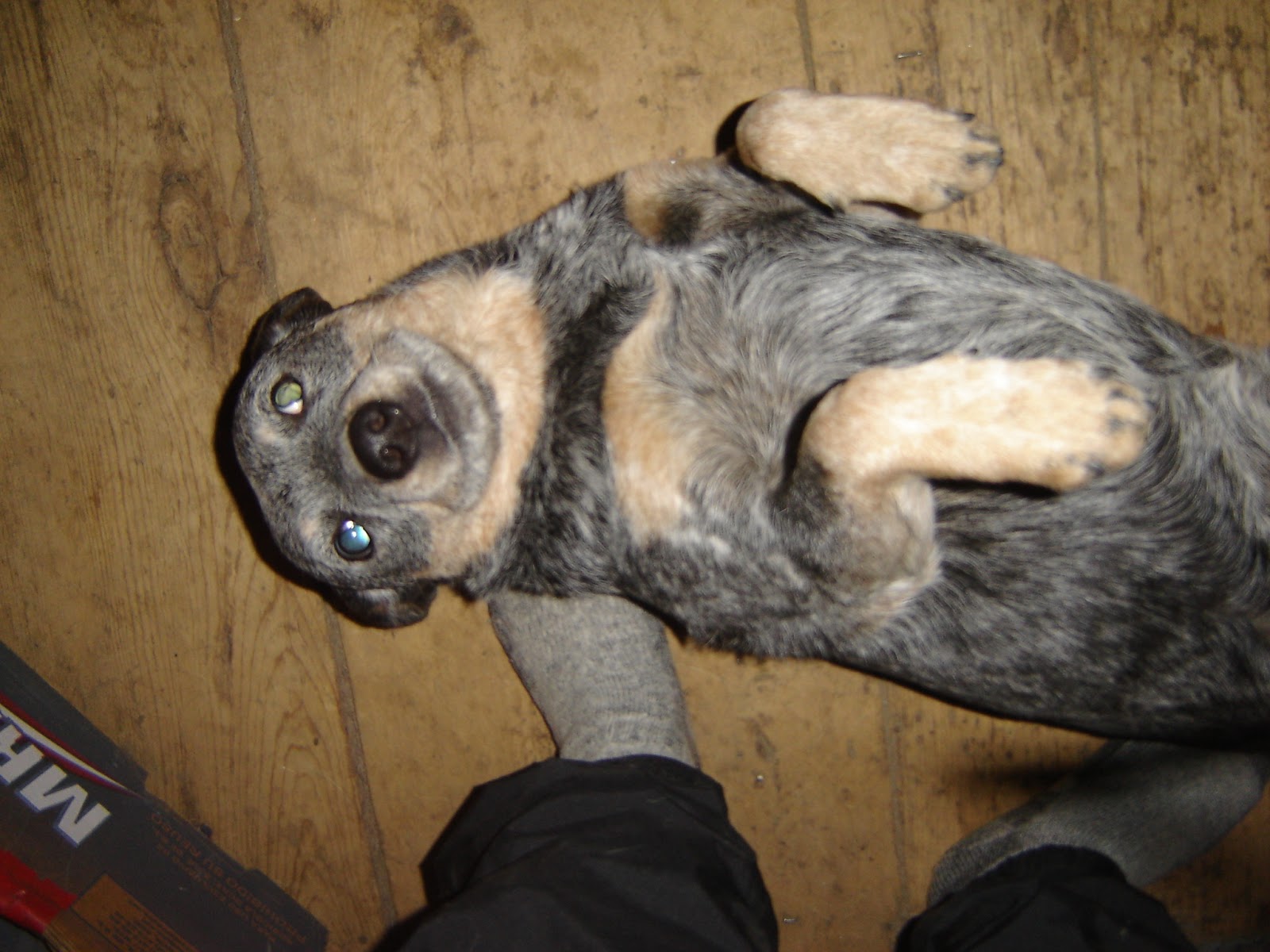 Brook seems to think that if she falls to the floor, rolls over and has no muscle tone that she won't have to go in.  She likes her crate, she's just a silly pup!

We went to a trail that we've only visited once before, back sometime last year.  It tends to be a busy trail system and so we avoid it but this late in the season, there was only one car in the parking lot. 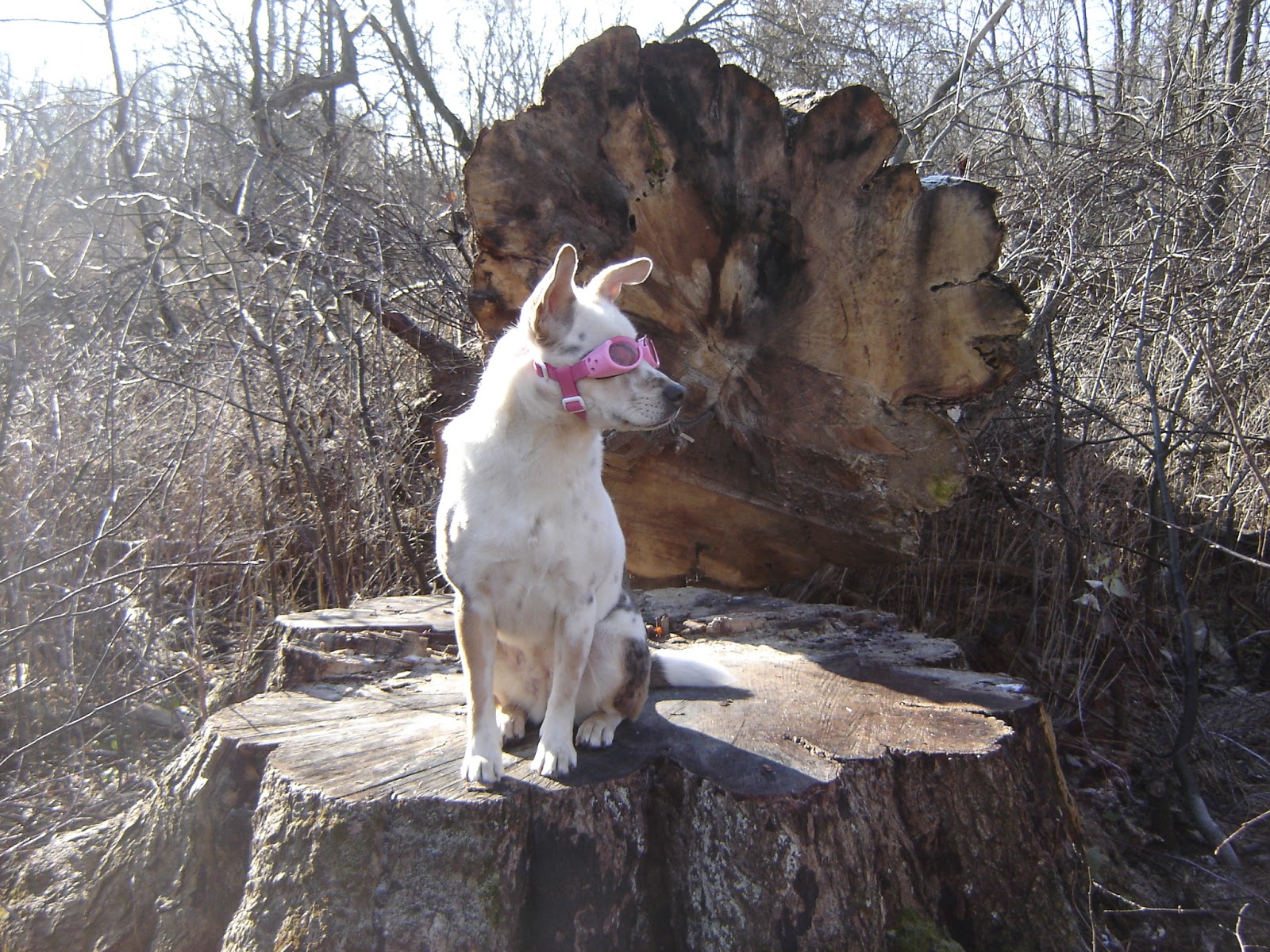 This is one of the reasons why Hiker wears Doggles.  She loves to explore and sniff and of course, that increases the risk of a penetrating injury (to use the vet's description).  Now that her eyes have been removed, there is less concern but I like the extra protection the Doggles give her, she is used to wearing them and I think they look good! 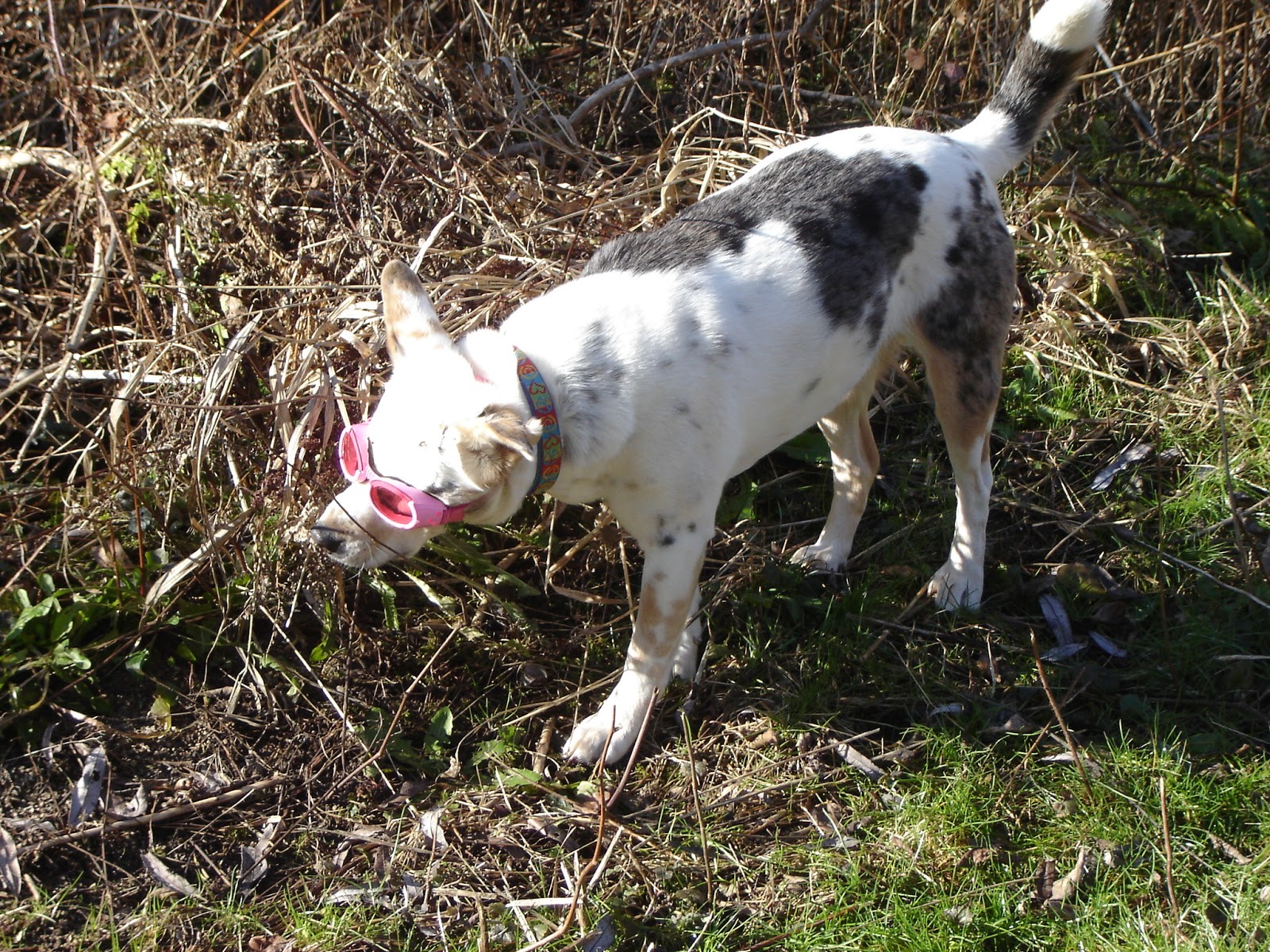 The other reason I am not a fan of this trail system is that it's very curvy and as a result, you can't see too far ahead if someone and their dog is approaching.  Sure enough, an overweight lab comes lumbering around a corner and right at us.  The owner?  He's about 15 feet back and yelling the ever famous and often dreaded, "My dog is friendly!".  Grrrrr......what if mine isn't?   It's situations like that cause me to be very selective of where I take Callie.  She would not appreciate that.  Not at all.  Fortunately Hiker is almost bomb proof.

Then it was time for a nice picture along the river.  Great weather for mid December, especially since we had snow a few weeks ago. 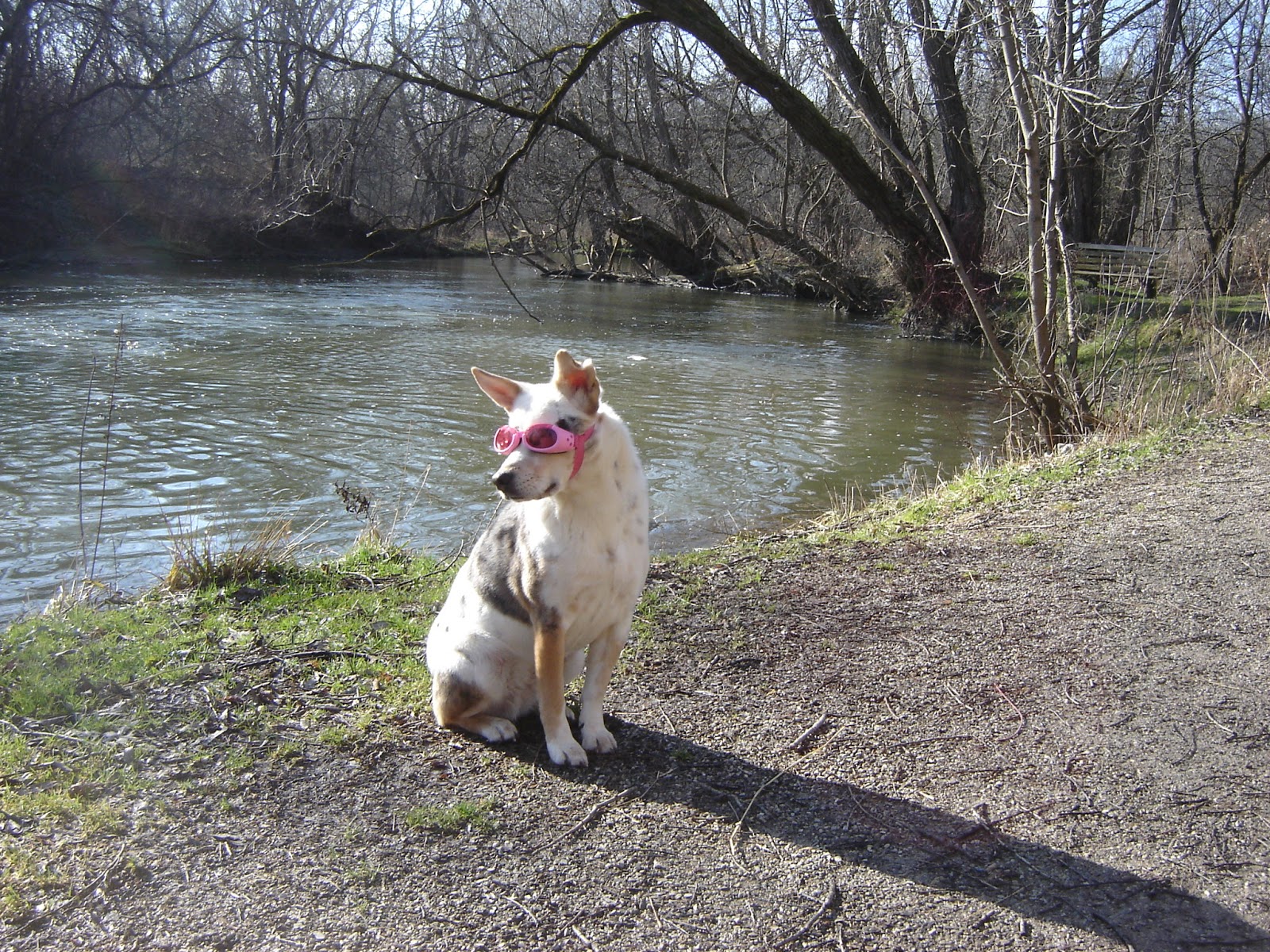 Hiker was just a happy girl out for an off leash trail walk. 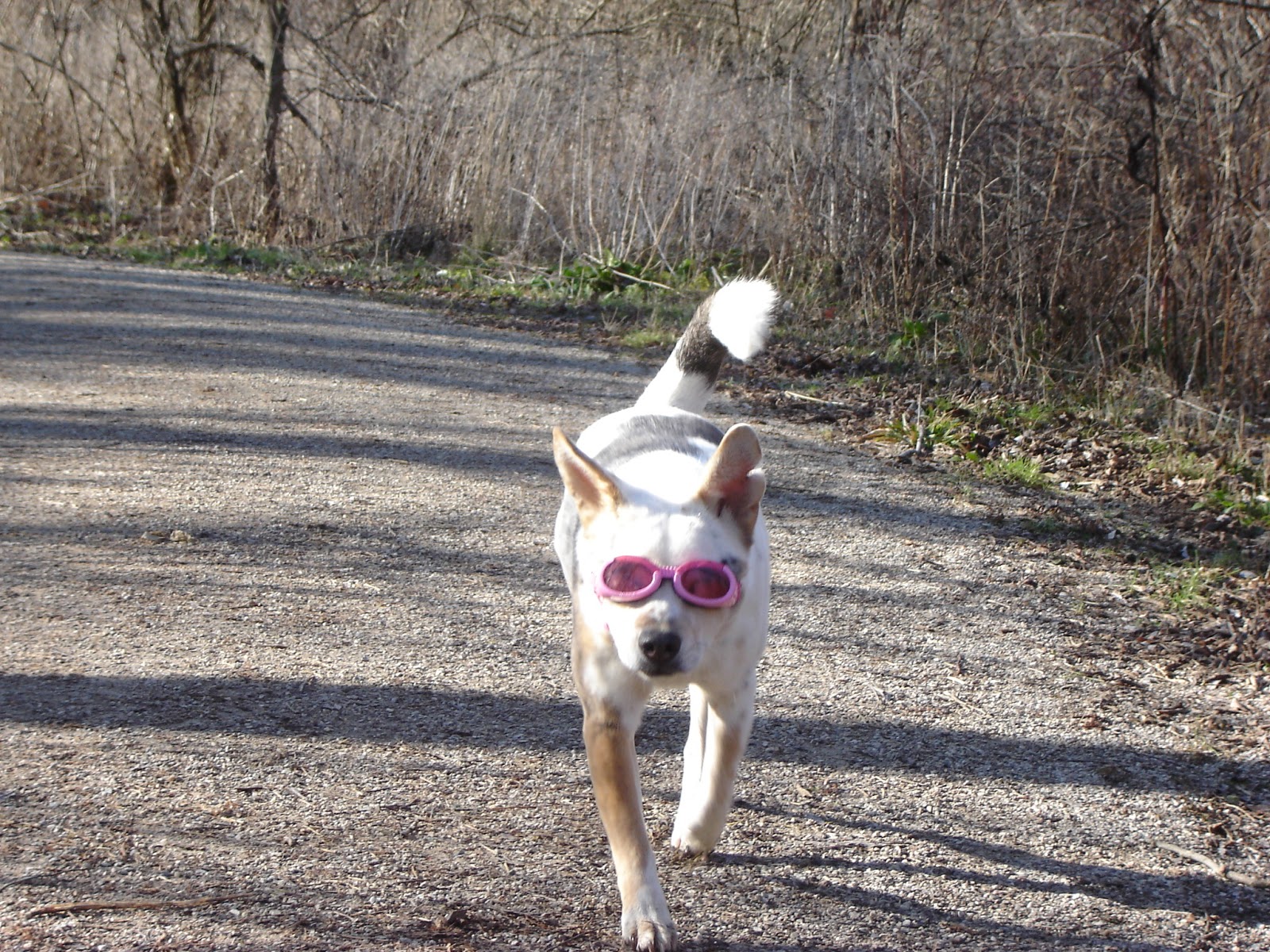 Happy weekend everyone!
Posted by acd6pack at 06:46