Since we now have some nifty cookie cutters for dog biscuits, I have tried a couple of recipes and of course the pack was more than willing to taste test.  Some were obviously yummier than others.  It seems though, that all of them smelled good while baking since there were a few kitchen helpers, as usual.


I used our little cookie cutters as well as a bigger bone shaped one that I bought so that we could share some cookies with our neighbor dogs who are bigger than the Australian Cattle Dogs.  Dave is a Great Dane/Mastiff mix and our other neighbor is Max, a Poodle/Retriever mix and he has a little teeny tiny doggie cousin named Pete who is a Teacup Poodle, so we gave them both sizes. 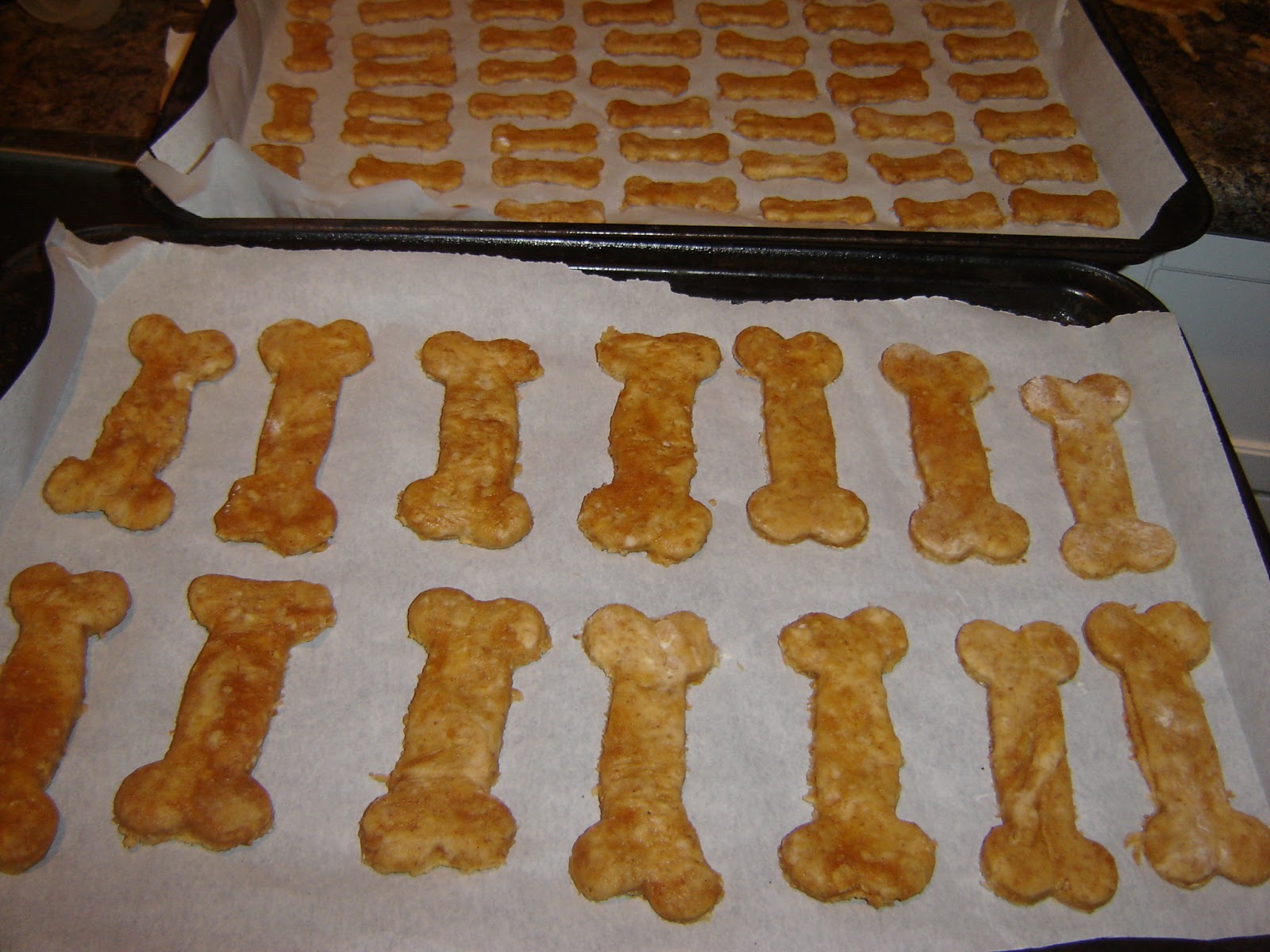 So, our latest and favorite recipe is one I found here:


I made a couple of slight modifications to the recipe. I omitted the egg and replaced it with ground flax seed and water, a vegan egg substitution. Also, I didn't use the chunky peanut butter, only smooth and chose to use an organic natural peanut butter.  I also baked on parchment paper.

Just to make it easier, here's the original recipe:


These dog biscuits get nice and crunchy and all my pack and the neighbor dogs really liked them.  I was surprised at a couple of my pack who are usually content with one or two biscuits almost begging for another. Now whenever they hear a noise in the kitchen, they come running!

Then, since the oven was already on, I made some cinnamon raisin bread and got creative and tried to recreate the cinnamon swirl that I've seen in the stores. 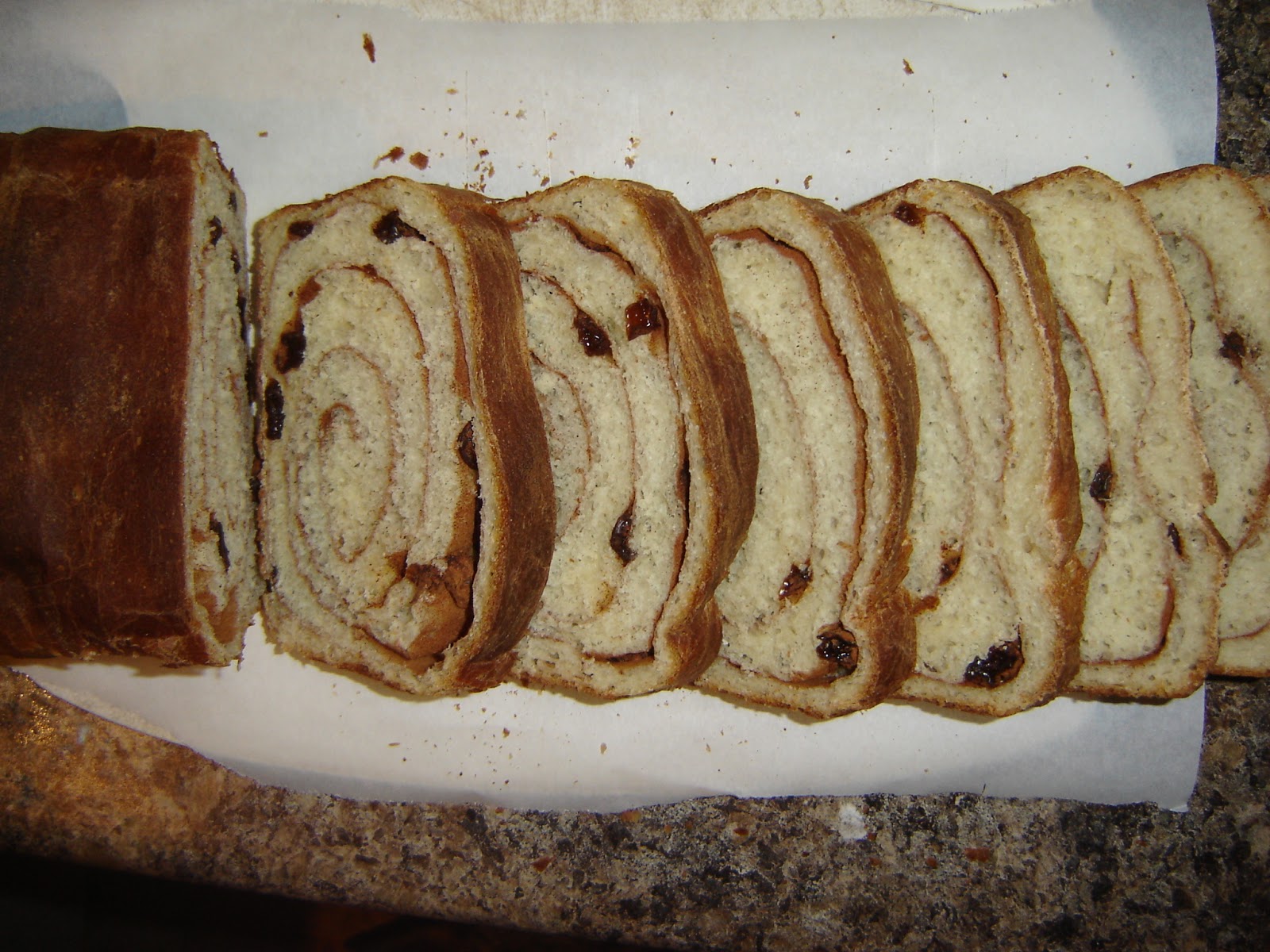 I was pleased with the result and how nice the swirl looked.  It tastes yummy too, especially toasted with peanut butter.