Look what we got!

A little while ago, one of our favorite blogs, 2punkdogs had a give away of a Ruff Wear dog pack.  It was too big for their dogs and they asked if anyone out in the land of blogs was interested in it.  Well, based on the suggested measurements, it would fit at least one of the acd pack and we were the lucky recipients, it arrived yesterday!

Of course, once the box was opened, the pack was thoroughly sniffed and sniffed again.


Callie tried the pack on first.  She wasn't overly impressed with it.

I assured Callie that it wasn't that bad and that she certainly would be wearing it and would be fine. (We'll be talking more about that later.)

Our blind puppy Breeze also tried it on and it fits her a bit better since she is bigger than Callie. 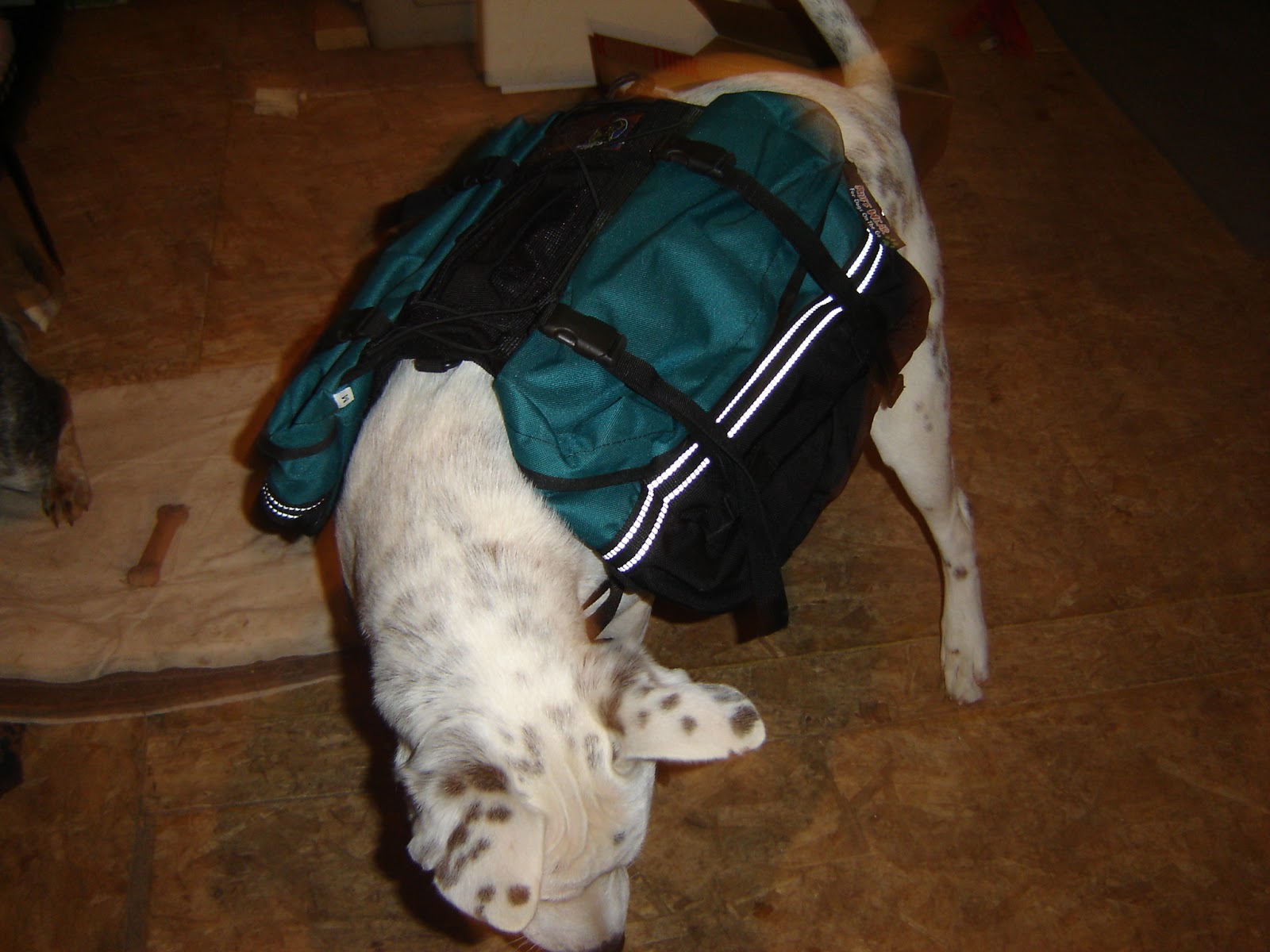 Breeze wasn't too sure about the pack either but at least she didn't make faces about it like Callie. 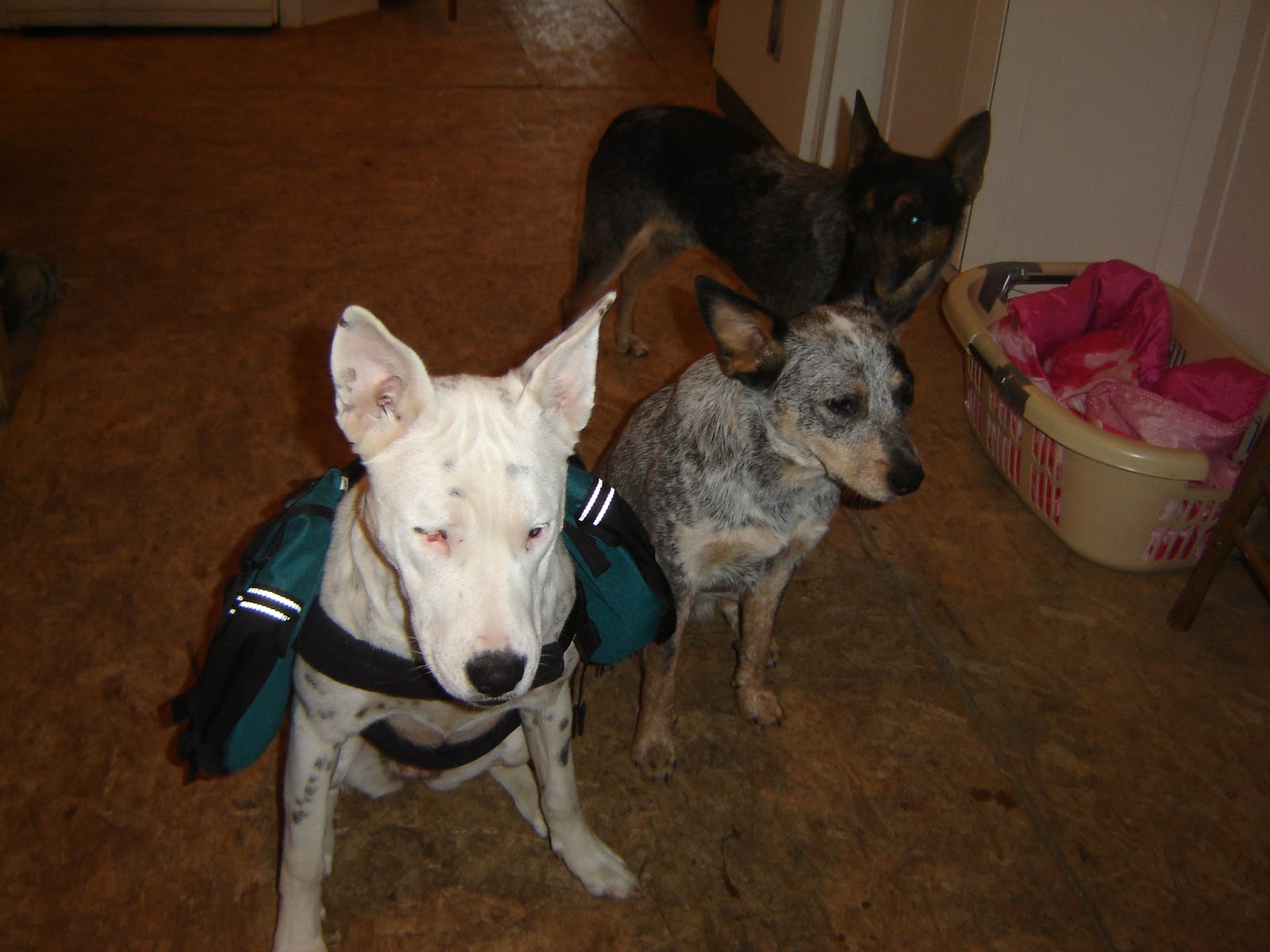 A big thank you to 2punkdogs!

Do your dogs ever think about a career?

Our deaf girl Azule, along with blind Breeze might be thinking about a career in policing.  Azule thinks that since her vision is so good and she can run very fast and likes to chase, she would be a good candidate for a police dog. 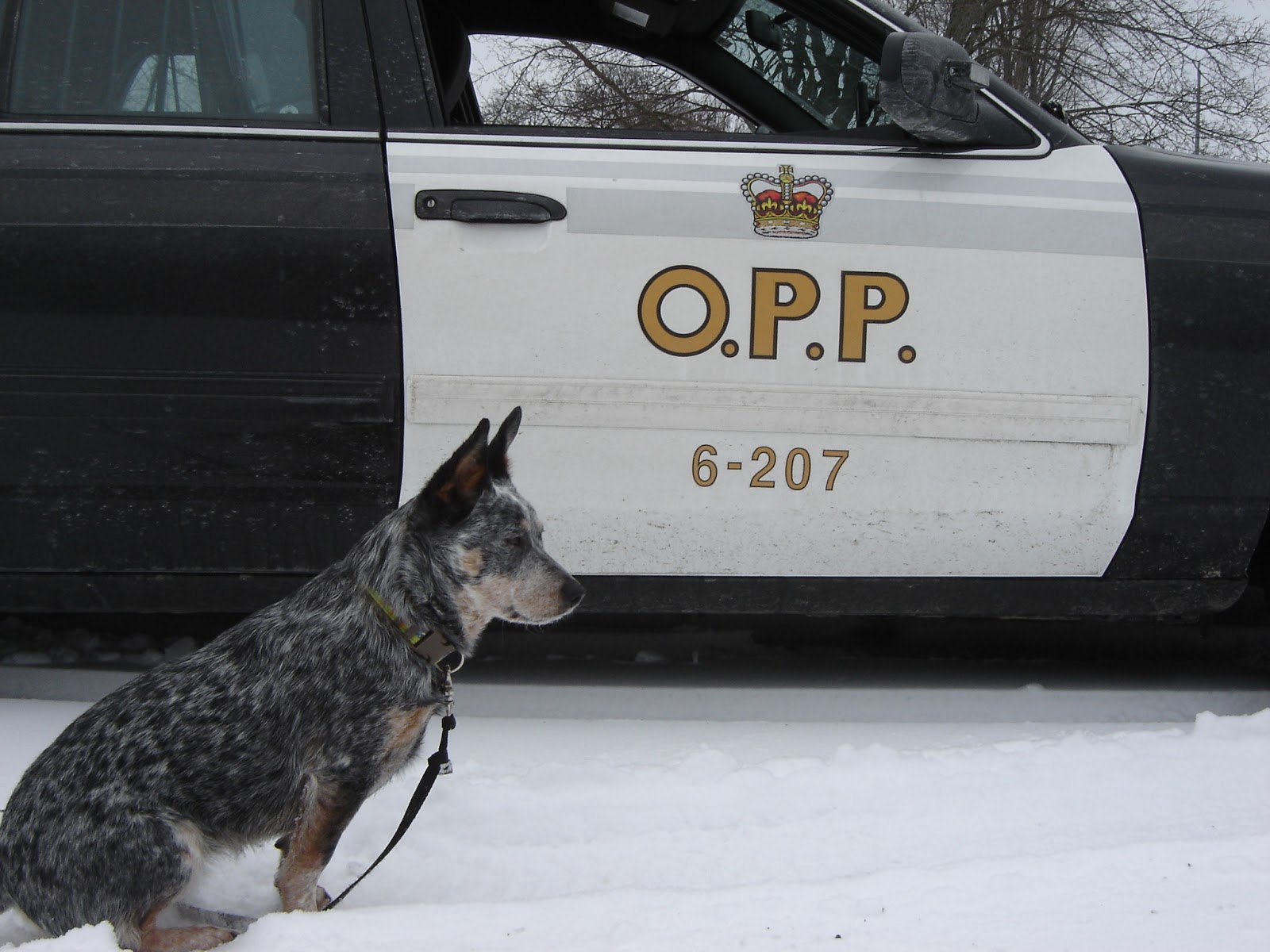 Even though she's blind, Breeze thinks that since her hearing is so good and she can find things by sniffing, she could be a good police dog too. 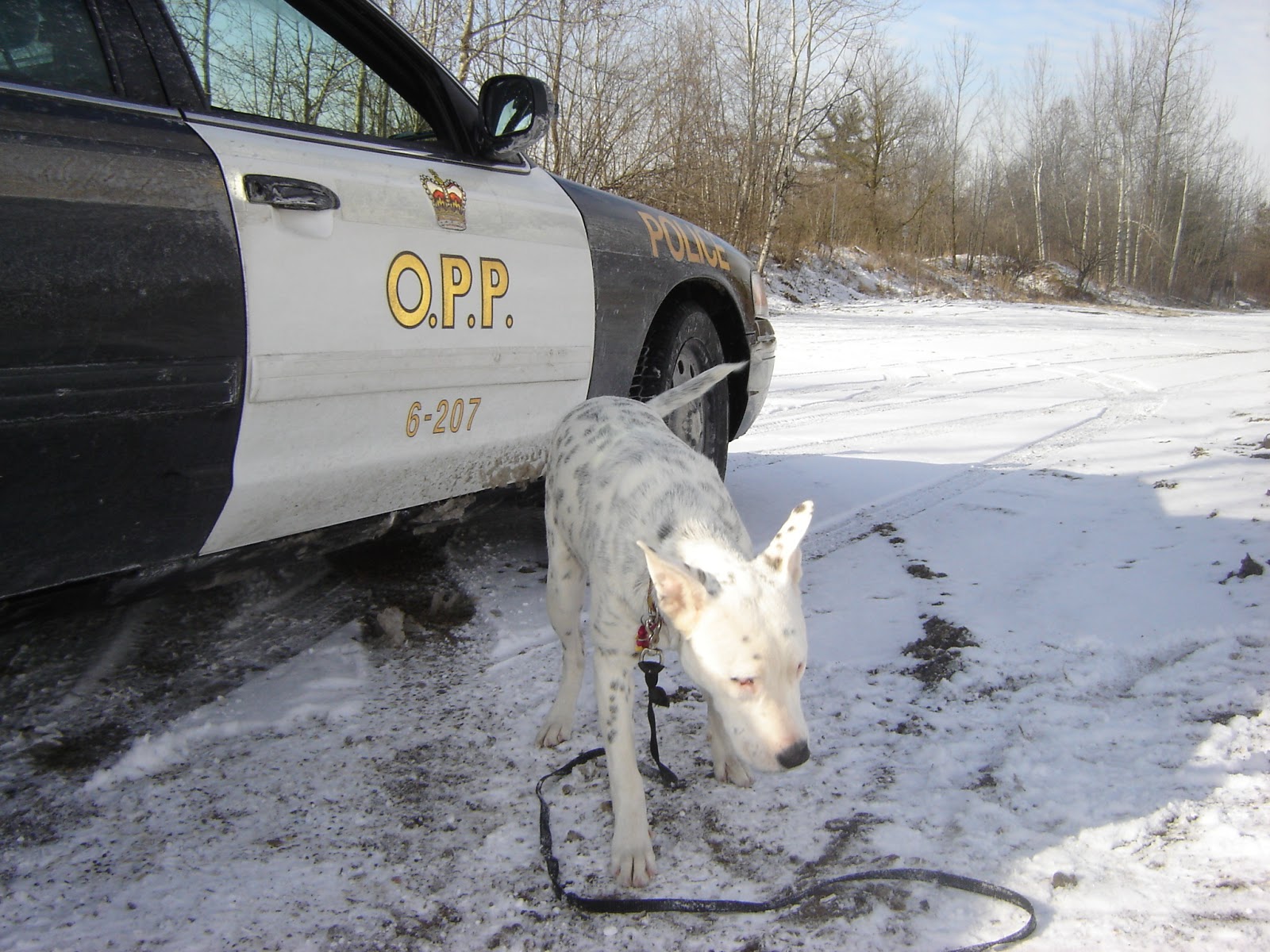 Well, a career in policing is not going to happen but they did, of course,  enjoy the attention!
Posted by acd6pack at 08:15