It was dark, but we played!

All day yesterday it snowed. A lot. By the time I got home from work, it was, as usual, dark. But with all that snow out in the yard, we just had to get out there and play! 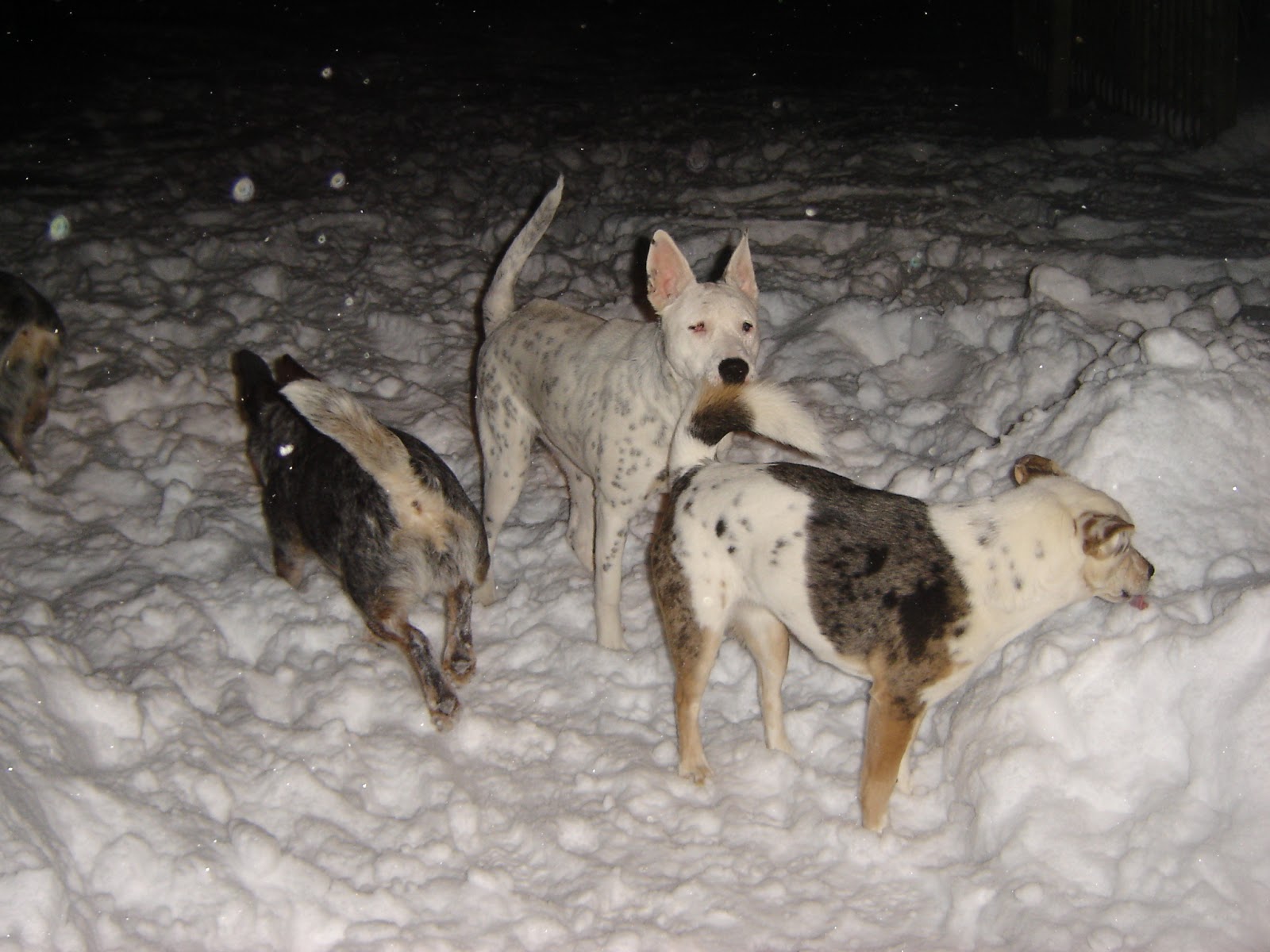 Where they are standing is an area that I cleared outside of the door so that there was some space to at least get out. Hiker decided that eating the snow was the best thing.  She stood by the snowbank and licked and licked. 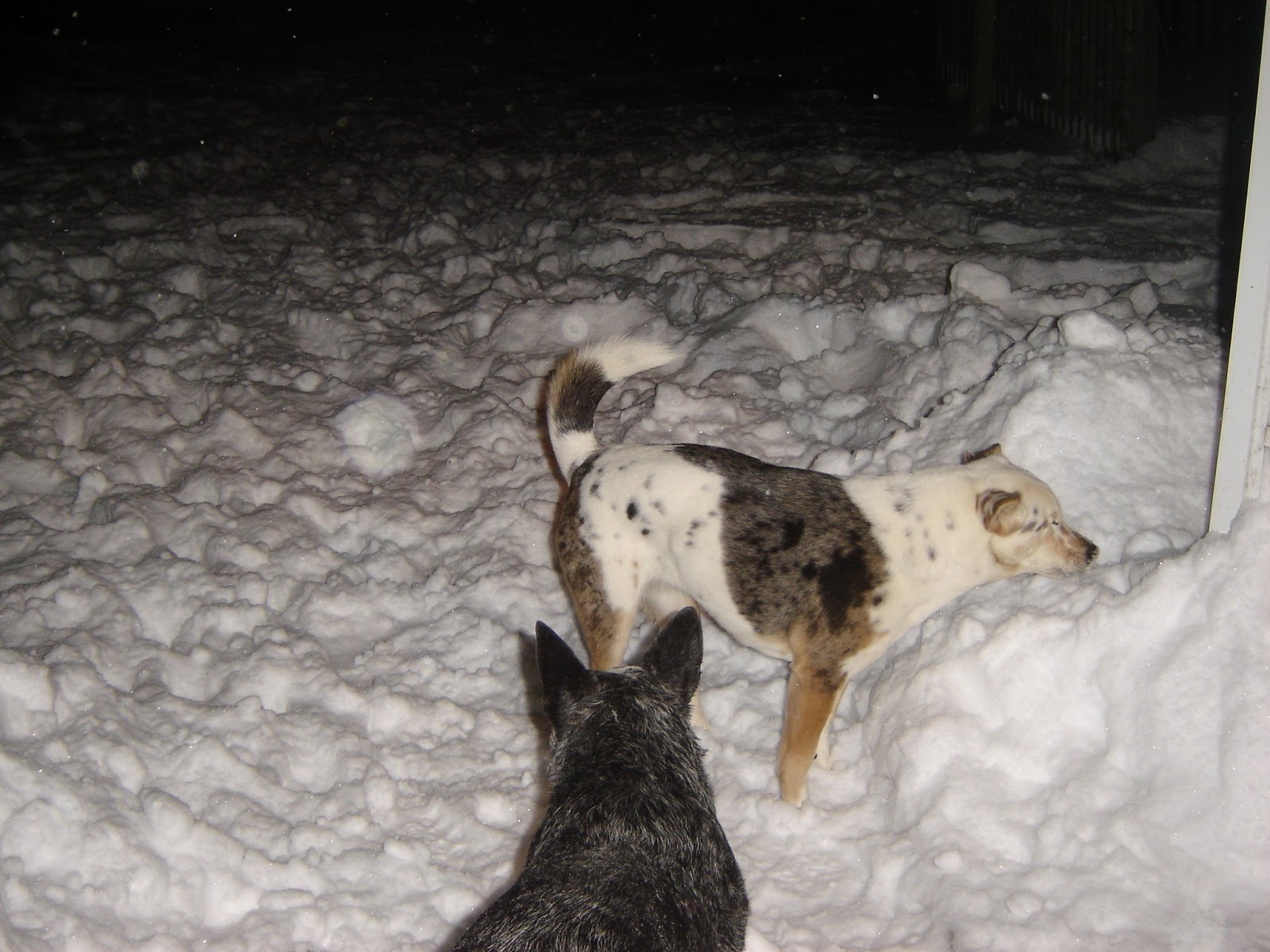 The pack was extremely excited to have all that fluffy snow to play in.  I measured the snow on their fort and there was nine and a half inches! It must be sturdier than I thought since all that snow hasn't collapsed it.

For Brook, all that snow meant that she was wading through snow that was almost up to her chin but that certainly did not stop her from having a great time.  All of the pack were running and jumping and having a fantastic time and within minutes there were footprints everywhere!

Callie was thrilled to play Jolly Ball in the snow and stopped frequently to roll around and jump into the deep snow. The lighting is poor but you can see how excited she was.


I'm looking forward to Sunday afternoon when we'll be able to get out for longer and in the daylight, to play in the snow.  News reports are that this is the most snow we've had at one time in the past five years.

Monday's forecast is warmer temperatures (5C/41F) and rain.
Posted by acd6pack at 08:36