Today, (Friday) we are having a "significant winter storm" according to The Weather Channel.  All the radio stations are giving long lists of cancellations and school closures.  We're expecting at least six inches of snow with strong winds.

At 1:22am there was no snow when Brook went out for a pee but by 5:30am there was about three inches, it was snowing heavily and still is.  It would have been a great excuse to not come in to work, but since I don't get paid if I don't work...here I am. I would much rather be at home playing in the yard with the pack! (and clearing the driveway)


Callie got out for a wander yesterday morning and had the trail to herself. 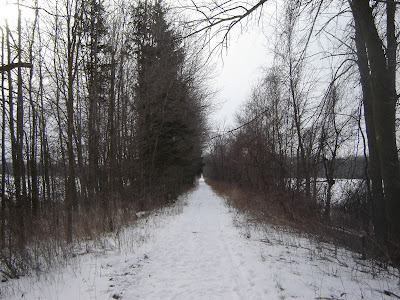 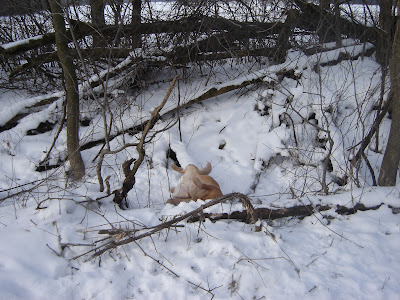 Luckily, the remains that she discovered were well decomposed and frozen. (enough said!)

Then it was time to head home and let the others outside for the afternoon to play in the sunshine.

This is how it usually starts. 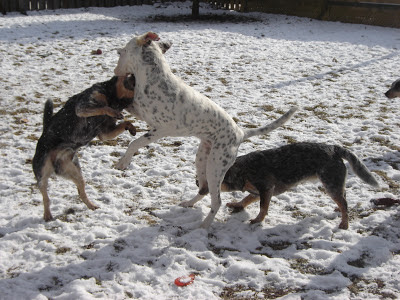 Followed by the chase! 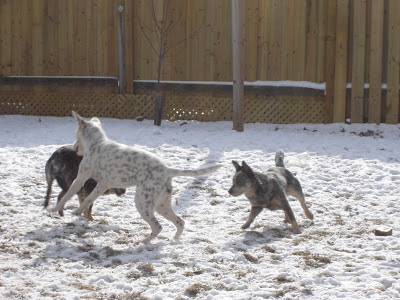 Sometimes these play sessions get a little out of control and I will intervene. Not often though. I am still a bit in awe of how they manage to communicate with each other since Breeze is blind, Azule is deaf and Brook is blind and partly deaf.

Then it was time for a nap before dinner. 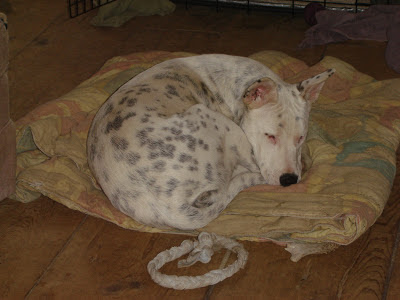