Tied Out and Unhappy

The other day, the weather was mild (for January) and sunny so I decided to get outside and beyond the fenced area to stack some firewood.  Since it was so nice, I thought Callie would like to be out there too.  I grabbed a collar and two tie outs, giving her around forty feet of "freedom" to explore.

I thought it was a good idea.  This is what Callie thought of it. 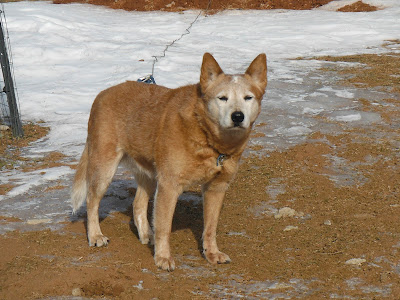 Here is a close-up of that miserable face. 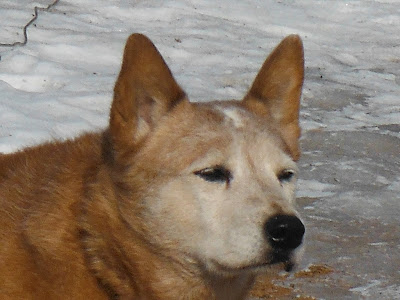 When Callie was coaxed into walking around she walked very stiff with her tail down.  For almost an hour she sat and did nothing. No, there was nothing wrong with her other than be very annoyed at the fact that she was tied out.

I thought it was a good idea, but apparently she did not.
Posted by acd6pack at 11:55