In order to answer the often heard question, "How do you get anything done with all those dogs around?"  I though I would show you an example of how a typical project begins.

The bathroom is very small, open floor space is only about 15 square feet.

Not too bad initially with deaf Azule laying in the doorway, blind/partly deaf Brook and Bill wandering by to see what is going on. 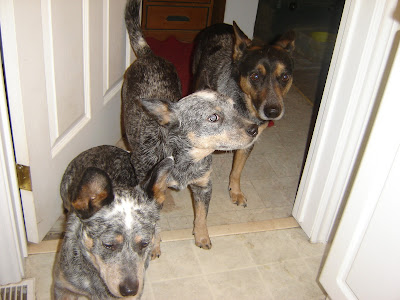 Of course, once two or three arrive, the others are likely to wonder what they are missing. 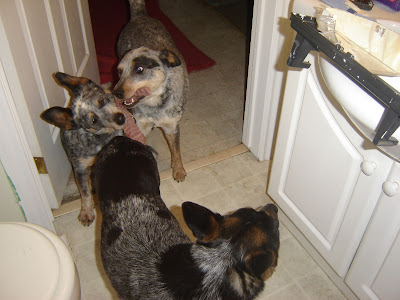 To keep the paint out of reach, I put it in the bathroom sink.  It was the only safe place I could think of! 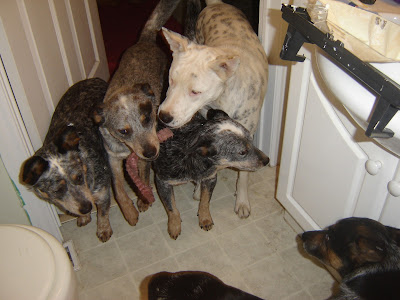 With five dogs in the bathroom, two of them playing tug, Bill acting as if he is trapped against the bathtub (he's a nervous boy) I knew that I was not going to be painting.

That is all it takes, just a normal tone of voice, a finger pointed (for Azule) and off they go. 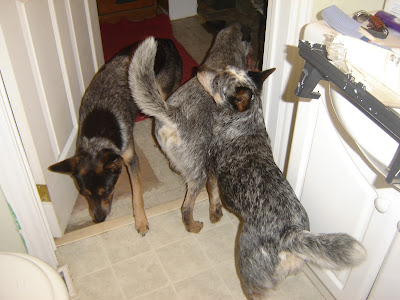 Bill pretended to leave with the others but then came back in.

As they left, I turned toward the tub and saw this... 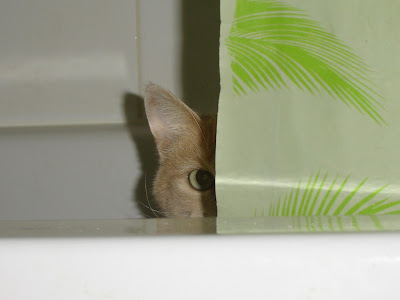